I’ve been out on a few happy hours with friends recently and wanted to do a round-up on the places we went in one post. All of these places I’ve been to a number of times before so there weren’t too many surprises.

The first place was an old stand-by: The Night Light. I’ve been there with my cousin Anna before and I like it because the happy hour runs until 7 and the food is really good. It’s also conveniently located for both of us and I had a Groupon.

I got there a little early and I posted up at an outside table to read my book (“Medium Raw” by Anthony Bourdain). While I was sitting there, a runner came by and stopped at the empty table next to me. She looked around, I could tell she was trying to decide something, and then picked up the jug of water sitting on the table. She gulped it all down and then continued on her way. It was so bizarre and funny!

I ordered a glass of red wine. It was a Gran Sasso: Montepulciano D’Abruzzo. It was an Italian wine full of earthy-gritting flavor. It was a very strong wine. 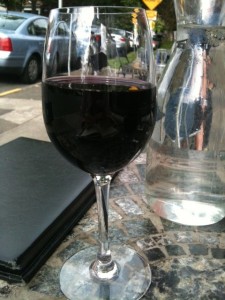 Anna arrived and ordered a Sangria. The presentation was nice with fresh fruit perched on top. I had a sip of it. It was tasty but way too sweet. Anna got the spicy mac n’ cheese from the happy hour menu and I had a bite. I am so ordering that next time! 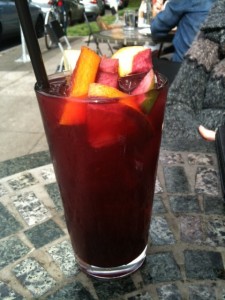 The happy hour menu is good but I was craving a sandwich so I ordered the BLT. It was the typical sandwich on toasted como bread with garlic aioli sauce. The sauce was fantastic. Oh, and there was avocado on it. Messy, but delicious. I ordered fries with it in a moment of weakness, justifying it because I ate a salad for lunch that day, and then regretted getting them. I almost never crave fries. Thankfully Anna helped me eat them. 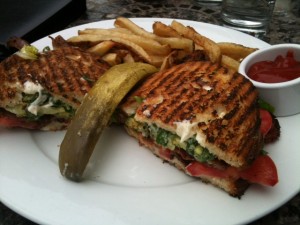 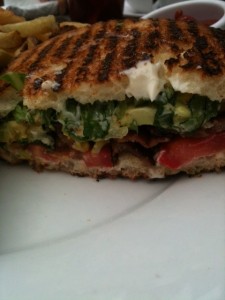 It was nice to catch up with her. I hadn’t seen her in awhile because of a crazy busy schedule and vacation.

I met my friend Sam at Hedge House for happy hour–just a light noshing, not a full dinner. I hadn’t been to Hedge House in probably 8 years. They’ve expanded to include an outdoor picnic area and also a covered outdoor area. I snagged a seat outside in the covered area because even though it was warm and dry out, the clouds looked an awful lot like rain.

I got a 10 ounce beer from their rotating “IPA of the Day” menu. For the life of me I cannot remember the name but it was really good. It was “green something”. Wish I could remember because I enjoyed it’s bitter hoppiness quite a bit. 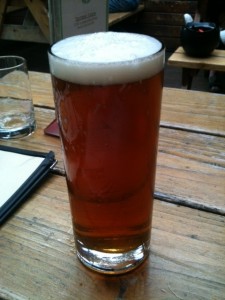 I wanted to share an order of something of the happy hour menu but we ended up getting two things. Sam was on her way to rowing practice after we hung out so she wanted something more substantial.

Sam ordered the Pulled Pork BBQ Sliders. They were super tiny, despite how monstrous they look in this photo (they were about 3 bites). I had one of them. It was good–they put the coleslaw on the sliders and it gave it a nice crunch. The BBQ wasn’t too sweet either. 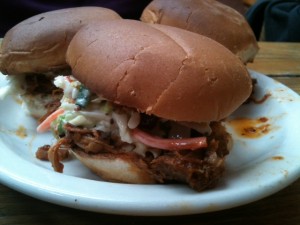 Then we split the hummus platter. This was fantastic! The hummus was creamy and had a zip. There was warm pita bread, lettuce, cucumber slices, tomato chunks and Kalamata olives for dipping. 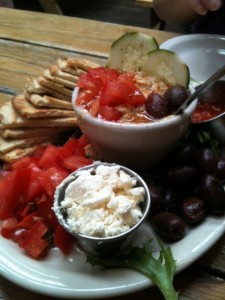 There was also some creamy chunks of feta cheese. There was plenty of food to satisfy, and the sliders weren’t really needed. Sam and I spent some time catching up and commiserating various things and then she had to jet to practice.

My friends Jeep and Rachel were visiting Portland for a few days and Michael and I were able to meet up with them one Saturday evening to catch up. We met them at the hotel they were staying at — Vintage Plaza Hotel — downtown. The place was very cool and trendy looking. The lobby was beautiful! The picture below shows the courtyard in the middle of the lobby. 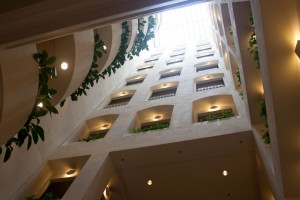 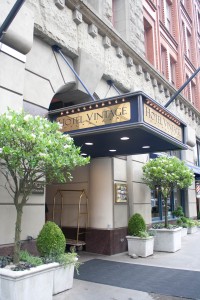 We got happy hour in the hotel restaurant bar. They all got beer and I got a glass of the house Pinot Grigio. We munched on some absolutely delicious bread with olive oil and balsamic. (I was famished! I’d worked out hard that morning and hadn’t eaten enough at lunch time.) The bread was a mixture of focaccia, crusty French bread and a specialty bread that had pimentos baked into it. Michael and I also got the happy hour order of Italian meats and pickled vegetables to go with the bread. 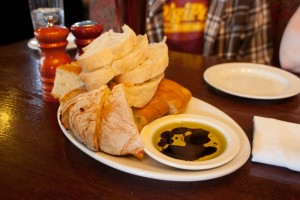 We finished up and did a little club hopping to kill time before dinner. Jeep and Rachel had requested we go to Old Town Pizza for dinner.  I hadn’t been there in years. Supposedly it’s haunted and that’s why they wanted to go there. Unfortunately we did not see any ghosts! We all shared a pitcher of beer and ordered two small pizzas. 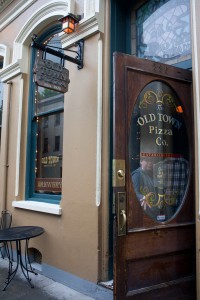 And they were very small! Which is probably what I liked best about them. The first was a pepperoni and black olives and the second pizza was artichokes, feta, tomatoes and olives. 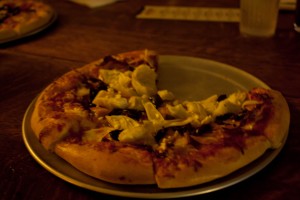 The pizzas were alright but nothing special. The toppings were fantastic and tasted great but the dough was chewy and not especially flavorful. Our friends agreed that it was just alright.

With the arrival of summer (finally) I am on the quest for a good happy hour place with outdoor seating. I want to spend as much time as I can outside!

QUESTION: What is your favorite happy hour snack and drink? 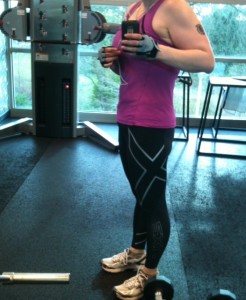 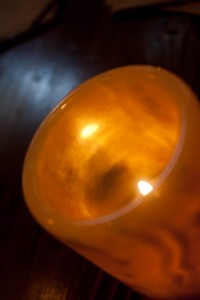 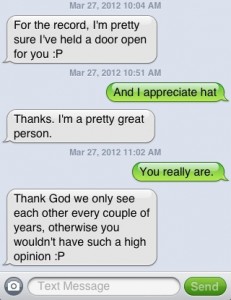 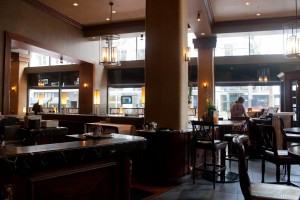 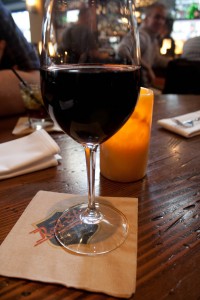 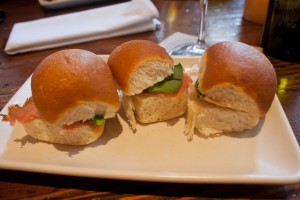 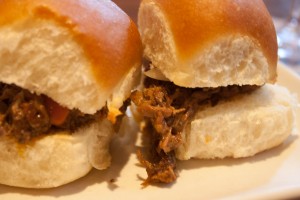 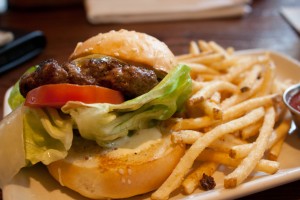