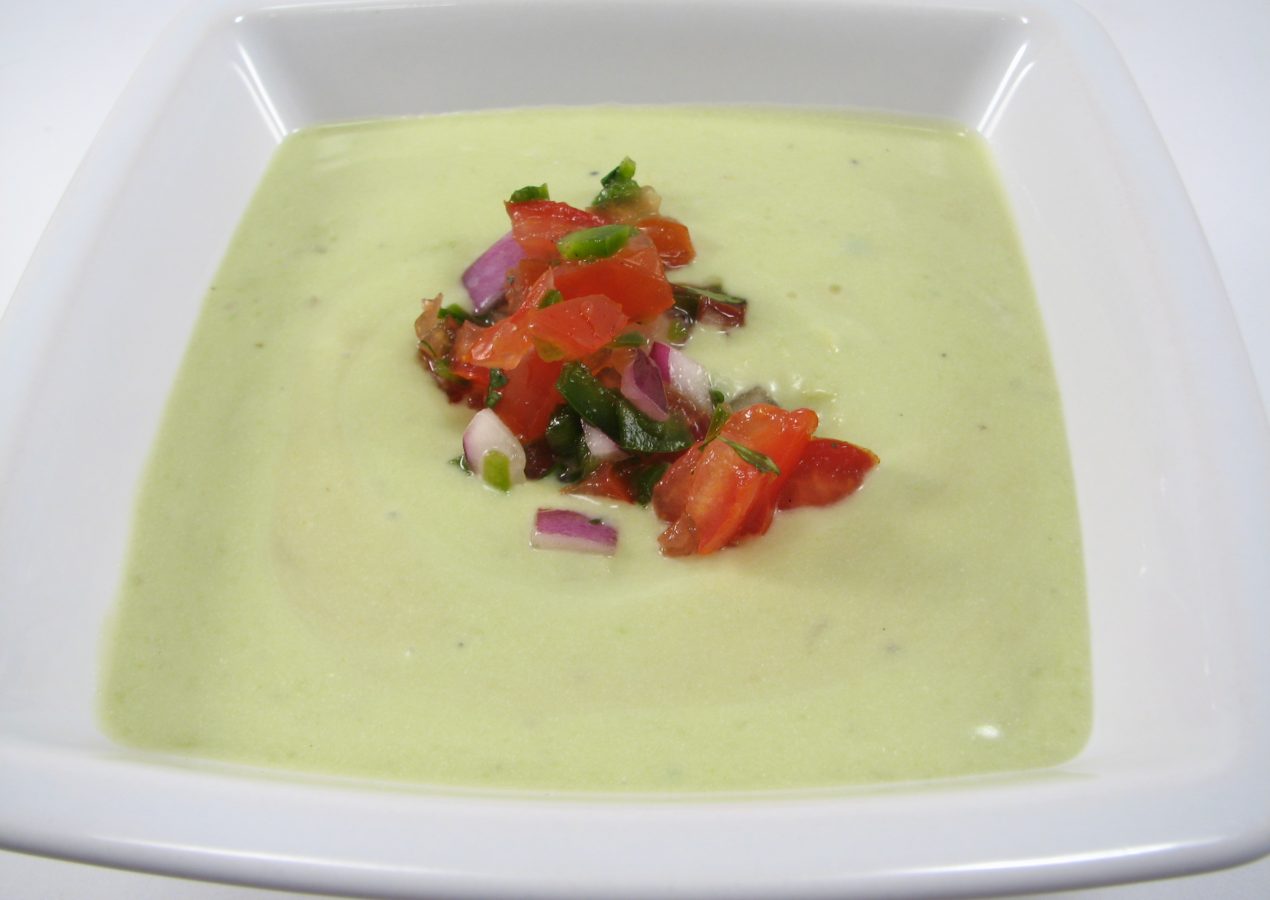 For about a month or so I secretly plotted a surprise dinner for Michael’s 36th birthday. I was inspired by Kristina’s four course dinner for Valentine’s Day. I emailed my brother, the foodie and wine pairing expert in my life, and we emailed and chatted for a month about the menu.

My bro at his wedding

I like surprising Michael for his birthday. It’s fun being sneaky. 🙂

This was by far the most complicated kitchen thing I’ve ever attempted on my own. A close second would be the time I cooked an entire chicken all by myself as a surprise to Michael.

Andy’s expertise: “Using a lot of the same wines means you are working with very similar flavor matching profiles which should bode well for the overall synergy of the meal. The foods we have been talking about are all quite light and delicate and will call mostly for white wines. The ham course would probably stand up to a medium red like a Pinot Noir but I would definitely think twice before going for the young Zin. I think the Pinot Noir would be a good choice to bridge the whites and build up to the Port; if you go with three whites the port will punch you in the face like Mike Tyson in a bad mood.

Think of wine/course pairings as stairs. You want to go one step at a time, maybe two, but if you start trying to go up the stairs 5 at a time you wont be successful. I think Riesling –>Sauv Blanc- -> Pinot Noir- -> Port would be alright. It is still a bit of a step from the Pinot to the Port but the Madeira should help add some sweetness and strength to the sauce to help bridge that gap.”

The following is the creation by moi.

A little mood music with Frank Sinatra, candlelight and flowers.

Andy’s Wine Suggestions (must be white): Riesling, Pinot Gris, Sauvignon Blanc. A German Riesling would be best but the other two fit quite well, too.

The salad was a sweet start to the dinner and the wine was the perfect accompaniment. The white wine was crisp and refreshing, not sweet at all like a Riesling would have been.

Push the avocados through a fine sieve. Place the avocado puree in a mixing bowl. Add the lime juice. Gradually add the chicken stock, stirring constantly.

When the avocado has been thoroughly blended with the broth, slowly add the crema. The mixture should be smooth and creamy. Season with salt and pepper.

Chill the soup until cold and serve in chilled bowls. Pass the Salsa Fresca to use as garnish

Whisk the cream and the buttermilk together in a bowl. Cover and set in a warm place (a gas oven with just the heat from the pilot light is fine) for 8 hours. Crema may be kept in the refrigerator for as long as a week.

Combine all of the ingredients in a mixing bowl. Stir and toss well. Store in a covered container in the refrigerator no more than 1 day.

The Crema sat out on the counter overnight. It was buttermilk and heavy cream whisked together. When I checked on it the next day it smelled liked sour cream. I tasted it and it was a milder version of sour cream! I think I discovered how to make sour cream from scratch and I might do it again in the future.

The avocado mixture was extra creamy and smooth. I added the chicken broth and lime juice. And then folded in the Crema. I let the avocado soup chill in the fridge for a few hours.

While that was happening I made the Salsa Fresca.

I was really excited about the soup. It was so creamy, the colors were inviting. But the soup fell flat for both of us. First, the avocado to chicken broth ratio was way off. Instead of tasting like avocado and cream, it tasted like chicken soup. Meh. We both tried to eat it but eventually gave up. I think instead of the chicken broth vegetable broth (and less of it) would have been better.

On the plus side, the Salsa Fresca was fantastic! We gave up on the soup and had another glass of wine instead. 😉 They can’t all be winners.

Michael opened some of his birthday presents and then I got geared up for the other two courses!