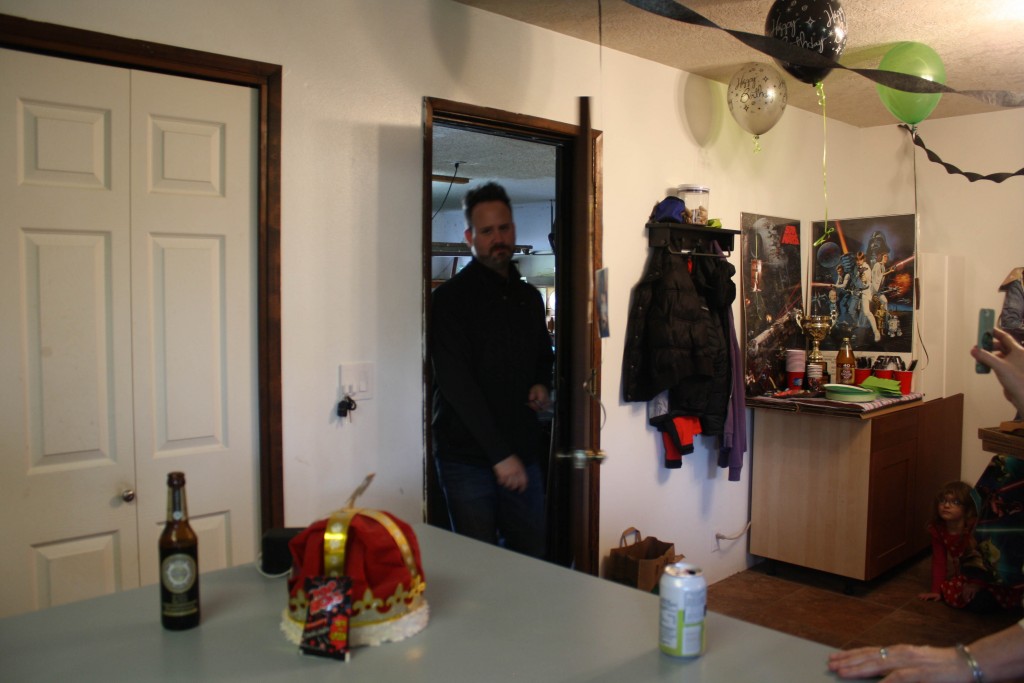 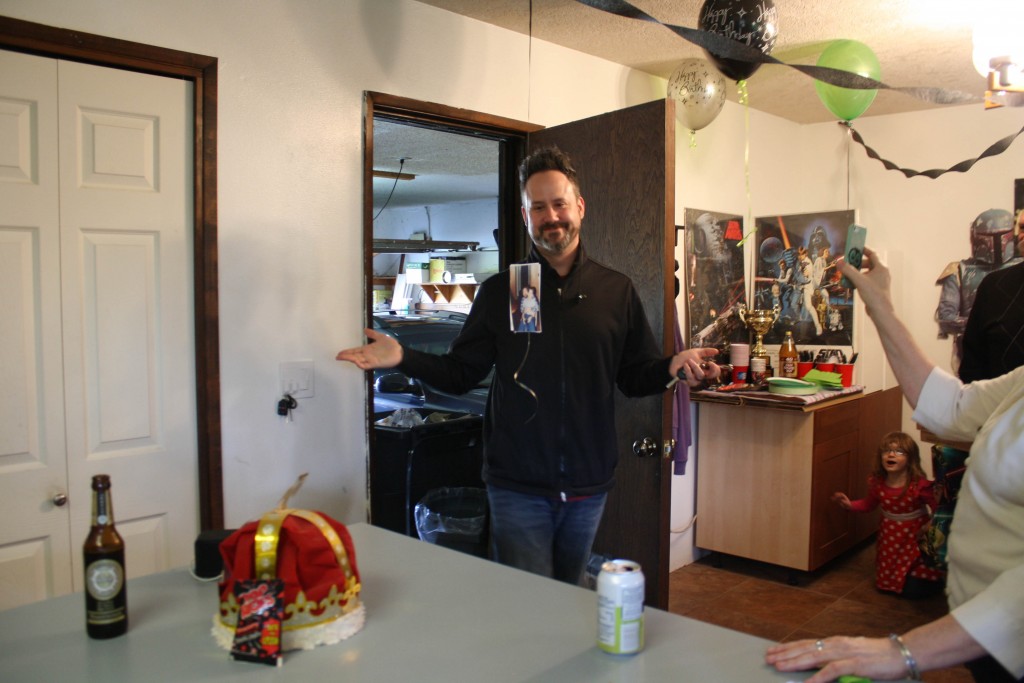 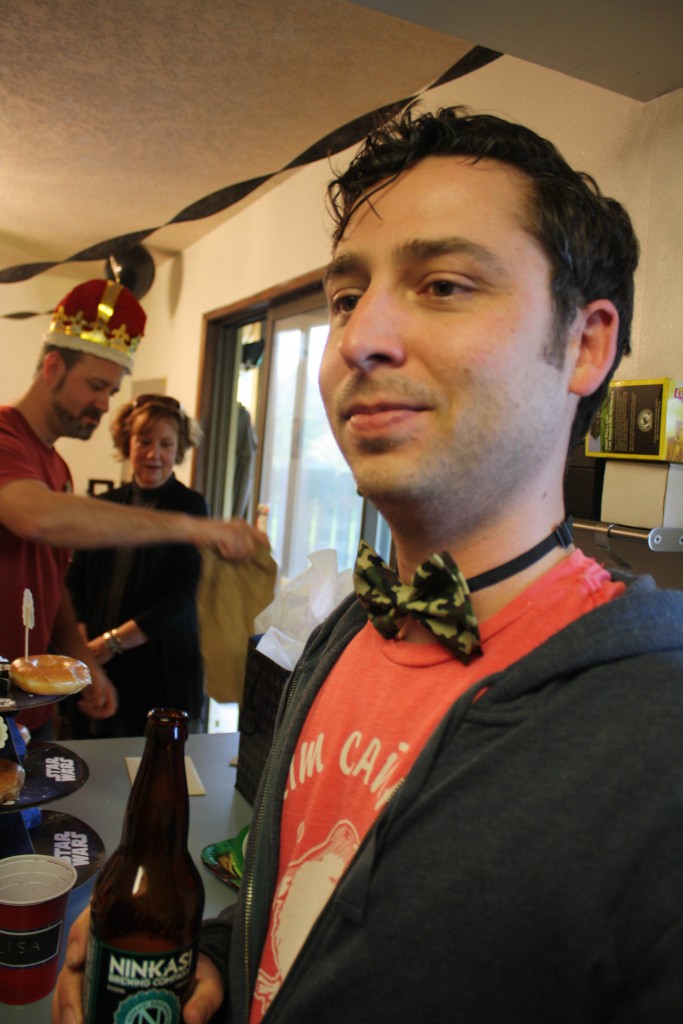 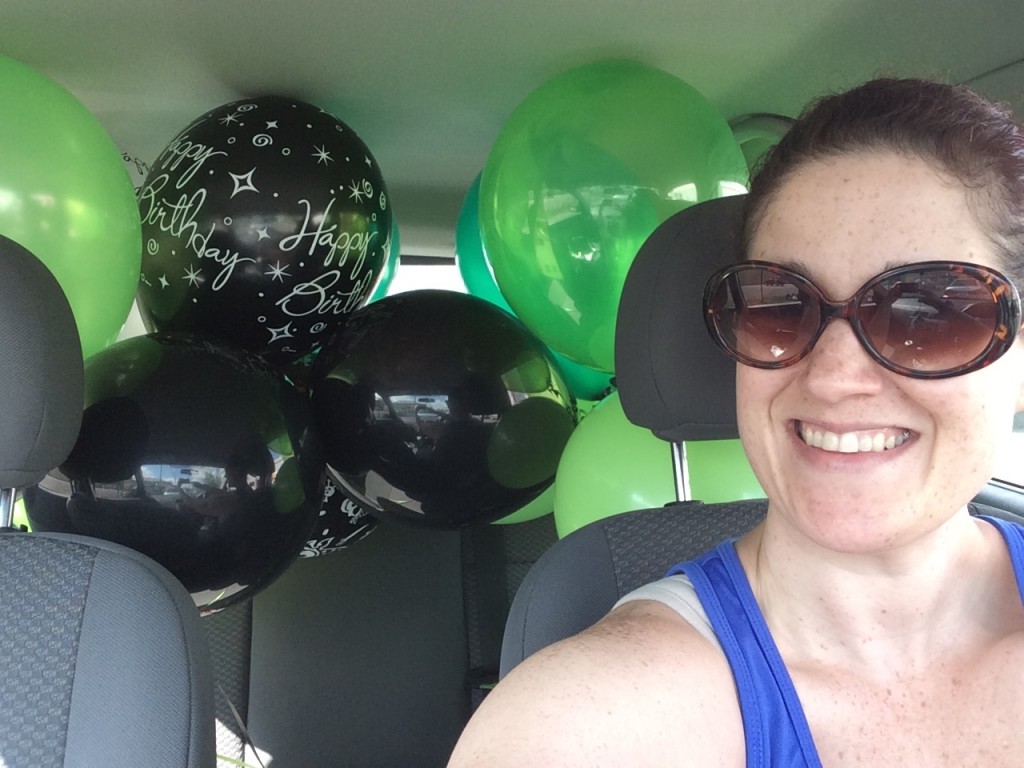 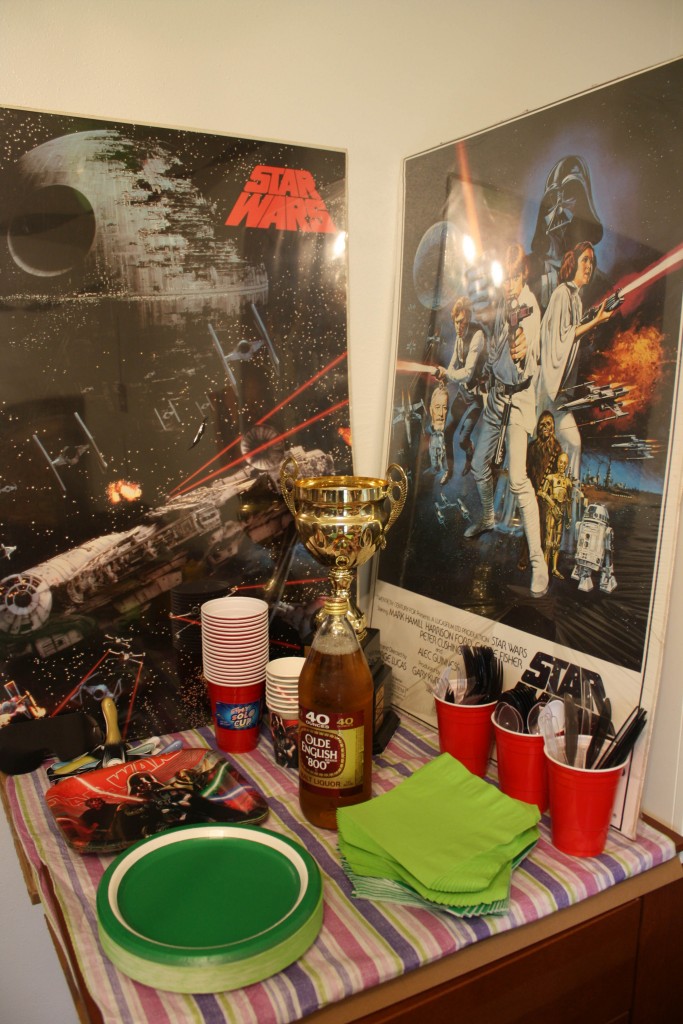 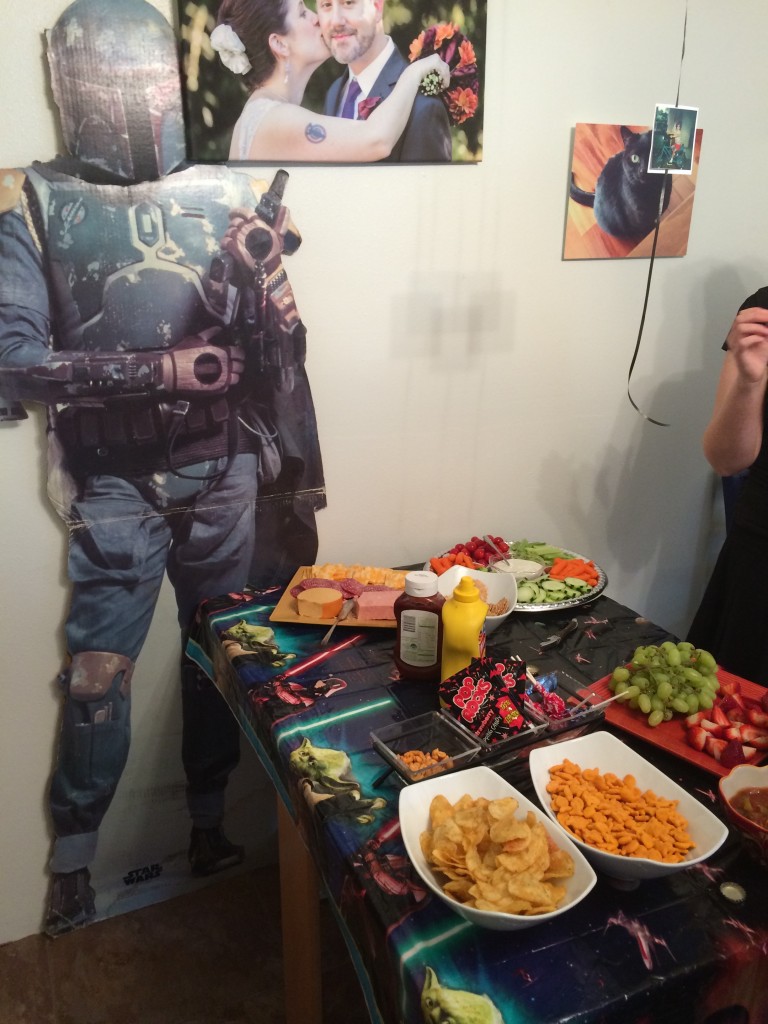 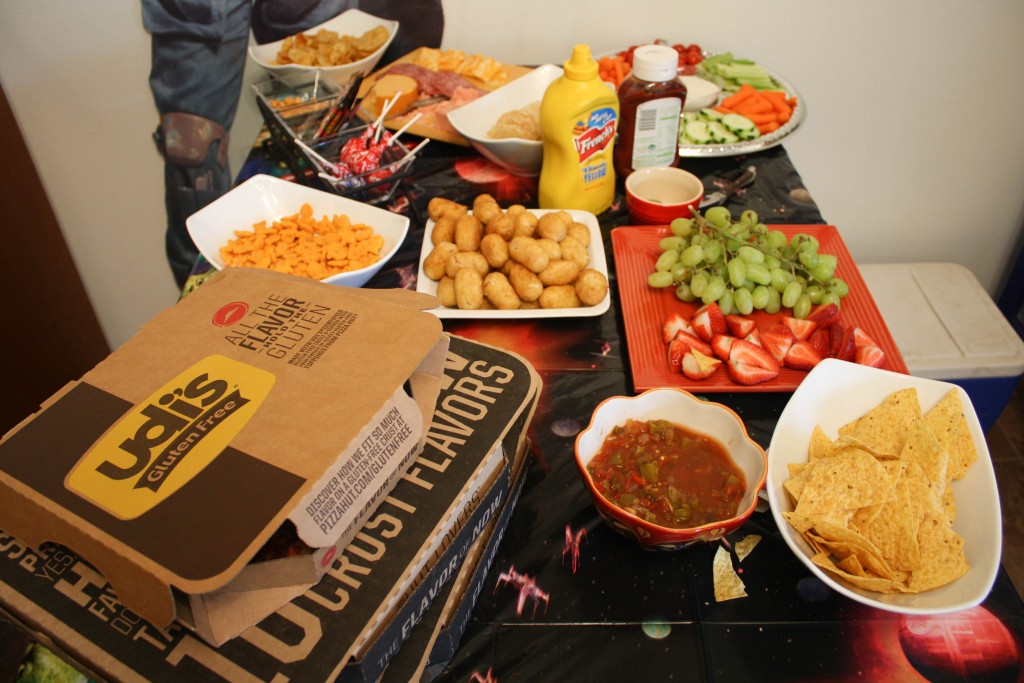 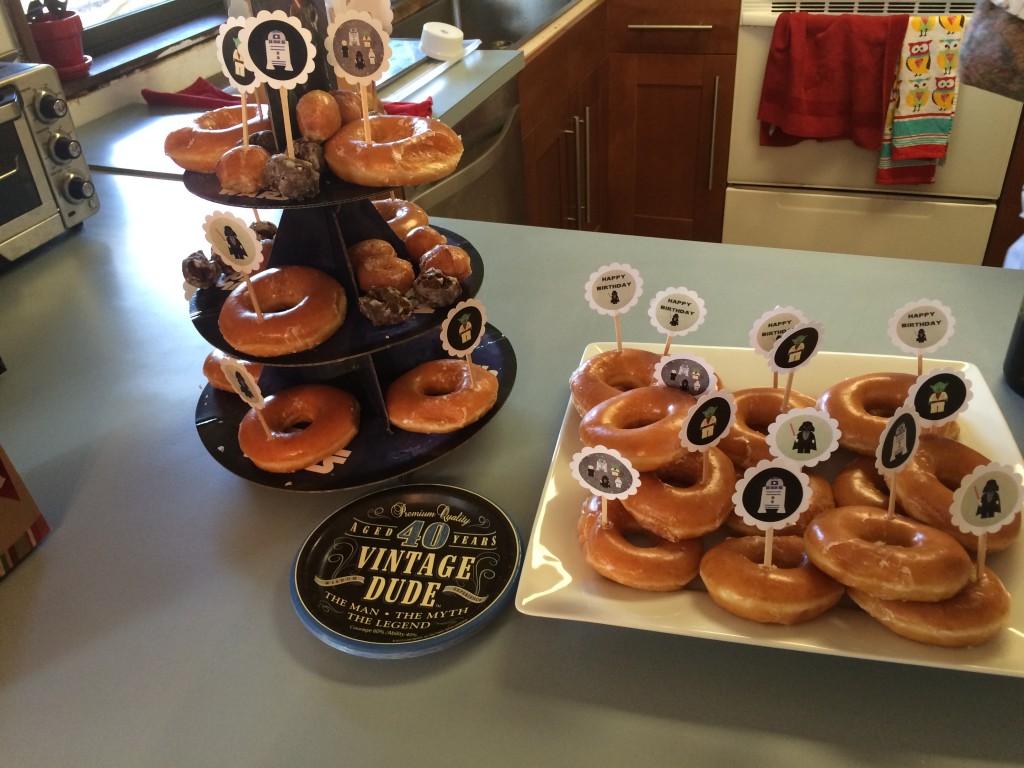 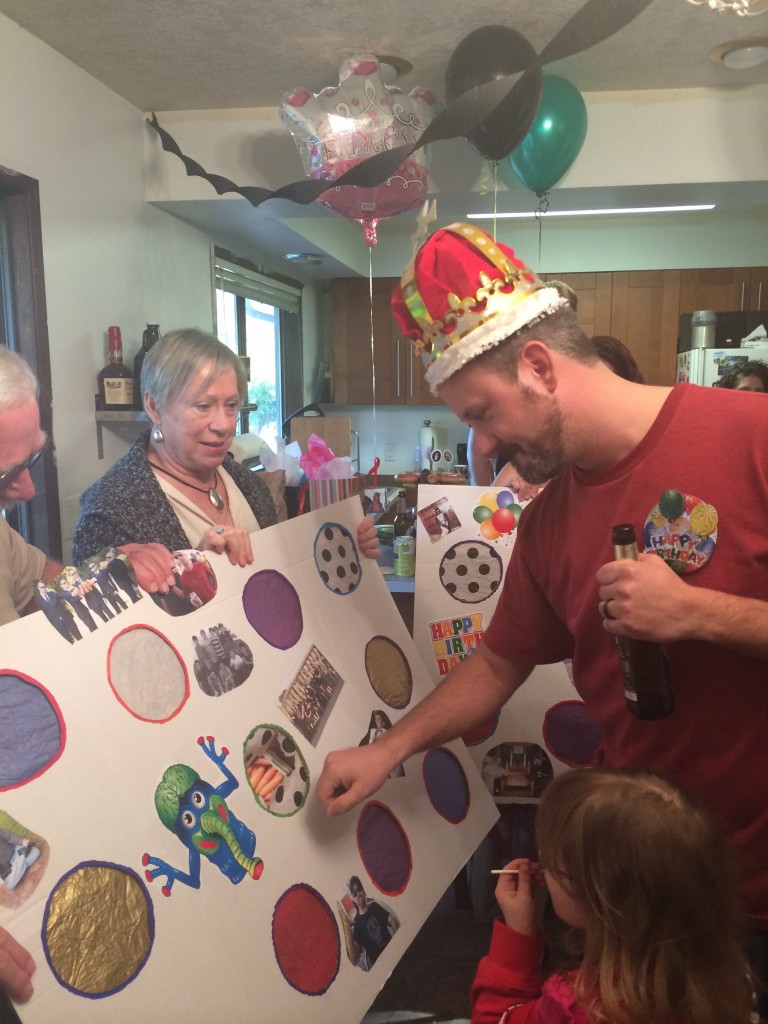 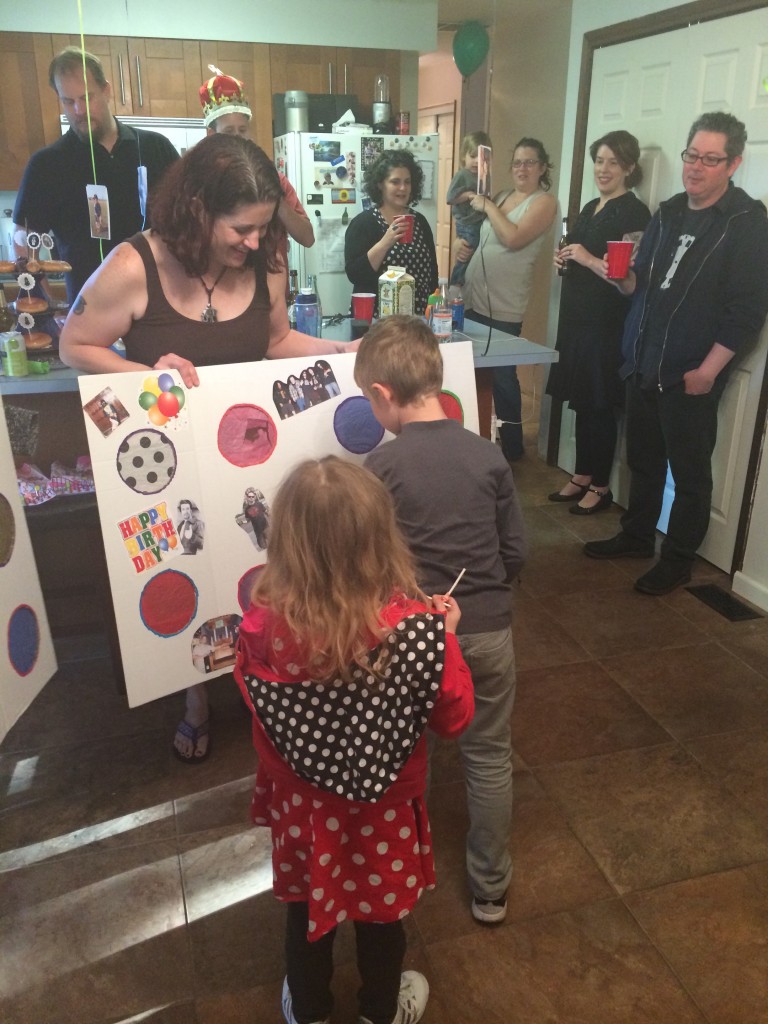 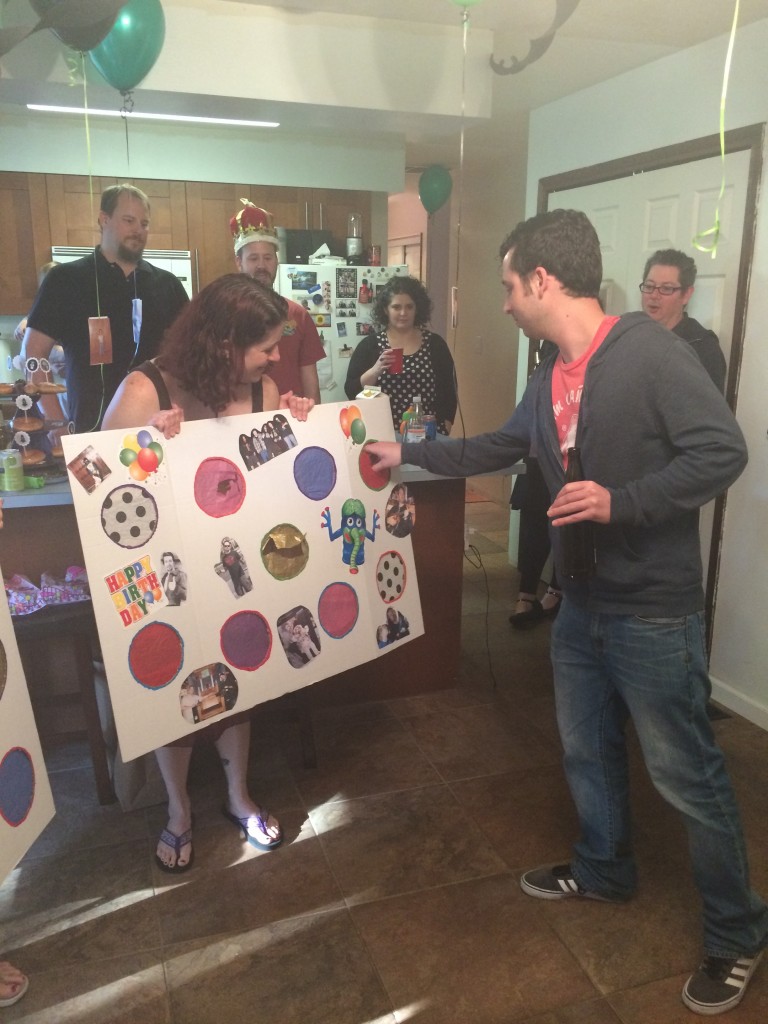 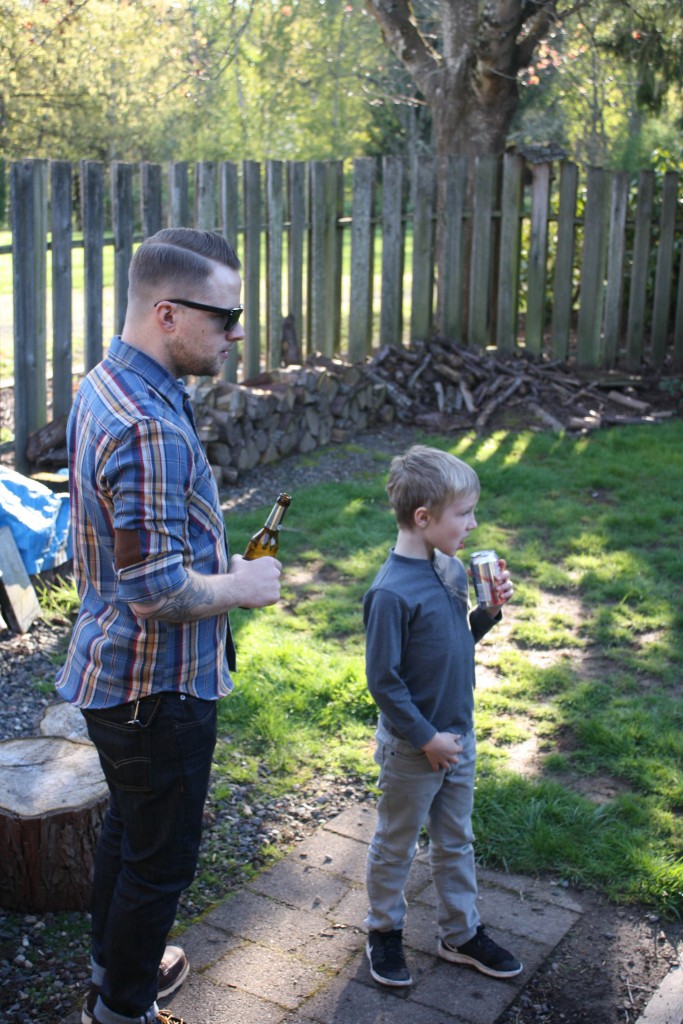 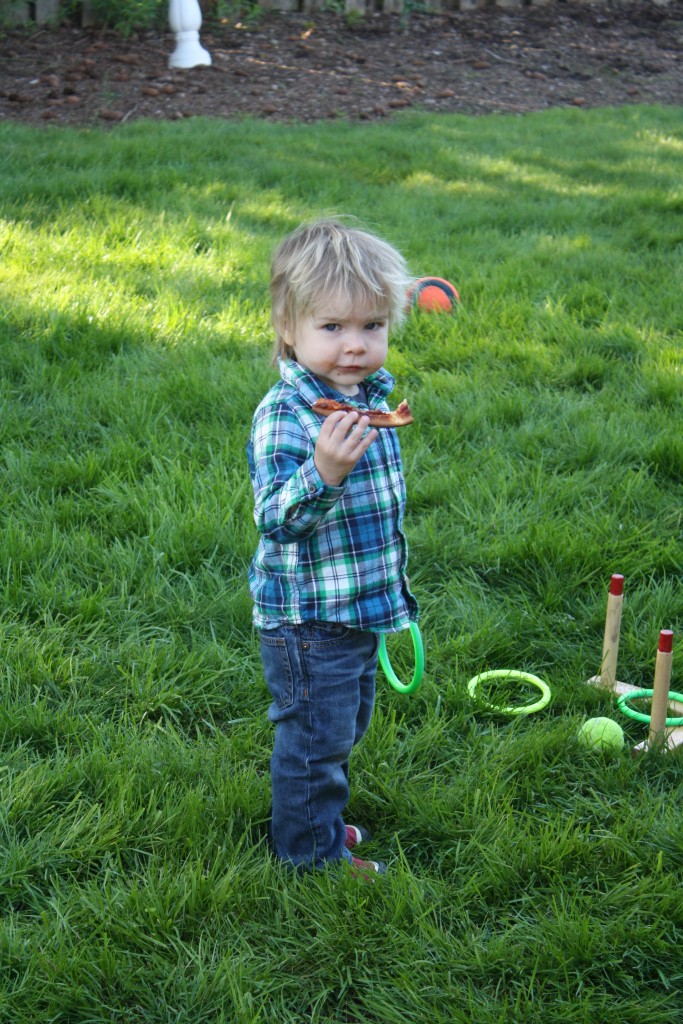 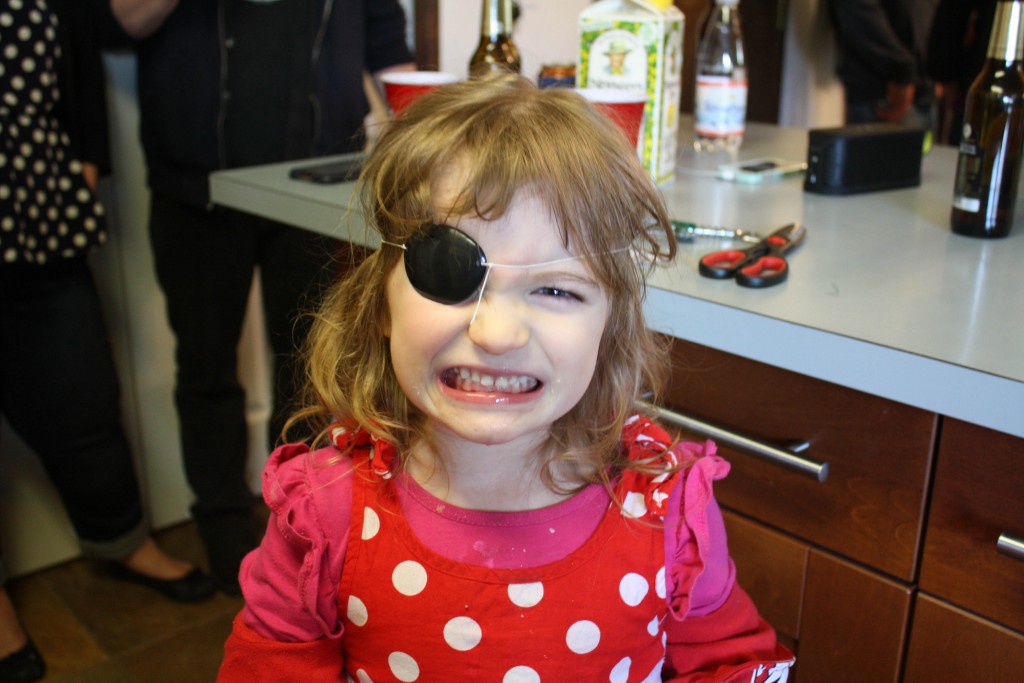 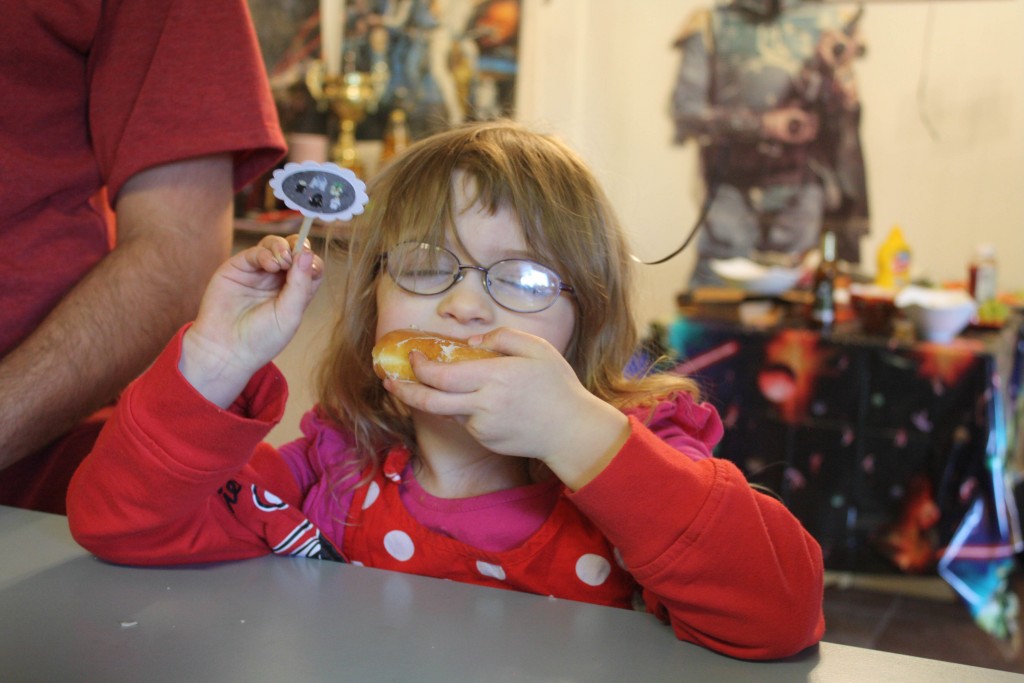 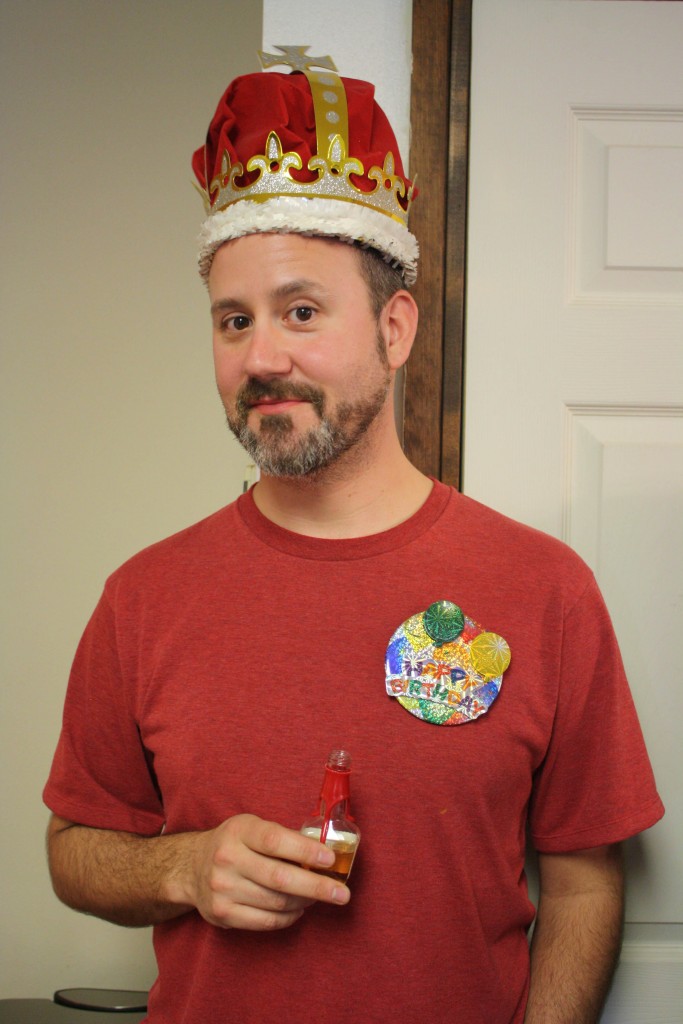 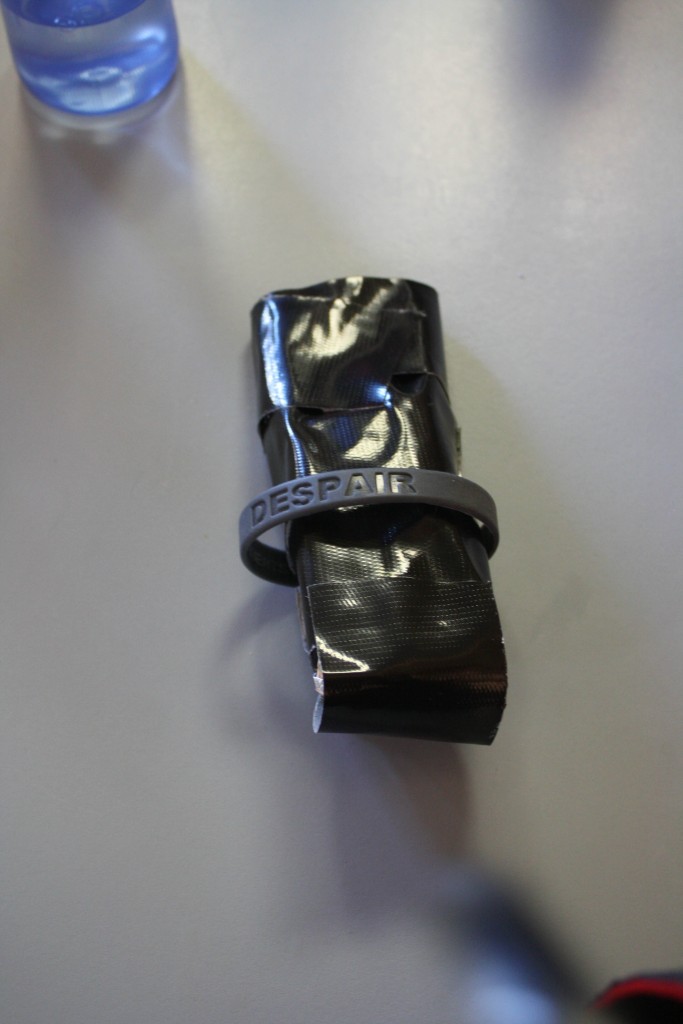 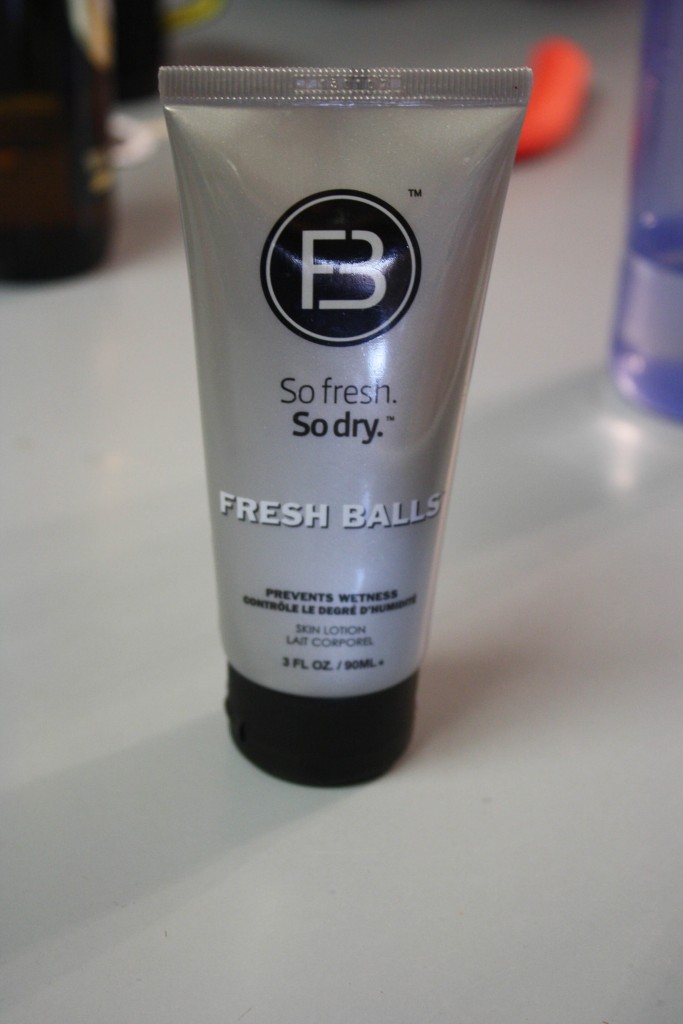 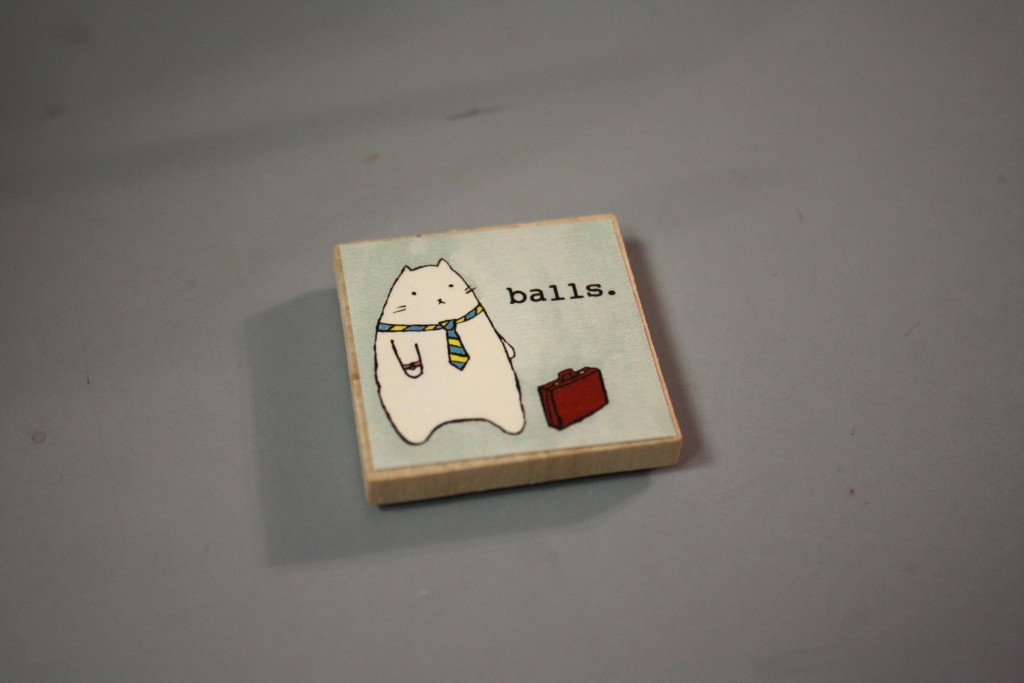 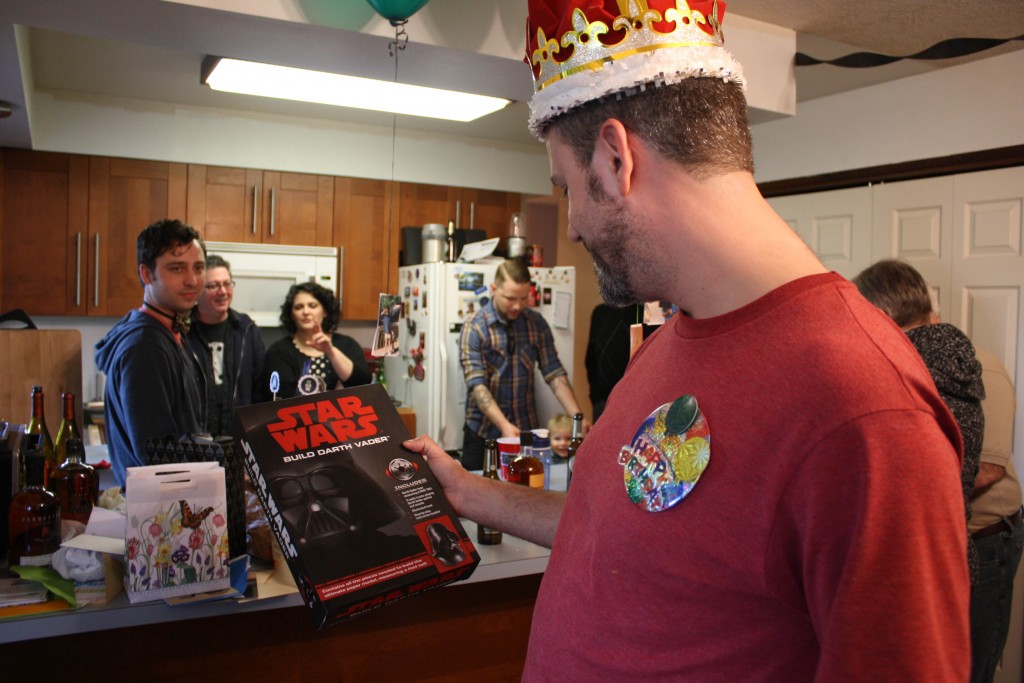 Sunday was a mixed bag. The not so fun part was having to take all the animals to the vet. It was for their annual exam but the cats were going to be under anesthesia for their teeth cleaning. It’s important, especially for Maya because she had to have two tooth removed a few years ago, but it still makes me nervous! 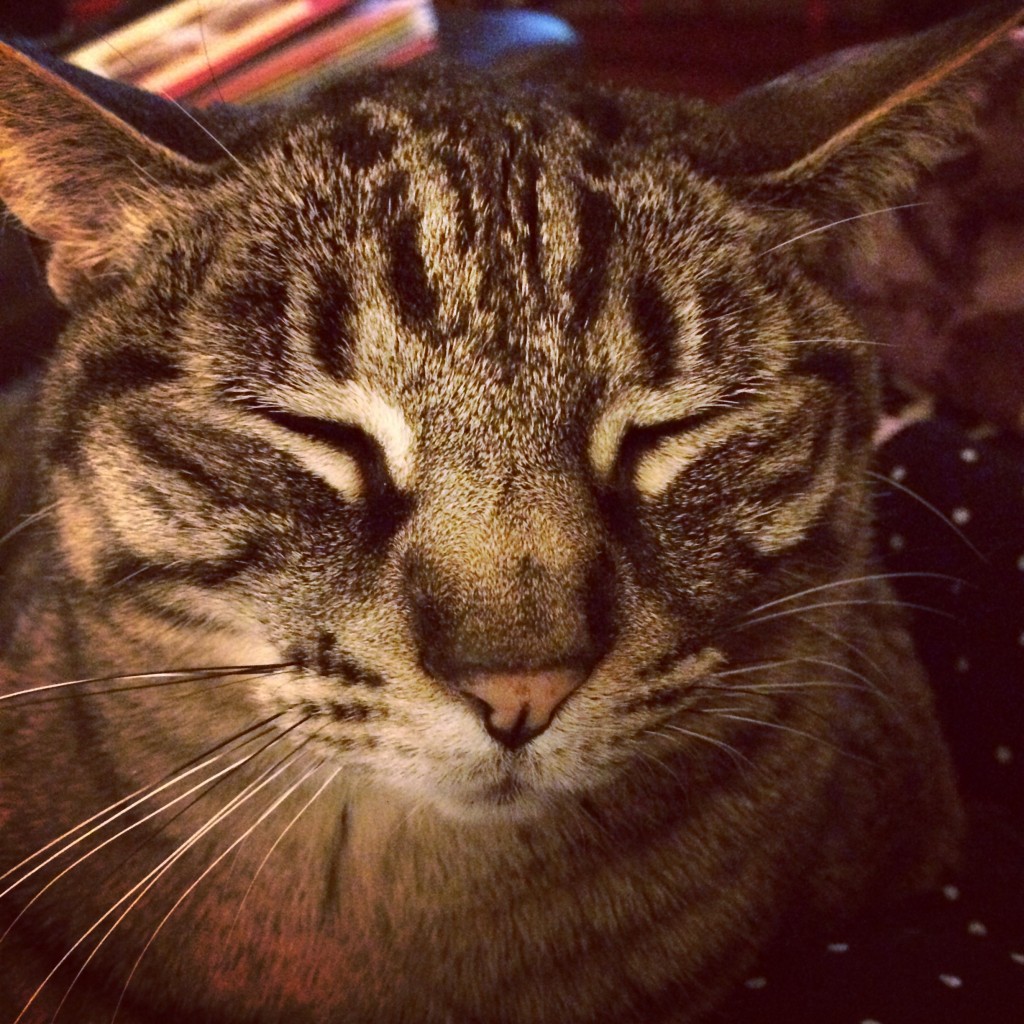 It was weird not having the pets in the house. It felt very empty without them. Bella did well and got a bandana from the vet when we picked her up. I think it was the equivalent of getting a lollipop from the doctor’s office. Bella wasn’t a fan of the bandana and kept trying to bite it to get it off. 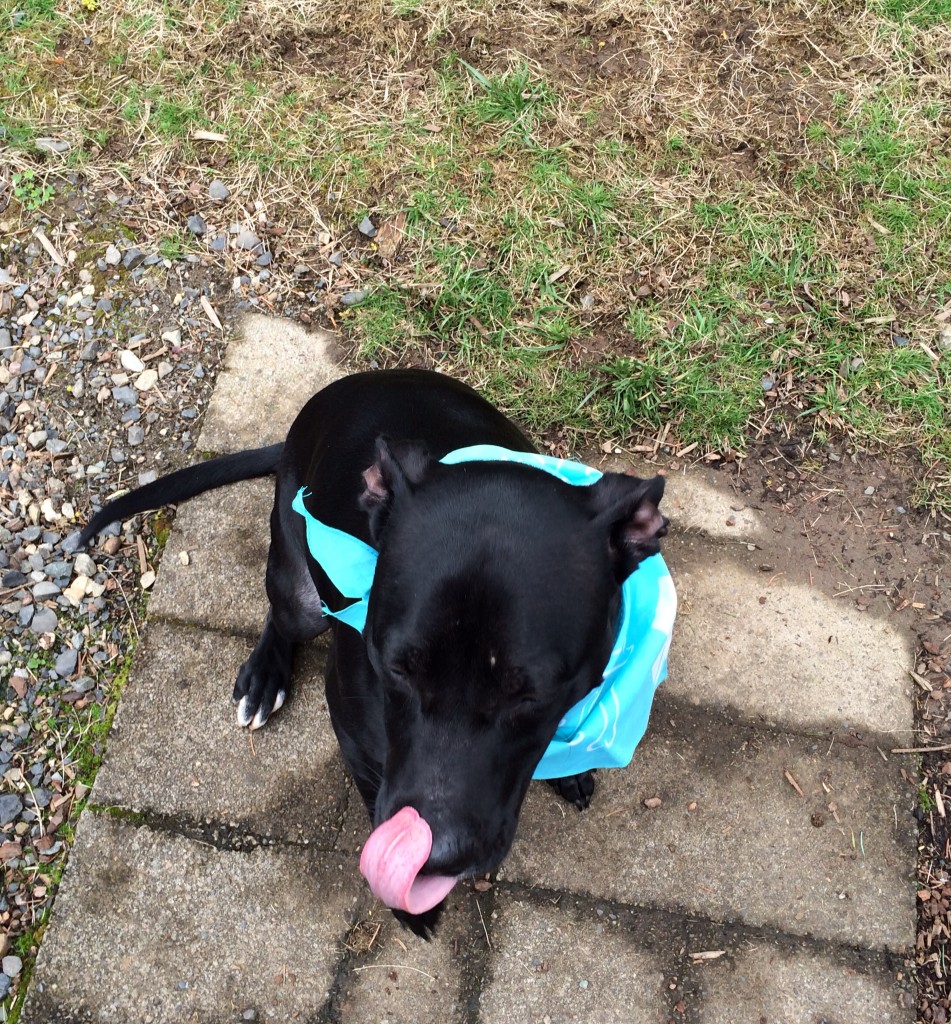 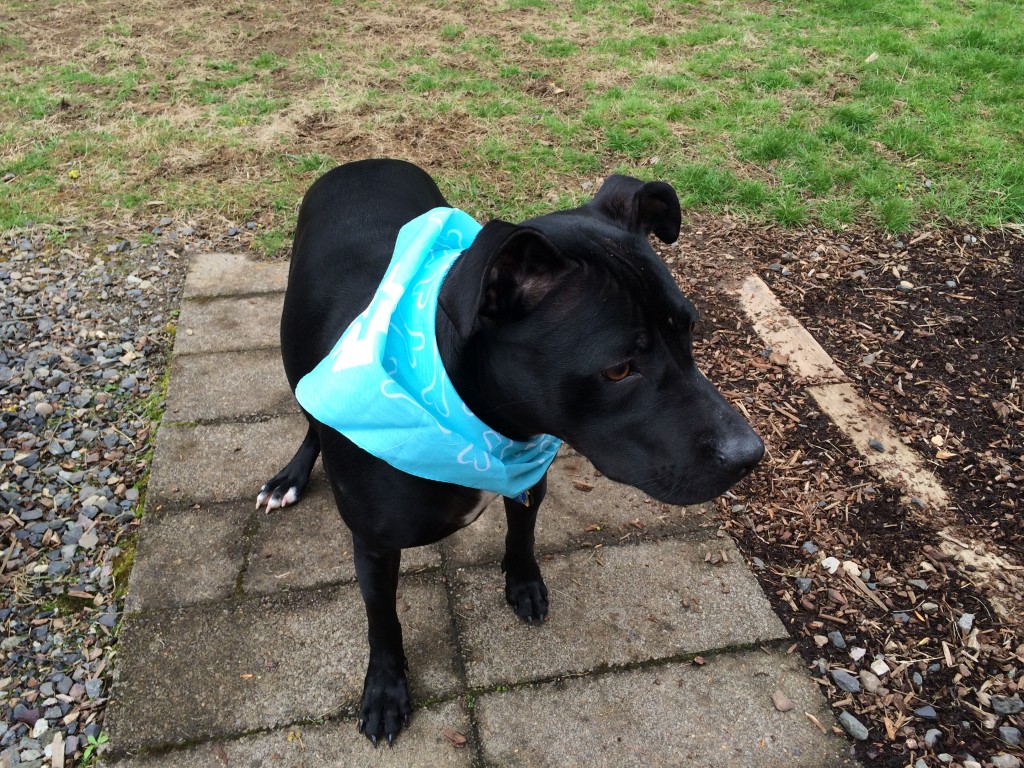 I was so glad when all the beasts were back home! Everyone had a good checkup. Fat Kitty has actually lost about a pound since his last visit. I don’t know if that is due to running away from Bella or the new “interactive” feeder I got the cats that is supposed to slow them down and make them eat less. Either way, I am happy that everyone is healthy!

After all the pet stuff was done, I took Michael out for dinner for his birthday! We went to Iorio. Partly because I had a Groupon for it and partly because it’s one of our favorite restaurants. Great service and great food every time. I goofed and didn’t make reservations and when I tried, they were all booked up for days! 🙁 Thankfully, we still got in. We went early (they’d just opened up for the night) and were able to snag some spots at the bar. 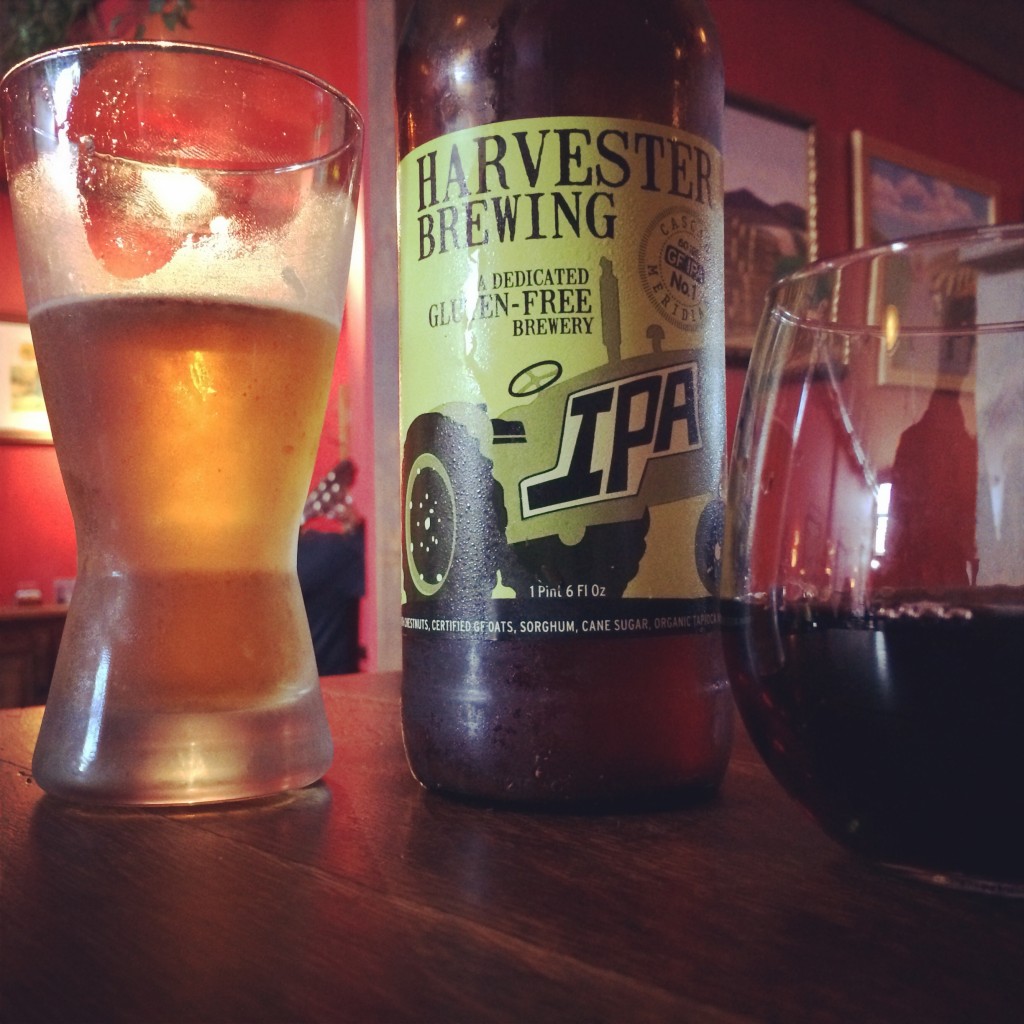 The bar seating was nice and not too bad. There was a lot of space and it still felt intimate. We were also right by the live entertainment. There was a guy there playing flamenco guitar and he sounded fantastic! Michael remarked that he was a really good guitarist (and Michael would know). Look at the birthday boy being goofy: 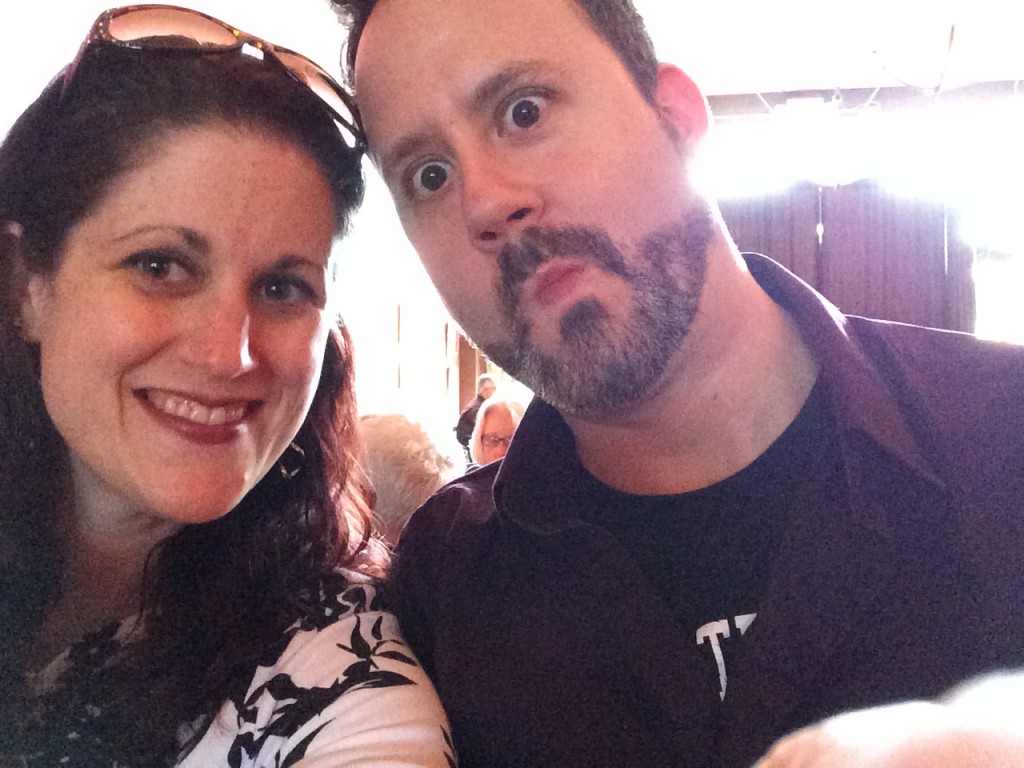 So we dined at 5:30pm with the other blue hairs. Exciting life, eh? Anyways. One of the things I like about Iorio is that have a LOT of gluten free options. Most of their pasta can be made gluten free and they have GF beer options, too. I got a glass of a a Sangiovese-Cab blend that was sweet and smooth and Michael got a gluten free beer. We skipped the appetizers because both of us had a large lunch. 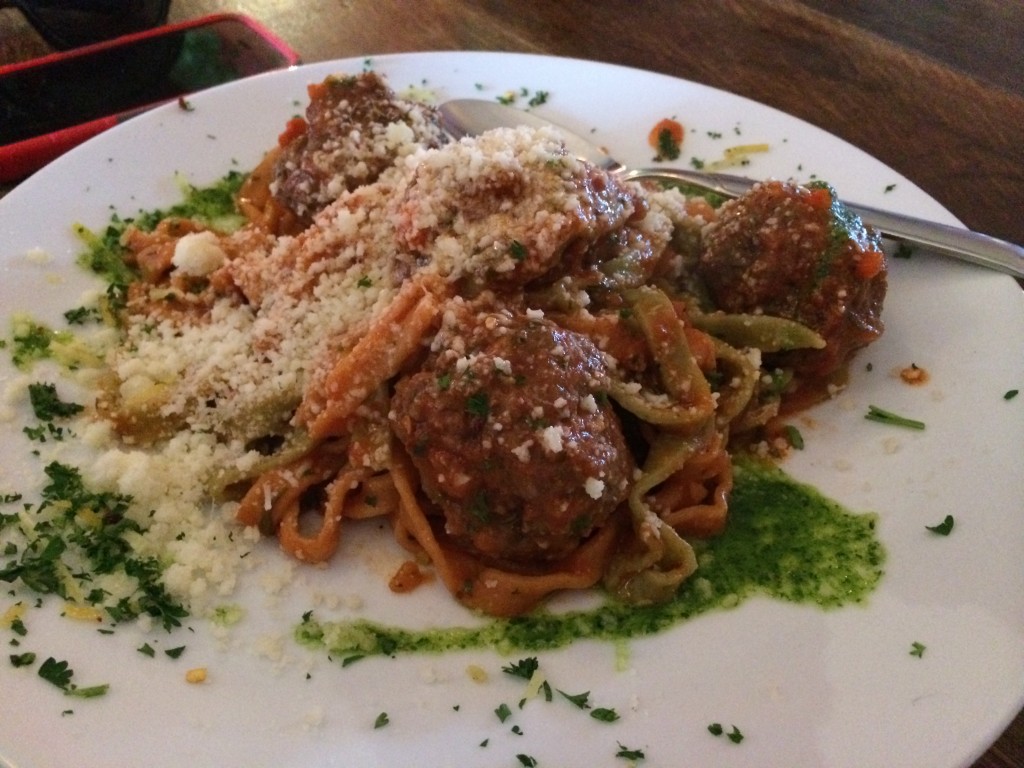 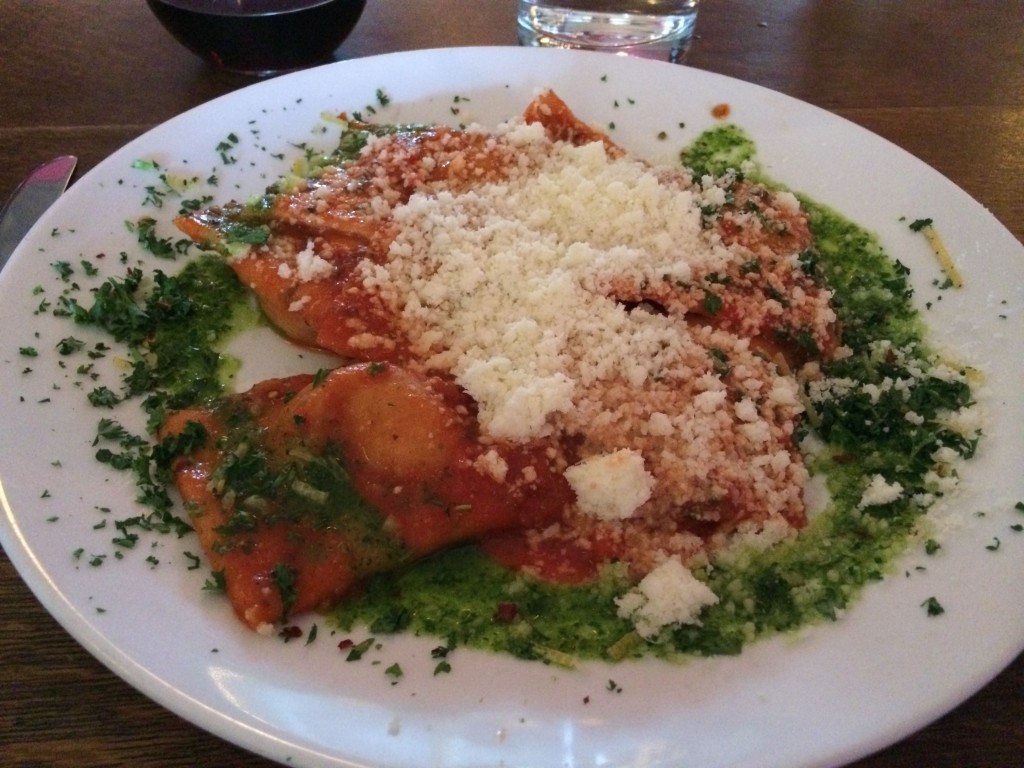 I struggled with deciding what dish to get. At first I was going to get their soup of the day — butternut squash bisque topped with candied walnuts. It sounded divine!!! I love butternut squash bisque! But in the end, they won me over with their Ravioli of the Day. I think it’s what I get every time we go there because it always sounds good. This time it was filled with braised short rib meat and caramelized onions. It was topped with a marinara sauce, lots of fresh parsley and basil and pecorino cheese on top. My dinner was outstanding! I ate very single bite and didn’t regret it at all (ok, maybe a teeny tiny bit later when my pants felt a little tight). 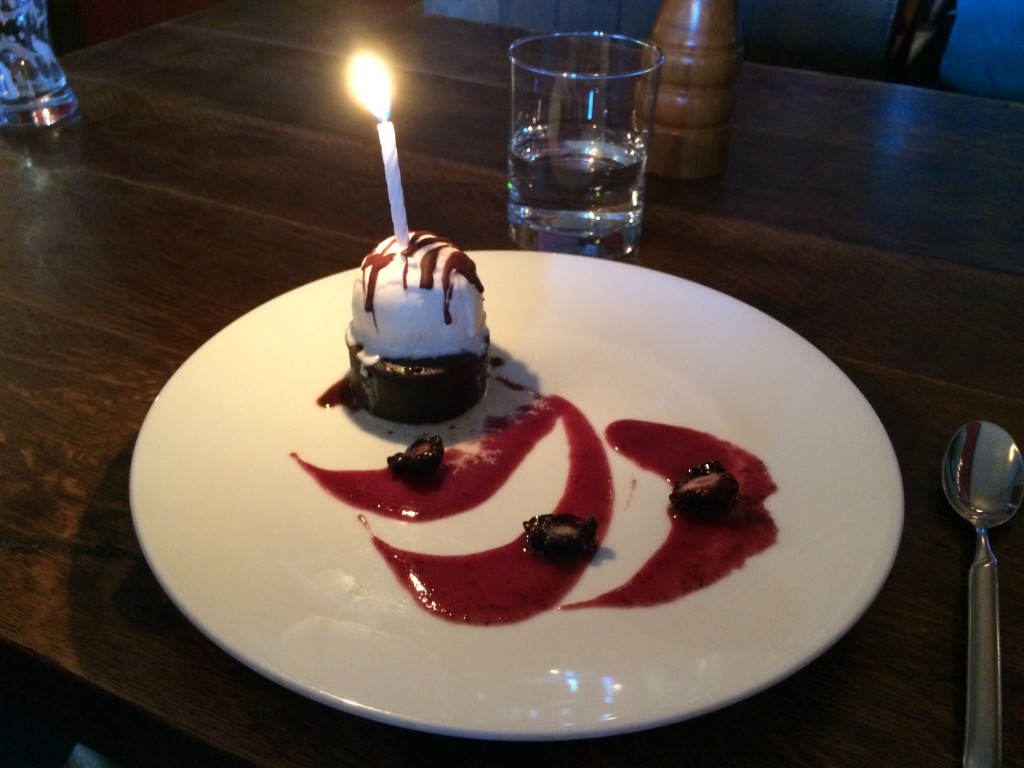 Michael and I shared a dessert. Flourless chocolate cake topped with vanilla ice cream, crunchy chocolate sauce, raspberry sauce and fresh blackberries. It was magnificent.  Small enough not to overpower but also small enough to make you wish you’d ordered two. I was glad we’d split it. It was very rich—melting into a pool of chocolate sauce when you forked into the center of it. Like molten lava chocolate. Mmmm so good!

I’m so thankful that I met Michael 6 years ago (has it really been that long?!?!) and that in a few months we’ll be married. I can’t wait to celebrate many more birthdays together. 🙂 Okay, enough gooey stuff. We left the restaurant full of good food and chocolate and it was still light out. Yep, we were done with dinner by 6:45. Man, when did we get so old? Back home to let Bella out and then we just chilled for a bit. I think we might go see a movie tonight for Michael’s official birthday.