All week long I anxiously awaited for the weekend–and not just ’cause I was “working for the weekend” like everyone else…but there were rumors of 90 DEGREE TEMPS in Portland!! I was skeptical. There was no way Portland was going to go from rainy and 60 degrees to 90 degrees in just a few days, right? Saturday arrived and the weather was supposed to be sunny and 85 degrees. I’ll take it! Michael and I decided to go for a long bike ride. I skipped the gym Saturday morning and made us a big breakfast. 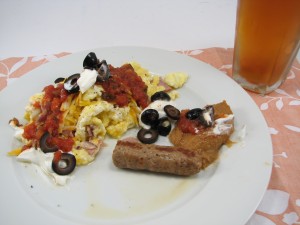 I scrambled 3 whole eggs and 3 egg whites with chopped Canadian bacon (3 small slices), chopped red onion and some shredded cheese. I topped it with salsa, a scoop of sour cream and black olives. On the side was 1 turkey sausage and a spoonful of beans (for Michael’s 4 Hour Body diet requirement). It was a large breakfast but packed with protein for the impending bike ride. I let breakfast digest for a bit and then we headed out into the sunshine! 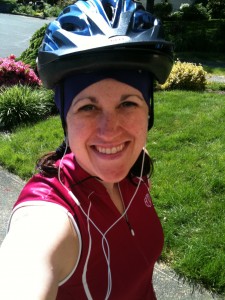 We rode down our street, across the highway and then through neighborhood backstreets. The route we take is fairly safe although there are not a lot of bike lanes. The traffic is light and the speed limit is slow. We rode passed Bob’s Red Mill and Dave’s Killer Bread (it smelled awesome). 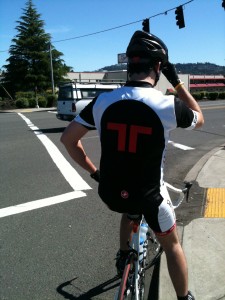 We rode toward Johnson Creek when I realized I had an equipment malfunction! The strap on my pedal broke! It’s been fraying for awhile but I had no idea it was close to snapping. 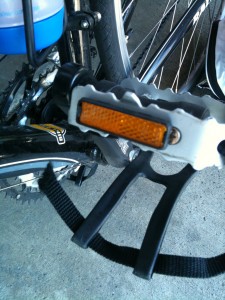 Luckily we were near a corner mini mart so we stopped and I bought some electrical tape (they didn’t have duct tape) and I jerry-rigged it. We continued on to Johnson Creek and took the Springwater Trail east. 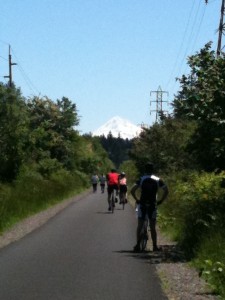 Going East often means less people on the trail. There were quite a lot of people out since it was so nice out, but it wasn’t overly crowded. It was, however, windy! It was like riding into a wall of wind. It was a struggle. We rode for awhile and then stopped for a break. 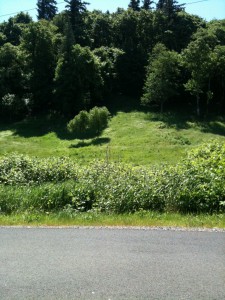 It was hot out but the breeze and wind felt nice. I ate one of my GUs because I’d burned about 600 calories at that point and riding into the wind was pretty brutal. My stamina was starting to wain. 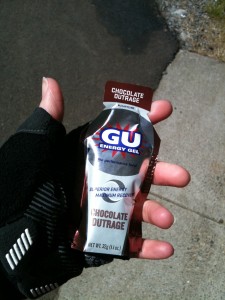 We rested for about ten minutes or so and discussed where we wanted to ride to get lunch. The place I wanted to go to required riding up a HUMONGOUS hill. Neither of us could think of an alternative way to get around the hill so we had to come up with other lunch options. Sellwood would be easiest. 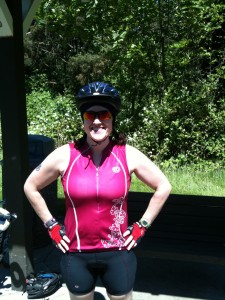 I was so happy to be able to wear my summer cycling clothes! I wore my new sleeveless shirt and YES I slathered on the SPF 50 before we left the house. I reapplied the sunscreen while we rested and then we set off back West to go to Sellwood. 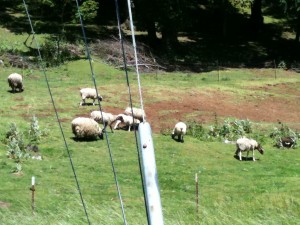 We were out in the middle of farmland (and city roads which is funny). I saw tons of horses and these sheep. That was pretty cool to see so close. The ride West was much easier. It’s slightly downhill and we had the wind to our back. Thankfully. We rode west on the Springwater Trail and into the streets of Sellwood. 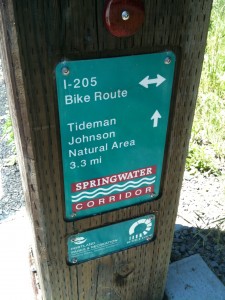 Lunch was Pizzicato. I got the lunch special: a slice and salad with a drink (I chose the iced tea). We got a seat outside in the shade and enjoyed the light breeze. I hadn’t been feeling any discomfort in my legs or back thus far, but it was really nice to get off the bike and sit. 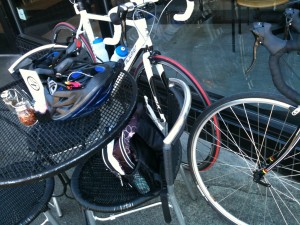 By lunchtime we’d biked about 22 miles. 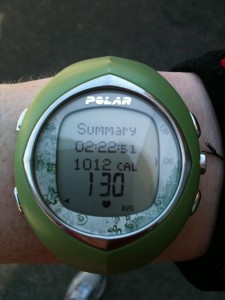 I got the puttanesca pizza and it was amazing.I devoured it hungrily. 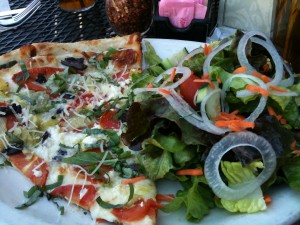 We kicked back and relaxed for awhile, letting lunch settle and discussed what we wanted to do. Michael wanted to keep going downtown and then turn around. I wasn’t sure if my back would hold up but I agreed. We rode through Sellwood and caught the Springwater Trail by Oaks Park. We basically rode my commute. This part of the trail was SUPER crowded. Like insanely crowded and not as fun. People don’t really follow bike etiquette either and were often riding three people wide on a very narrow trail (idiots). 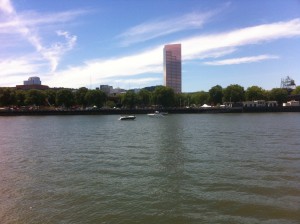 It was an absolutely GORGEOUS day out and we rode along the East Esplanade to wear the trail was blocked off. There’s been so much flooding lately that the floating docks are too high and not connecting right. So it was closed. It was a good spot to rest and then turn around though. We took some photos first. 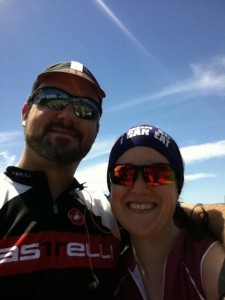 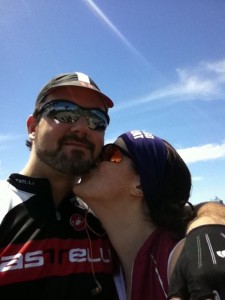 We headed back up the Springwater Trail, through Sellwood and Johnson Creek. It was VERY hot by this point and I stopped to reapply sunscreen. I felt like my face was getting burned but it wasn’t. You can never have too much sunscreen though. 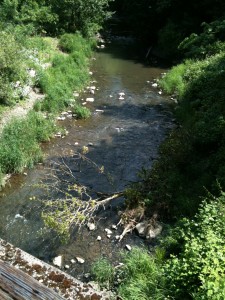 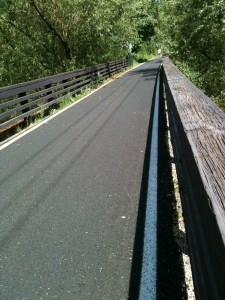 We got back to the Johnson Creek trailhead and rested again. I had another GU because I knew we had some hills coming up and I was starting to feel tired. 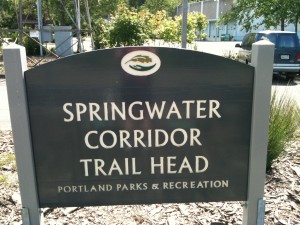 We rode the rest of the way home. By this time we’d been out on the bike all day–like 4 hours of actual riding time–and I was HOT. All I wanted was some ice cold water, a cold shower and to be OUT of the spandex shorts! 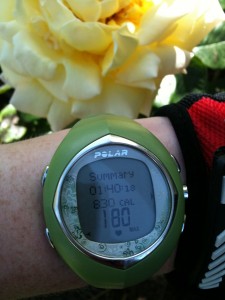 We did it! We did 40 miles! Michael was super stoked. I was happy that my body held up for the 40 and I had a great day with Michael seeing Portland. The weather was perfect. But I immediately stripped and took a cool shower. It felt so great. I cleaned up, dressed and ran to the store for some essentials. 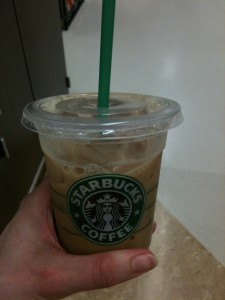 I had babysitting duty for a friend’s almost one year old and knew I needed fuel for the evening! A much deserved and much NEEDED iced coffee! It was a fantastic day. 🙂

QUESTION: How did you enjoy your weekend?