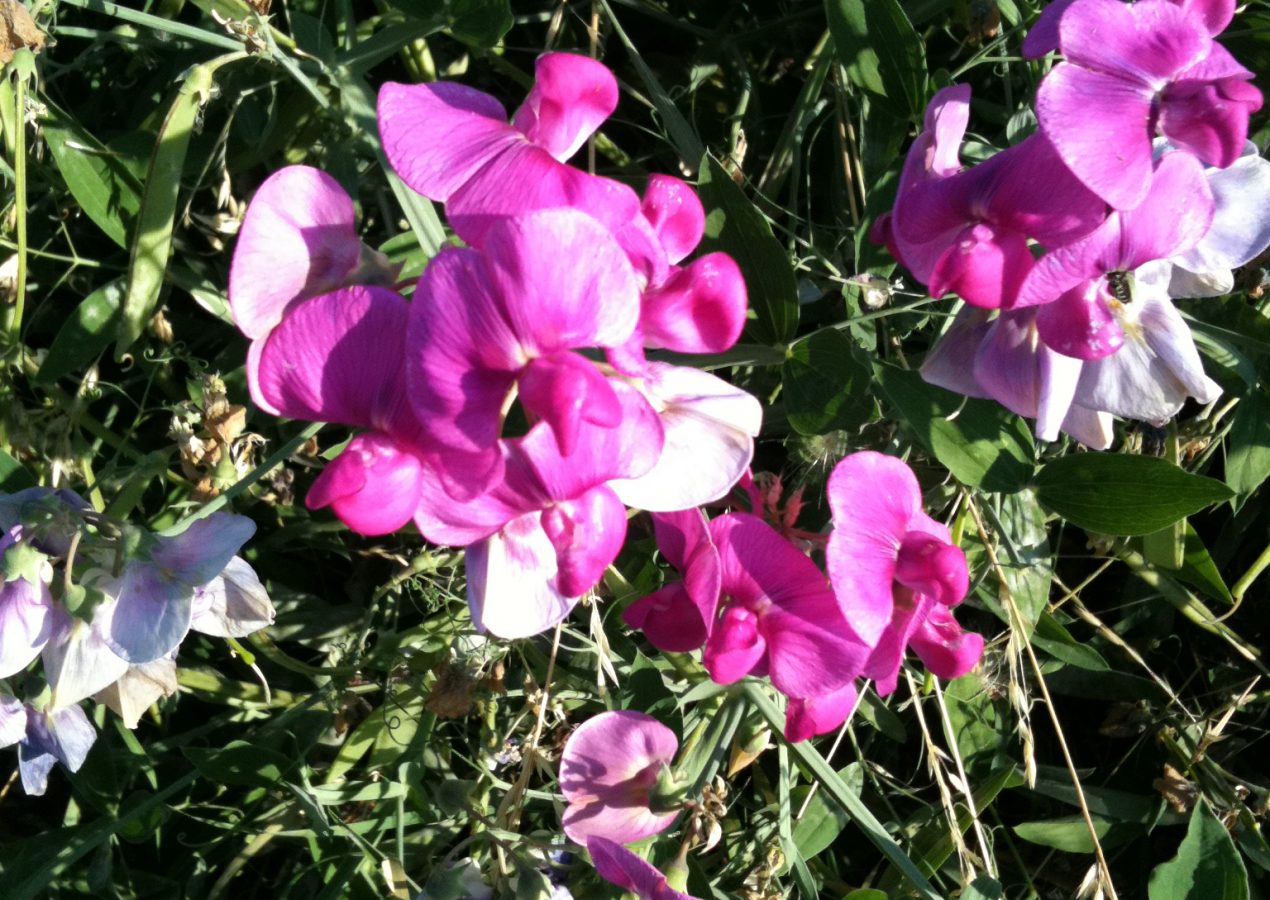 Saturday morning I got up at an earlier time than normal because I had to get in a workout before 1) it got too hot and 2) before we packed up the car and left for the weekend. We were going camping with some friends for a few days. I ate a banana with peanut butter and honey and then headed out on the bike by myself. Michael had biked to work 5 days in a row this last week and he was ready for a break. Since LA Fitness hadn’t been willing to let my try out their gym, it was a bike ride.

I headed out from the house in my bike shorts, cycling jersey and arm warmers. It was 62 degrees at 8:30am and after a mile I realized I did not need the arm warmers at all. I did part of my commute and then took off to head toward Johnson Creek. I tackled a few decent hills and they were super easy.

I biked up Johnson Creek and then connected to the Springwater Trail East.

It was kind of strange at first to be going for a bike ride without Michael. While I got used to biking alone to and from work, that feels different because it’s biking to a destination–not biking for fun. But I enjoy my time on the bike Saturday morning.

It was a nice, sunny morning and there were a lot of people out enjoying the trail before it go too hot. I didn’t have a whole lot of time so I biked as far as I could East before I turned around and headed back.

The trail was fairly quiet. I enjoyed the wildflowers along the trail and the wildlife.

There were bunnies, squirrels and even a three-legged yellow kitty that skittered across the trail and into the bushes:

I was feeling really strong about my solo bike ride. I was also happy to be getting in a few more miles on the bike for the week.

I turned around and had the wind at my back. I quickly biked down the trail, passed Johnson Creek and continued down the Springwater Trail toward Sellwood.

I decided to bike all the way to Sellwood and pick up part of my regular commute to lengthen my bike ride.

I left the trail and headed home. Then it happened. I was biking down the road in the bike lane, feeling really good about my solo bike ride, when something hit my neck. At first I thought it was a piece of gravel or a small rock that somehow got kicked up from a passing car and hit me in the neck. Then it started to sting. I realized it was a bee! I got stung by a bee on my bike ride. I swiped it off my neck, but too late to avoid the sting. I pulled off on the side of the road and tried to look in my little safety mirror at my neck. I couldn’t see anything but it hurt like hell!

My neck started to throb and it was stinging. It hurt to touch it. I biked home the rest of the way on my normal commute route, tackling hills and making it home easily enough. I got home and checked my neck for a stinger. I didn’t see one but I saw a lump. It hurt. 🙁

That makes my total distance for the week: almost 52 miles. Pretty good workout for not having a gym if you ask me! After my bike ride and bee sting, I scrambled to clean up and then help Michael to pack the car for a weekend of camping. We stopped at Five Guy’s for lunch on the way.

I got the Little Cheeseburger. It really hit the spot. Then we were on the road to the campground. Our friends were a few minutes ahead of us. If you are catching up on some weekend reading, here are the posts:

The Struggle Goes On

In Case You Missed It

Stay tuned for some reading about our weekend adventures!

QUESTION: Have you ever been stung by a bee?

Me and My Thumb Go to the Gym