Saturday morning my brother Andy and I got up a little early to go for a run before the day’s festivities. I knew I had a lot of GOOD EATING ahead of me and I also knew I’d feel much better about the whole thing if I got in a run. 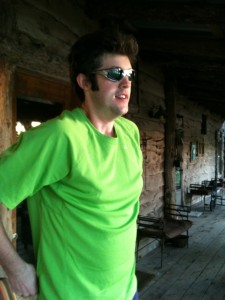 It was cool and the sun was rising over the palm trees in front of the river. I wore my trail running shoes because we were running on grass, dirt and gravel. 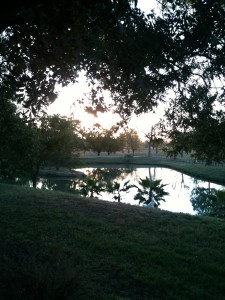 We ran down to the river and then turned around and ran through the ranch and up the gravel road. 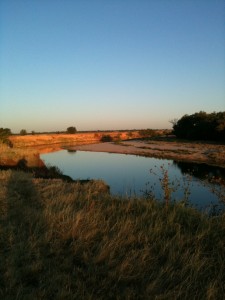 It was quiet out–the only sounds were our feet crunching and the roosters on the ranch. It was cool to be out there so early, with no one around, while we ran together. While we were out on the gravel road a truck came through. We stepped into the ditch and waited for them to pass, and for the dust to settle. I held my breath because the dust bothered my asthma. 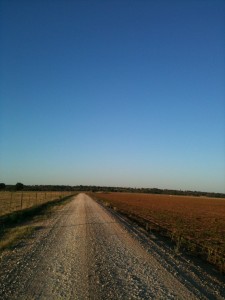 Andy and I chatted and caught up on things. I wasn’t feeling fantastic on my run. My left knee hurt (which was new) and my right foot had been hurting for a few days for no reason. I had no idea what was going on with my body but I was glad nothing hurt too much to prevent me from running. 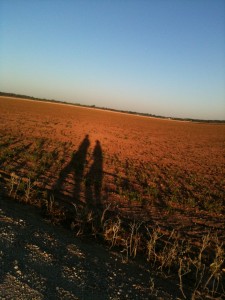 We ran by the cows and donkeys, passed the ponies and the buffalo. The animals didn’t seem to notice us. 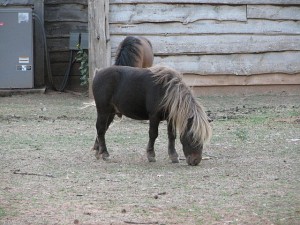 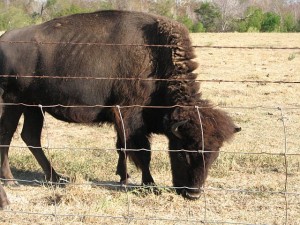 There were wild sunflowers growing in the ditches. 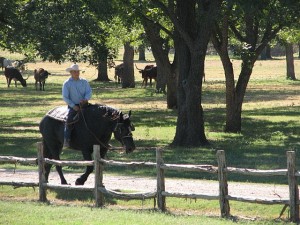 It was warming up nicely and we turned around. Running on the gravel was hard on my knees but I did okay. 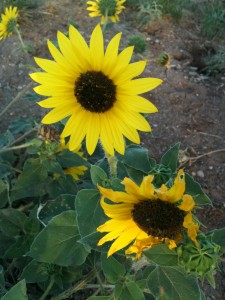 We headed back to the farmhouse and I stretched. I look very tired in this photo! 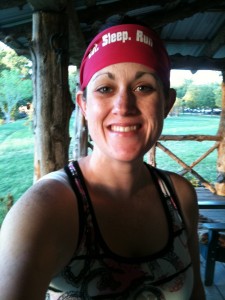 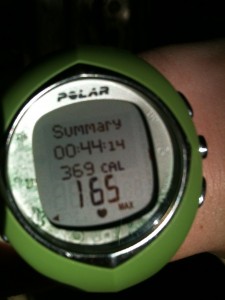 I have no idea how many miles we did. I’d guess 3 miles.  It was cool to run with my bro. I showered and dressed and we all went up to the lodge to eat breakfast–eggs, bacon, coffee and toast. Before this weekend I had not eaten white bread since I was a little kid! 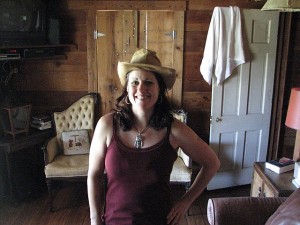 We all hung out by the pool and relaxed and then we went for a walk around the ranch. There were longhorns meandering freely around us–no fences. 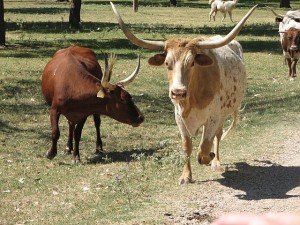 We checked out the Pecan House on the river where they were doing skeet shooting. I’ve never seen it done before. I’m not a gun person so I didn’t try it. Now I kinda wish I had tried. My cousin Di gave it a try. The cowboys were obviously experienced at it and showed us all how it was done. There was a puppy in the water was trying to get the skeet. 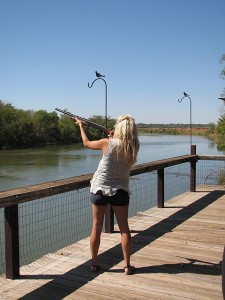 We checked out the old general store: 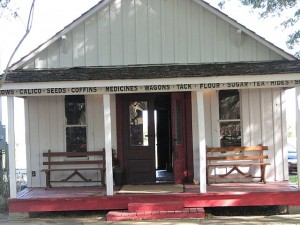 I think it’s hilarious that they sold coffins there. But I guess that makes sense. In the old days general stores sold everything I’m sure. 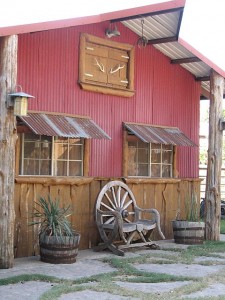 We checked out the chapel: 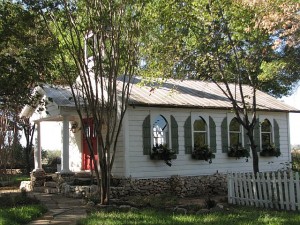 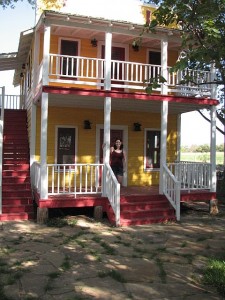 Then it was time for the hayride! I haven’t been on a hayride since I was a little kid. It was weird but fun. 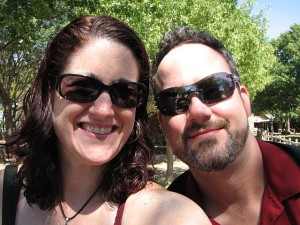 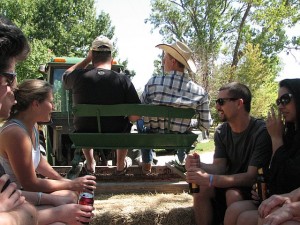 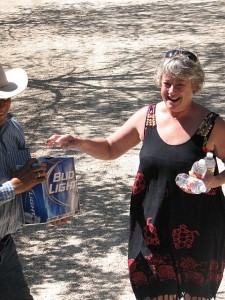 The hayride went through the cow fields and then we stopped to feed the cows. 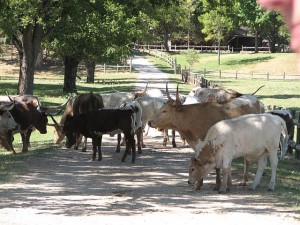 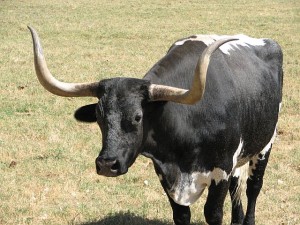 After the hayride it was time for lunch. It was Mexican– a taco buffet which was delicious. The rest of the afternoon was spent in the pool! Michael lounged and I swam with my brother, his wife, my cousin Anna and our uncle. 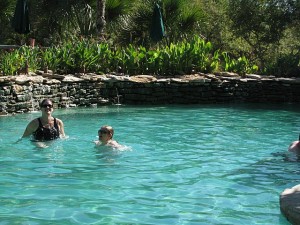 It was sooo much fun! What a life. I could totally get used to lounging in a pool in the sun. 🙂 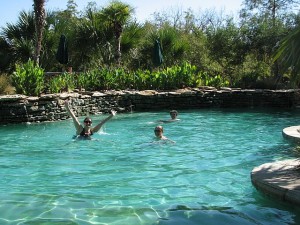 After awhile I dozed in the sun before I had to get ready for the wedding! Check out Melina’s cowboy boots: 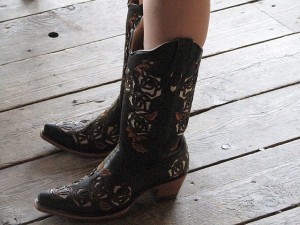 They are so cute! I loved her boots. I might need a pair of cute boots….

QUESTION: Have you ever tried skeet shooting? Were you good at it?

2 thoughts on “In Texas Coldbeer is One Word”