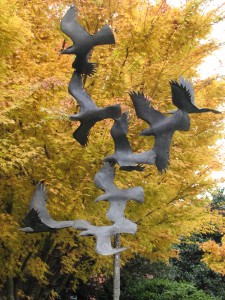 Sunday was another lovely, clear-blue sky day and miraculously rain-free. The fall colors were all around in Portland and the air was crisp. I love sweater weather! Sunday morning I slept in and then went to the pool. My upper back was sore from Saturday’s weight session but I still got in a good session. 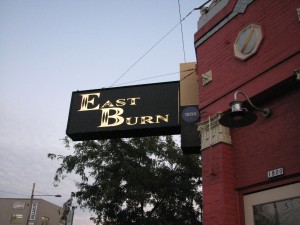 Sunday evening Michael and I headed over to East Burn to meet up with some friends for Pub Quiz. East Burn has been a restaurant I’ve really wanted to try for awhile now. It’s a popular place with a reputation for good food and craft beers. 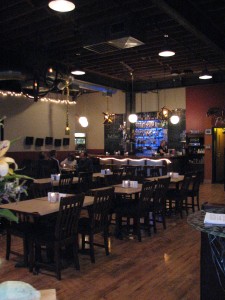 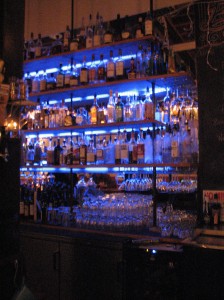 We got settled in downstairs and ordered some happy hour food to share while we waited for our friends to come. 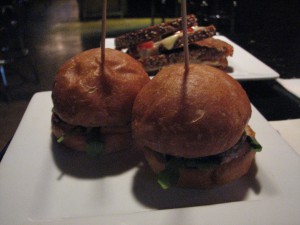 Michael and I shared our choices. We were both famished but I think I can say objectively that despite that fact, the food was good. The first were the Elk Sliders. They were small (about three bites) but packed with flavor. The meat was mild in taste, chewier than beef burgers, and the tomato aioli sauce was delectable. I loved the sauce and wished there was a little bit more of it. I ate one slider and half of the grilled cheese sandwich: 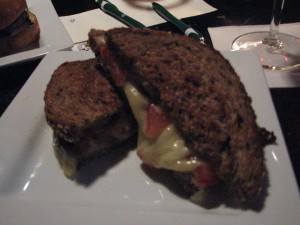 The sandwich was great; gooey with melted fontina and salty from the bacon. 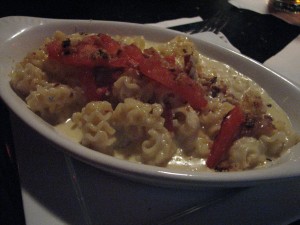 Michael was still hungry after our bite-sized snacks so he ordered us the Grover Mac n’ Cheese. It came with tomatoes and bacon. I had a few bites of it. I liked the mac n’ cheese but I prefer it gooey instead of creamy. He ate the rest of it and I ate the pear and spinach salad. 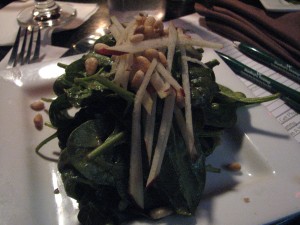 I adored the salad! It was simple spinach with chopped pears and pine nuts but every single bite was better than the one before. Their balsamic vinaigrette dressing was tangy and tart. 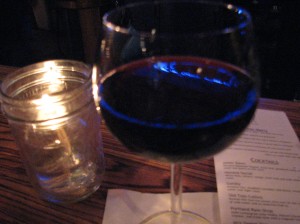 We had some time to kill before the Pub Quiz started so our friends played some skeeball. 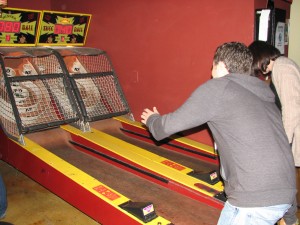 Finally it was time to play ShanRock’s Triviology! Our team of 5 was named “We Like Pi” (although I argued it should be “pie”) and we didn’t do half bad! This time the trivia was much more challenging than the last time we all got together to play. The movie trivia section was really obscure–and we even had a movie buff and filmmaker on our team! There was also a section on musicals. As many of you know from my rants on twitter, I despise musicals, but two of our friends knew some of the answers to that so we got a few points. 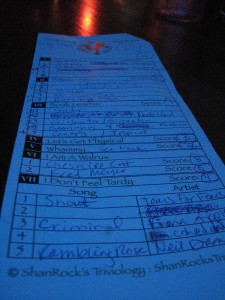 Thanks to Greg, we got one answer right that none of other teams got and we got bonus points for it. It was something like…what book was published in 1865 that has a character in it that shares the debut album title of a 1994 pop punk band? Think you know the answer to that? We were all baffled and then Greg came up with “Cheshire Cat”–the book being Alice in Wonderland and the band Blink 182! Who knew?! Bonus points! 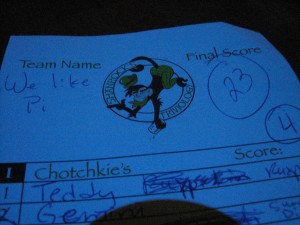 We came in second place! Not too shabby if you ask me. Especially since the questions were more challenging than we were expecting. I happily pulled out a few right answers from nowhere and we worked well as a team.

I used to go to Shannon’s Shanrock Trivia nights a lot and she’s a great host. She’s funny and keeps the game moving along. There’s less chaos than some other pub trivia nights I’ve been to. It’s important for the pub trivia guru to actually have a good voice that people can hear over the bar hum and noise! If you’re a Portlander looking for something FUN and nearly free, I highly suggest Shanrock Trivia. Check out the website for all the locations!