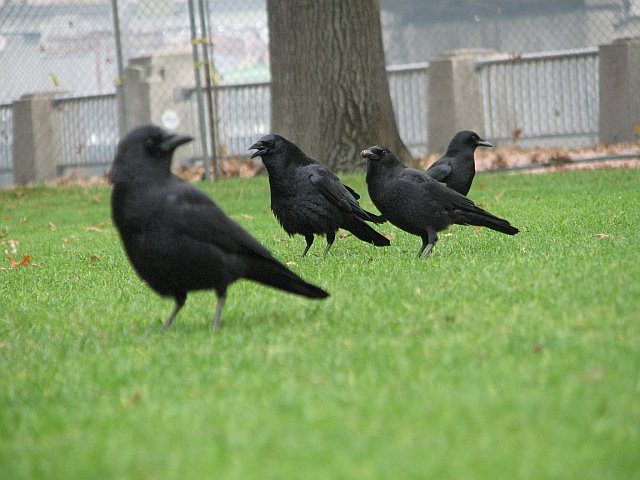 “I want to quit my job, drop out of society and wear live animals as hats.”‘

Thank you to my friend Jenny for that awesome quote. She has it on a fridge magnet and reminds herself of it when stress is overwhelming and she needs a laugh. That was how I felt last night. I had a very stressful commute which lead to me missing the spin class I wanted to go to. I did not want to do my normal workout routine. The idea of doing boring cardio or lifting weights sounded unbearable to me that evening and I was a frustrated mess that I missed the class. Despite my frustration and road rage that got me stuck on the god-awful Ross Island Bridge, I made it to my gym to work out. Something was better than nothing. I went to put my heart rate monitor on and it was broken. Dead battery. I just got it back. I’ve used it twice and it’s dead. I was so upset. It was kind of the last straw. My frustration levels were through the roof.

I worked out on the elliptical anyways, trying not to cry from frustration. I tried to workout my frustration on the machine (which helped a little bit). But it was hard because I was also remembering the other thing that was upsetting me: my knees.

I have old lady knees apparently. I ran on the treadmill on Tuesday and was in pain ever since. Every time I walked my knees ached. BOTH knees. I am frustrated and depressed that I can’t run anymore. I miss it. I loved running. It made me feel alive. I am so sad that I can’t do it anymore. Period. Every time I do it lately I regret it for a good day or two. I am too young to be in pain when I walk. 🙁

Despite the awful evening, I went home and Michael comforted me a lot. He listened to me cry and vent about the things that were bothering me. He hugged me, told me things would get better and made me dinner. It helped.

Then I weighed myself. Glutton for punishment? Yes, I think so. I’ve been feeling so good about my body lately. I feel strong. I like what I see in the mirror. My stomach is flatter than it’s ever been. My jeans are a bit loose.

So how am I up 1.6 pounds? You stupid scale! Bringing me to tears. This is exactly why I stopped weighing myself this summer. That stupid machine effects my moods too much. I KNOW I haven’t gained 2 pounds. So why does the scale reflect that? Where are those two stinkin’ pounds in that photo above?

Michael said I’m looking better and fitter than I ever have. Then he said he was going to throw away the scale. He said he hates how that stupid scale makes me feel. I agree. But I’m not ready to throw it away.

Either way, this whole week is for the birds.

QUESTION: Want to vent about something? Go for it!