I forgot to tell you guys how my first evening at the beach ended: with a trip to the Arctic Circle. We were driving through Newport and I spotted an Arctic Circle and told Michael about a childhood memory of mine. When I was a little kid and my mom would take me and my brother to the nearby community pool for swim lessons (and later my synchronized swimming team meets), we usually stopped at the Arctic Circle for an ice cream cone afterward. It was one of those small cones with vanilla soft serve ice cream that was dipped in chocolate that hardens. It’s a fond memory and I hadn’t seen one of those spots since I was a kid. So Saturday night on our way back to the hotel, we stopped by and got one. It was just as good as I remembered it! 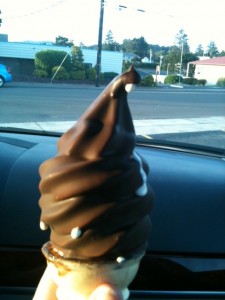 Sunday morning I awoke to the chill of the ocean breeze wafting into the hotel room and decided to go for a swim in the big indoor pool before breakfast. I only did about 30 minutes in the pool because I knew we’d either be hiking later, or walking on the beach. The swim was good and felt good on more sore hips. But the pool was also about 10 degrees hotter than what I’m used to in a lap pool! 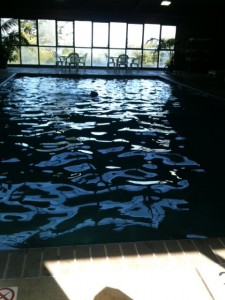 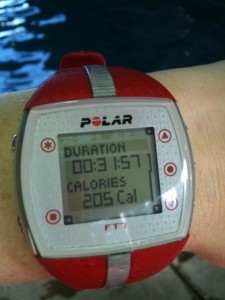 We went to breakfast in the hotel and were thoroughly disappointed. I mean, how do you screw up breakfast? It’s so simple. But the waitress disappeared and never brought my coffee or Michael’s drink, I had to flag down another waiter to get it, then flag him again for cream. Then my French toast arrived and it was cold AND the syrup arrived in a pre-packed serving. Also cold. What the hell? It was so disappointing! 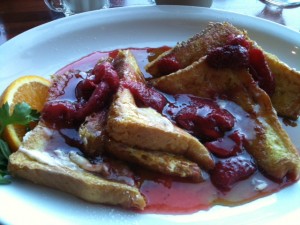 After that disaster, we checked out and then drove up the coast a bit. It was a gorgeous sunny day, clear blue skies and just the hint of wind. The temperature was also higher, too. 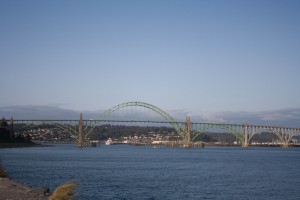 We stopped at a few places along the way to take pictures, and then stopped at the Otter Rock/Devil’s Punchbowl park. 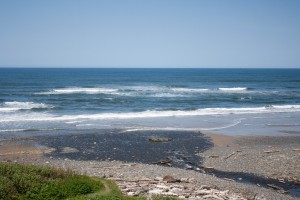 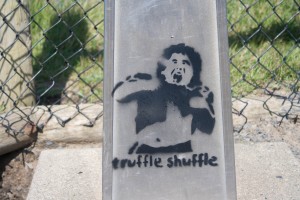 Do you recognize the graffiti art? 🙂 If not, it’s a reference to The Goonies–a movie that was filmed in Astoria, Oregon. I’d love to spend a weekend in Astoria and do a “Goonies” trip! 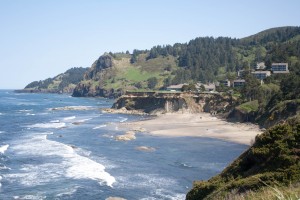 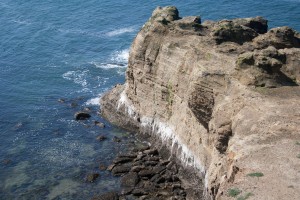 It was really windy up there! Next, back in the car and we drove to Lincoln City. It’s the next big town about 20 miles north of Newport. I am much more familiar with that town. Michael and I spent over an hour walking on the beach, holding hands, talking, enjoying the nice weather and almost getting swept away by the waves. 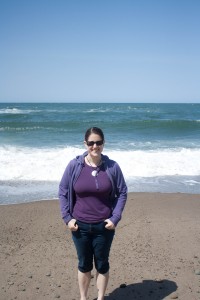 My legs were pretty sore from the beach walking. I forget just how much work is involved in walking the beach. One of these days, I need to remember to bring an old pair of running shoes and giving beach running a try. I think it would be fun and about ten times harder than a treadmill! 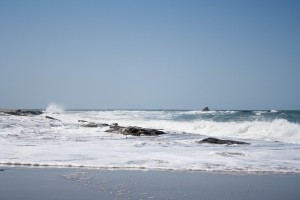 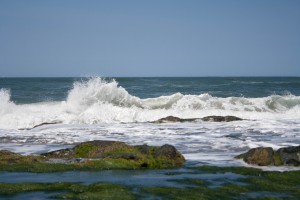 My calves were aching a little bit and it was getting close to lunch time so we turned around and headed back.  I saw this skeleton on the beach and it was both disturbing and beautiful at the same time. I’ve never seen anything quite like it. It was just too odd not to share: 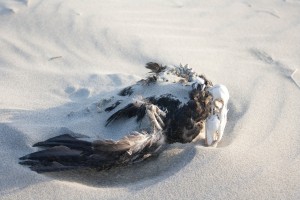 For lunch we went to Kyllo’s. It was a cute, very big, restaurant right on the beach. We both enjoyed one Ninkasi Tricerahops beer (one of my favorites) and had a really good lunch. 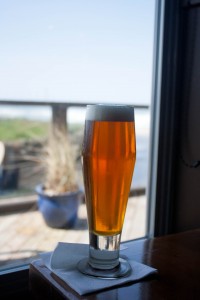 I started with a small cup of clam chowder. My goal for the weekend had been getting chowder at Mo’s (super popular place on the Oregon Coast) but we never got there. This chowder was still pretty good. 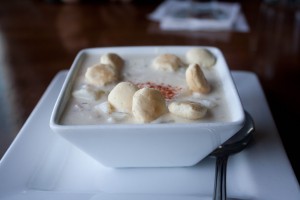 I also got a grilled halibut fish taco entree. The fish tacos were good but not as good as my favorite in Hood River. Nothing has compared to those tacos, yet, anyways. 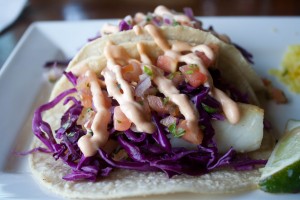 Michael ordered the burger. It was on a kaiser roll with onions and blue cheese. He said the burger was fantastic. I took his word for it because I was stuffed after my lunch. 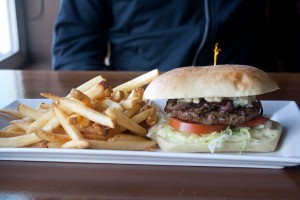 We chilled out for awhile, did some sightseeing and then headed back to Portland. It was a really nice drive, scenic and sunny. 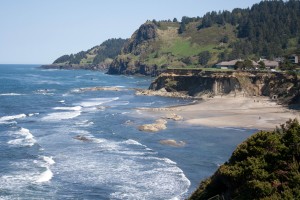 Goodbye Beach! You were lovely!

QUESTION: Did you like Goonies as a kid? Are you a clam chowder fan?