What a lovely weekend! It doesn’t hurt that I had four days off from work! I needed it, too. It was so nice being able to sleep in, do whatever I wanted and see family and friends. I didn’t really do any Black Friday shopping except for one item that I got in the afternoon. I may have bought a certain something for a certain someone and maybe hid it at a friend’s house. But I’m not talking! On Friday night, Michael and I watched “The Woman in Black.” It was actually a really good movie and I think only PG-13, but it was SCARY!

On Saturday morning I did the exercise bike at the gym and then spent a long time working out with kettle bells. I was trying to build back all the core strength I had before I took a week off due to my cold. As a result, I lost track of time and ended up going longer than I planned on. Oh well, it felt great! 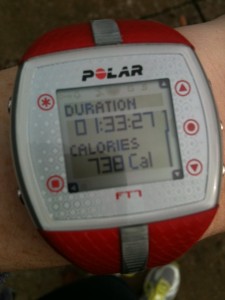 After that we went out to lunch at Mac! Mac & Cheesery on N. Mississippi Ave. Mississippi is a cool little neighborhood here in Portland with some funky stores, art galleries and good restaurants. We’ve both heard good things about Mac and it finally wasn’t pouring rain outside so we went. The place was trendy and funky, with retro lunch boxes decorating the walls. 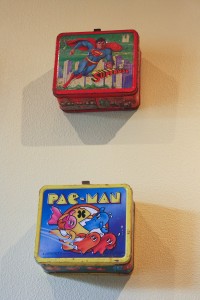 I got a pink of Ninkasi Total Domination IPA, and I ordered the Fried Mac n’ Cheese Balls (there were 4 total, I ate 3) and then a tiny cup of the tomato garlic bisque. Michael got the order of four cheese mac. 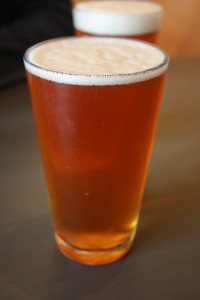 The fried mac n’ cheese balls were fantastic–not greasy and just the right size. I am disappointed with myself for not looking up the calorie count BEFORE I ordered them. They were way more than I would ever have eaten, honestly. But they were really good. And my soup came in a tiny cup, so I didn’t eat tons of food–it just felt like I did! 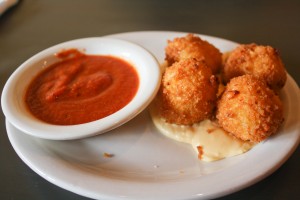 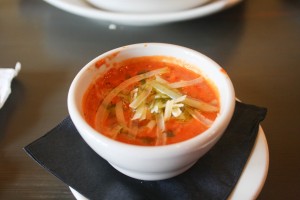 Michael’s mac n’ cheese serving was humongous and he deemed it the “best” mac n’ cheese he’s ever had at a restaurant. I had a few bites and I agreed that it was really good–not quite as good as his homemade famous mac n’ cheese but REALLY GOOD. The flavors of the cheese were distinct and delicious, the breadcrumbs on top were crunchy. He ended up eating all of it. 🙂 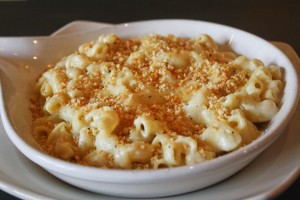 The service was friendly and fast at Mac, the food was delicious, the portions were huge (so lots of leftovers if you want), it was cheap and it was also a great place to take kids. There were ample choices for kids, vegans or people who were gluten free. If you’re near N. Mississippi Ave, give it a try!

After lunch we walked around (i.e. rolled ourselves down the street) and did some shopping. Michael found his white elephant gift for my family Christmas party and I enjoyed just window shopping at all the funky stores. 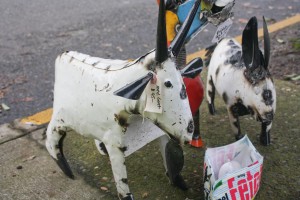 Saturday night, we went over to my friends’ Erika and Charles’s house for dinner. Charles made pork and chicken enchiladas from scratch and they were so good! He used green enchilada sauce and they were oozing with flavor. He also made Mexican rice on the side–which I haven’t had in years and ate way too much of.

We hung out and ended up playing to games of Spades until it was almost midnight and everyone was ready to go to sleep. It was so much fun! Spades is definitely my favorite card game. It’s easy to teach/learn and it can get really exciting. Erika brought out the dessert she made while we were playing the games: 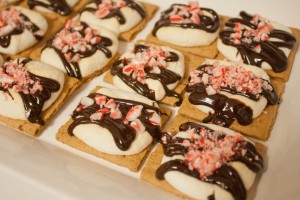 Oh.My.God. You know, it’s funny because a few weeks ago I posted the recipe for the peppermint s’mores on my Facebook page and asked which of my friends wanted to make it and bring it to my house. 🙂 Erika said she’d make up but she wouldn’t deliver them! Too funny, but I’m glad she decided to make them for us when we came over because they were SCRUMPTIOUS! Simple but decadent. I think I might make these for my family Christmas party…I will post the recipe if I do.

The rest of the weekend was spent doing the norm: grocery shopping, mounds of laundry, catching up on TV shows from last week and of course doing a little Christmas shopping. I also finished up all my holiday cards! I was really on the stick this year. (I started handmaking them last weekend when I was home sick and finished them this weekend while I watched TV.) 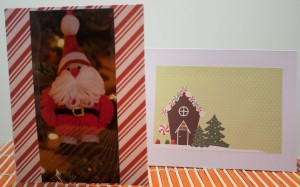 I used pictures that I took from Christmas last year when I got my new camera. They weren’t perfect photos because I hadn’t learned how to use my camera yet, but they looked pretty good. I think the cards turned out well. What do you think?

QUESTION: How was your weekend? Did you do any Black Friday shopping?