How I Spent My Weekend 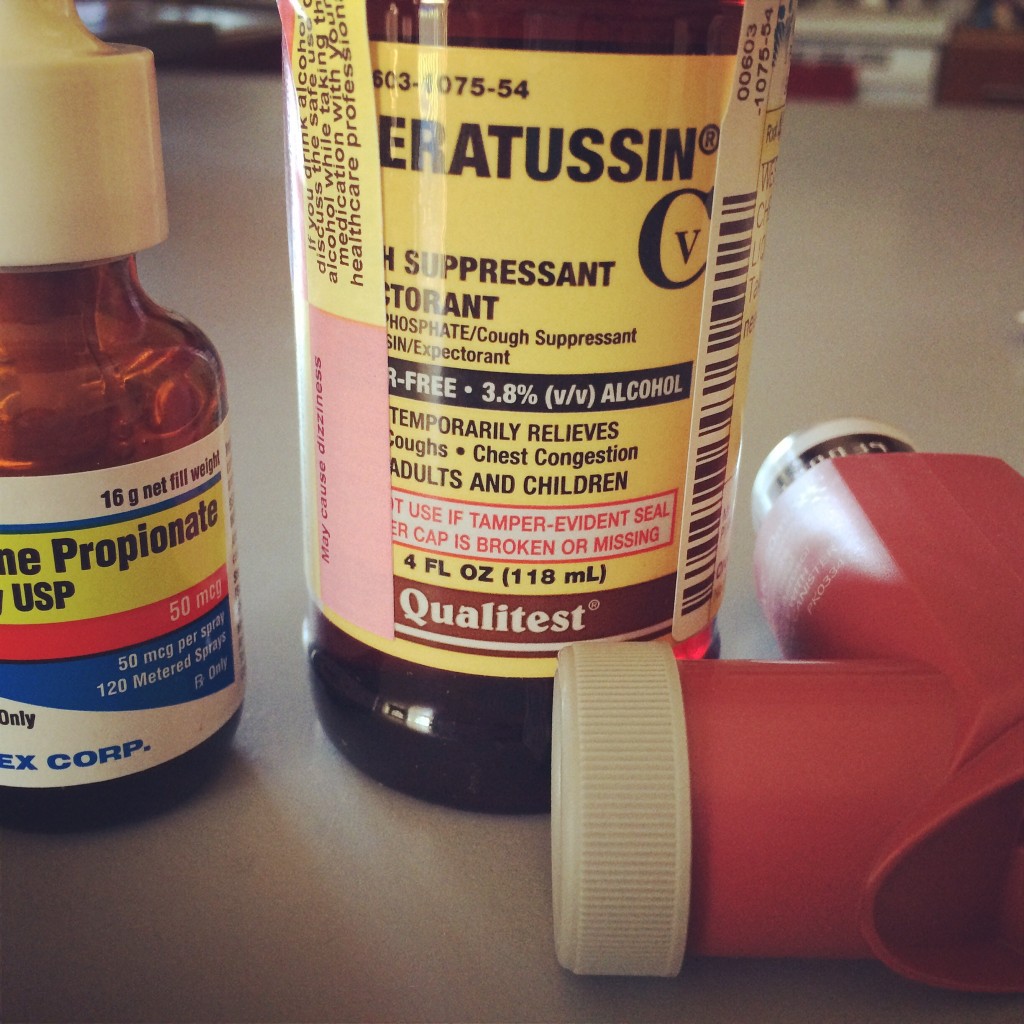 That’s how I spent my weekend. Not on the plan, at all, and as per usual, poor timing universe. I was feeling kind of rundown all week but it wasn’t until Thursday that I started to really feel sick. Friday I went to the doctor and yep, bronchitis. Sadly, there wasn’t much I could do about it. My doctor said that if I didn’t improve in a few days that it might be bacterial and he’d give me antibiotics. So time will tell. 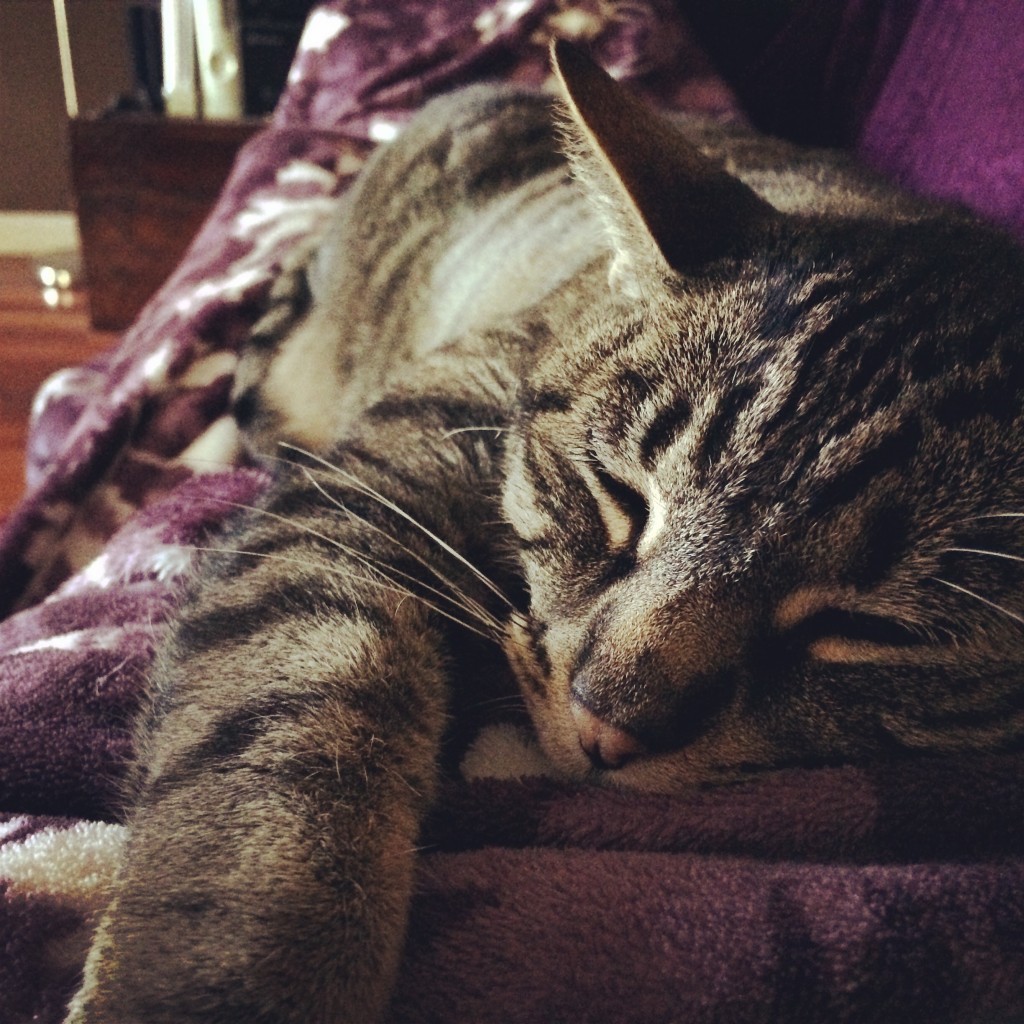 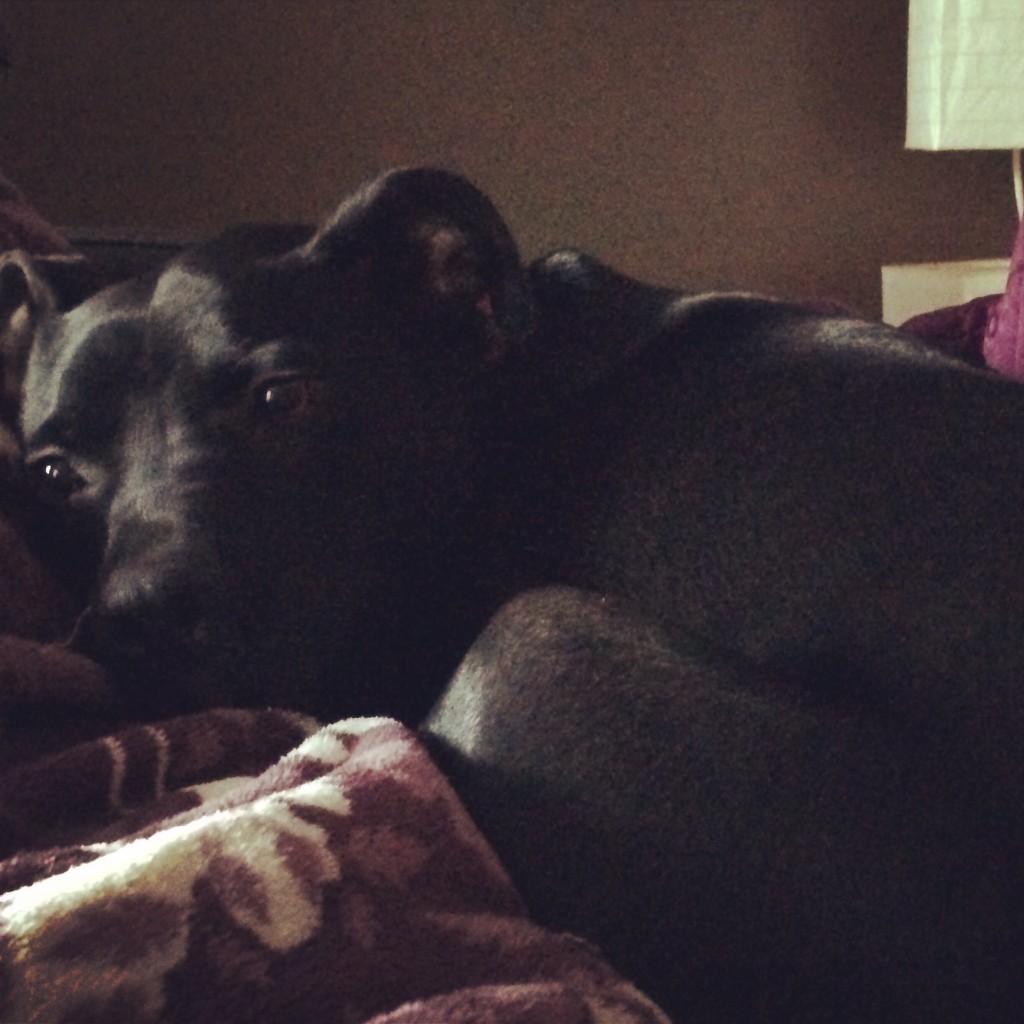 I basically spent the entire weekend on the couch or in bed. The one good thing about being sick is that the animals are excellent nursemaids. Both Bella and Fat Kitty snuggled and kept me company while I coughed up a lung.

The beasts also helped me watch TV. 🙂 So I realize that I am like 14 years behind on the times but I started watching Gilmore Girls. It’s streaming on Netflix and with Chromecast I can watch it on the TV in the living room or the bedroom instead of the computer (it’s a cheap option and works well). So many people talk about this show–STILL–and I never watched it when it was on TV so I thought I’d give it a try. And I got hooked. It’s a good show. It’s sometimes silly but really charming. 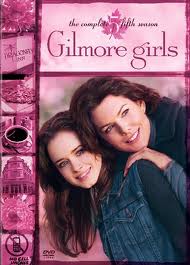 The writing is pretty good and funny, I love that Melissa McCarthy is in it (I had no idea she was on this show). I go back and forth loving the relationship between mother and daughter and being annoyed by the codependency but overall I love the show.

Dinner Saturday night was soup and a grilled cheese sandwich. I was craving comfort food and I’d been eating soup for several days. We had some white bread in the freezer from the last time Michael made his famous mac n’ cheese (we rarely have bread in the house and when we do it’s the gluten free stuff from Costco) so I made the sandwich with that and it was AMAZING. Grilled cheese on cheap white bread is the best. 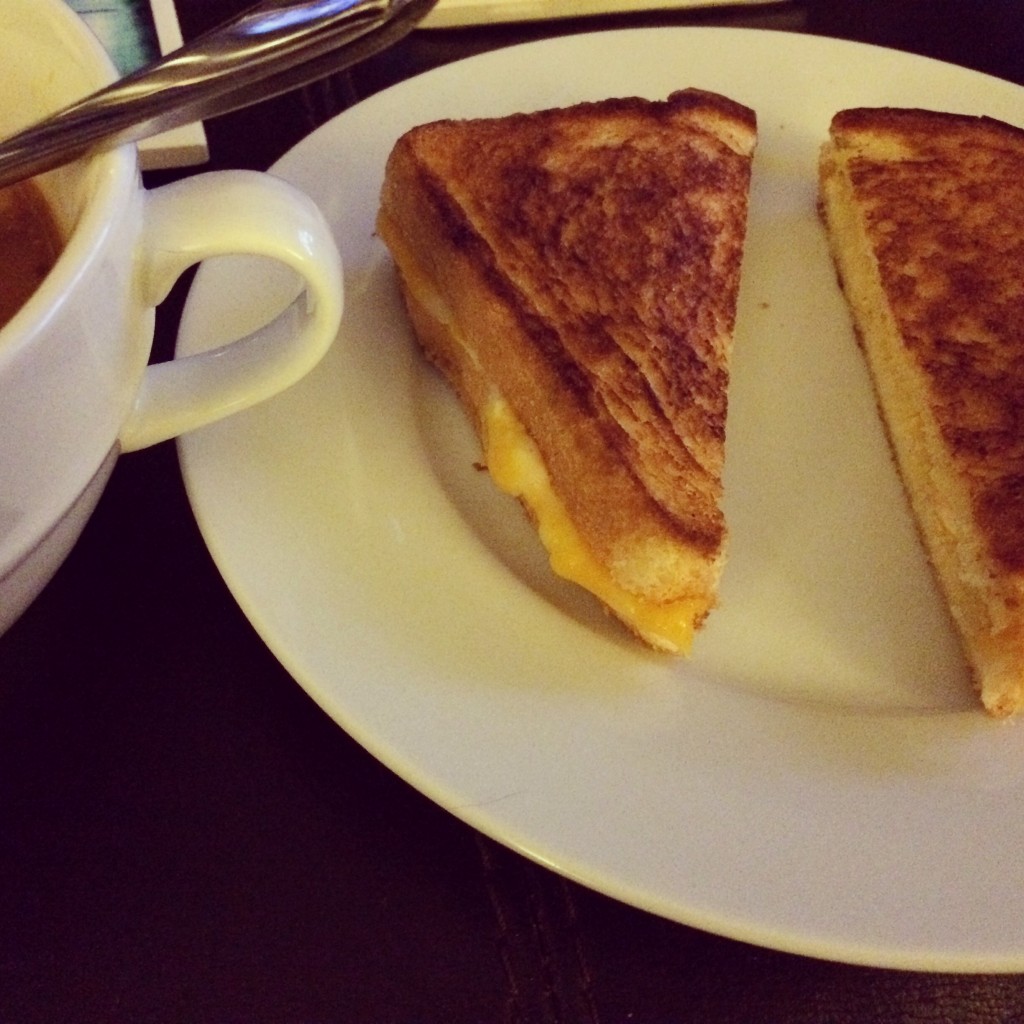 Saturday night I actually got some okay sleep and wasn’t coughing the entire time like Friday night. But that’s where the good news ended.

Sunday I started to feel worse instead of better–but not with bronchitis symptoms. I ended up spending most of Sunday in bed napping on and off because of vertigo. I have no idea where that came from but I had waves of nausea all day with brief moments of feeling like I was almost okay. It sucked! But at least I wasn’t coughing uncontrollably like I was on Friday. I called the advice nurse and she had no idea. “Eat saltines and drink water.” Um, great. We ruled out pregnancy and ebola. 😛 But still, no diagnosis for Sunday’s misery. The only thing I could really eat was diet ginger ale, ginger candies and toasted bagels. I would not say it was a fun day. But hey, I got to season 2 of Gilmore Girls…..

I’m really hoping this over with soon because I am getting restless and sick of being in bed or on the couch. I’m also starting to get antsy because I was finally making progress on the scale and as of today I haven’t been to the gym since last Wednesday. I guess the only upside to that is that I’ve had zero appetite since then. But truthfully, I am irritated because I was getting into the swing of things; I was back to running consistently and getting a little bit faster AND I went up in weight on some of the kettlebells I was using at the Warrior Room. All that progress and now I have to go back to where I was before. Dammit!