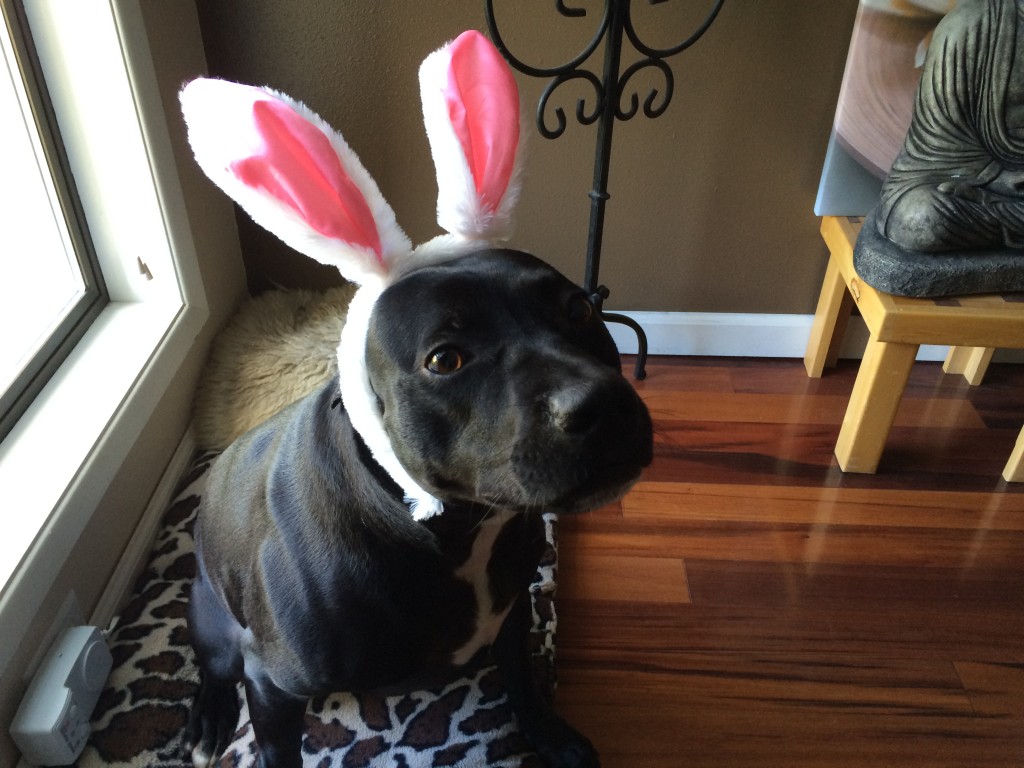 Happy Easter from my bunny! 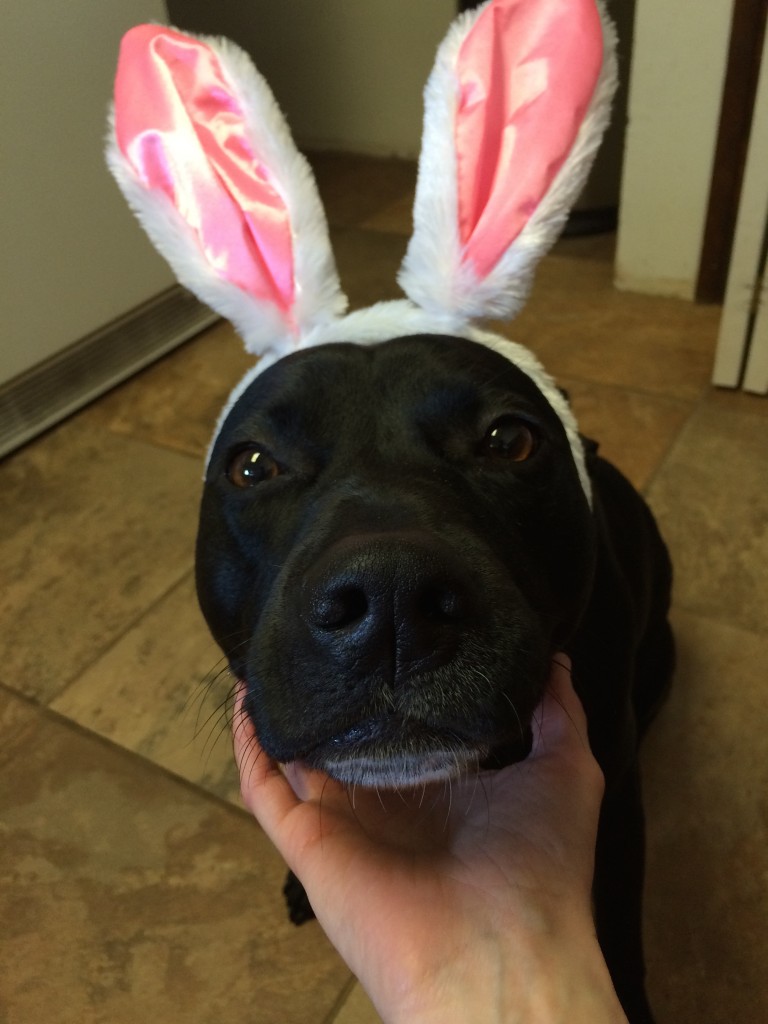 She looks super stoked to have bunny ears, huh? 😉

Easter Weekend started with Michael’s friend Jeremy and his girlfriend coming down to Portland from Seattle for the weekend (more on that tomorrow). I got off work early, went swimming and got home right when they arrived. The four of us decided to go out to dinner and because it was Friday night it was impossible to get in anywhere we wanted to go. The first place was an hour wait.

We were near Pok Pok and it was somewhere they’d wanted to try (I wasn’t hopeful but said let’s see if we can get in). We got to Pok Pok and it was a 2 hour wait for a table! This is something I hate about Portland restaurants. A bunch of them don’t take reservations and the wait time for a table is ridiculous. With so many great options, I will never wait that long to get into a restaurant. Like ever. I don’t care if Elvis and Madonna are the waiter/waitress there. I won’t wait 2 hours. 😛

Sooo plan C….we decided to get sushi at a new place on SE Clinton. A coworker had been there and recommended it and I recognized the name when we were driving by looking for something else. We got a table immediately in the super cute, stylish and modern decorated restaurant. Service was fantastic and the food was probably the best sushi I’ve had in Portland. 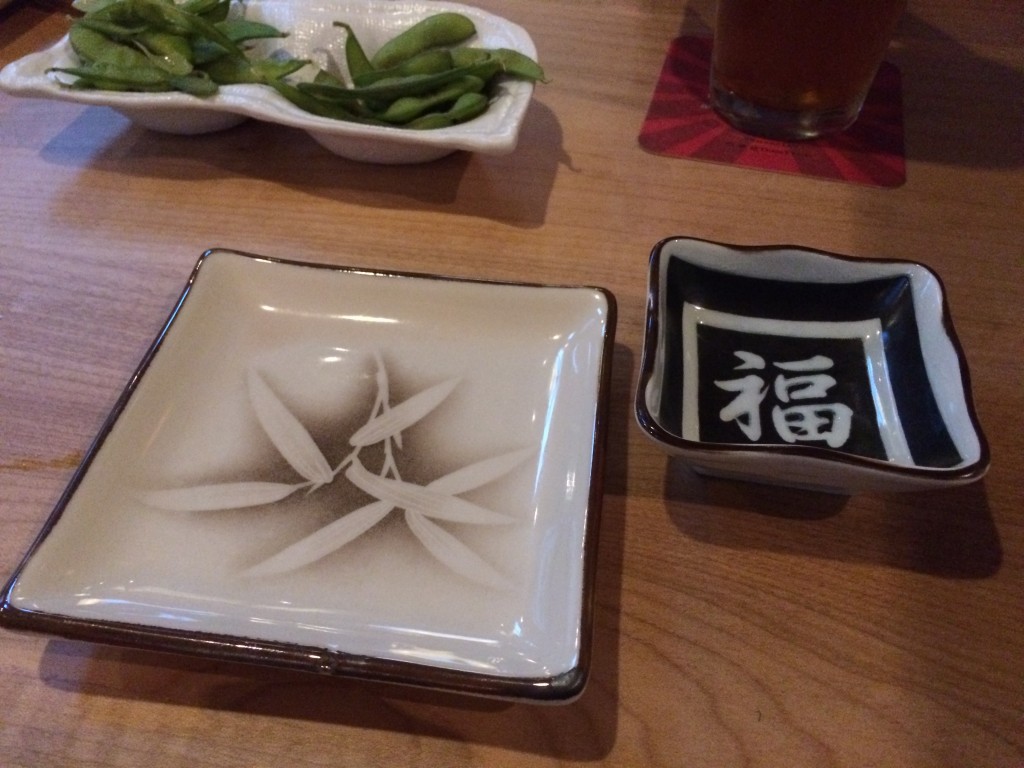 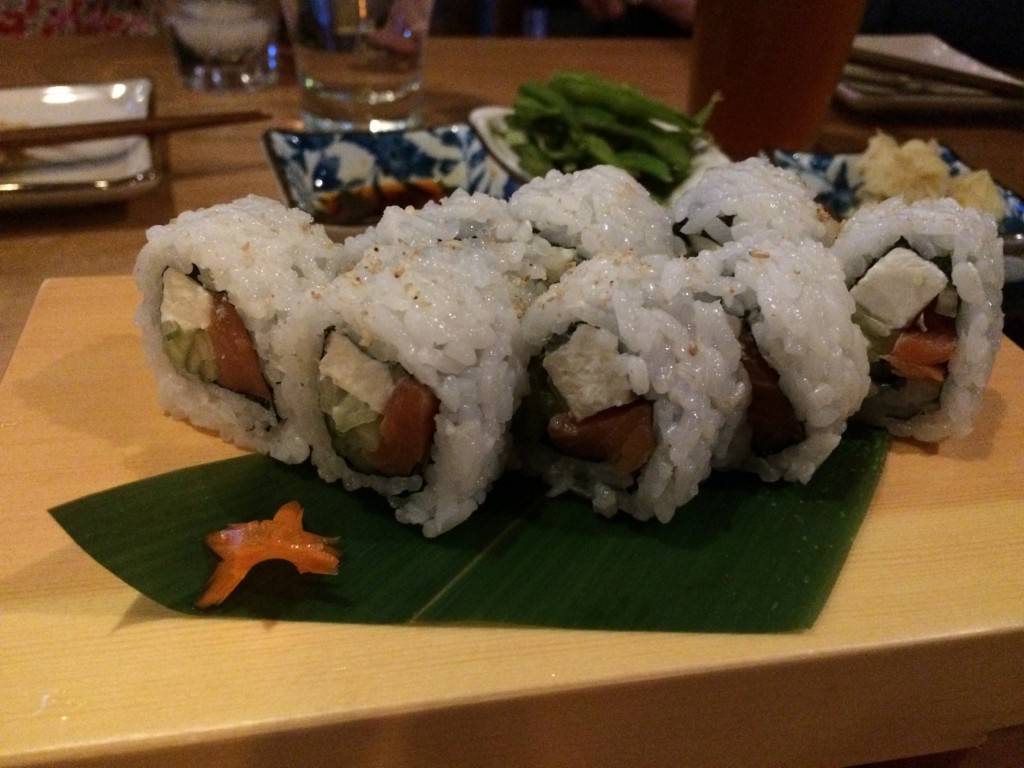 It was so fresh it melted in your mouth. You know when you get sushi and bite into a roll and sometimes the seaweed is a little tough and you have gnaw at it a little bit? That was not the case at Yama Sushi. Seriously, so fresh everything just fell apart and melted (in a good way). The one downside–the specialty rolls were kind of ginormous and that made them a little difficult to eat. I prefer smaller bite-sized rolls. 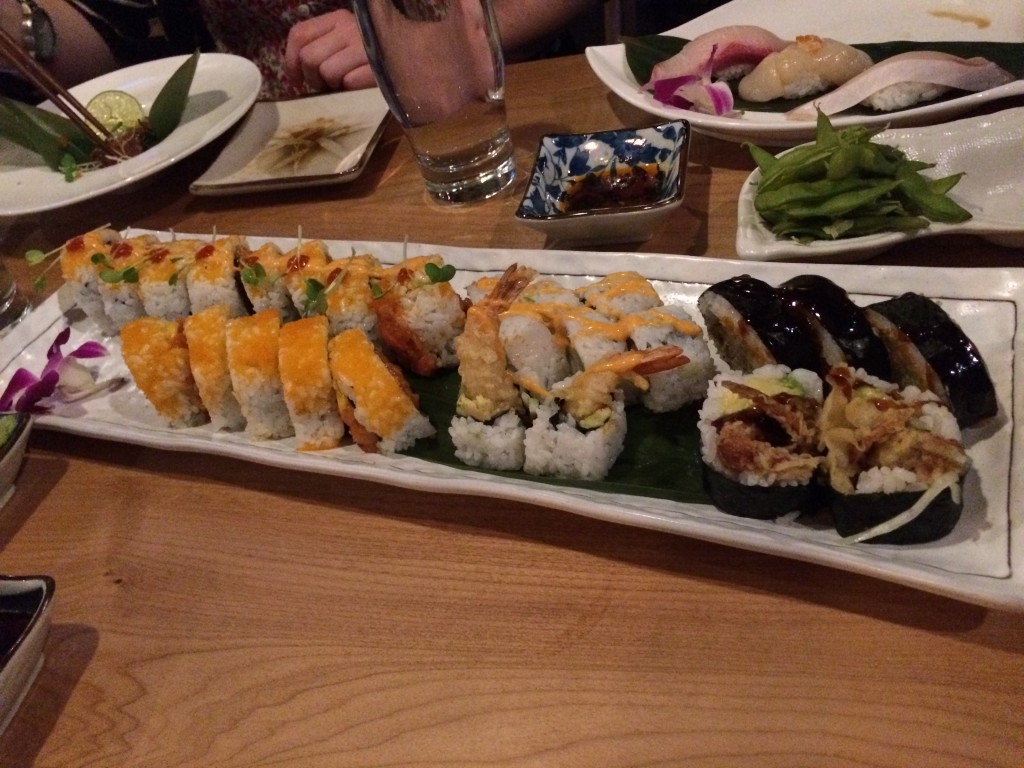 So that was Friday night. A good start to the weekend I think! Stay tuned for what happened on Saturday… 🙂 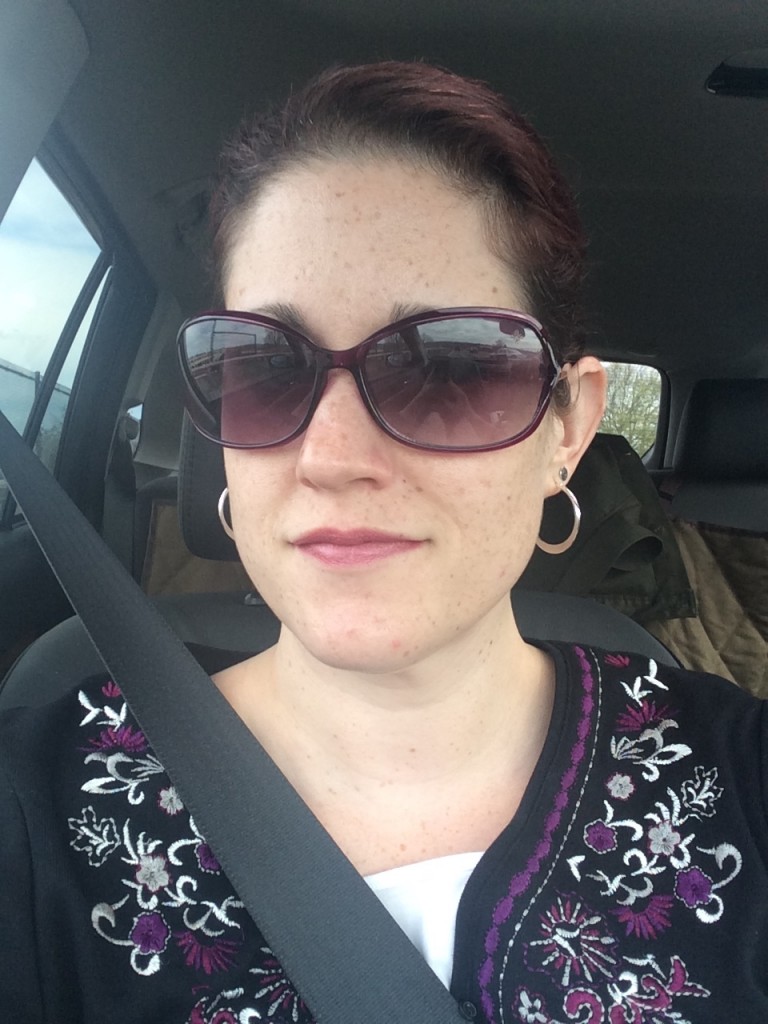 Michael’s sister made her absolutely amazing deviled eggs–some spicy and some not spicy. They were so tasty and I ate way too many of them…in my defense it was the first food I ate Sunday besides coffee. 😉 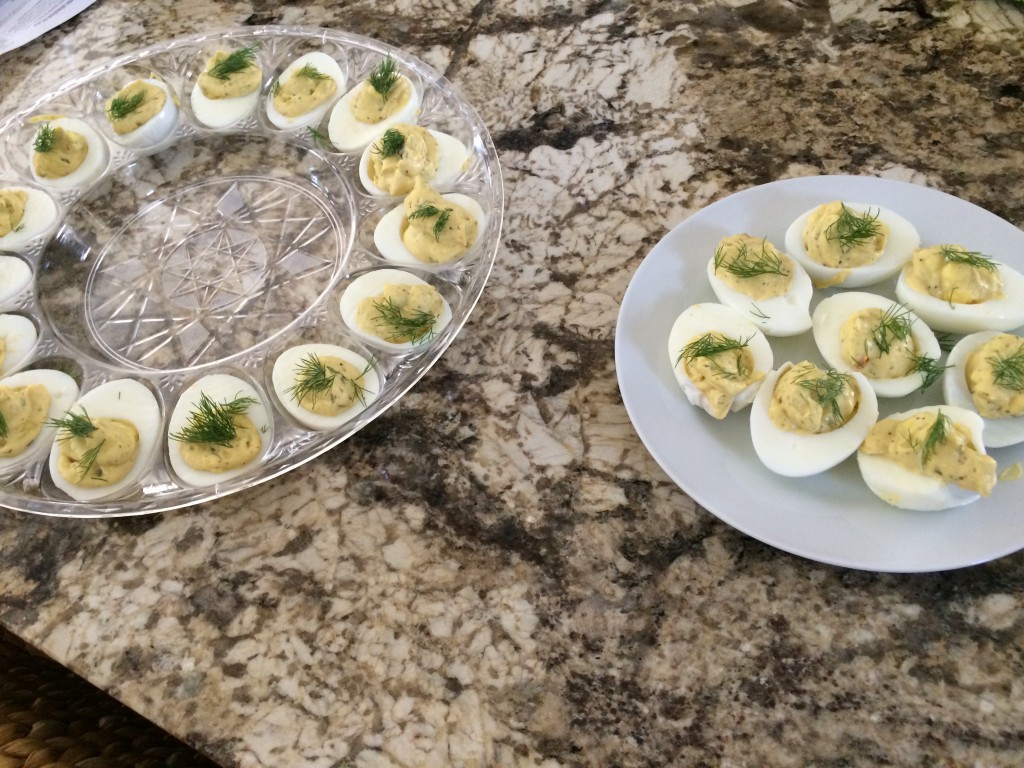 Michael’s mom had gotten a giant ham and was cooking it (I think she said it was 19 pounds). It took a little bit longer than expected to so we munched on the deviled eggs, and drank Bloody Mary’s while it finished cooking. Lunch was served: 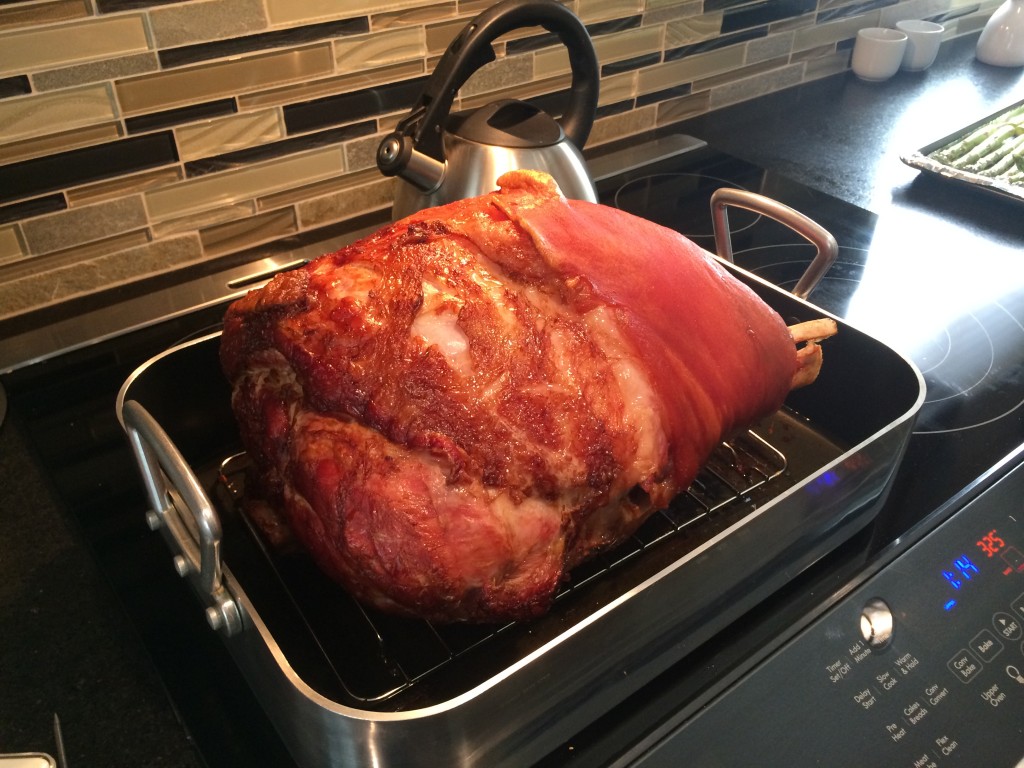 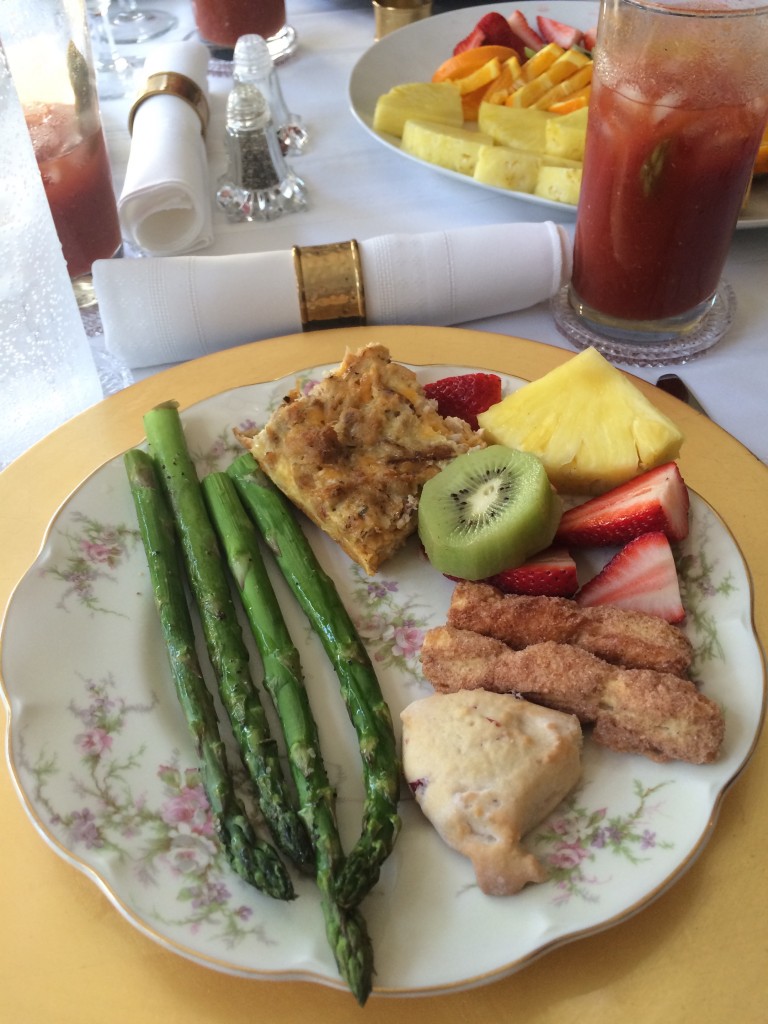 Michael’s mom made her amazing crab and egg dish. There was the ham and the roasted asparagus, fruit and mini orange scones (that were delicious) and these little cinnamon sticks that were 30 calories each. We all ate way too much. But it was tasty (and basically the only meal I ended up eating on Sunday).

Check out this little guy: 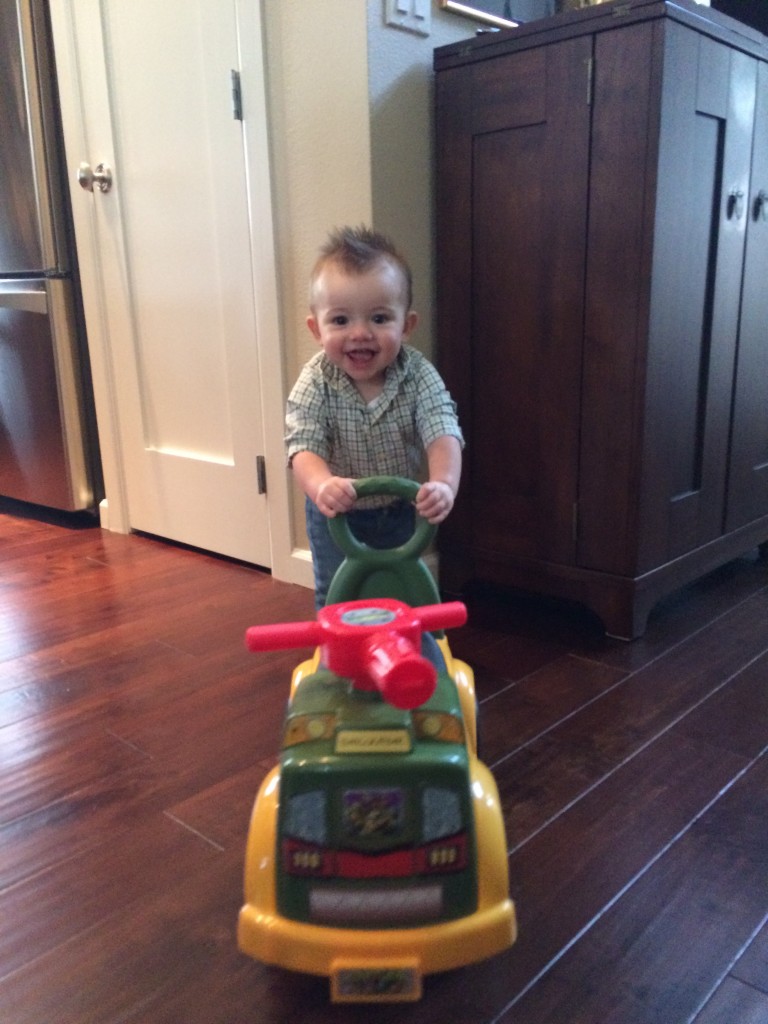 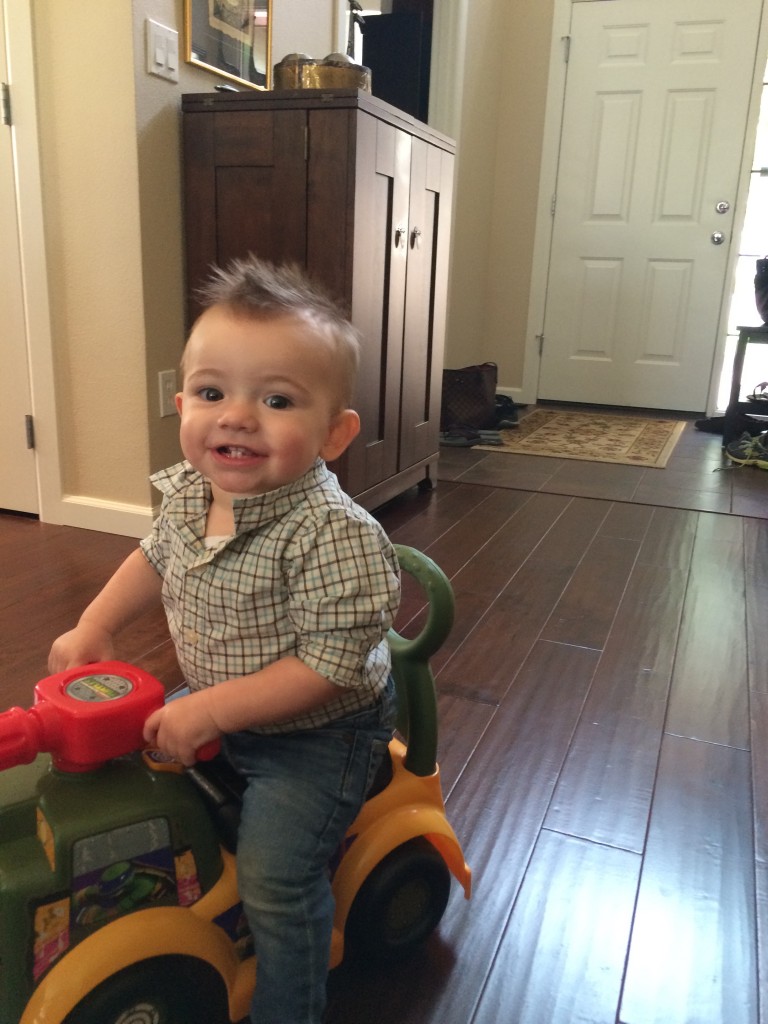 One of Michael’s second or third cousins…? I can’t keep it straight. 🙂 But he’s about a year and a half and just found his legs! He’s such a cutie and great little baby. Great smile and sweet personality. It was fun playing with this little man that had nothing but toothy grins for everyone as he showed off his moves on his bike!

After lunch we went home and I went to the gym. I think it was like 4pm at this time and the gym was almost entirely empty. There were about 4 people in the cardio room with me. I did 45 minutes on the elliptical and called it good. I was a little sore from Saturday’s gym session (weights and running on the treadmill). But I wanted to get something in to take the edge off the pastries and goodies I ate all day!