I left off with Anna and I lounging like lizards by the pool. It was blissful! I needed some relaxing time and some sunshine. I love the desert…

We cleaned up and got ready for the wedding and took the street car downtown. The wedding was at the Z Mansion. It was such a cool building! (When we got there we explored a little bit and there were secret passageways and all sorts of neat things.) 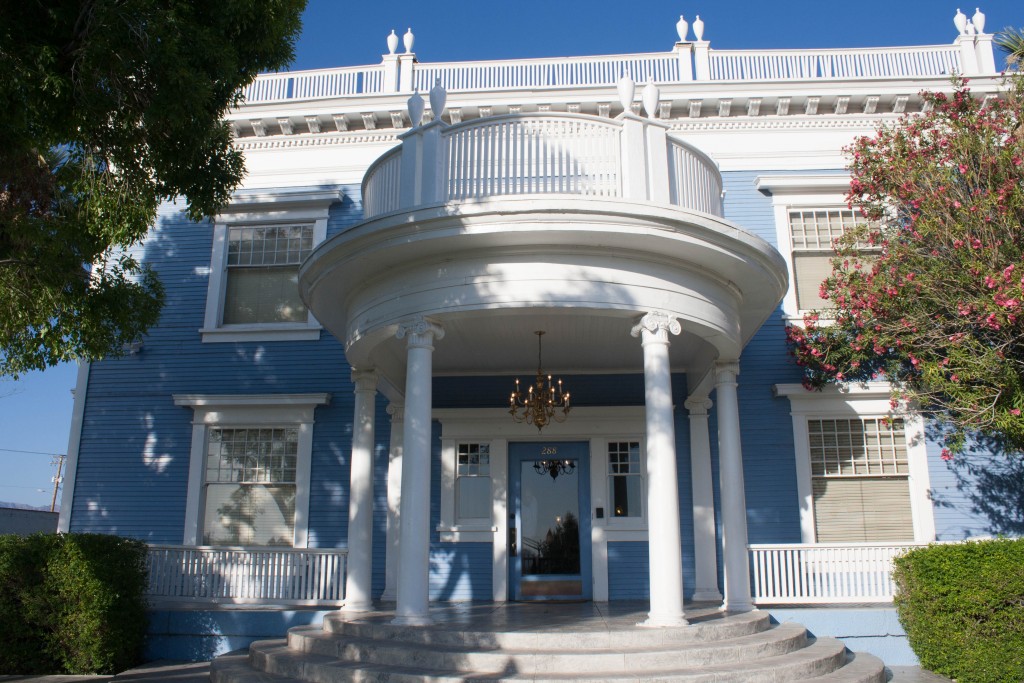 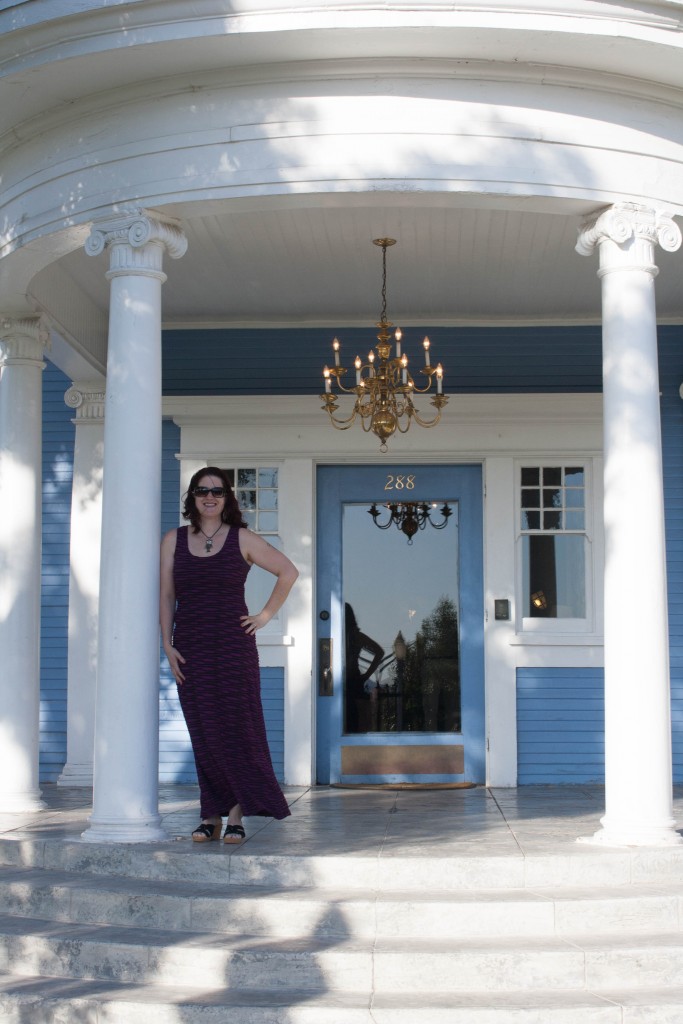 There wasn’t much around there and we hadn’t eaten lunch (the vodka and pineapple didn’t count LOL). We wanted a snack so we ended up going to a Mexican restaurant across the street and sharing a snack of guacamole and chips and a quesadilla. 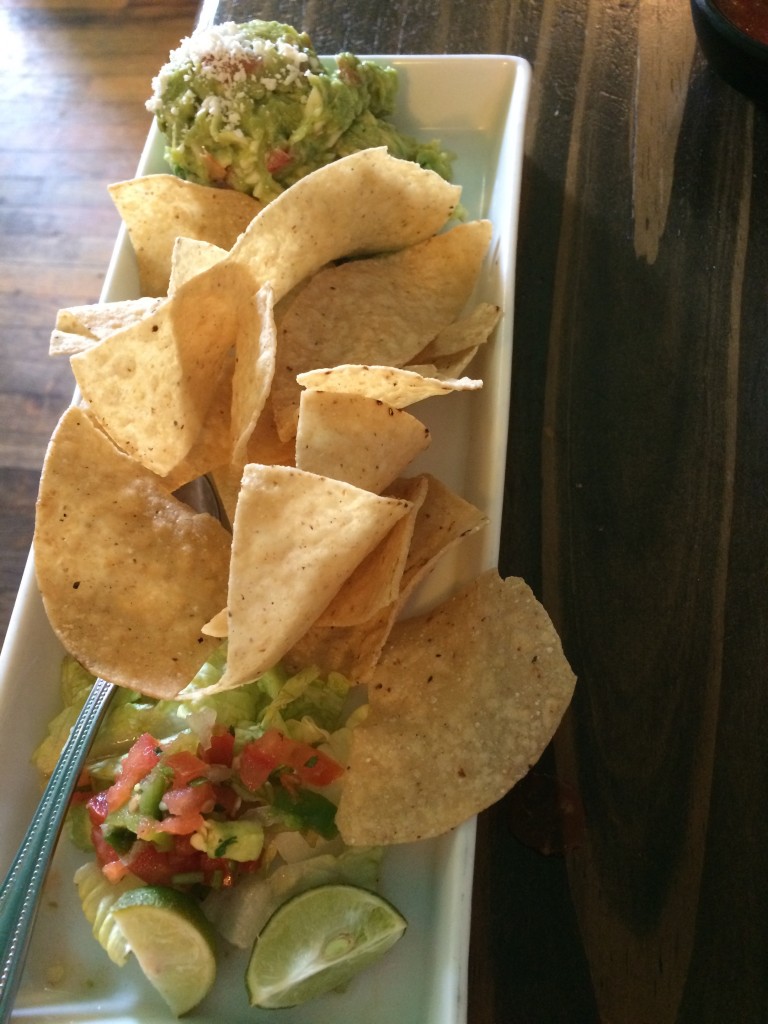 Then it was time for the event! We hung out and explored the mansion a little bit during cocktail hour. 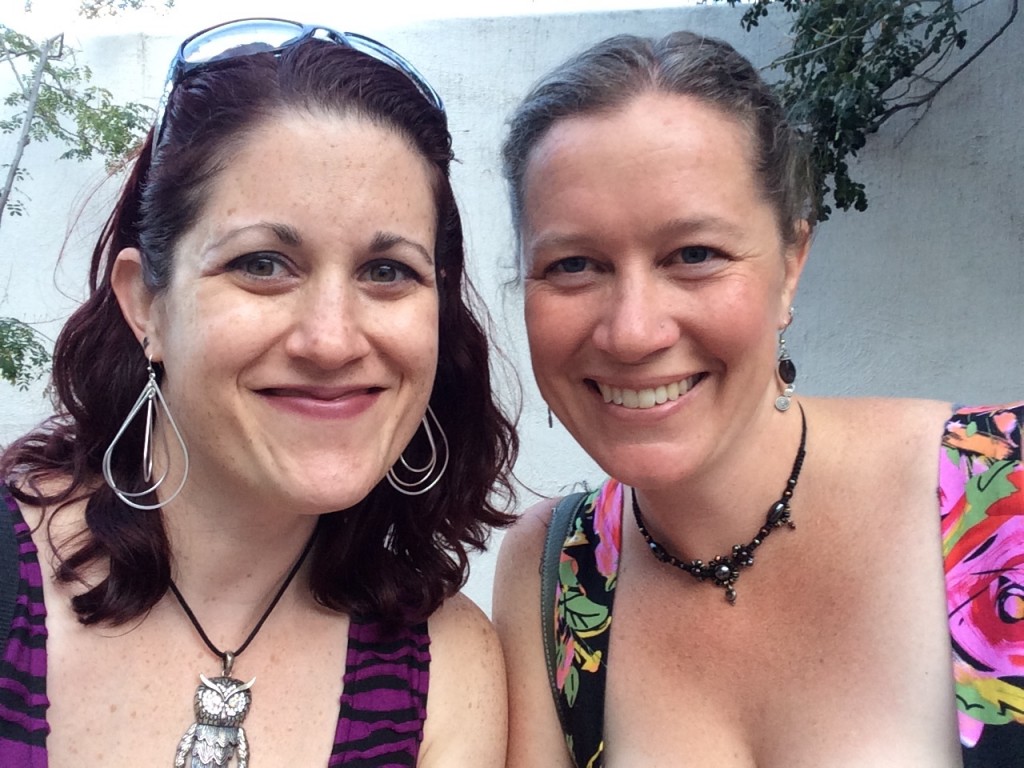 I LOVED the wallpaper. I wonder if Michael will let me do this to our house…..? I know I just remodeled my bathroom but now I wish I had peacocks on the wall… 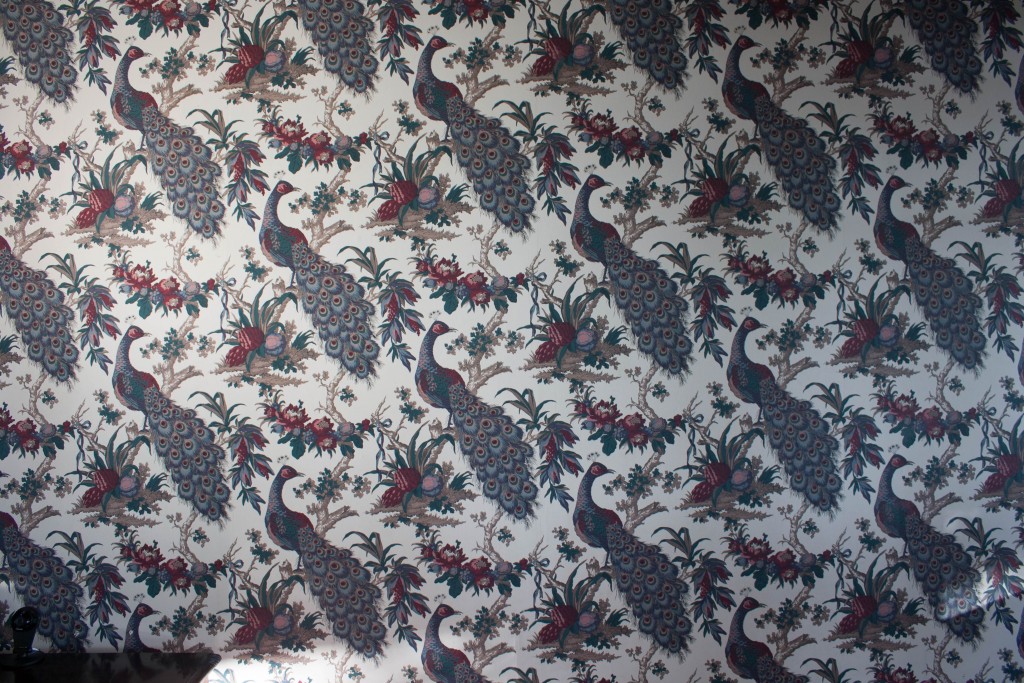 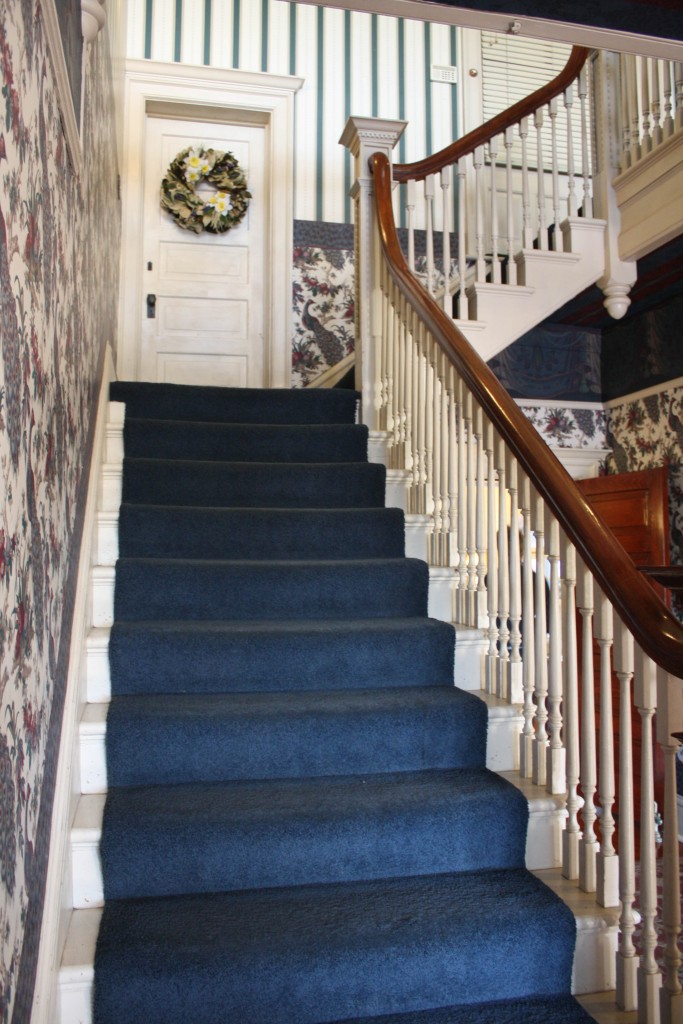 The wedding was outside in the backyard. It was an intimate wedding under the trees that were decorated with fairy lights. There was a gazebo and a fountain. The colors were a creamy ivory and sage green. I loved the colors. 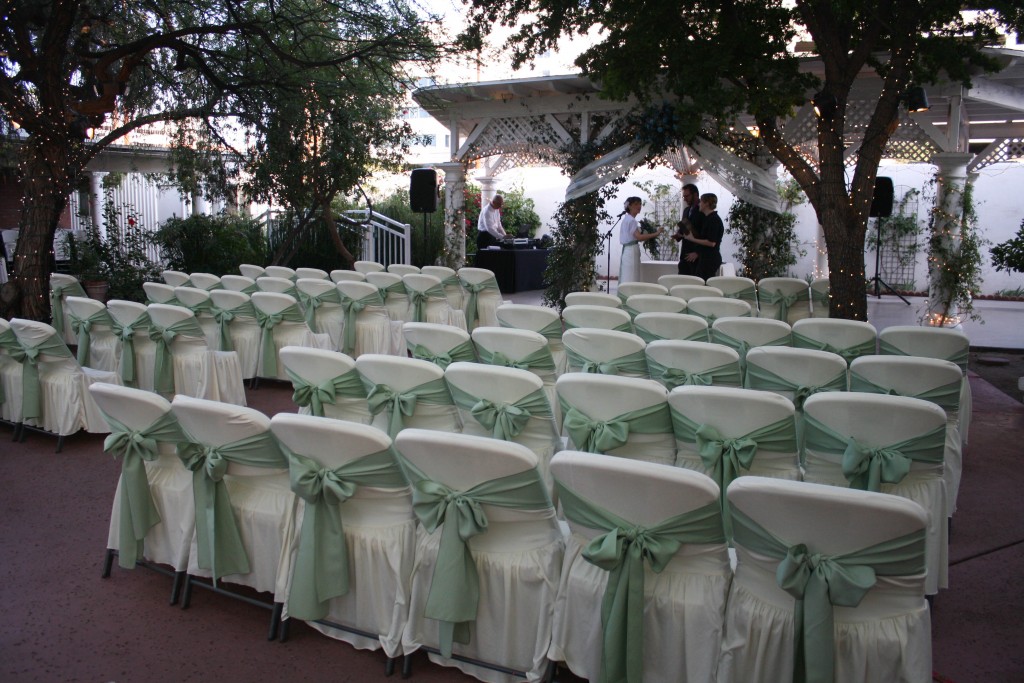 Christine looked gorgeous! Her dress was simple and looked breezy and comfortable (and perfect for a hot Arizona day). Everything looked magical. I was so happy for the couple! 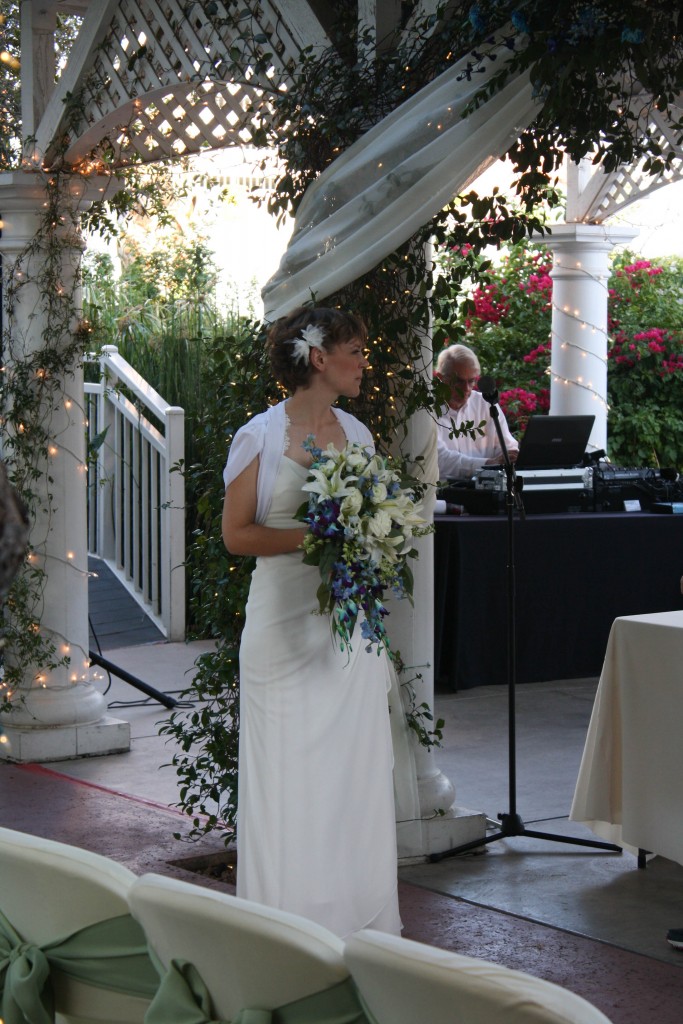 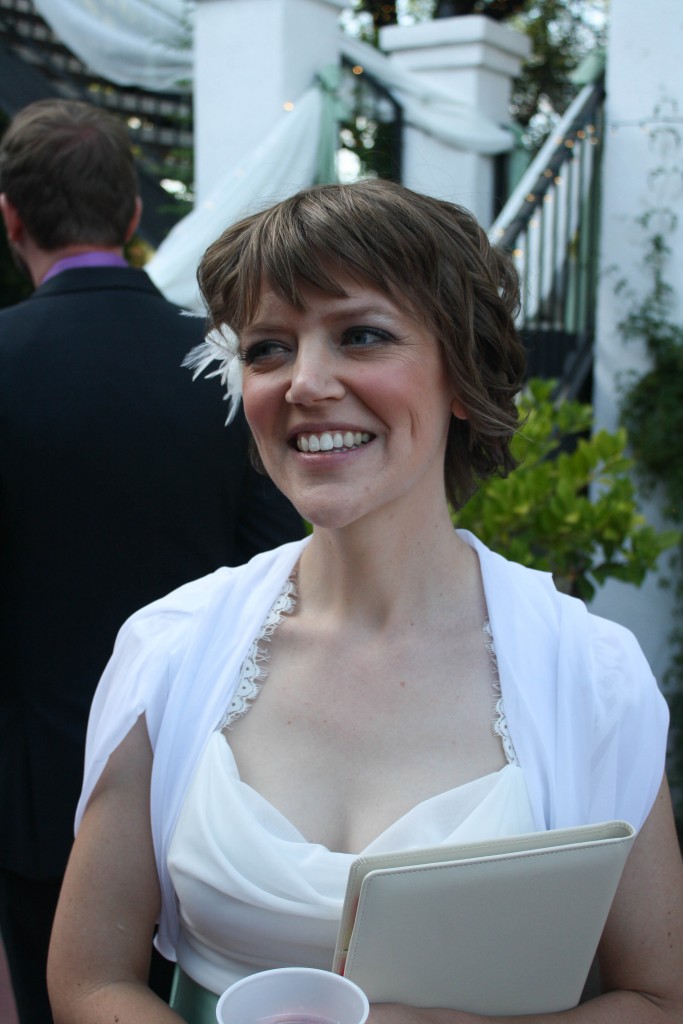 She walked down the stairs and then her dad met her and walked her down the aisle. Christine and Jeremy had a very sweet, romantic and unique wedding ceremony. They each talked a little about how they met and it was funny! I was so impressed they were able to like have SPEECHES! And an ACT! Michael and I wrote our ceremony and vows so that our friend Star was the one saying everything and we just said “I Do” because we both knew we wouldn’t be able to talk much up there. 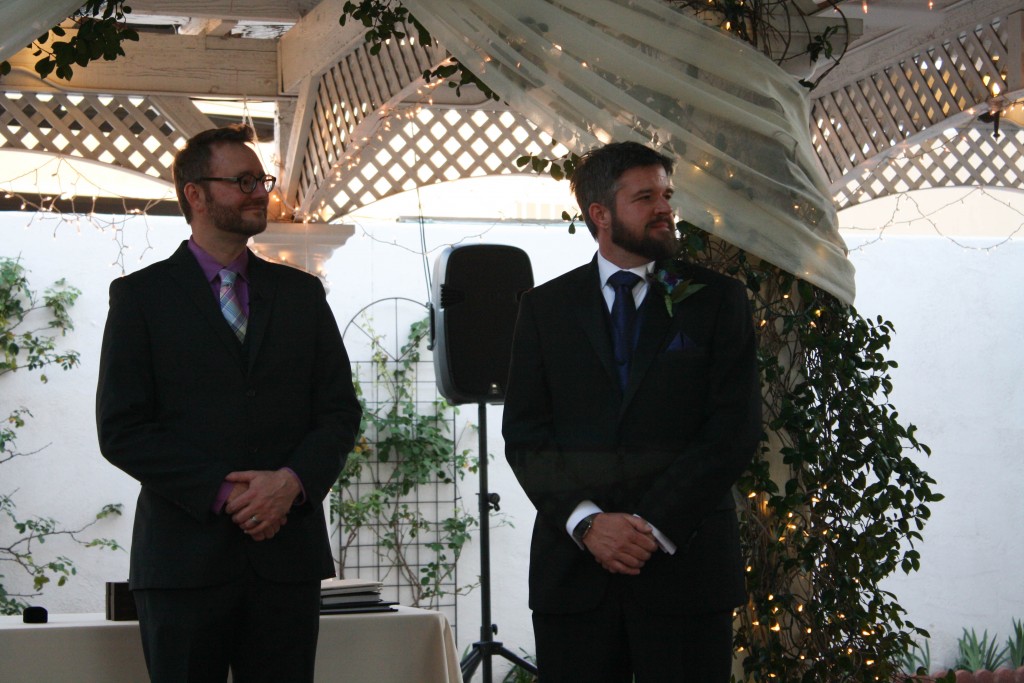 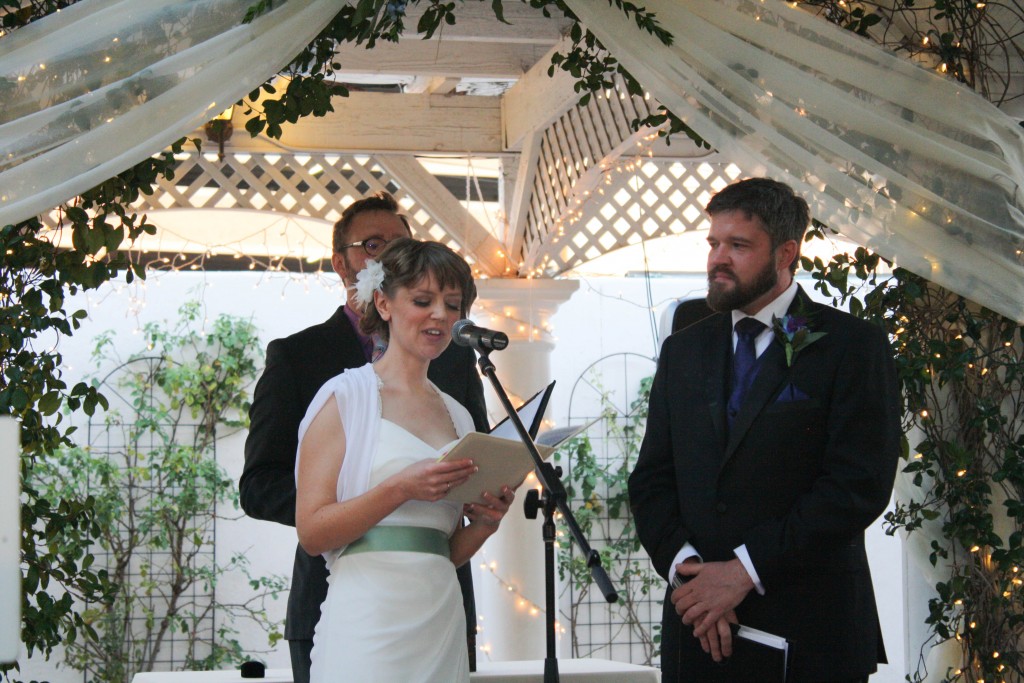 It was very romantic and there wasn’t a dry eye in the house–even Anna who didn’t know the couple was bawling her eyes out. LOL

After the ceremony they got group pictures of all the guests and then we all kind of hung around by the bar area while we waited for the tables to be set up. 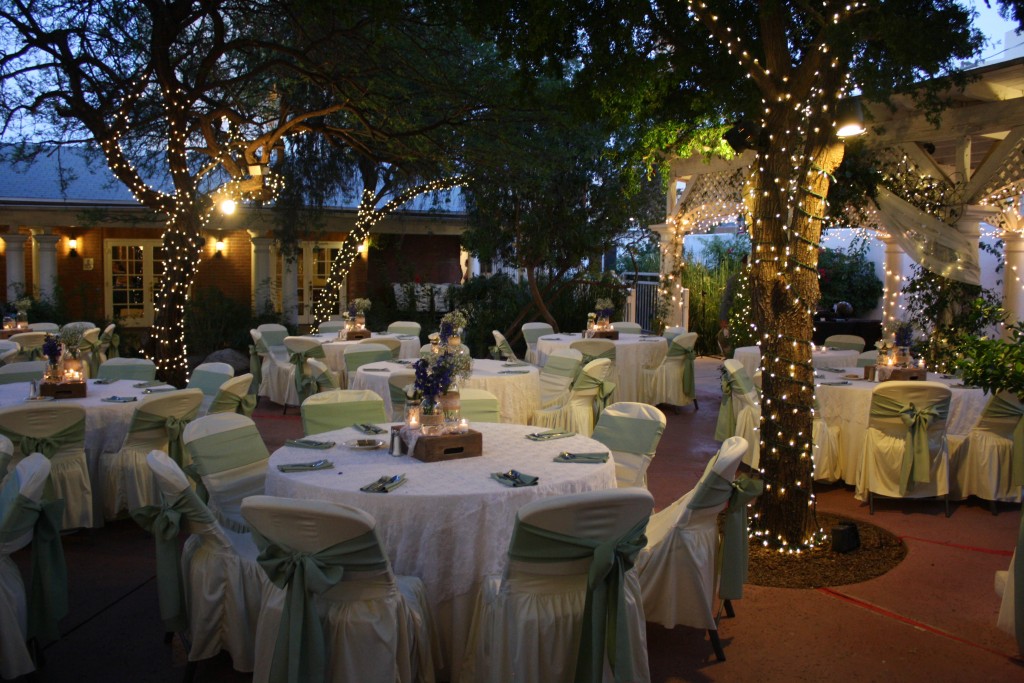 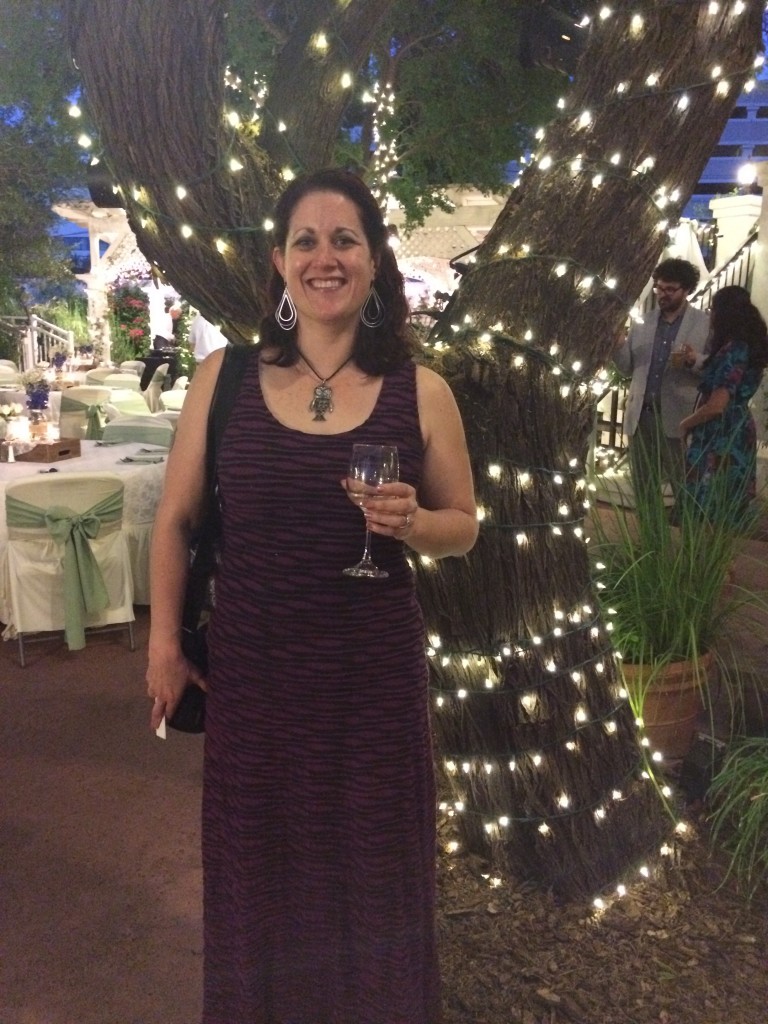 Anna and I won the lottery with the table. Table 8 ruled! We made lots of new friends and had a blast! 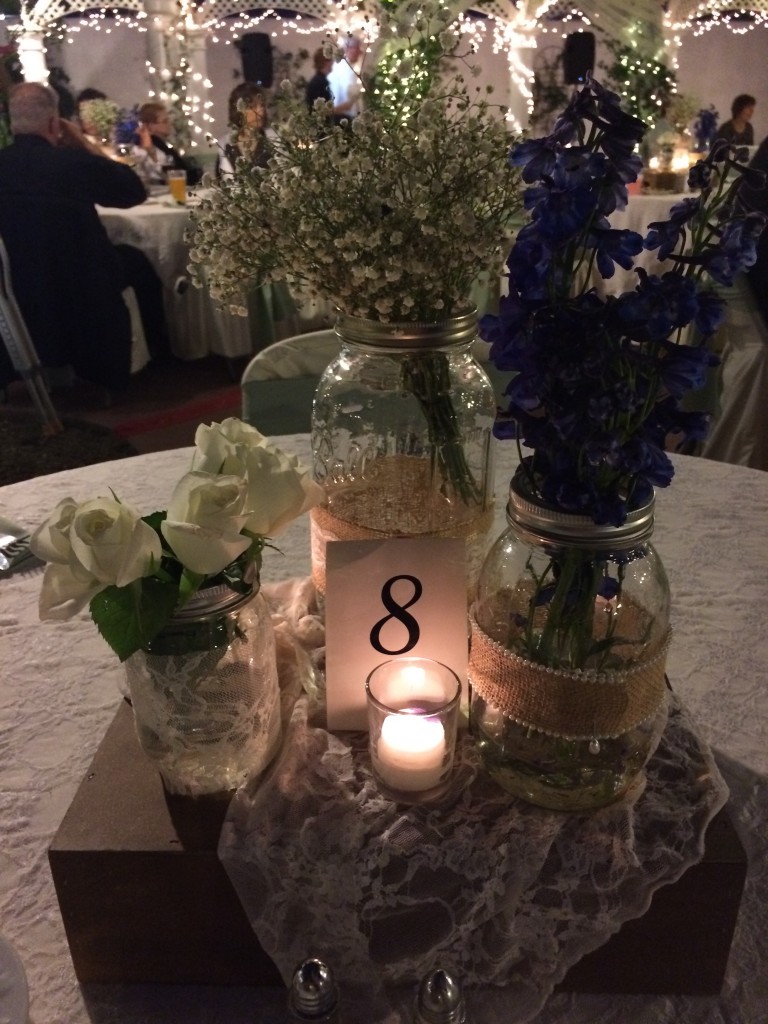 There was drinking, dancing, food, lots of laughing. 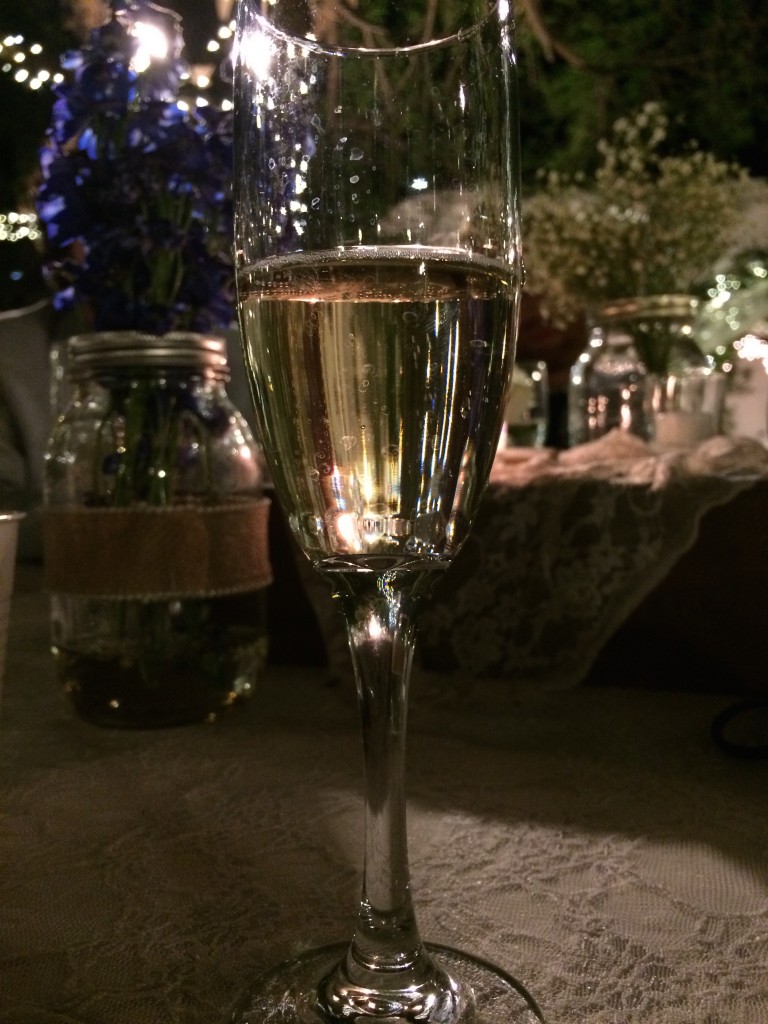 They had anyone who wanted to come up and give a speech. Apparently I’d had just enough wine to feel bold enough to go up there. Eeeek! Had I known this was happening I would have written something but I went up there, heart pounding, and winged it.

I think my speech started off with… “Picture gray, rainy Seattle…it’s the 90’s. I’m obsessed with Nirvana and Christine is obsessed with Soundgarden. I think we both have braces and are beyond awkward…” And then Christine jumped in and said yes, and something to the effect of still being awkward (truth). I talked a little about how I met Christine in middle school and said some nice things about her and then of course, Jeremy, her new hubby, I had to comment on his excellent taste in beer. I was told later the speech was ok. I was so nervous I don’t remember much! 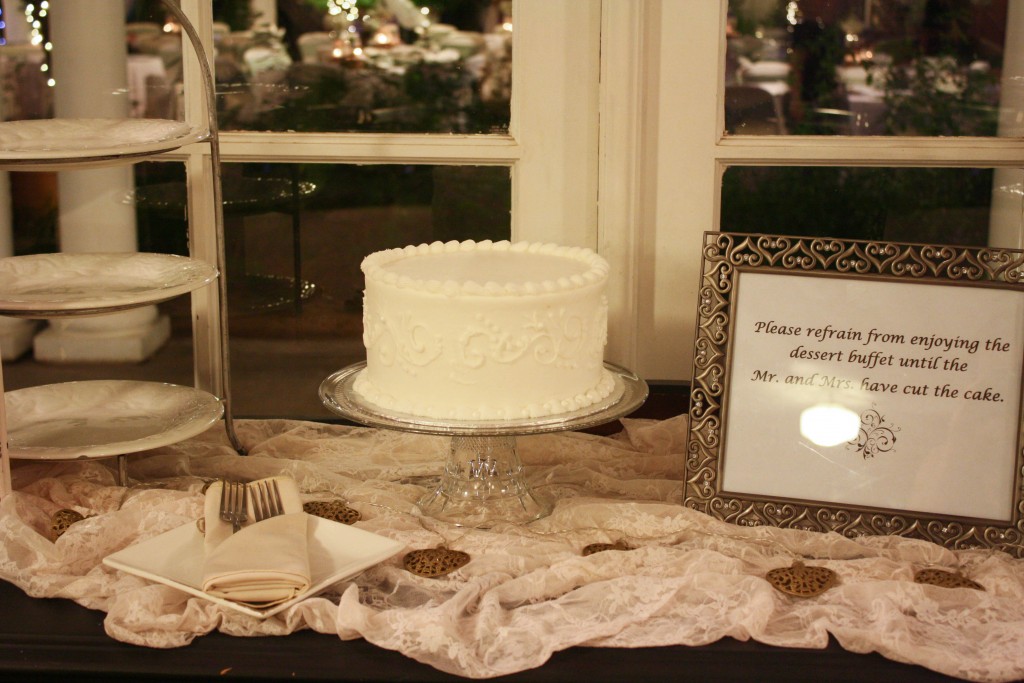 We stayed pretty late and danced into the night with Awesome Table 8 (Anna suggested we have a 10 Year Table 8 Reunion) and then we walked back to the street car and headed to the hotel. It was a great wedding!

We slept in and decided on having a very leisurely day. We got breakfast at Dunken Donuts (across the street from our hotel). I love DD!! The iced coffee is amazing. And I love how quick and easy, low-calorie and delicious the breakfast sandwiches were. That became our breakfast norm. 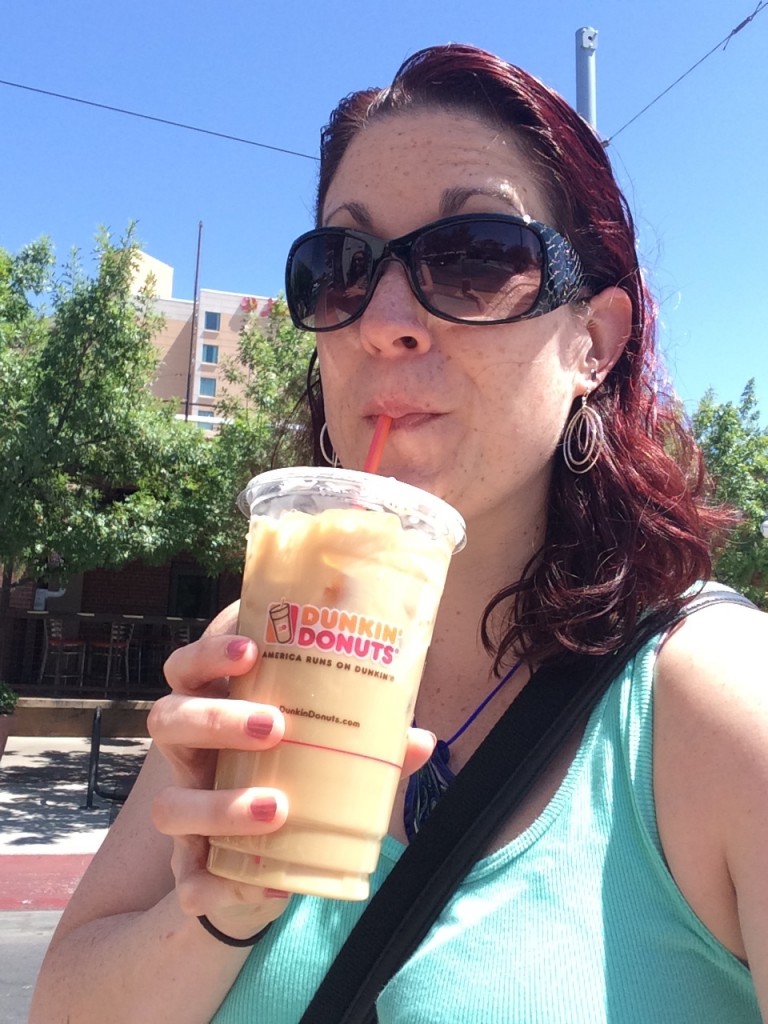 Then we took the street car back to 4th Street so we could finish our sightseeing and shopping and then we checked out the University Campus. 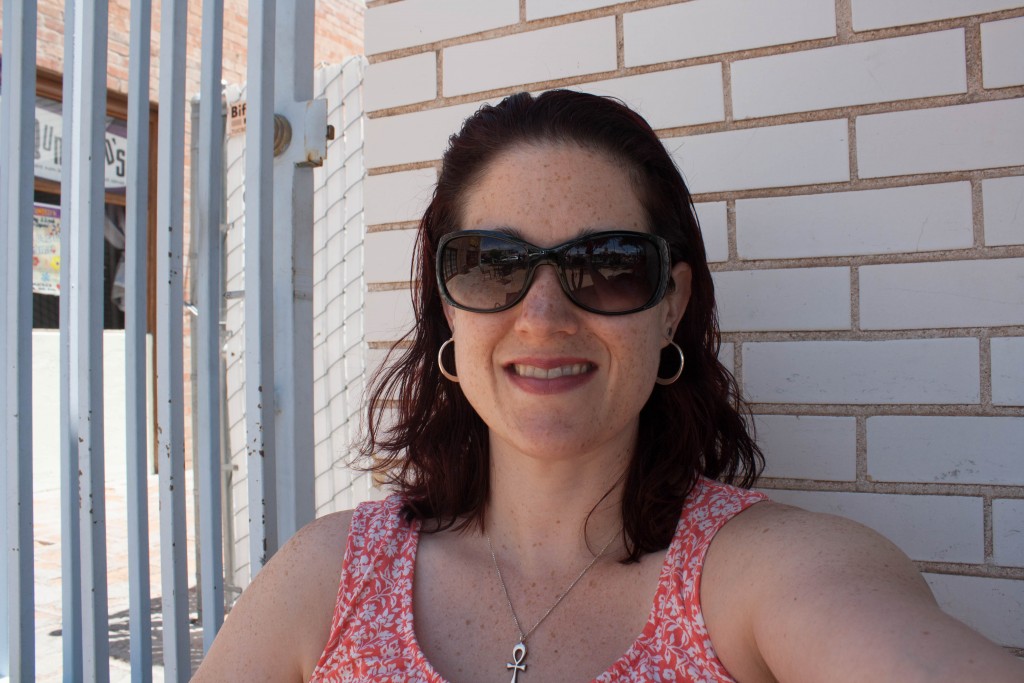 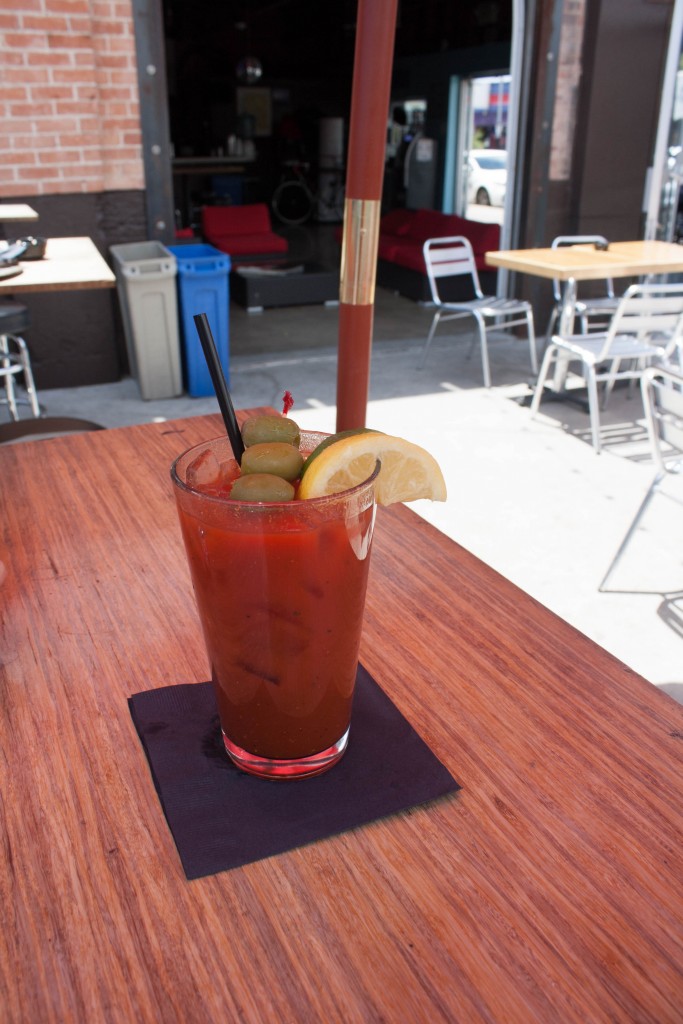 Lunch was Mexican food at B-Line, a cute bistro with delicious food. I got the Carne Asada tacos. It was just the right amount of food and really tasty. Another place I’d recommend if you visit Tucson. 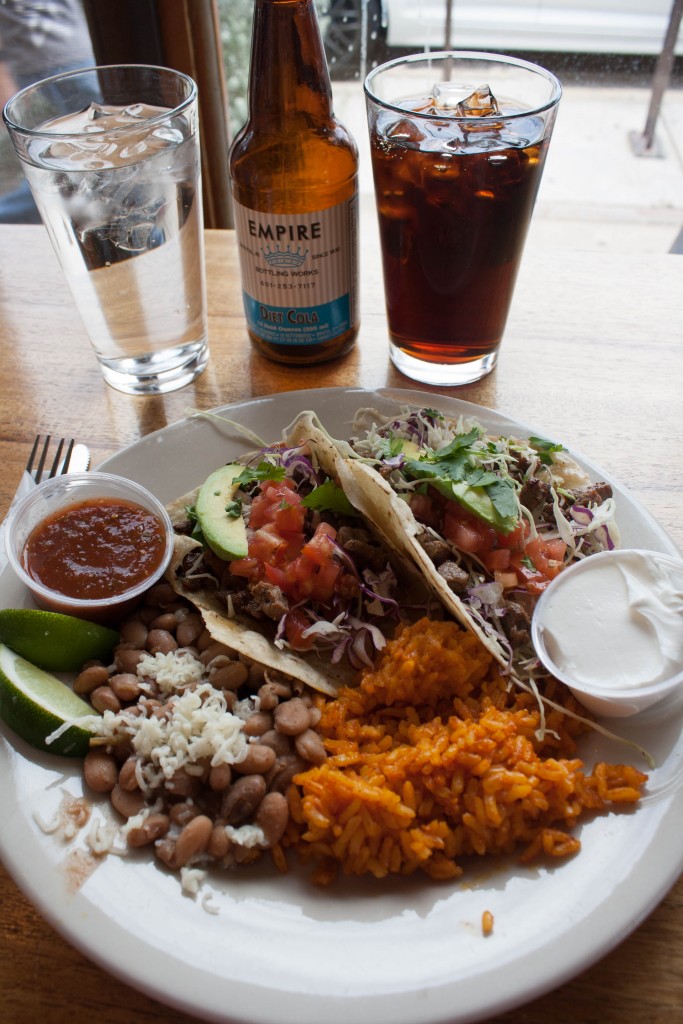 After that more walking, more shopping, and then back to the hotel to spend the day by the pool. I finished reading my book and started the next one, took a nap, relaxed. It was lovely! I FaceTimed with Michael and Bella by the pool. 🙂 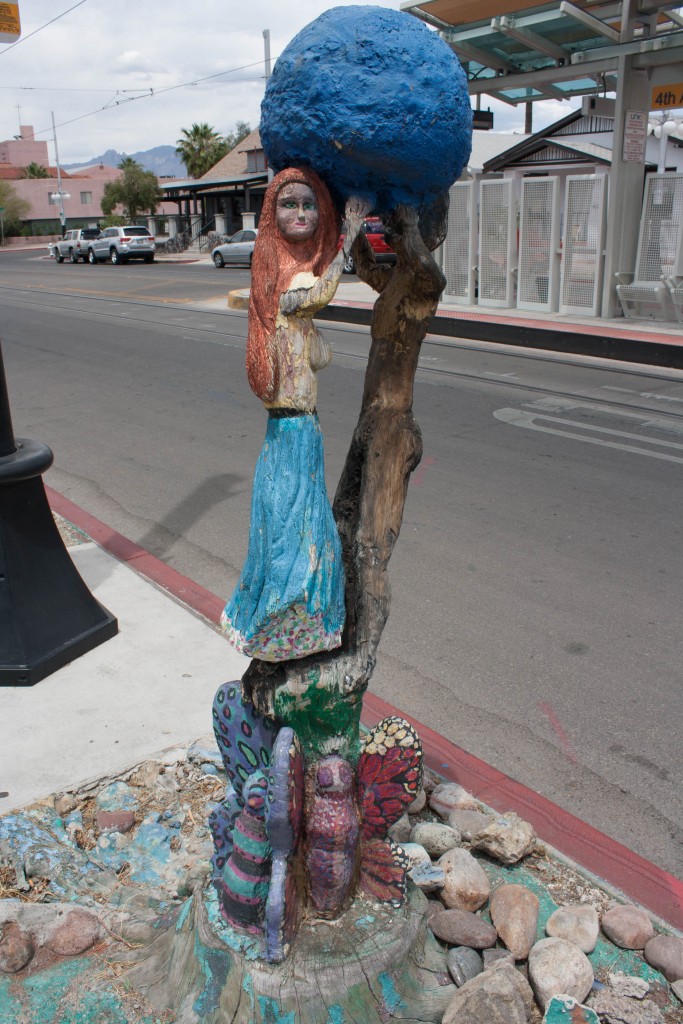 I had some time to kill before dinner so I ended up going to the hotel gym for another quick elliptical workout. 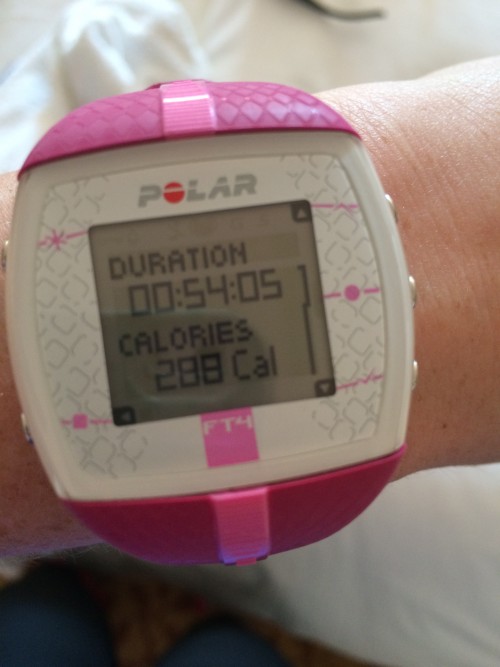 Dinner was at Hub. We cleaned up and took the streetcar back downtown. The place was huge and packed! But we got a table immediately. We got tasty beverages. 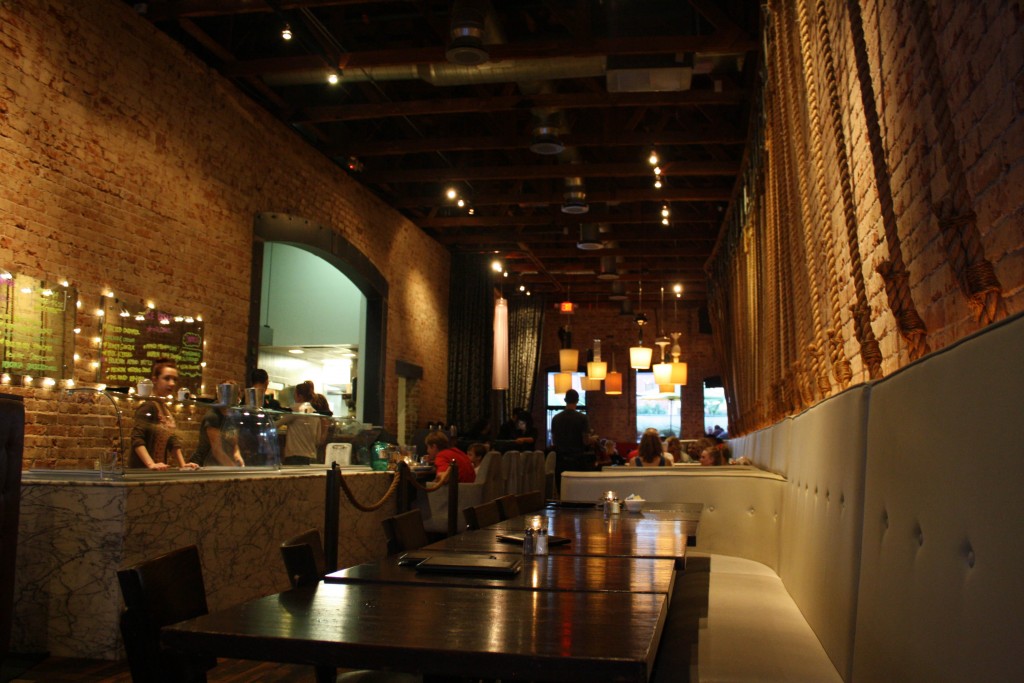 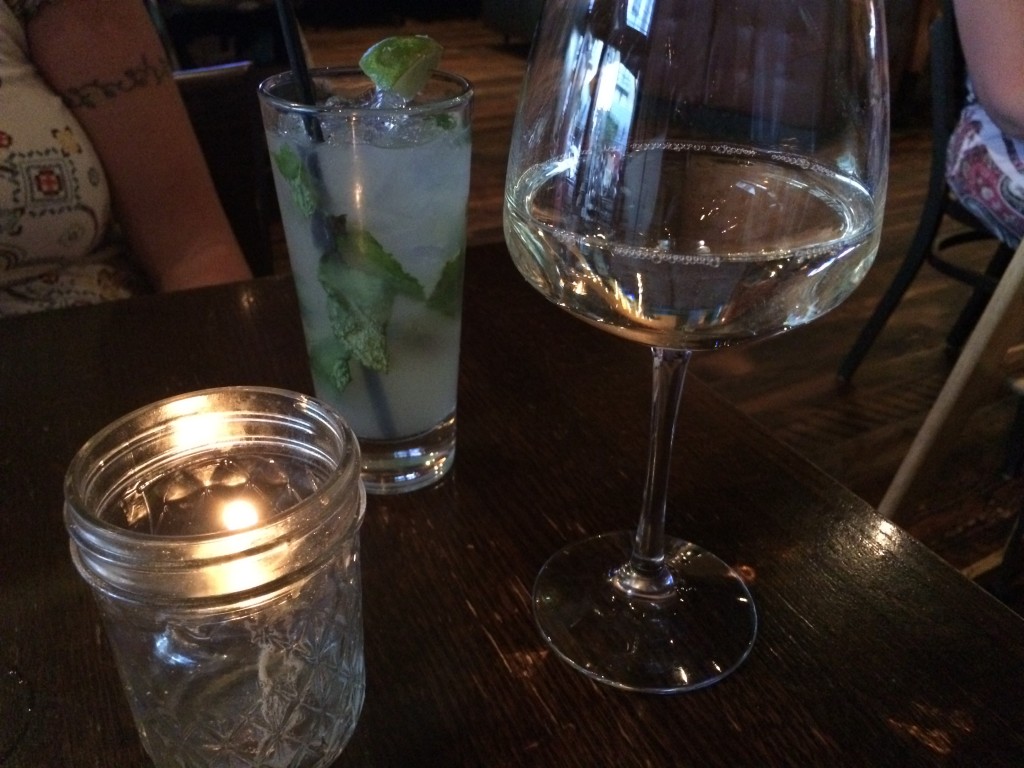 And I ordered the Veggie Burger. It was a Chipotle black bean patty with roasted red pepper aioli on a delicious brioche bun. I got a salad instead of fries. The whole meal was fantastic! I was really impressed with the food and the vibe was pretty cool. 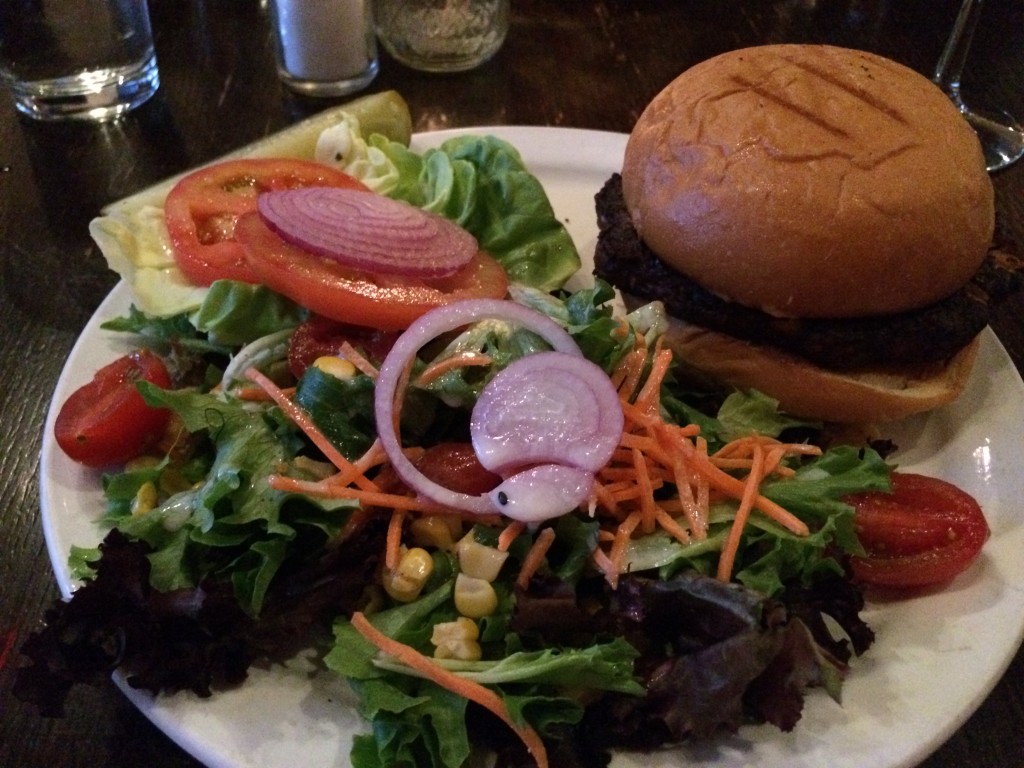 It had high ceilings, exposed brick walls, cool decorations and apparently they are known for their ice cream because there was a huge setup for that too. Sadly, we had to skip the ice cream because we wanted to make the last train of the night back to the hotel. We could have walked it but…we didn’t want to! So we hustled back to the train. I think on Sundays they stop running at 8pm. It was a really perfect day and I happily fell asleep early and slept like the dead.