I know I haven’t posted an update on the diet in a few weeks. I think I left off a month ago where I had lost 6 pounds, then stalled out. I kept gaining and losing the same 1-2 pounds back and forth, back and forth…for weeks nothing worked.

I was really frustrated and felt discouraged, especially considering I was doing this restrictive carb diet–to restrict and not see progress SUCKS.

I tried many times to get that number down but let’s be honest here. If I am going to REALLY try and do a low carb diet, I need to cut out all fruit (don’t want to do that) and a lot of other stuff…I mean, I hit 15 grams of carbs with just my coffee creamer in the morning. 🙁 Not going to cut that out! 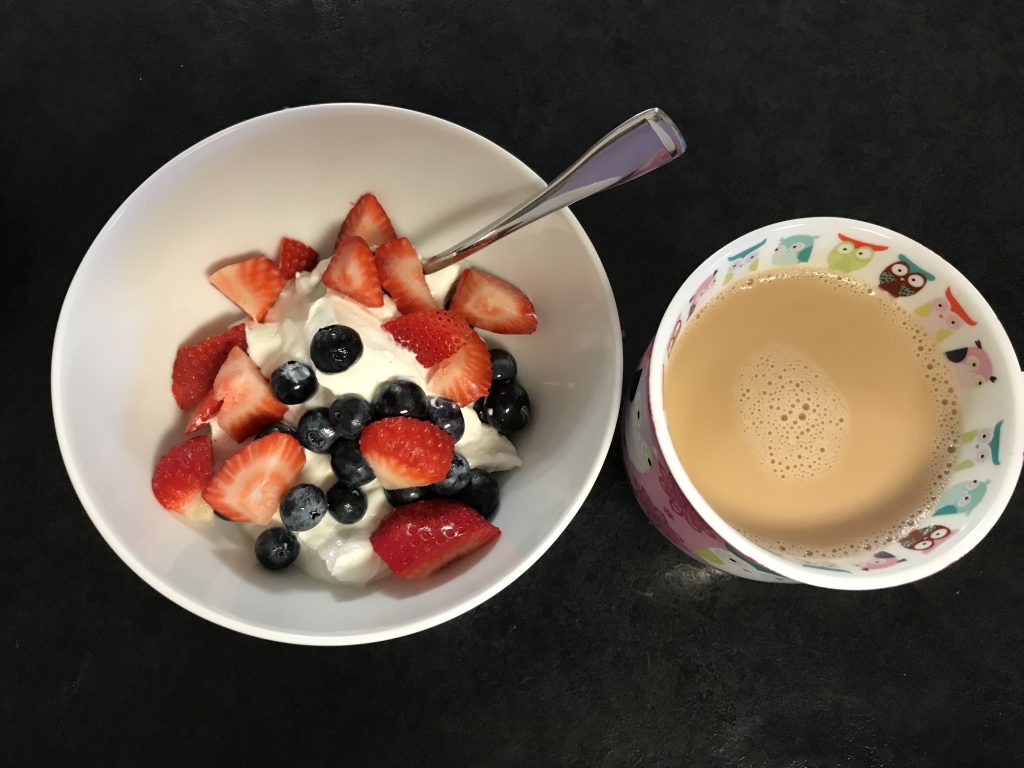 We had an awesome cheat meal last weekend: breakfast for dinner! 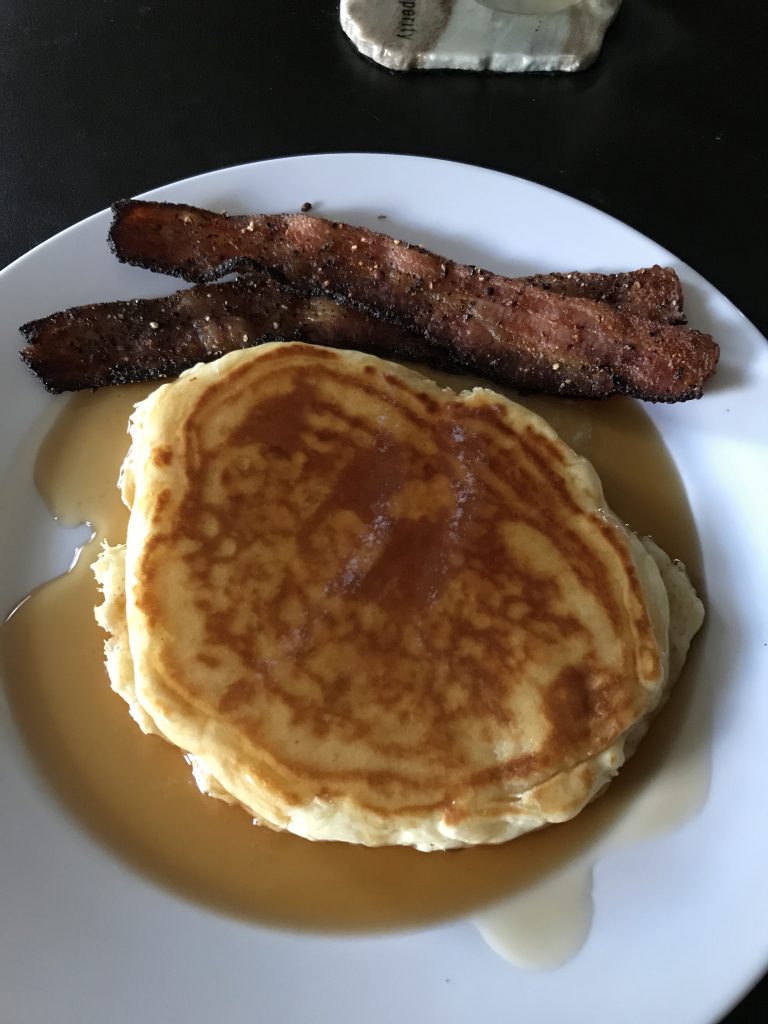 I’d been craving pancakes lately so for dinner last Sunday night Michael made us pancakes and bacon. I used light syrup which cut the carbs in the syrup by half. This was also the first time Logan tried pancakes. He loved them! 😉

My lunches last week were really good. I was kind of sick of my meat and cheese rollups and needed to change things up. I also needed a break from the high sodium diet that comes with eating meat like that. It’s not the best choice, honestly.

So for lunches this time I did salads. I cooked up some ground turkey with low sodium taco seasoning and I had big green salads topped with veggies and the taco meat. 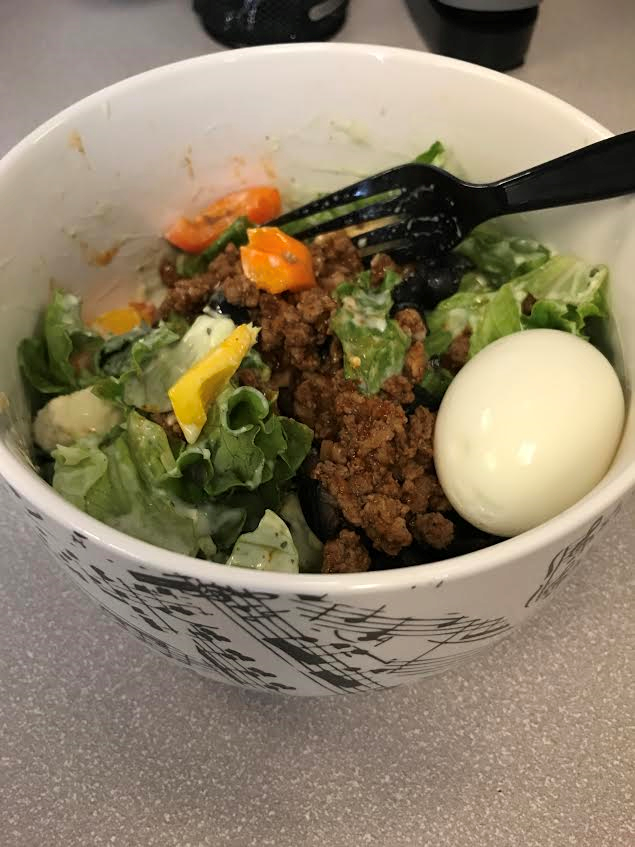 I had a hard boiled egg and some Greek yogurt with fruit for snacks. I also supplemented some snacks with low-carb protein shakes. It was nice to change things up and eat something different.

Now for the weight loss aspect…A month ago I was staying about the same and just couldn’t get over that hump. We went on vacation to Bend and I was afraid to weigh myself. 🙁 I hadn’t worked out much in Bend, or when we got home (I was sick), and my diet hadn’t been great. We ate pizza and sushi and drank beer in Bend…but I got on the scale anyways and surprise surprise! I finally lost the weight that I’d been gaining and losing over and over again.

That was a nice surprise. So I am back in the upper 160’s and feeling a bit more motivation. It also kind of motivated me to maybe try doing a true low carb diet to see if that jump starts things further. I have 12 pounds to go to get back to pre-baby weight, but ideally 15 pounds to go total.

I also emailed my doctor. I spelled out my typical diet, calories and weekly exercises. She responded with “um wow! You’re kinda already doing everything right…” SIGH. I know! And it’s not working!! Her only suggestion (besides the usual, drink more water, eat real food not from a package) was to cut my calories from 1600 to 1400. So for the last week I’ve been at 1450 calories. We’ll see what happens when I weigh in next week!

Is It Working Yet?