My mileage for last week on the bike was about 35 miles. My hope for this week is to double that. Tuesday was my bike to work day. I need to figure out something else to eat for breakfast on days I bike to work because the breakfast I currently eat sits way too heavy in my stomach. I felt like I might vomit a few times on the ride simply because I was too full. I ate two scrambled eggs and a serving of beans. Hmm, maybe just cereal in the future. 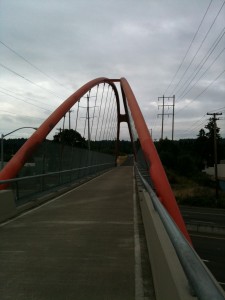 The morning was cool but I warmed up quick and had to take off my warm gloves for my regular biking gloves. My legs were slow and tired too. I was still sore from Sunday’s run I think. 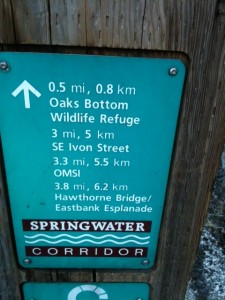 It was a quiet morning without much bike traffic on the road. I rode through Sellwood and on the Springwater Corridor to downtown. I feel pretty lucky that I have such a nice commute. 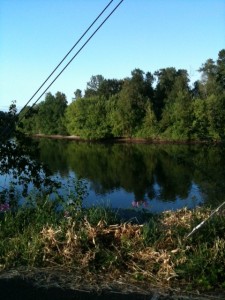 There were no deer sightings this time. Other than feeling too warm and my legs were lethargic, it was an okay ride. I passed OMSI and headed across the Hawthorne Bridge. 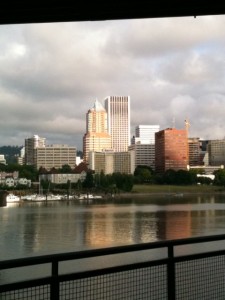 I biked up the west side of the Esplanade, passed the Brew Fest! They were setting up the tents for it right on the waterfront. Looking forward to it this year. 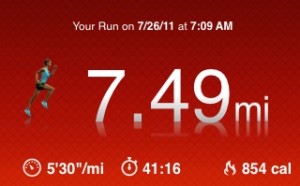 Not bad for the morning! I was slow and didn’t burn a lot of calories compared to last week but it’s a good start for the week. 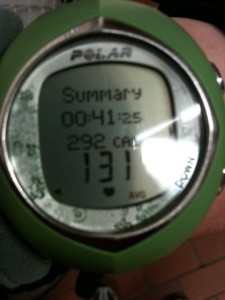 The day warmed up nicely and I left most of my stuff at work so I wouldn’t have to carry it home in my backpack. 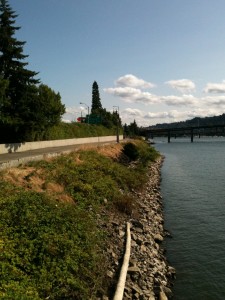 I didn’t have to wait for any boats or bridges this time. I sped along the Esplanade toward the Springwater. 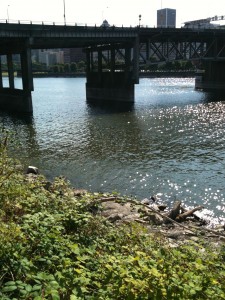 The water was beautiful and glistening, the temperature was warm. It was a very comfortable riding temperature but I still wished I had left my backpack at the office entirely. I need to figure out a better way. The big backpack–light or not–makes me sweat a lot on my back. 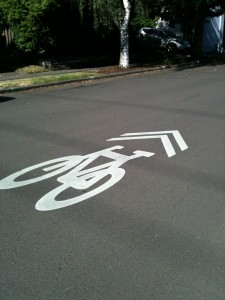 The bike route through Sellwood is really nice and big. It’s clearly marked, with signs as well. So anyone visiting the city could easily follow the trail to the Springwater. I recommend all visitors to Portland give it a try. It’s fun! 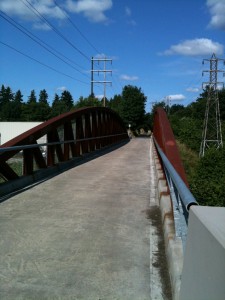 I got the the Springwater and decided to keep going instead of getting off and going to the car. I biked a few more miles to the Johnson Creek parking lot before turning around and heading back. It was such a nice day I wanted to keep riding! 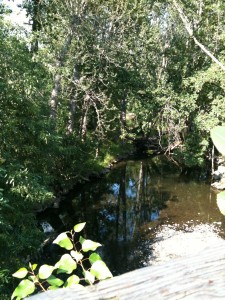 People were cooling off in the creek below me as I rode by. I saw a mixture of people on the trail: the newbie cyclists, the people on cruiser bikes, the kids on mountain bikes and the super serious cyclists with all the best gear and clothes. 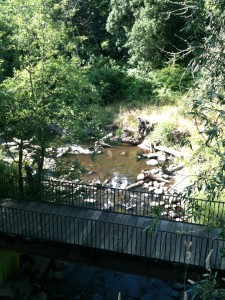 I rode back to the pathway off the Springwater and biked to the car, kinda sad I was ending my bike ride. 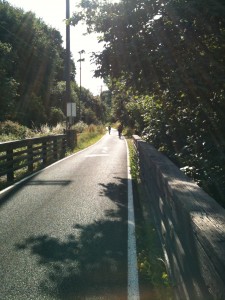 It was a nice ride though! 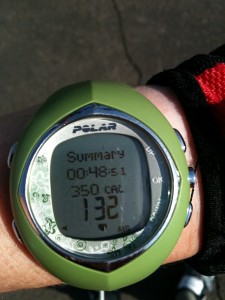 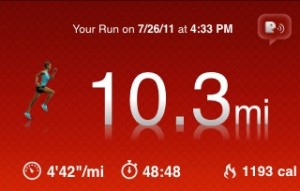 Total Distance: 17.79 miles! Love it! I need to extend my commute a bit next time. 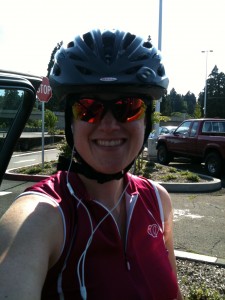 The rest of the evening was yard work and then we made pizza. It’s been way too long since we made our homemade pizza. I picked some fresh oregano, basil and rosemary from the garden to go on our pizza. 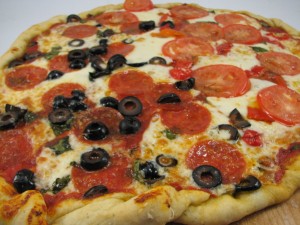 The pizza was great. I loved the fresh herbs on the pizza and the crust was garlicky and delicious. I really wanted a third piece of pizza but I refrained and only ate two pieces. It was hard but I calculated my calories and having that third piece would have put me over for the day–even with the calories I burned exercising. So two it was.

QUESTION: When you are faced with food temptations and cravings, how do you stay strong?