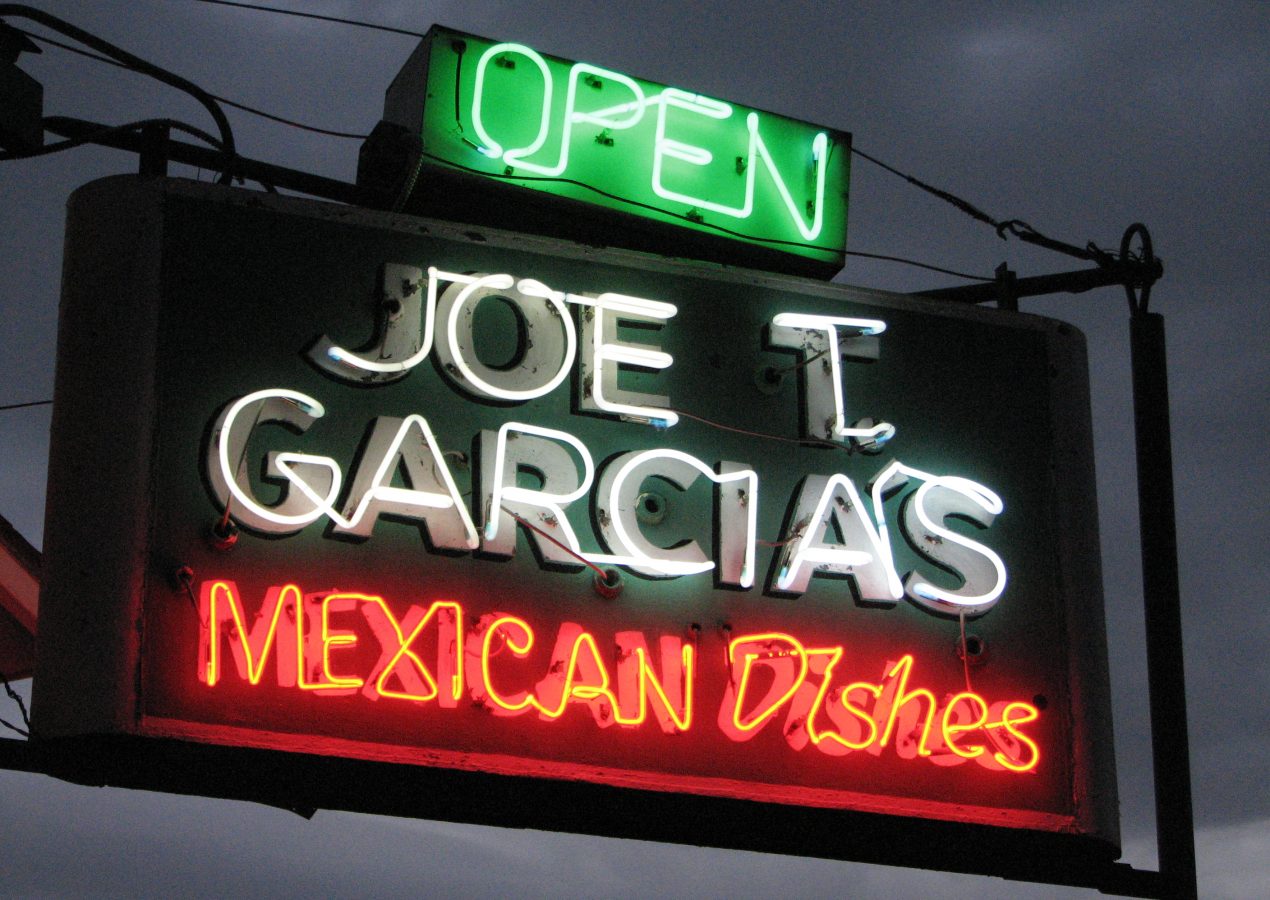 If I told you that Michael and I liked Texas so much we went back the weekend after our trip to Austin, would you buy it? Well, we did go back to Texas. This time, Dallas. It wasn’t ideal–Texas two weekends in a row. But Michael’s family had an event that we’d planned on going to all year long. Then my cousin got engaged and set the date for her wedding in Austin. We kept hoping the dates would line up perfectly so we could make one trip to Texas.

Well it didn’t line up that way. Neither of us wanted to spend 12 days in Texas in order to save airfare and we couldn’t take that much time off work. Two trips it is!

We flew from Portland on Saturday morning and arrived in Dallas after lunch. It’s funny. I’ve NEVER been to Texas in my entire life and then I go twice in one month. 😛 Laugh away. We arrived in Dallas in time to unpack and relax a bit at his dad’s house before changing for dinner.

It wasn’t just a normal dinner, it was also the 90th birthday of Michael’s cousin. It was a pleasure to meet her! She was a feisty firecracker of a woman. She was so interesting too. She lost her first husband when she was 23 years old–he was killed in Japan by a suicide bomber. What an amazing story.

Did I also mention that it was stormy and rainy when we arrived in Dallas? We LEFT the rain in Oregon, hoping for sunny skies and warm weather. Instead it was stormy: pouring rain, lightning! Apparently it was the first rain they’d had in six months! Figures.

For dinner we went to Michael’s cousin’s favorite Mexican restaurant — Joe T. Garcias. What a crazy place. It was at least a whole city block big–with four huge parking lots for the restaurant. The place was humongous. Words cannot describe how big. The waitress guided us through a massive banquet room–which was completely full–outside through a large patio into another massive building. (When we left after our dinner the place had a line a mile long, outside into the rain to get in!)

The other funny thing about Joe T. Garcias restaurant is that there are only two entrees: fajitas or enchiladas. That’s it. There’s no menu. You can’t order anything else there. It’s also served family style. They brought nachos to the table for everyone to share (I had one) and then the entrees came out with tacos for everyone to share.

I got the cheese enchiladas (they were small, thankfully) and the beans, rice and guacamole were all served “family style.” Michael got the beef fajitas. I had a few bites.

It was such a fun and unique experience! I’ve never been to a place like that. The food was pretty good, too. The only complaint: it was INSANELY loud there. It was hard to talk to everyone. So after the musicians sang happy birthday to the birthday girl, we headed out.

We went to a nearby fancy hotel that had a nice, quiet bar where we could all talk and actually hear each other. We went to the Whiskey & Rye in the OMNI Hotel.

It was a cute place, dimly lit. Everyone on the bar was glued to the football on the TV. That’s something that’s very common in Texas. Sports, sports, sports. If they aren’t watching sports, they’re talking about sports. If there isn’t a game on, they’ll talk about old games, or ones coming up–including plans to travel to the stadiums. I’m not a sports fan. This pride and fervor that they all seem to have is very foreign to me.

We had a nice time chatting. I had one glass of red wine with dinner and one at the hotel bar. It was funny, when we were at the restaurant I asked for a wine list and the waiter looked at me like I was a weirdo. It was either red or white. 😛 Another difference between Oregon and Texas!

We headed home to Michael’s dad’s house in the pouring rain. It was literally like Portland’s rain–big, constant raindrops. Everyone thanked us for bringing the rain with us. Hmmm not exactly what I wanted! I wanted sunshine! I changed into my PJs and melted into the bed. I was asleep immediately and didn’t wake up once the entire night. That bed was heavenly.

QUESTION: Have you ever been to a restaurant like that that only had a few things to order? Have you ever had back-to-back trips?