I seem to only go to Texas for weddings. What’s up with that? As a Pacific NW girl, I’d never been to the Lone Star State and in the last 10 months I’ve been there three times. Not that I’m complaining by any means–I was happy to celebrate my cousin’s wedding and this time I was happy to be included in Michael’s sister’s wedding. We flew down to Dallas the day before the festivities were supposed to take place.

We arrived in Dallas and stayed with Michael’s family for a few days leading up to the wedding. Michael’s stepmom made her cheesy grits that I love so much and I ate that for days. It’s so good! I have the recipe and want to make it at home—will share soon. Below is breakfast on a small salad plate with one slice of bacon and tons of fruit salad. 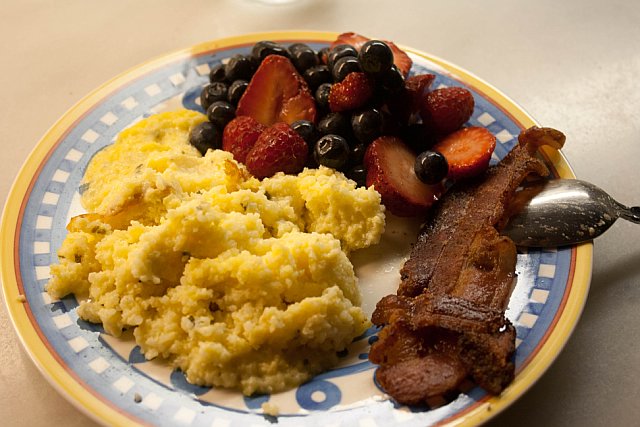 Friday morning I planned on getting up early to workout but somehow slept through my phone alarm. It turned out to not be an issue, though, and clearly my body needed sleep. Michael’s stepmom dropped me off at the local YMCA. The plan was to use the elliptical for 30 minutes, then hit the pool. Of course by the time I was ready to swim, the one open lap lane was packed.  So I stuck with the elliptical and then finished with weights and kettlebell exercises. It was a good workout and I was happy I could fit it in before the chaos of WEDDING stuff! 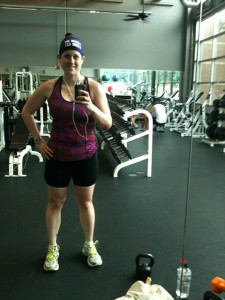 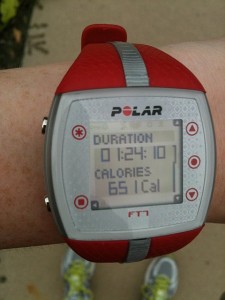 The “wedding stuff” was a lot of “hurry up and wait.” But Michael and I were just kind of along for the ride, so it wasn’t a big deal. And it kind of forced me to relax on vacation and I rarely do that. Friday evening was the rehearsal at the church and then the rehearsal dinner. 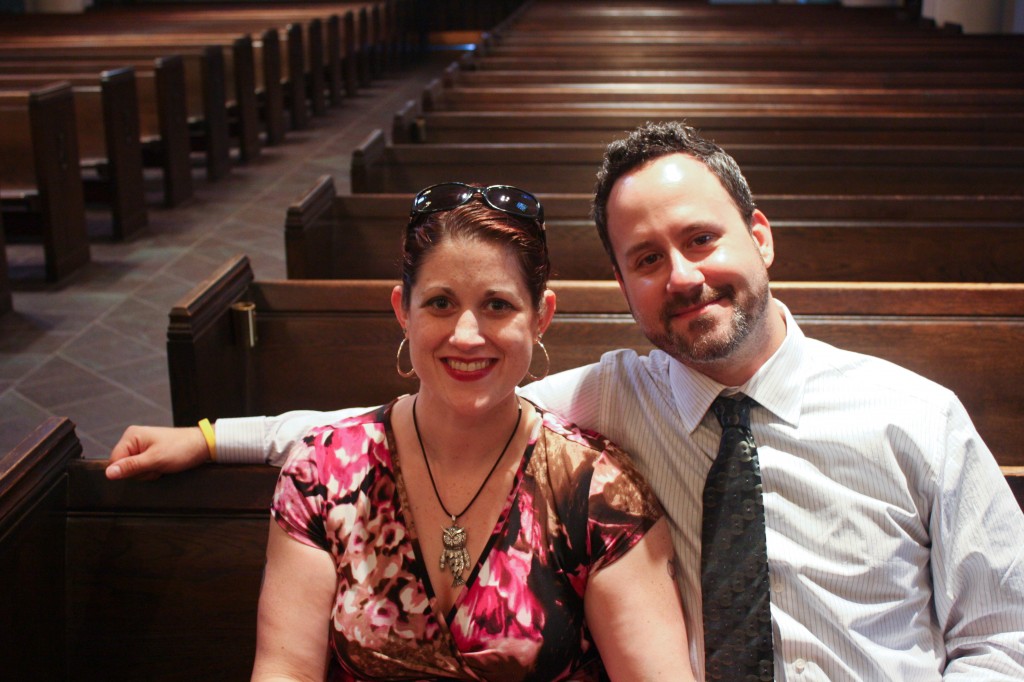 The dinner was at a downtown Dallas restaurant called St. Martin’s Bistro. It was a  beautiful, romantic restaurant. The menu was fixed. They brought out some piping hot bread for us to munch on while everyone arrived. The small ballroom in the back had about 8 round tables set up for the guests. 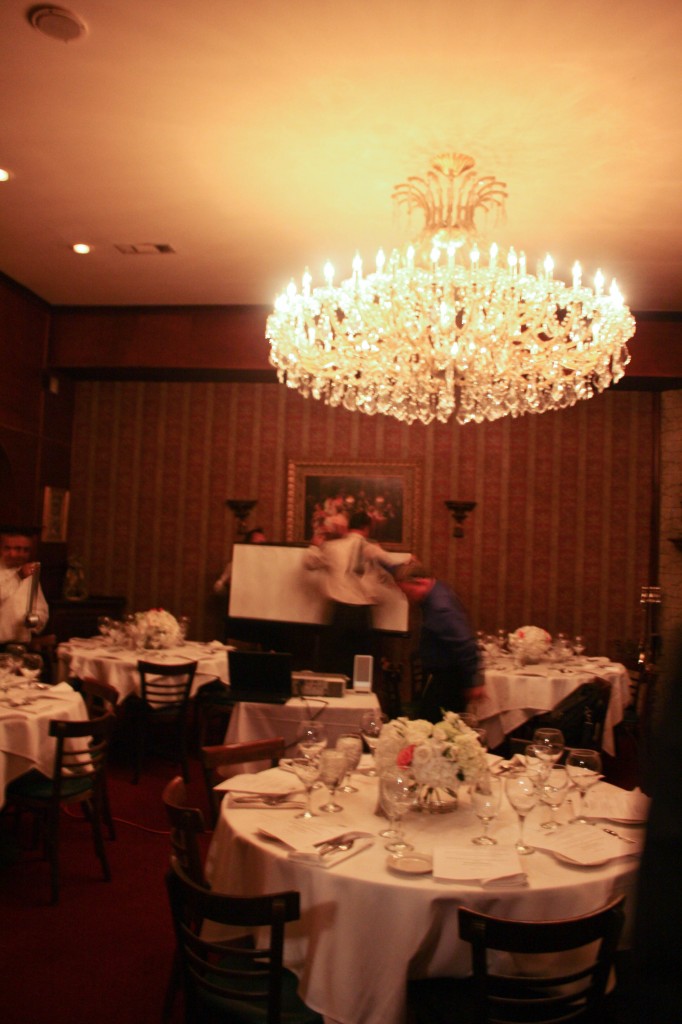 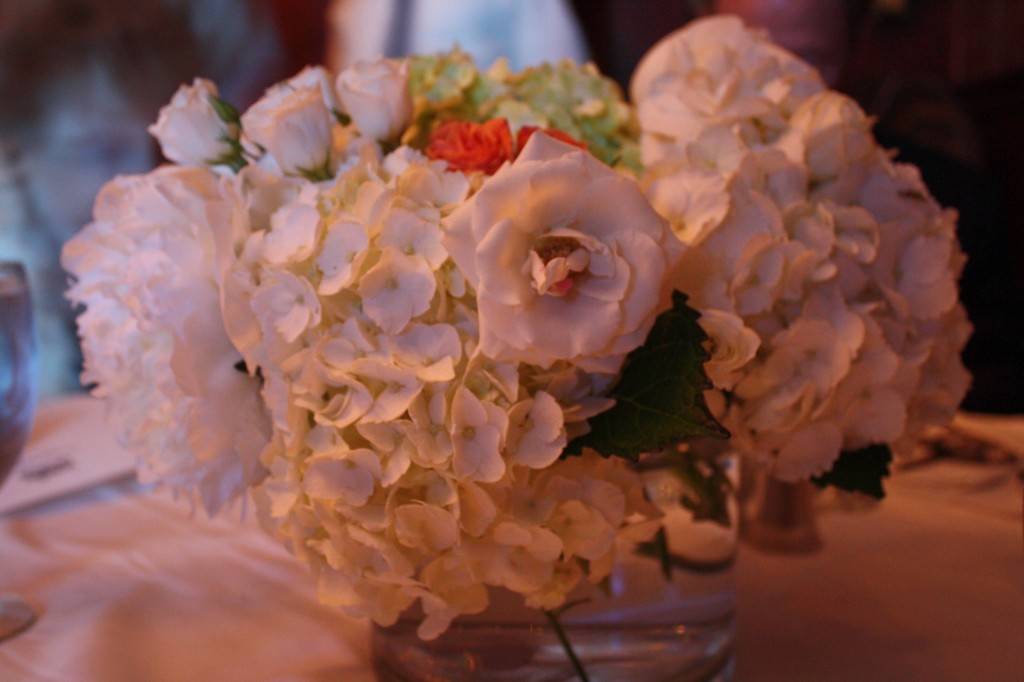 The first course – It was a bowl of champagne brie soup. Sounds odd, right? It wasn’t. It was probably the best soup I’ve ever had in my life. It was creamy and I was sad when it was gone. 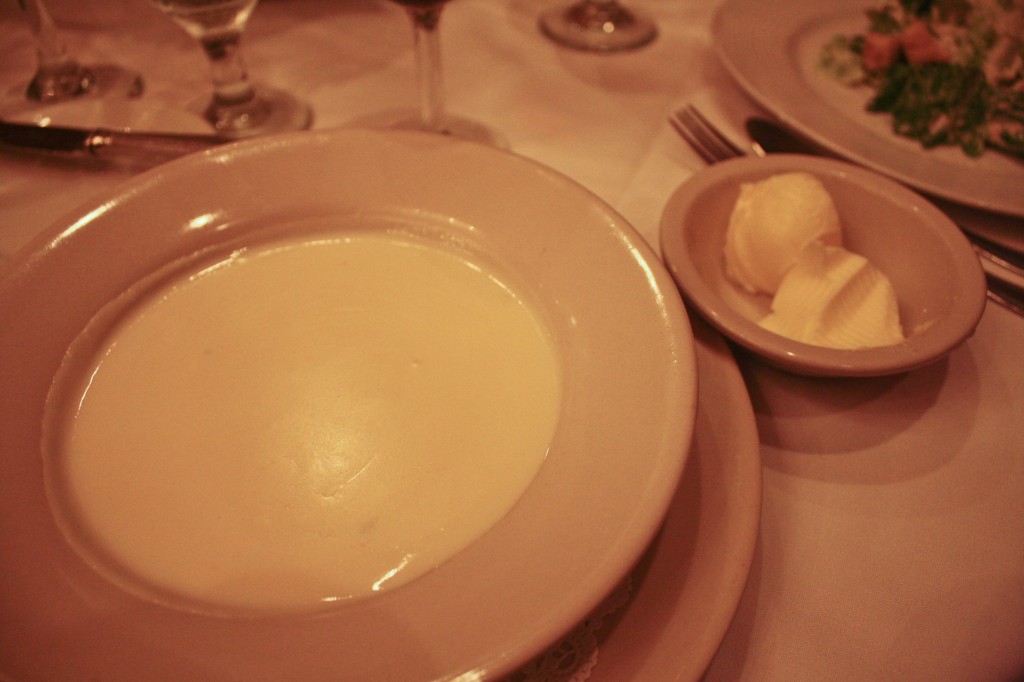 The second course – I chose the Roasted Beef Tenderloin Au Poivre with mashed potatoes and veggies instead of the fish or chicken (why would I go to Texas and eat fish?!). The meat was tender and soft, the mashed potatoes were creamy. 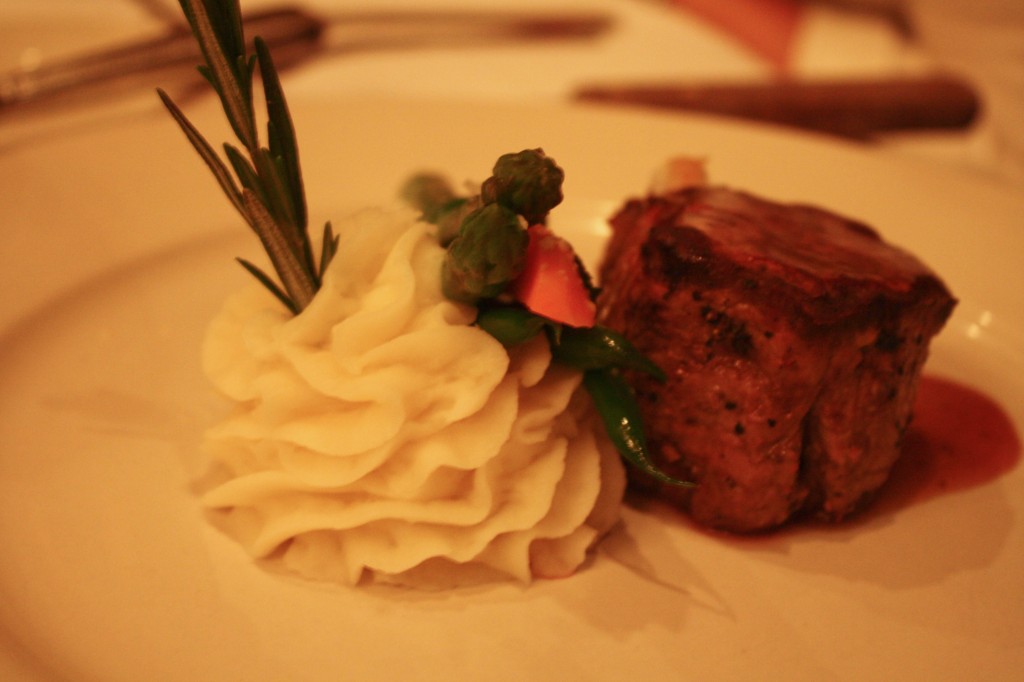 Dessert – We could choose either the Godiva white chocolate cheesecake or the Chocolate Terrine (flourless chocolate cake). I ordered the cheesecake and Michael got the chocolate and we shared. Smart move! 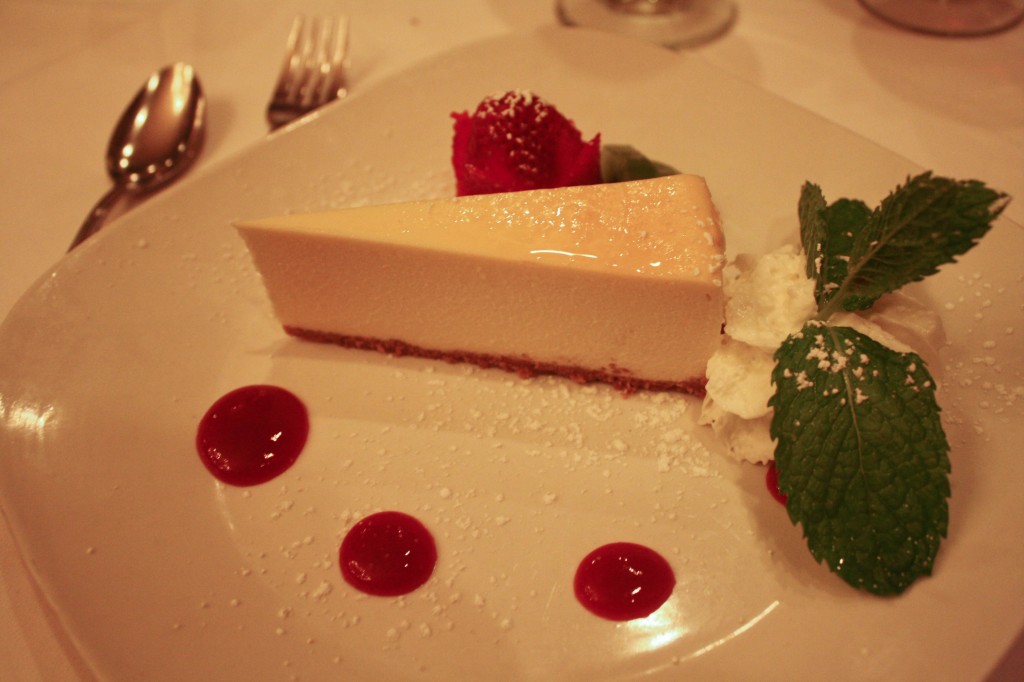 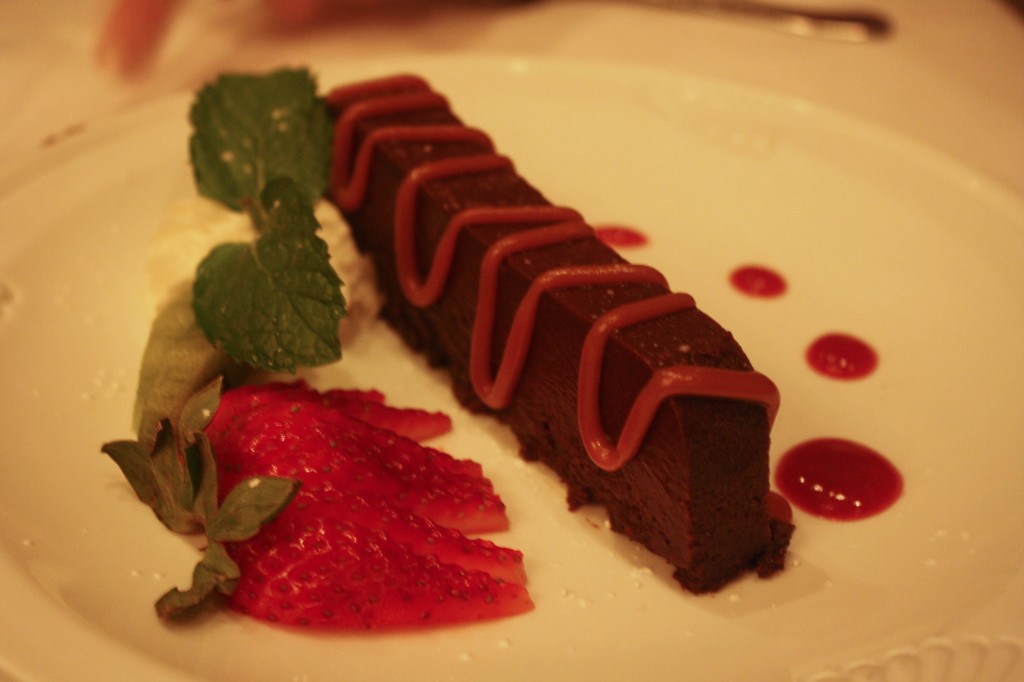 The rehearsal dinner was by far the best meal we had in Dallas. The favorite of the meal was the soup that I got. Michael got the Caesar salad, which was good, but he wished he’d gotten the soup!

For the first two days, I had a splitting headache in Dallas. I think it was the heat. I tried to drink a ton of water, more than usual, but I still ached.

The day of the wedding. Everyone was out getting ready, Michael went golfing with his dad, and I slept in and then went for a run.  I had a pre-workout snack of a whole wheat English muffin and some fruit salad, filled my water bottle up and then headed out. It was 10 a.m. and 85 degrees. It felt hotter, though. 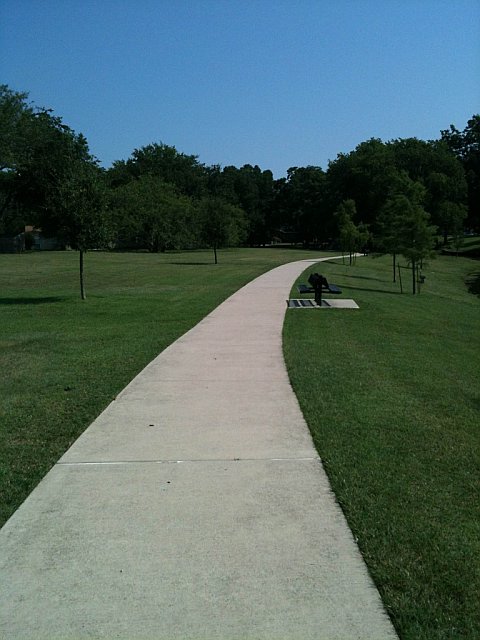 I set out on the neighborhood streets, running fairly slowly because I wasn’t quite used to the heat yet. I also hadn’t run outside since last Fall! Treadmill running is not quite the same. But my legs got their act together and I enjoyed my run. I got a bit faster, felt strong and confident in my body’s abilities. 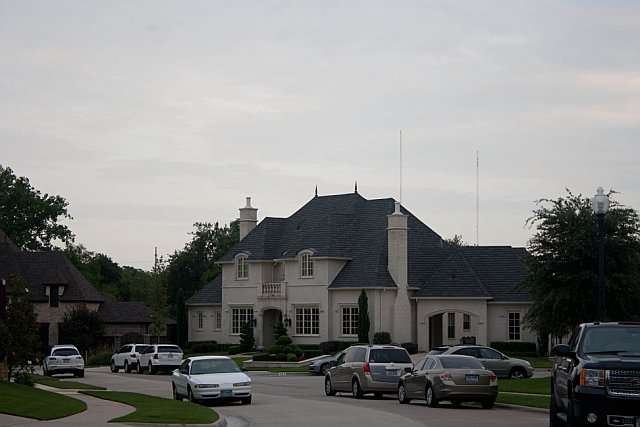 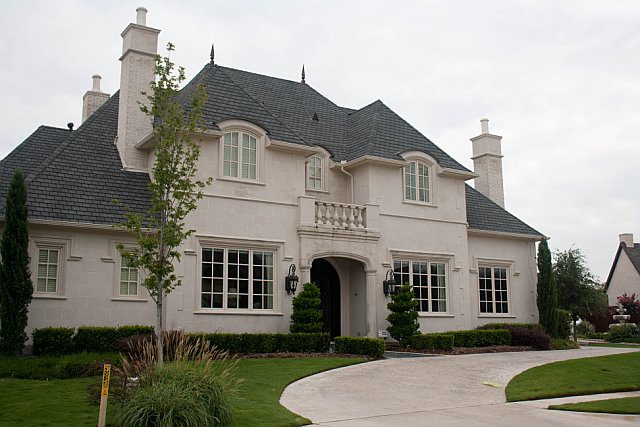 Nice scenery to run by, huh? I tried to stay on the streets that had trees for shade. The heat was tolerable in the shade, but as soon as I was in the full sun, the burning heat beat down on my body and made me feel lethargic. The sound of the June Bugs in the trees were deafening.

I ran 2.75 miles and was out of water, so I headed back to the house for a re-load on water and sunscreen. I went back out and ran another mile or so before calling it quits. 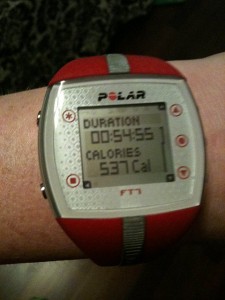 I was so hot! My face was bright red. I just wanted to cool off, so I got in their pool and cooled off. I just swam for about a half hour until I felt cool and comfortable and then cleaned up and got dressed for the wedding. 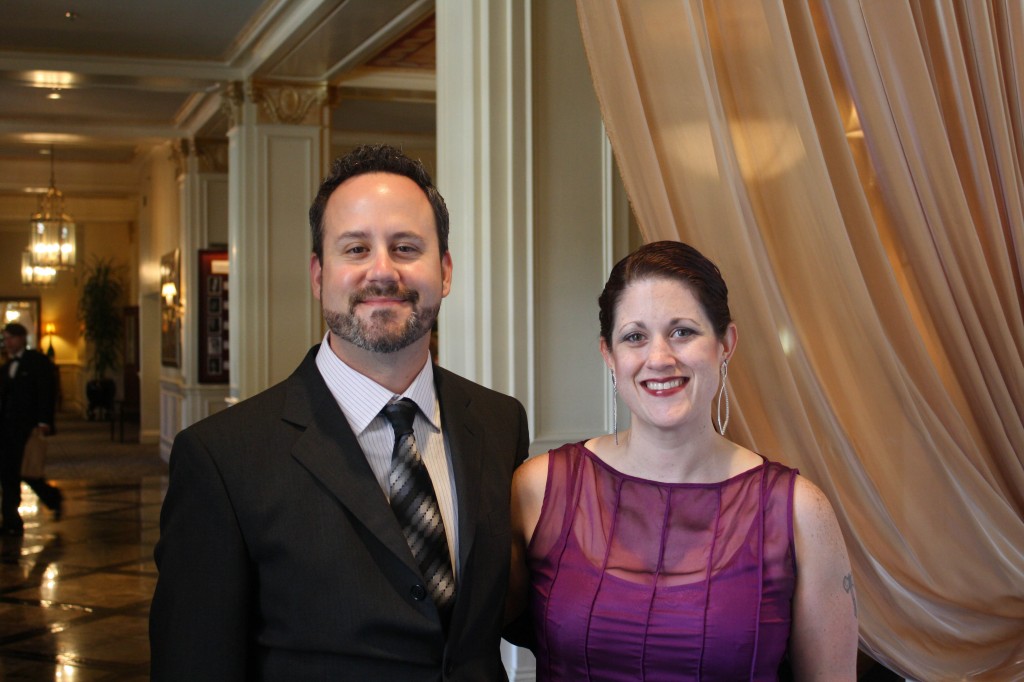 We got to the church early. It was the church that Michael’s grandfather was the priest at and it was a beautiful location. Poor Michael was wearing a wool suit! It was 100 degrees in Dallas that day. 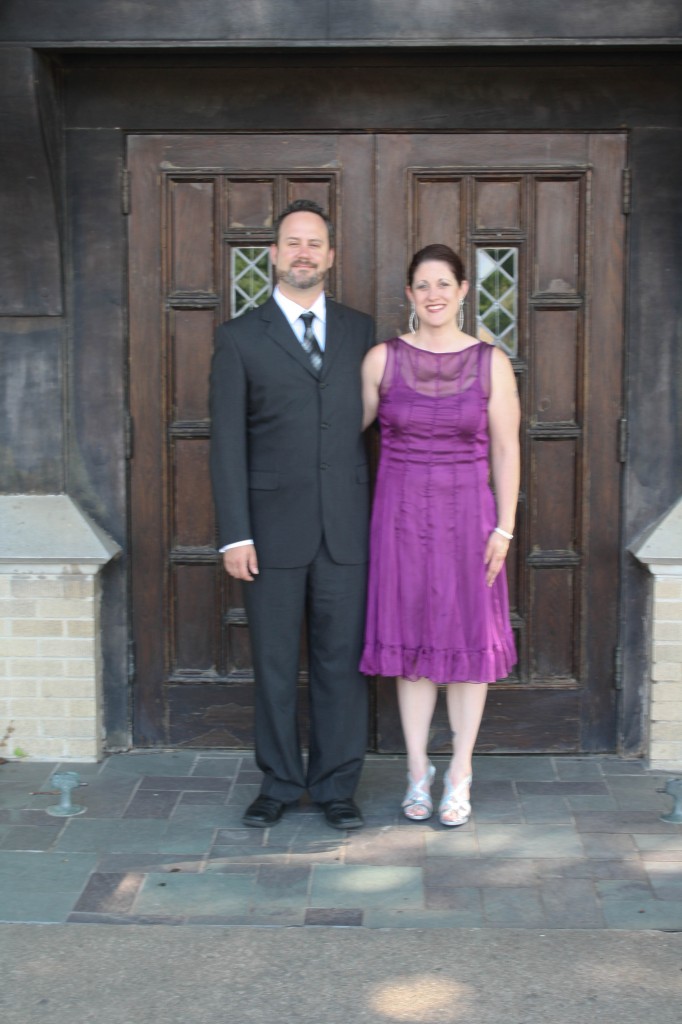 They did a bunch of photos before, and then the wedding began. It was a lovely, and short, service and everything went beautifully. 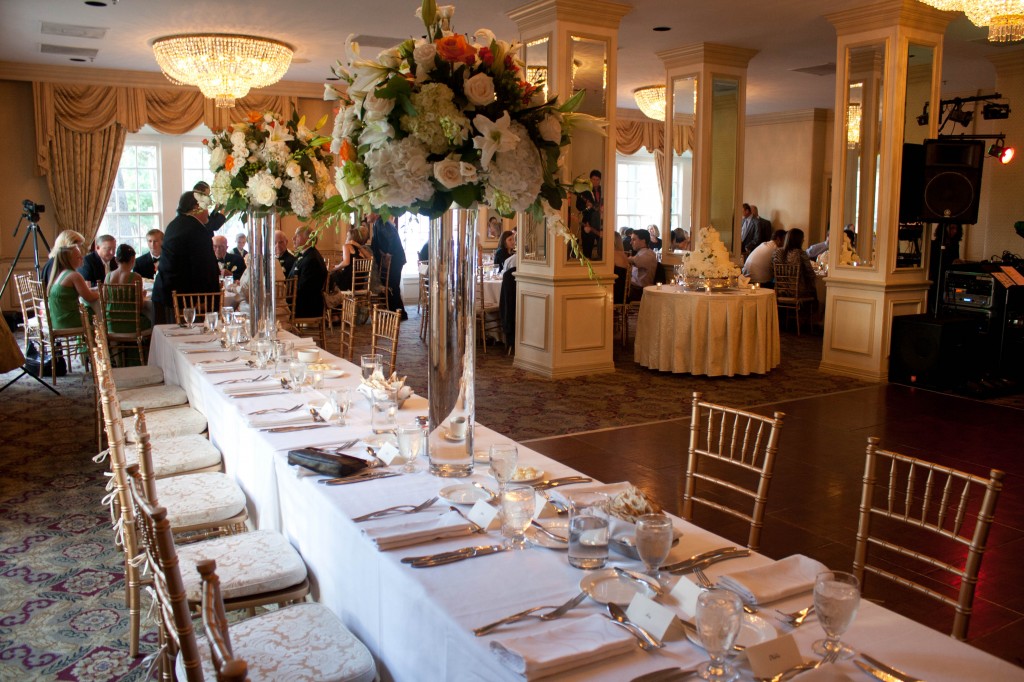 The reception was held at The Warwick Melrose hotel downtown. It was an old-world type of hotel. Our room was beautiful! The bathroom itself was to-die for. 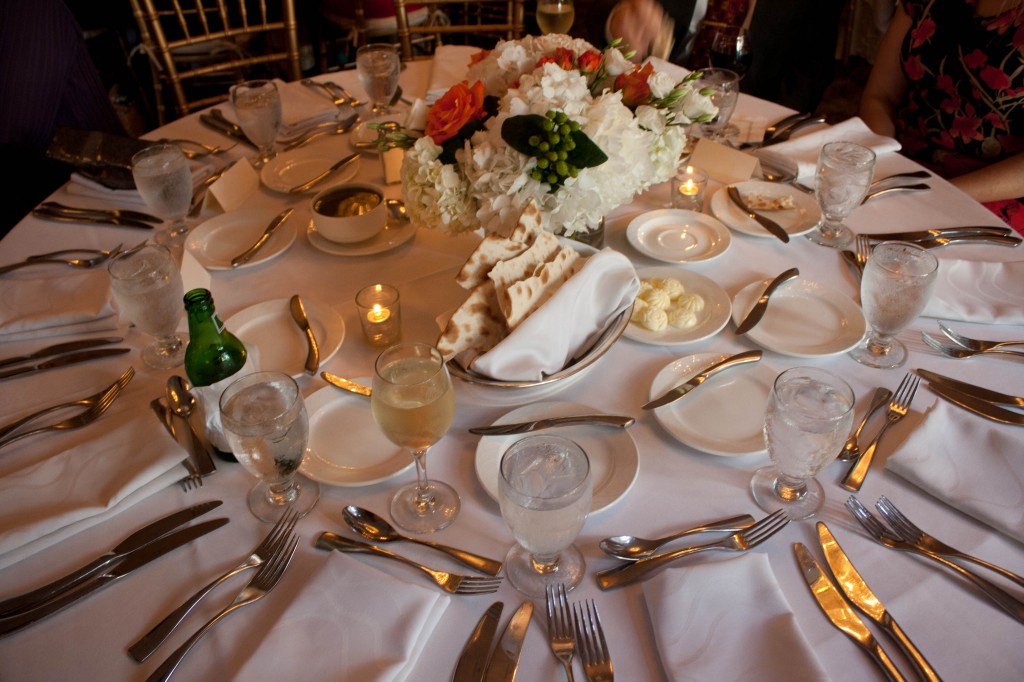 The reception was held in their ballroom. It was a huge room with gorgeous decorations, pillars and breathtaking chandeliers. There was a long table for the wedding party and a stage with a dance floor. 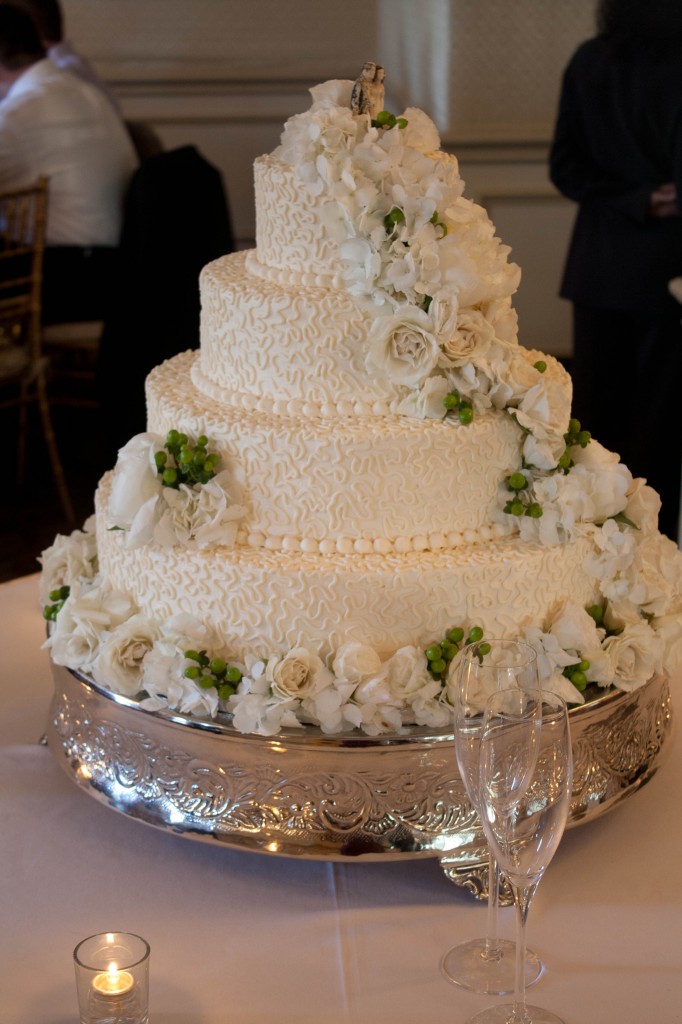 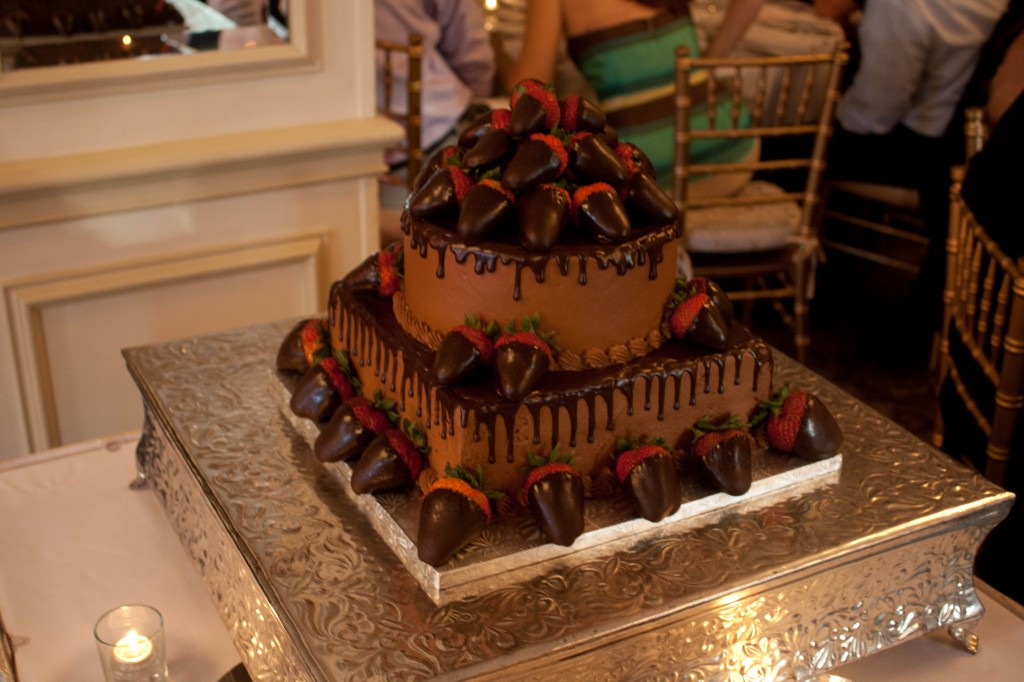 Look at that cake!! It was gorgeous! And the groom’s cake was great, too.  The reception dinner was a smooth-oiled machine. The first course came out nearly immediately. It was a spinach salad with blue cheese, strawberries and candied walnuts. The waiters spooned the salad dressing for all of the guests (fancy!). 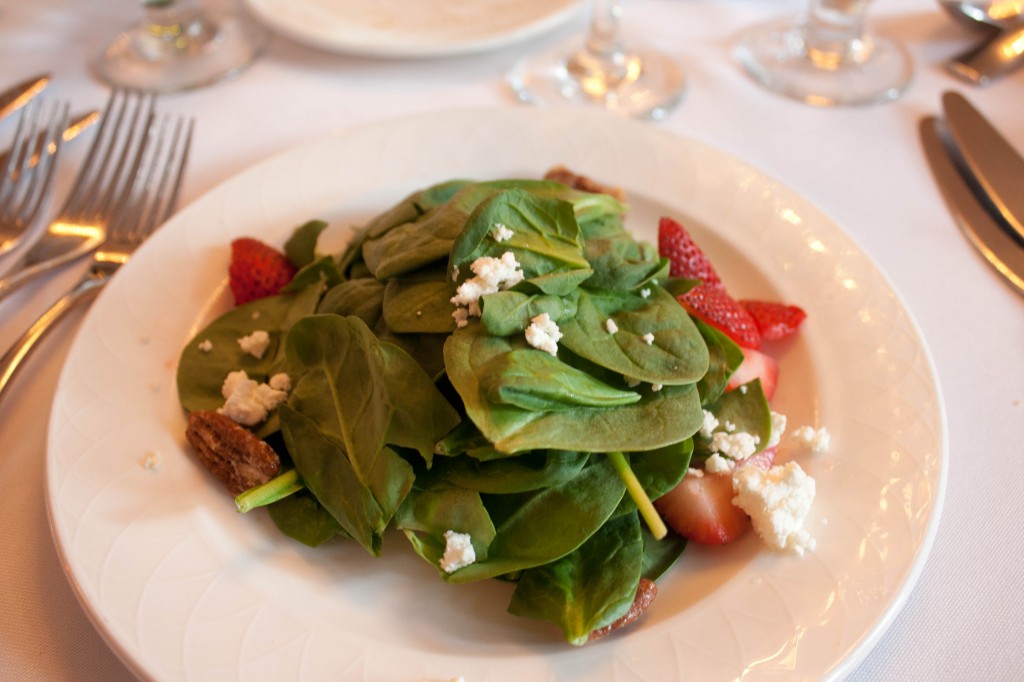 The salad was fantastic (and probably the last salad I ate in Texas LOL). The main course came out and it was chicken breast with mashed potatoes and asparagus. The entrée was really good too. The mashed potatoes were creamy and flavorful, the asparagus crisp. 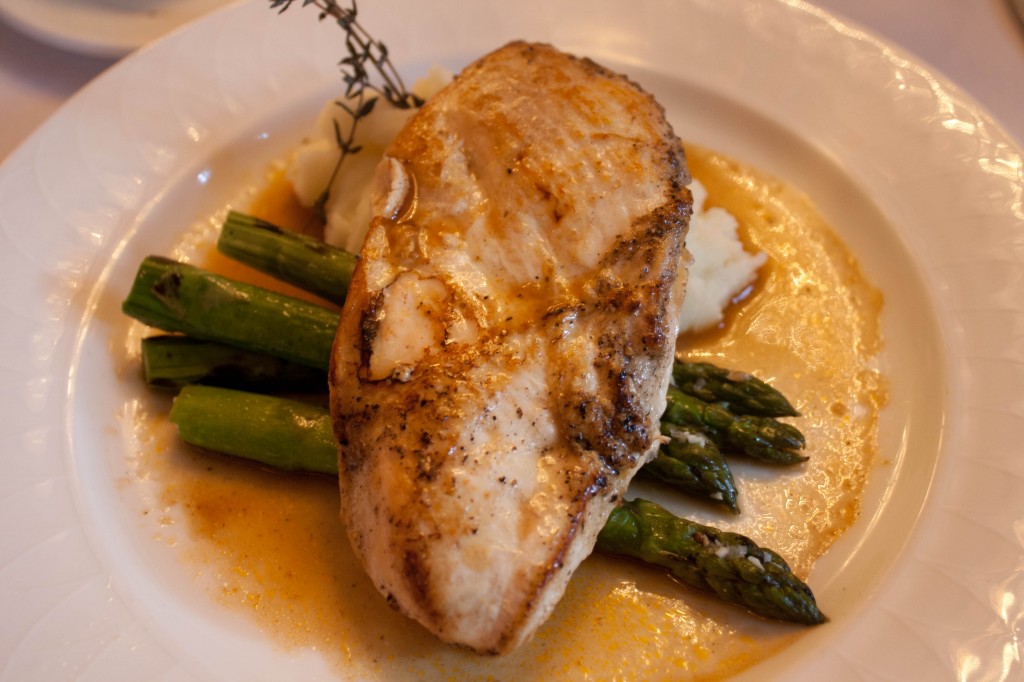 The usual wedding stuff went on – speeches, dancing, cake cutting, etc. The cake was a white cake with coconut (a tad dry but tasty) and the groom’s cake was AMAZING chocolate—moist and fantastic. Luckily, all of the serving sizes for both fancy meals were fairly small so I never felt like I ate too much. 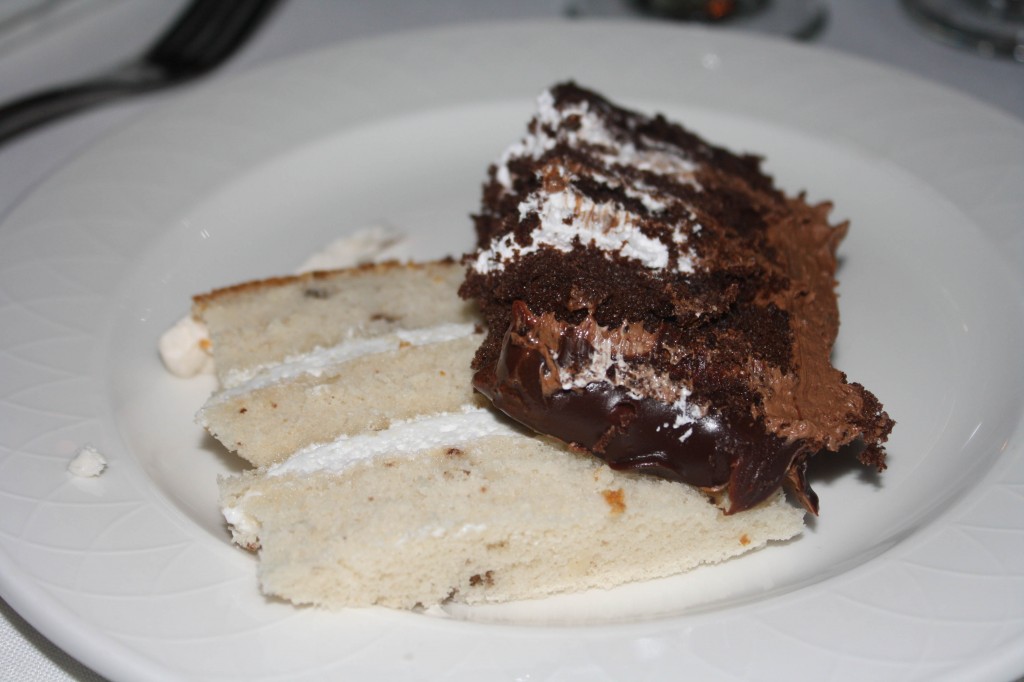 It was a beautiful wedding. The bride was glowing, the groom was happy, everything was beautiful! 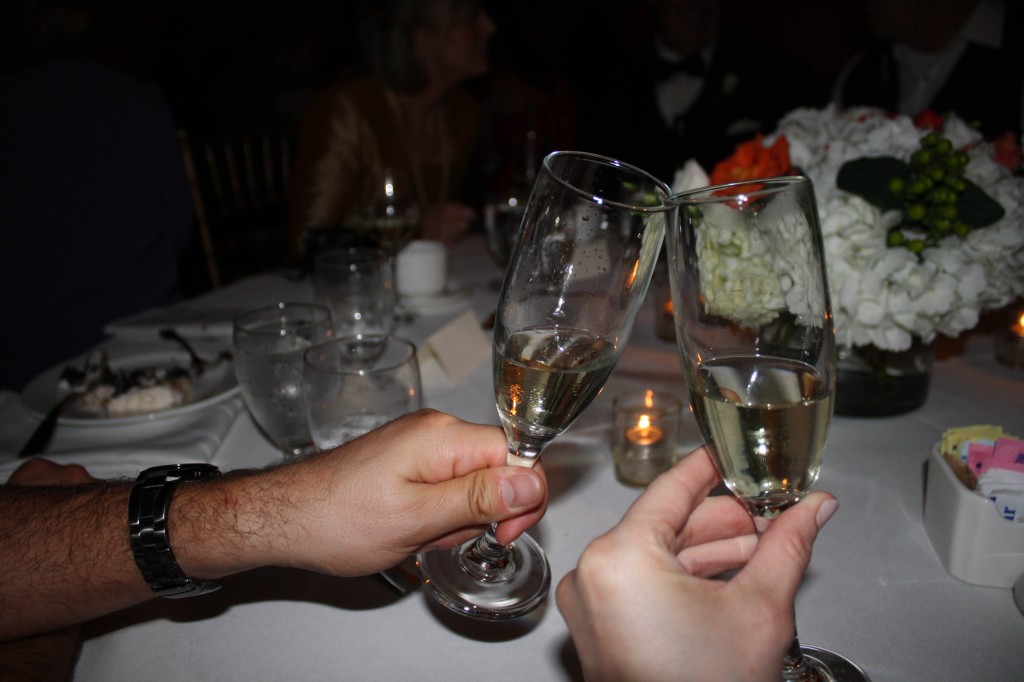 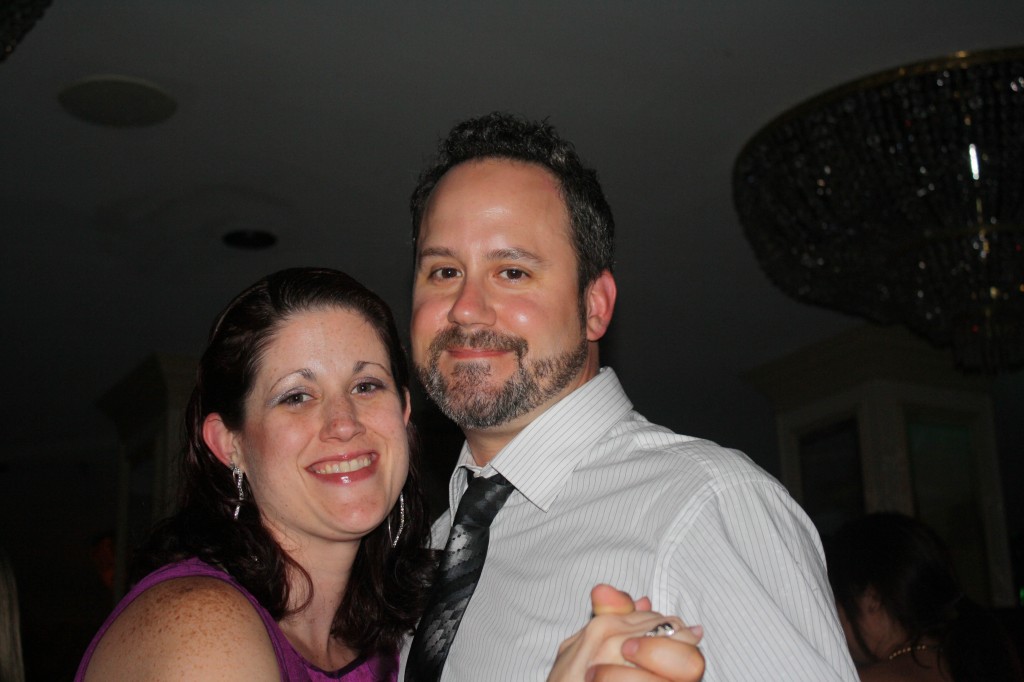 And Michael and I danced many songs, which was fun because he’s not really a dancer. We had a blast!

QUESTION: What is the fanciest wedding you’ve ever been to?

6 thoughts on “Hot as Hades”