It’s impossible not to indulge on vacation. I’m happy that I can usually find the time to get in a workout when I’m out of town, but the food is always what gets me. It’s hard! You get in a new city with new foods and it’s easy to think “who cares! I’m on VACATION!” Before you know it, you’ve packed on a few pounds by the time you’re home in the real world. I myself am avoiding the scale for a few weeks while I right the ship after Texas.

I only half-assed my calorie counting on vacation. I recorded my calories burned, and usually only ate 2 meals a day and counted the best I could but it was a lot of guess work. I know it was not accurate and I definitely went over my allotted calories on several days. When I got home, I immediately got serious about my food. I was spot-on with my calorie counting AND I was eating more sensibly, less indulging, eating my NORMAL foods. (Oh how I’d missed veggies on vacation!) One day for lunch I had a salad from our garden with string cheese and an apple. Another day I had a Lean Cuisine meal (not my favorite–it’s been years since I had one but it’s portion controlled).

My goal with “detoxing” is to eat more vegetables and fruit (basically go back to my normal diet), drink a lot of water, resist sugar as much as I can and avoid alcohol. It just adds calories.

I had a short work week because of my trip, but I still managed to get in two bike commutes to work! It felt awesome to finally be able to do it. My bike mileage for the week was 43.93 miles. 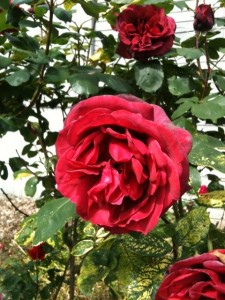 On Saturday I also went for a run. All winter long I’ve been delegated to the gym treadmill. Texas was my first real run outside and it felt GREAT! I tried to recreate that greatness back home. I went for a run around my hilly neighborhood in the sunshine. My body felt okay but my knees gave me some bother a few times during my run. I did some walking on my route to give my knees a break. 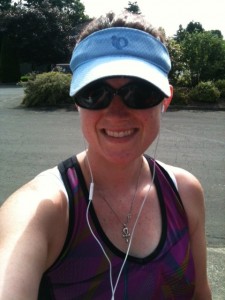 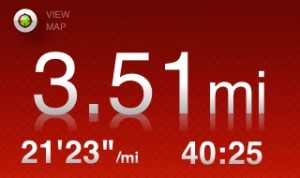 I was so happy to be able to run outside! Running outside is just so much better than at the gym; fresh air, sunshine, things to see, waving at other runners and meeting neighbors. After I got back from my run, I went to the gym for a quick weight lifting session. I spent 20 minutes lifting weights and 15 minutes stretching and foam rolling. It wasn’t ideal in any way but I haven’t figured out yet how to keep my strength training a part of my schedule this summer as I do less gym stuff.

I was faced with several temptations in the week following Texas. The first was an invite out to dinner with Michael’s family. His stepsister had a gift card for Gubancs Pub and Restaurant in Lake Oswego and we met up with everyone there after I got home from biking to work. Restaurant eating is OFTEN where my willpower waivers. It’s so easy to give in to temptation!

I am happy to say that I was strong and made good choices. First, I skipped the alcohol and drank iced tea instead. Next, I ordered a fairly sensible choice for dinner: Caesar salad with glazed salmon on it. I always consider salmon to be the best choice in a restaurant. Even if they cook it in fat, the salmon benefits are still worth it. 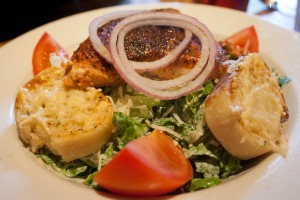 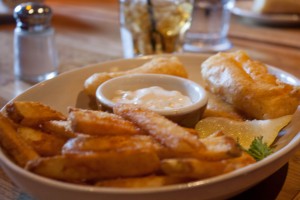 Caesar salad is a little higher in fat than other salads, but I think it’s a fine choice. And it’s better than what I REALLY wanted–the gluttonous fish and chips (Michael got it and said it was excellent). The restaurant was nice and the food great. It was very crowded and noisy, though.

The other temptation was Saturday evening when Michael and I had to use an expiring Groupon for the Grilled Cheese food cart. It was use it or lose it time. 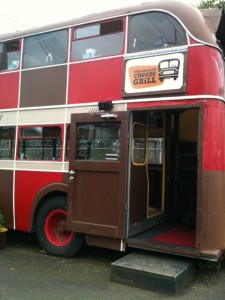 The place was so cool! It’s definitely worth a visit if you’re ever in Portland and want something quirky. The menu was quite extensive and I had a hard time making a choice. Michael settled easily on the “Baby Cheesu”.”It was two slices of French bread grilled with American cheese, lettuce, tomato and a burger! Totally ridiculous! He enjoyed it, though. 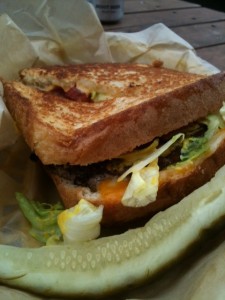 I finally decided on the Jalapeno Popper. It was your normal grilled cheese sandwich on sourdough bread with roasted jalapenos, colby jack cheese, cream cheese and corn tortilla chips. Sounds weird, right? It was heavenly! I was so glad I ordered it. It didn’t feel like a gut-bomb or a gluttonous mistake. The cheese was scarce–which disappointed my gluttonous side but satisfied my detoxing side. 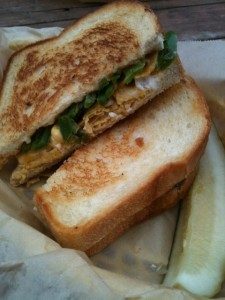 There was just enough cheese to be good, the tortilla chips were crunchy and the jalapenos weren’t too spicy. The cream cheese was a nice touch. I will definitely be recreating this sandwich at home someday soon. It was also nice to be able to hang out with friends–Carbzilla and her hubby joined us for dinner at the food cart.

Michael and I also went to the movies (we saw Prometheus–it wasn’t great) and skipped the popcorn!

QUESTION: Do you detox after vacation indulging?