I don’t know what’s going on but I am having a hard time fueling properly for stuff lately. I’ve been hungryyyyy. Not sure what’s happening. I’m eating a few more calories than I was when trying to lose some weight. Instead of 1300 as a base I increased it back to 1600 as a base. We’ll see how that goes. Shaking things up.

For breakfast I had two fried eggs and a toasted English muffin with cinnamon and splenda blend. Calories: 338. Then I hit the road to bike to work. 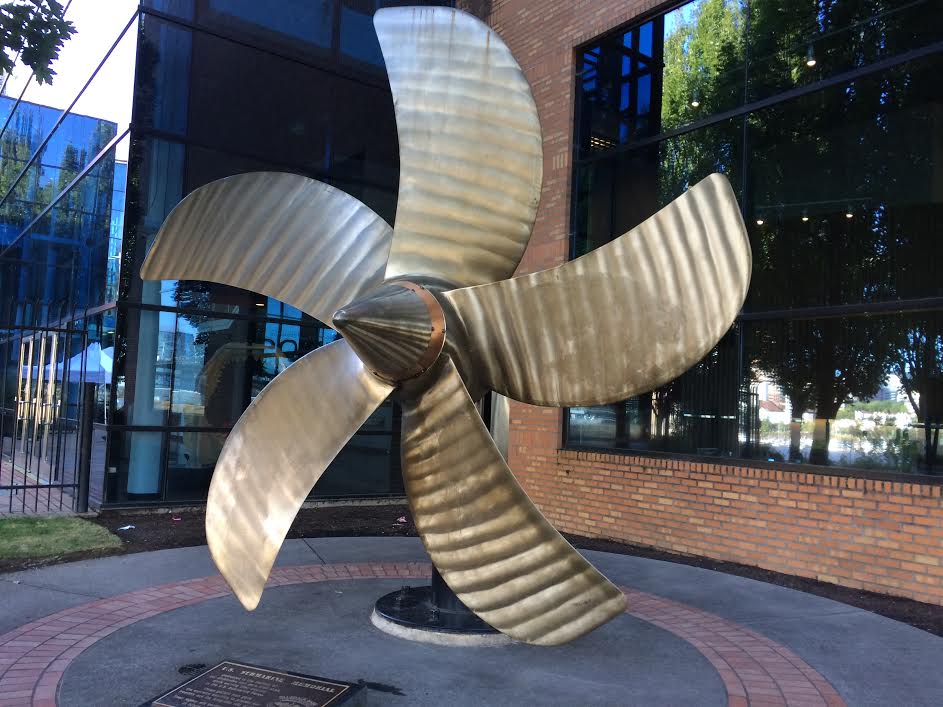 It was a little on the chilly side first thing but it warmed up as I went. I was running a bit late for some reason and I thought “I’ll just make up time on the trail”…yeah right…My legs felt like giant tree trunks, I was huffing and puffing on all the hills and then when I got to the Springwater Trail I was in a headwind the ENTIRE TIME.

I was so slow. So slow. My time doesn’t necessarily reflect my slowness, but trust me, I was slow on the morning ride in. 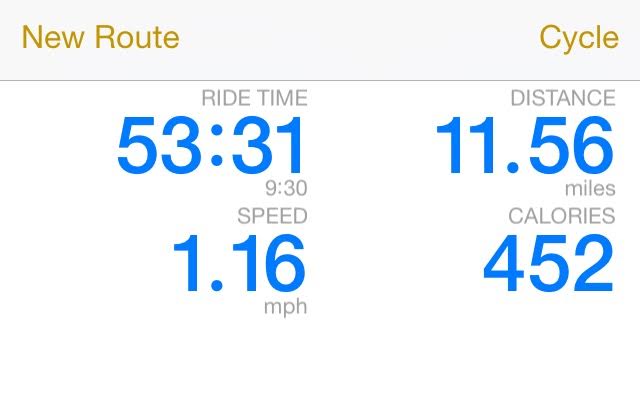 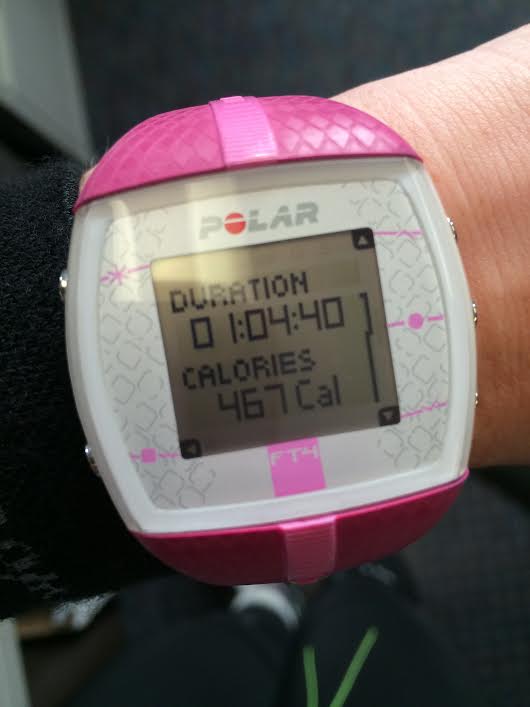 I got to work and had a cup of coffee. Trying to stave off the coming hunger. It’s been a hollow feeling lately. Stomach grumbling, hollow, almost nauseated hunger pains. Yuck.

Plain Greek Yogurt with sliced strawberries and about an hour later I had some cherries. Calories: 193

I prefer the Costco brand of the plain Greek Yogurt. I’ve tried a few brands lately. Chobani was ok but not my favorite, Trader Joe’s version wasn’t good at all in my opinion. It was super “milky” tasting to me. I’m not sure how to describe it–it just tasted a little off and it was REALLY high in calories. Back to my favorite–Costco.

I didn’t have many options and the frozen meal didn’t sound too appealing. I ended up meeting Michael and a friend at Korean Twist food cart for lunch. I got two bulgogi beef tacos and one spicy pork taco. $6.50 for the three taco special! They aren’t huge and just come with meat and lettuce and the sauces. 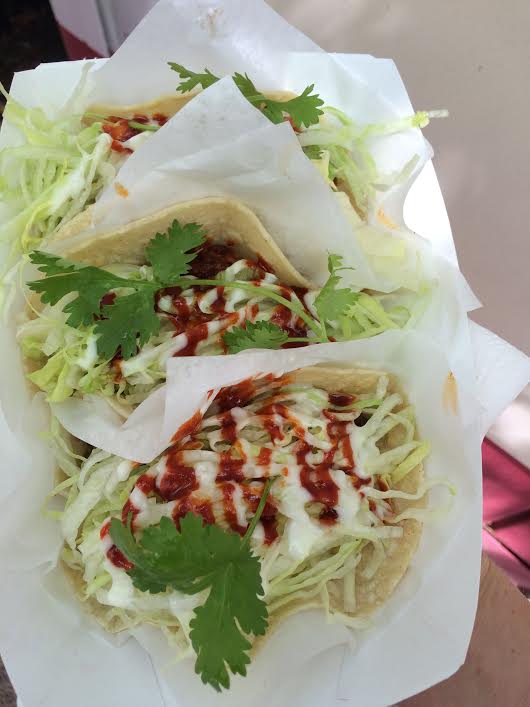 So tasty! Messy, but tasty. They are small tacos but filling. I had to estimate the calories and I think it was around 440 calories. The three of us sat in a nearby park to eat our lunches in the sun. It was a nice break from the day and it felt good to get some real food in me, not just snacks.

Applesauce. I was busy in the afternoon, lost track of time and was still a bit full from lunch. Calories: 50.

It was a hot one. Hot hot. Thankfully it was comfortable on the bike (for the most part). I took a lot of rest breaks in the shade to cool off, let my heart rate go down a bit and drink some water. I was doing really well until I got to the BIG HILL near the house. 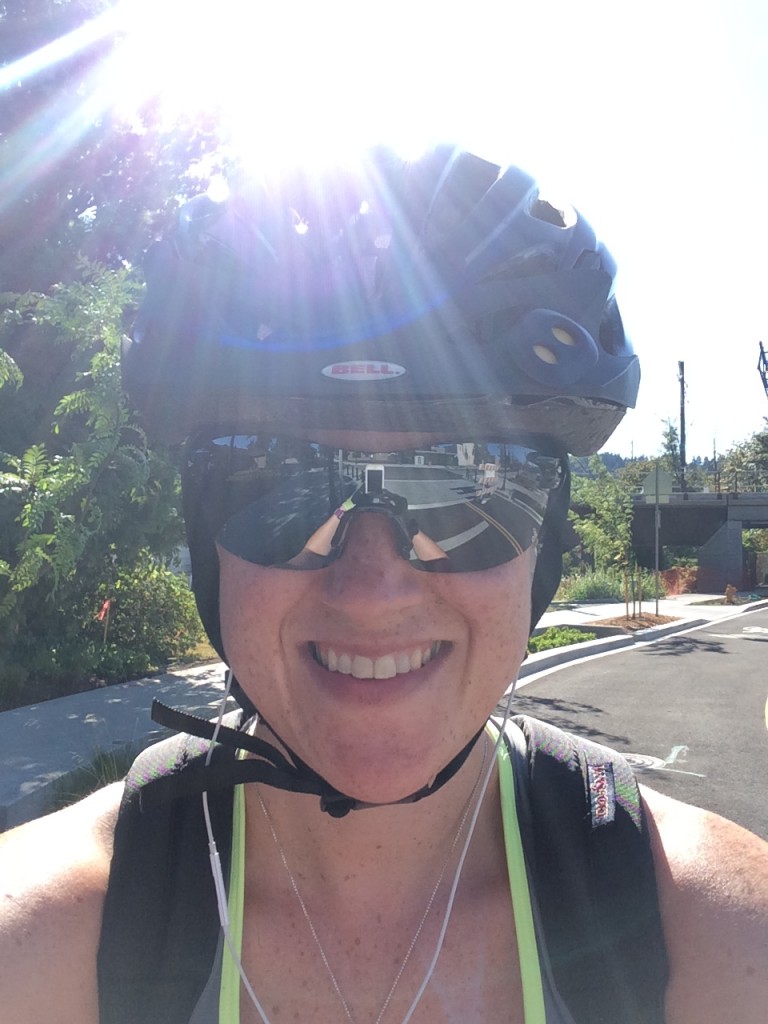 It’s not exactly steep but it’s a slow, steady grind that never lets up and doesn’t level off until you get to the very top. I’d estimate the hill to be about 1 mile long from start to finish. Lately I’ve had to stop mid-hill to catch my breathe and give my thighs a chance to rest. Ooof this hill! 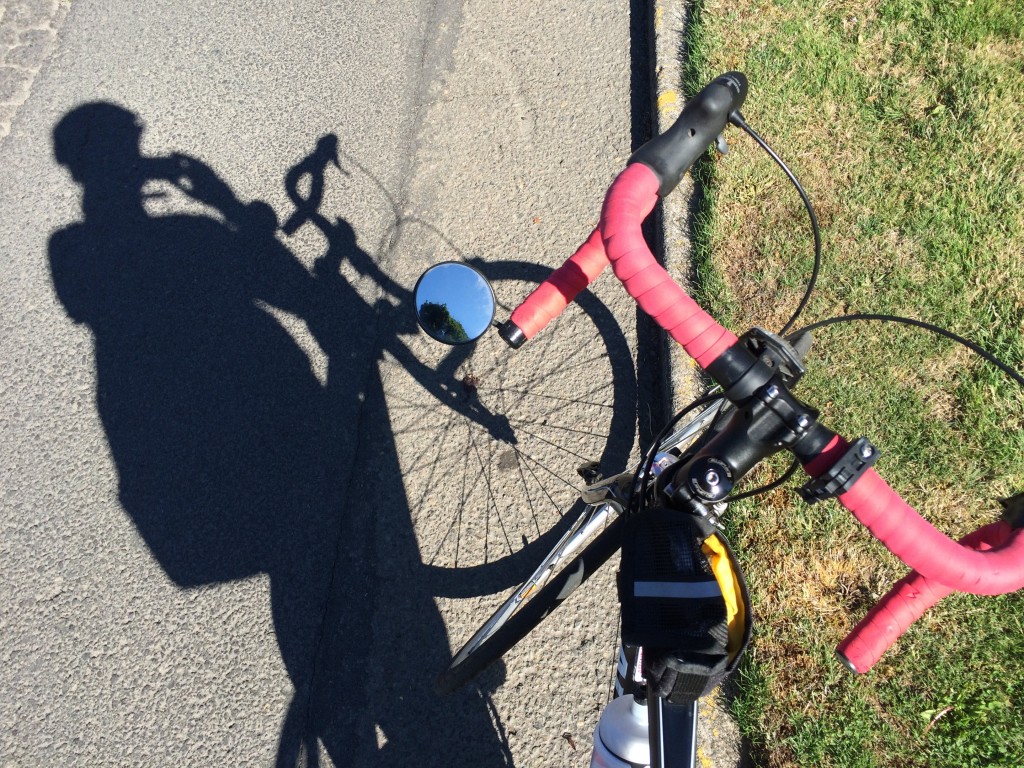 Despite the hill that’s been giving me so much grief this summer, it was a pretty good ride. I felt good and strong and made it home in decent time (especially with so many breaks). 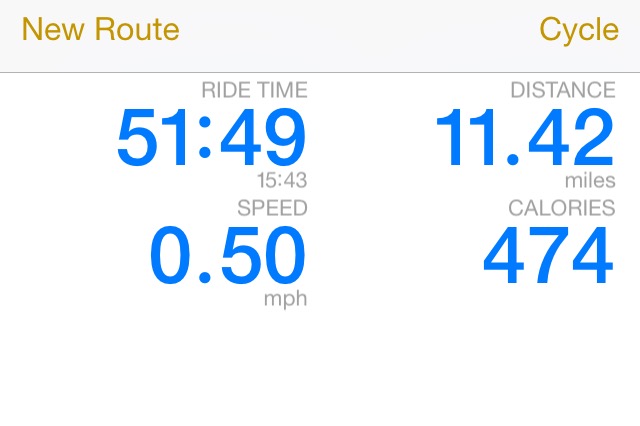 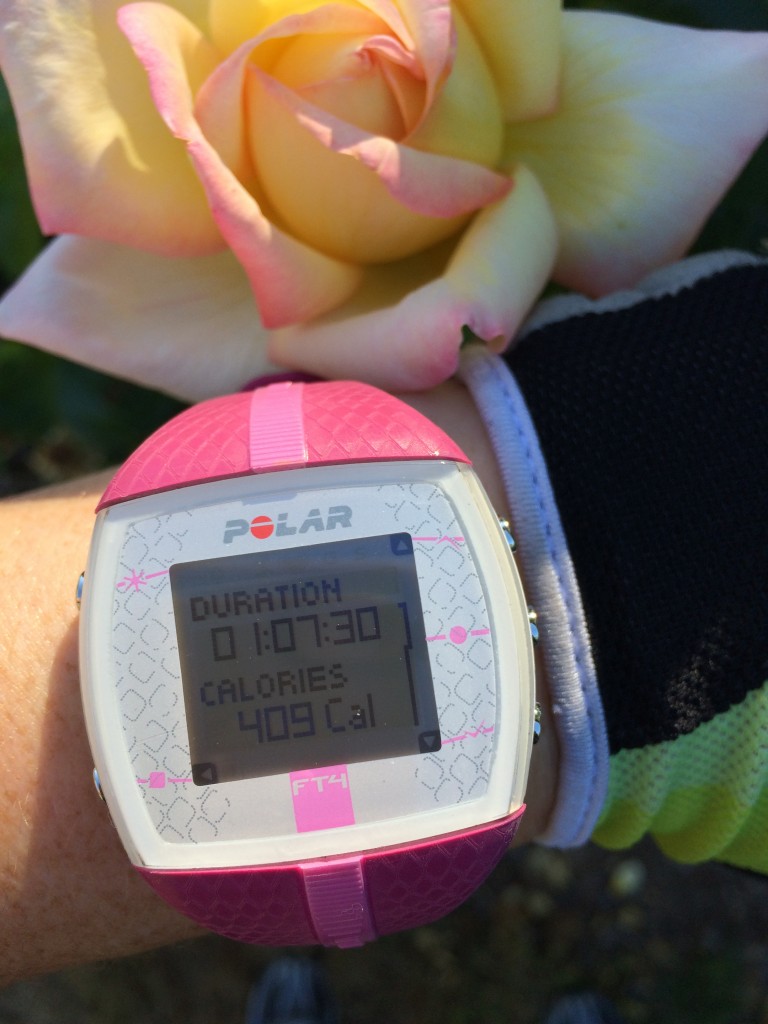 For dinner I made Trader Joe’s gnocchi topped with vodka cream sauce (also sauteed some spinach in the sauce). I made caprese salad the easy way. Fresh roma tomatoes and basil from my garden and a string cheese. 🙂 Calories: 531 delicious calories! 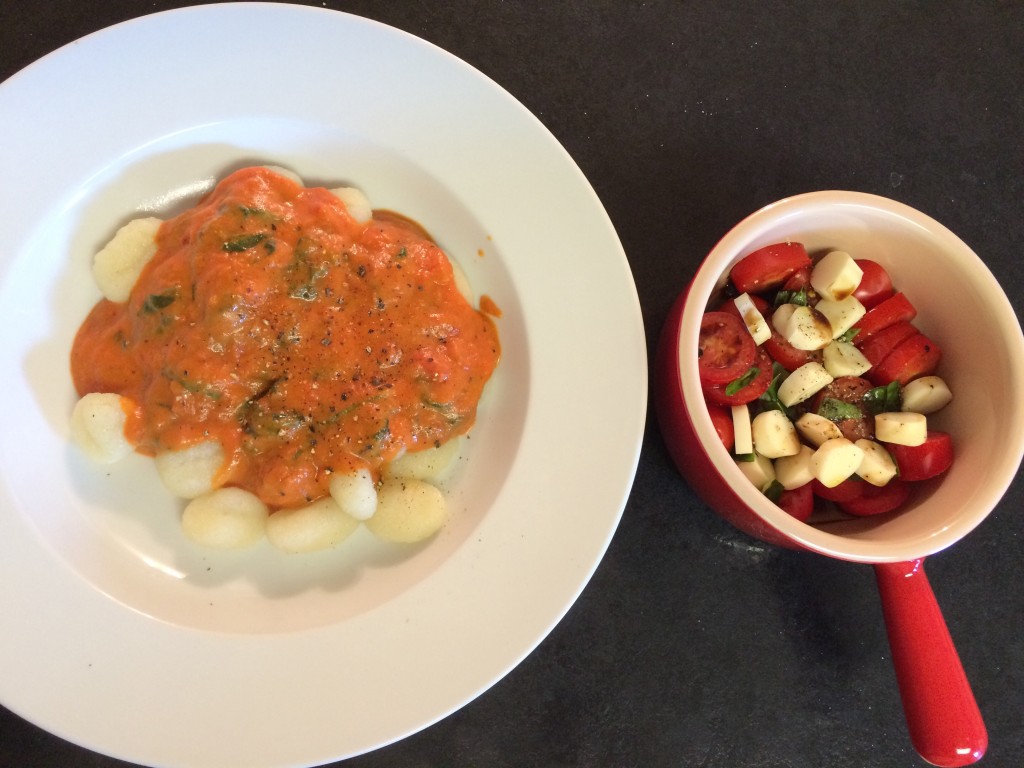 I feel like lunch and dinner were good. I felt satisfied and never had that hunger crash. I’m not sure how to fix the rest of the day. I think my snacks are generally healthy but they aren’t quite filling me up. On days I ride in I can’t have a big breakfast because I think I’d just puke on my bike. So I don’t know that I can change breakfast much. Any ideas?