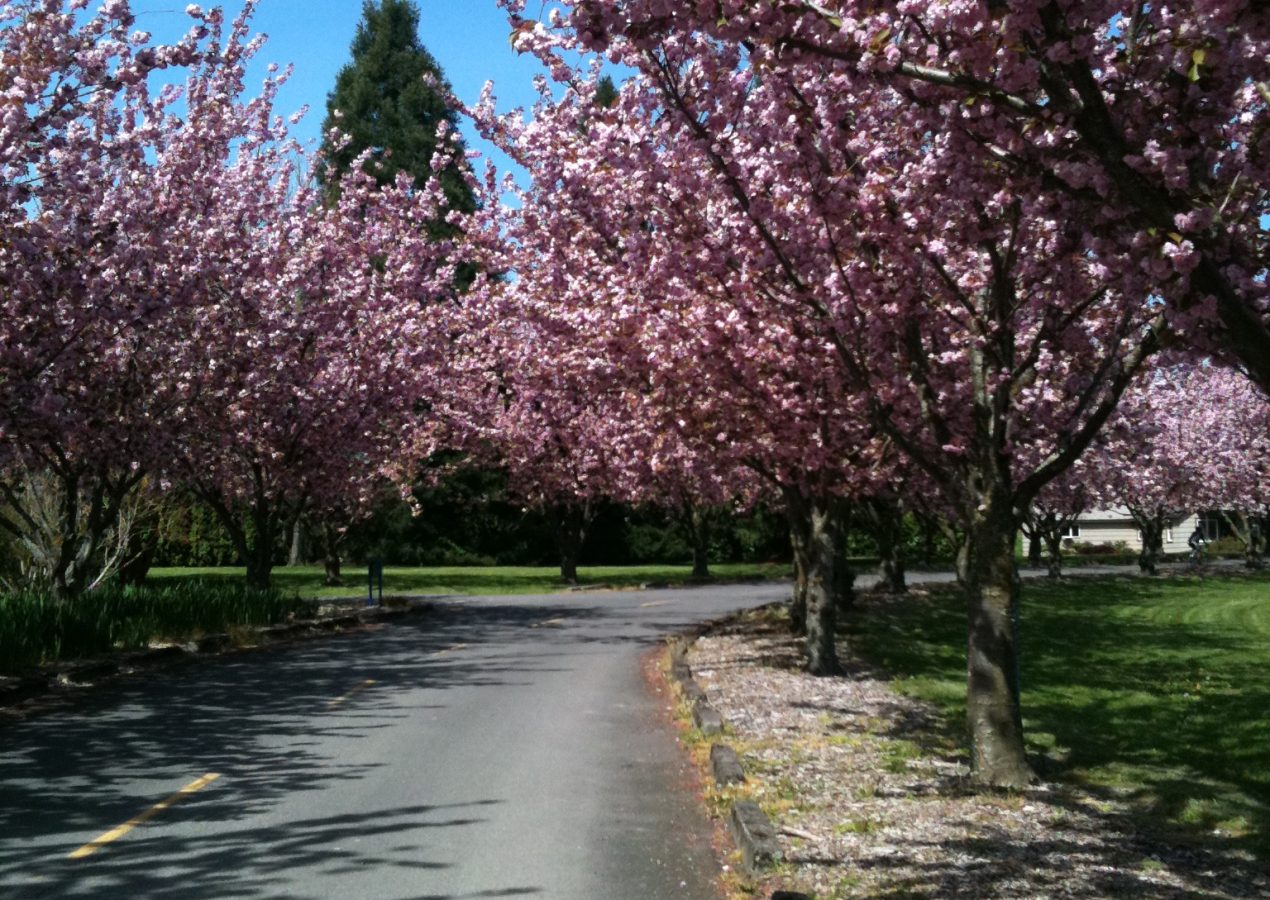 Sunday was kind of a weird day…It was sunny out, supposed to be in the 70’s, and I wanted to go for a bike ride and enjoy it! Unfortunately it was also the start of our new “diet” and Michael wasn’t sure he wanted to eat a gallon of eggs and turkey sausage and then get on a bike. Totally understandable. Starting any new diet can do wonky things to stomach/intestines etc etc and it’s best not to be out in the middle of nowhere without a bathroom. I decided to go swimming after breakfast just in case the bike ride didn’t happen. I did 1.25 miles in the pool and then when I got home Michael and I made lunch.

Lunch was salad (baby spinach, spring lettuce mix, cauliflower, broccoli). Michael also baked a chicken breast that we split. He used one of the spice rubs that my mom gave him for his birthday last month and baked the chicken. It was a good, filling lunch.

Since he was feeling pretty good so far we agreed we were probably safe to try for a bike ride.

At first we were going to drive to Hagg Lake to bike there. My thinking was that they had paved bike trails AND it’s the location of a triathlon I was considering doing this summer. Unfortunately Google Maps said it was over an hour from our house.

Instead, we decided to drive to Blue Lake (Another triathlon location) since it was closer.

We arrived at the Blue Lake Park and while it was a gorgeous park for picnics and summer fun, it wasn’t really what we were looking for in a bike ride. We decided to bag that idea and just ride on Marine Drive–which was really close to Blue Lake.

We hadn’t discussed how far or how long we’d ride. It was a gorgeous day, a tad windy but nice in the sunshine. I lead the way up Marine Drive and was feeling really good until I decided it was time to turn around.

We’d ridden about 50 minutes or so and I was starting to feel it in my wrists, neck and shoulders. Plus my butt was starting to hurt a bit. I might need to buy new padded bike shorts. They are pretty old (at least 3 years?) and I don’t know that they offer much padding anymore. 🙁

For snacks on our ride we took baggies of raw almonds. I added some seeds and peanuts to my bag for variety. I munched on those since we couldn’t do the norm: GUs, protein bars, or Chomps because of the carbohydrates in them. I was starting to feel a bit hungry and tired and I could tell I was dangerously close to crashing into “The Dark Zone” of improper fueling. I am worried about this Diet and how I will handle it in combination with working out. Not being able to eat carbs means I have to figure out how NOT to crash…Any tips?

We turned around and rode back to where we parked the car. I was relieved to be off the bike and stretched a bit, ate some more almonds and we drove home.

It was a big jump from the 12 mile ride we did a week or so ago. If you think about it, 19 miles really isn’t all that much BUT I’ve been only doing about 8 or 10 miles once a week! That’s basically doubling my mileage. I don’t know that I was necessarily ready for 20 miles on the bike, but now I know how much work I have to do.

When we got home we started making dinner and I packed us lunches. For dinner I made salads, same as our lunch time salads but this time adding chickpeas, black olives and tomatoes to it.

Michael grilled the zucchini I sliced and I realized that the Goat Cheese I have only has 1 gram of Carbs in it! YAY! That’s not going to break the bank on the diet, so I topped the zucchini with a teeny bit of Goat Cheese.

Michael blackened ahi tuna steaks for us.  It doesn’t look like a lot of food: ahi tuna, salad and one zucchini. But it was very, very filling.

I’m happy we did almost 20 miles on the bike. It gave me a good idea of how much work I need to do to get ready for the Gorge Ride next month!

QUESTION: What is your favorite low-carb snack? If you’re on a low-carb diet, how do you fuel your workouts?

Last 5k of the Season