That’s right. I’m that girl. I went all the way baby!

All the way from my house, that is!

I was going to wait until after the Portland Century to attempt biking to work from the house. But I realized that this was the last week I had to get in some BIG miles so I decided to give it a try. Last weekend when Michael and I biked almost 40 miles I was watching the clock to see how long it took to ride from the house to the waterfront downtown. It took us about an hour and ten minutes with two stops.

I’m registered. It’s real. After months of waffling back and forth on whether or not to do The Portland Century or try a different ride, I bit the bullet and registered. But back to my ride.

I got up extra early in order to get everything ready to leave from the house. In a way leaving from the house saved me some time–time it takes to load my bike on Michael’s car, drive to the Park n’ Ride, unload and head out. That takes a good 15 minutes at least.

I got up at 6am, showered, dressed and ate breakfast. Michael kindly pumped my tires and I was out the door at 6:45. It was a cold morning on Wednesday.  I wished I had my long gloves, but I warmed up after about 10 minutes. I rode on back roads that had less traffic, trying to stick to streets that had wide bike lanes. 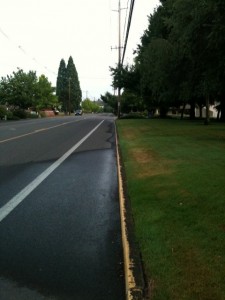 The ride was going well.  I was alert enough, I was warming up. The route I took was a good one, with very little traffic. I knew it was time to try biking from home because every ride lately I felt like it was too short–like I was just getting started when the ride was over. 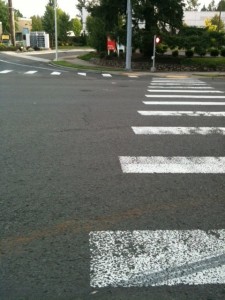 I didn’t make many stops because I was a bit worried about my time. I gave myself an hour and fifteen minutes to ride into work and that included changing time.  I didn’t stress about being late, though, I just rode. I crossed the highway at a light and biked through downtown Milwaukie. I crossed a lot of train tracks as I looped around the city (about four different times). 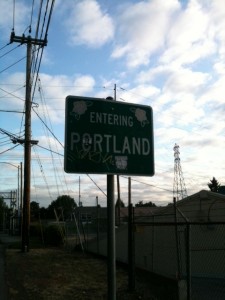 I didn’t bike on the Springwater, going side streets instead to get to Sellwood, where I biked down to the Springwater trail on the waterfront (the usual part of my commute). 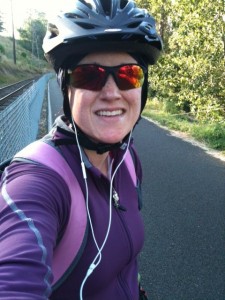 By the time I got to the Springwater Trail along the river I was warm and uncomfortable in my cycling jacket. I made up some time on the trail because it’s straight and it was pretty empty. 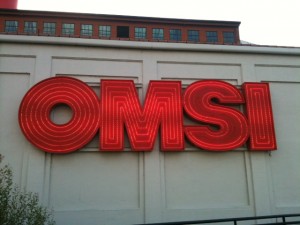 I stopped briefly at OMSI to drink some water and check my time. I’d biked 45 minutes so far. I was making great time! 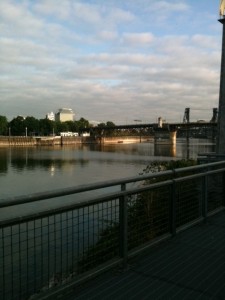 I bypassed the Hawthorne Bridge, rode North on the east esplanade, crossed the Steel Bridge and was on my way to the office. 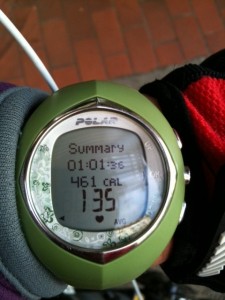 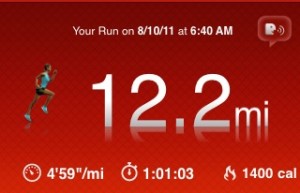 Awesome! It felt so good to accomplish it!

I was excited about biking home after work. It was much much warmer–75 degrees! I headed down to the waterfront, rode across the Steel Bridge to the east side where I left downtown. The first mile of my commute home is the longest and slowest. It takes forever to bike four blocks to the waterfront and maneuver all the people not following etiquette on the trail. 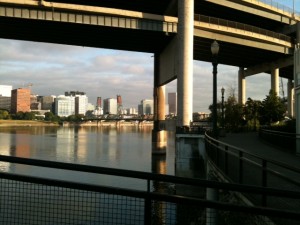 There’s a portion of the trail that has a grated bridge across the water. It’s quite disturbing riding across it and seeing the rocks and water underneath. 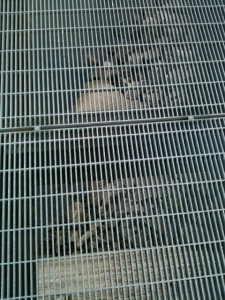 I try not to look down. 🙂 So my ride home was good but annoying. On the east side of the esplanade I ran into a little trouble. There were three girls running side by side deciding to take up the ENTIRE trail no matter how loudly I yelled “On your left!” and “Passing!” I barely made it passed them and dodged oncoming people doing the exact same thing. Do people just not care?! Then when I got passed OMSI and was turning right to get to the Springwater Trail a guy riding his bike on the wrong side of the road came THIS close to hitting me head on when we both turned the corner. Jerks. I tell you! 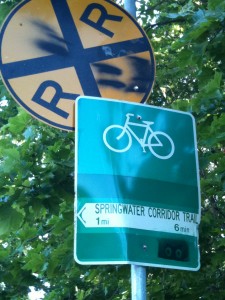 I got to the Springwater Corridor and it was smooth sailings. The trail was less crowded and I made it to Sellwood without any more incidents. I stopped briefly to drink some water in the shade and then continued on. All of the hills were super easy–no issues at all. I love seeing the progress in my abilities. All of the hills on the way home were so easy! Love it! The rest of the ride was easy, quick and uneventful. I was so happy that I had made the decision to ride to work from home! 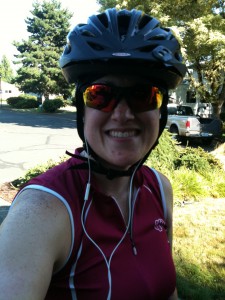 I got home in no time at all and literally five minutes later Michael got home from his commute. His commute his SHORT and ALL HILLS. My commute is LONG and relatively flat for most of it. 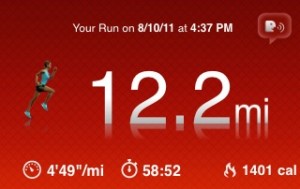 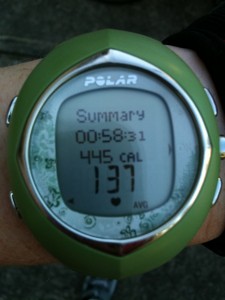 Not bad for a day’s worth of riding! That makes my total mileage for the day: 24.4 miles! I think it’s pretty fitting that I accomplished this goal on my 3 year anniversary of keeping the weight off! When we got cleaned up and settled in, we made Mexican Salads for dinner with chicken. 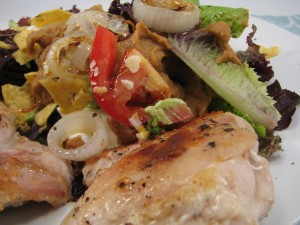 Lots of fresh lettuce from my garden, black olives, beans, tomato, onion from the garden, sour cream, and of course guacamole. 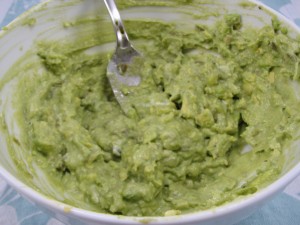 The dinner was the perfect food after biking 25 miles!

12 thoughts on “The Kinda Girl That Goes All The Way”