Sometimes it’s easy to get into a rut and wrapped up in routine. Last week I kind of vented about how burned out I’d been feeling. While that feeling hasn’t gone away entirely, a little romantic weekend getaway was just what I needed to get out of a rut. Michael and I booked a Groupon getaway for super cheap and it was at a place I’d been wanting to stay at for years. 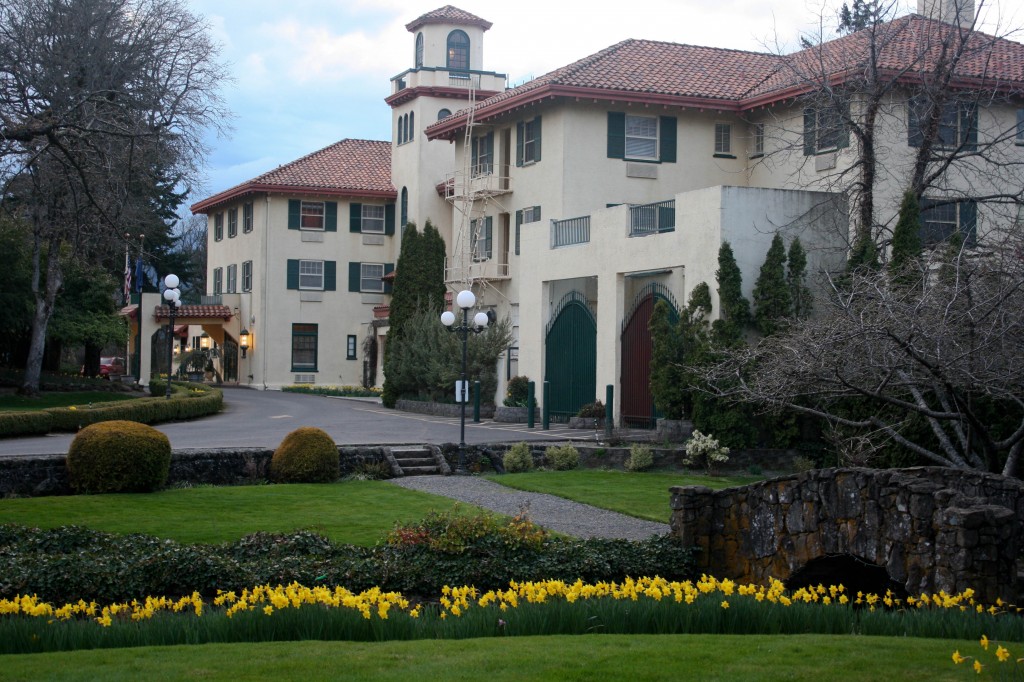 We drove to Hood River and checked into the Columbia Cliff Villas, right on the cliff overlooking The Gorge. The views of The Gorge were wonderful. 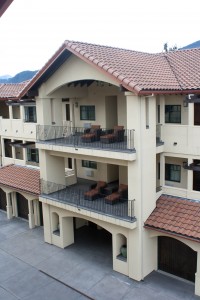 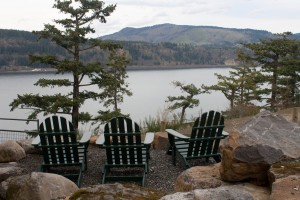 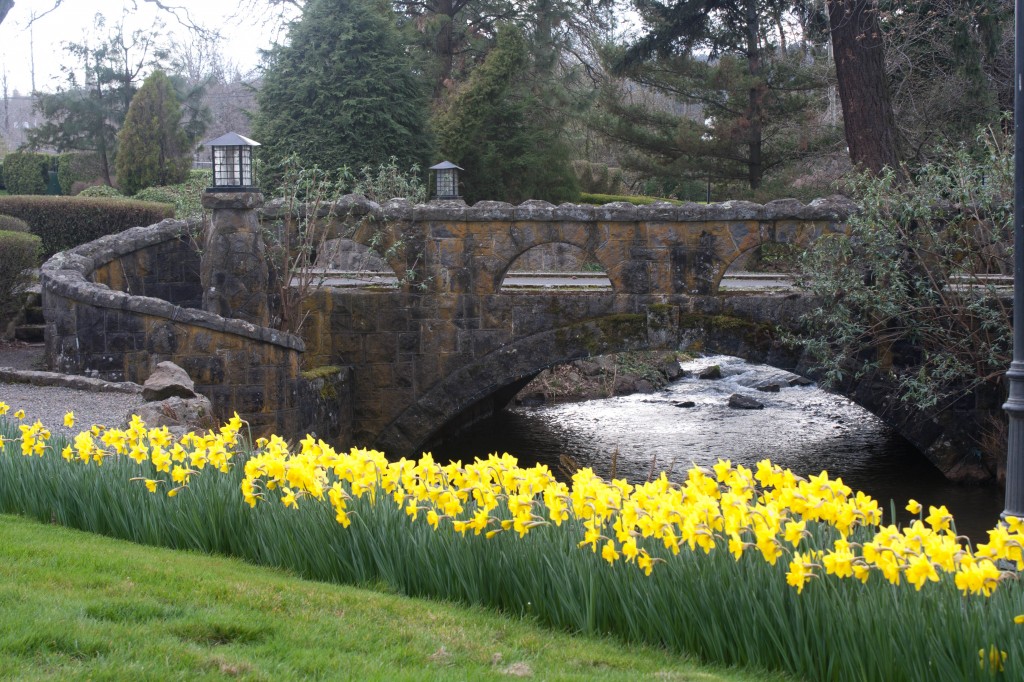 We checked in and saw that our room was super cute. The best was huge and so soft. There was a gas fireplace but it wasn’t needed. It was pretty warm that day and had been sunny all day long (thankfully). 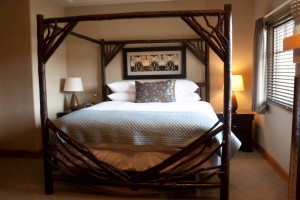 After checking in we got dinner at the Sixth Street Bistro. It was a cute place, if not a little odd. It was like it couldn’t figure out what identity it was; there were beautiful Japanese paintings on the walls and then framed concert flyers. There was also a bike hanging from the ceiling. Very odd indeed. But the food was really good.

We started with their Whiskey BBQ wings. Do you ever crave something odd and can’t get it out of your mind until you finally have it? Yeah, that was wings for me. I’ve had Buffalo wings maybe half a dozen times in my entire life and it’s certainly not something I ever desire and yet for about a month I’ve been craving Buffalo wings. Don’t ask me why. 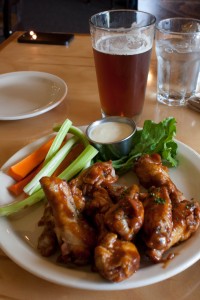 These wings were good but not quite what I was looking for. They were BBQ but not spicy like I was craving. Michael and I shared the wings and he drank an IPA and I got a glass of The Pines Pinot Gris. It was really dry and went nicely with my dinner. 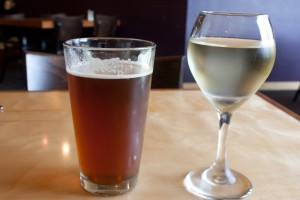 I ordered a small salad that turned out to be the best salad I’ve ever had. Can you even say that about salads? Well this one was amazing. Gorgonzola, cranberries, candied walnuts, pears and a very light dressing. I also had a small bowl of French Onion soup. The soup was decent but I’ve had better (Petite Provence in Portland is the best French Onion soup). 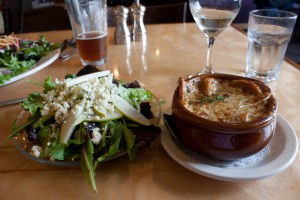 After dinner we strolled around Hood River. The weather was pretty nice, warm and sunny, and we just wandered around for awhile as the sun went down. We found two wine tasting rooms in town that were still open and went to those. The first one was Cascade Cliffs and I was not impressed. Usually when I taste wine there’s at least one or two that I like. I wasn’t a fan of any of their wines so we moved on to The Pines.

The Pines was a place I went to years ago and I remember not really liking their wines. I’m glad I went back in for a second chance. I’d enjoyed their Pinot Gris with dinner and ended up liking a handful of their reds. I bought a bottle of their 2010 Big Red.

The evening was winding down and so Michael and I hung out in the hotel bar for a bit while we split a slice of cheesecake. No idea if it was New York or San Francisco but it was dense like cream cheese and tasted like heaven. I love cheesecake! Since Michael was trying to avoid gluten, I took care of eating the crust. 🙂 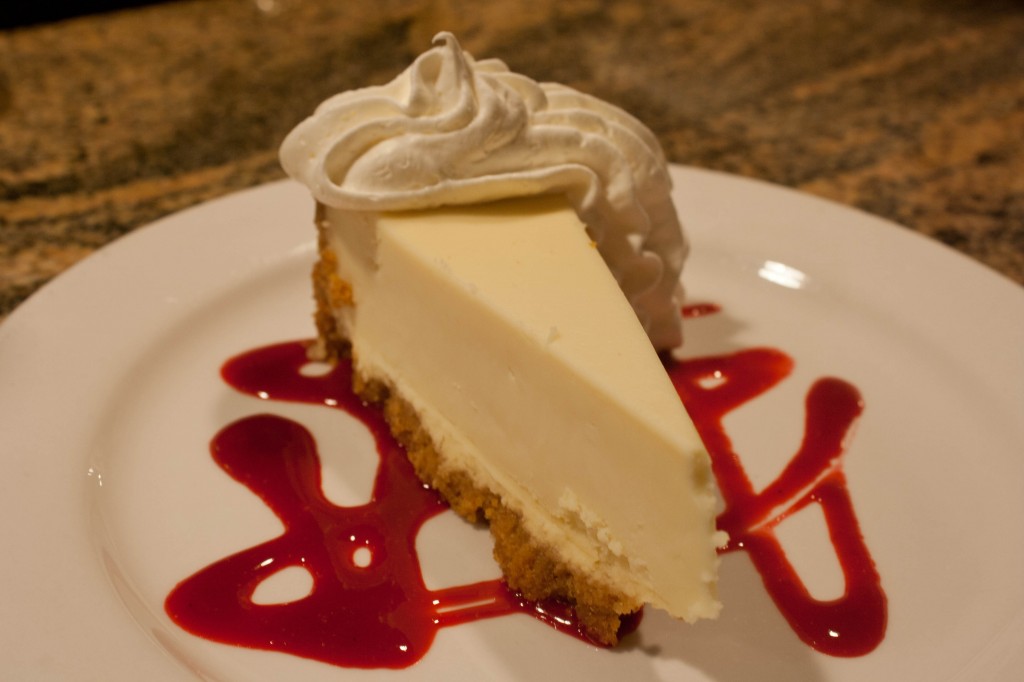 This is also where we got breakfast the next morning. It was part of our hotel (we were in the Villas, not the Hotel) and it was a very old-world, charming place to visit. 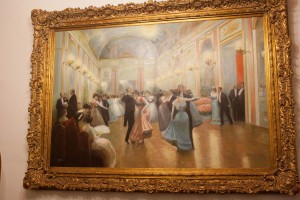 Michael ordered the buckwheat pancakes since he’s trying not to eat gluten. He loved them. I had a bite and I wasn’t as enthused. I don’t know how to describe them but they just tasted odd. Maybe it’s something you have to warm up to? 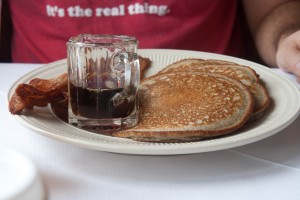 I got a breakfast sandwich–English muffin with scrambled egg, sausage and cheese, nothing too exciting. It came with a cup of fruit and I also had Michael’s fruit since he didn’t want to put the raspberries and whipped cream on his pancakes. I happily took that off his hands. 🙂 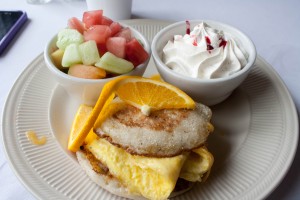 After breakfast we went for a short hike near Hood River. I’d done my research to find a hike that didn’t have crazy elevation so I could test out my knees. It was the first hike I’d done since having Runner’s Knee. We went to Elowah Falls. It was a short hike but connected to other hikes if you wanted to make it longer. 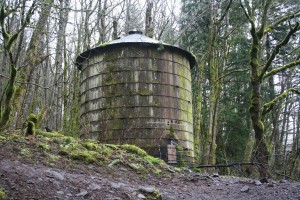 The hike was just off the highway but you walked into the woods far enough not to hear it. It was kind of a rainy day in Hood River. Luckily it wasn’t raining so much that we bailed on hiking. Most of it was just a light drizzle and once we were in the trees it wasn’t that bad. The trail was slightly muddy but not miserable. 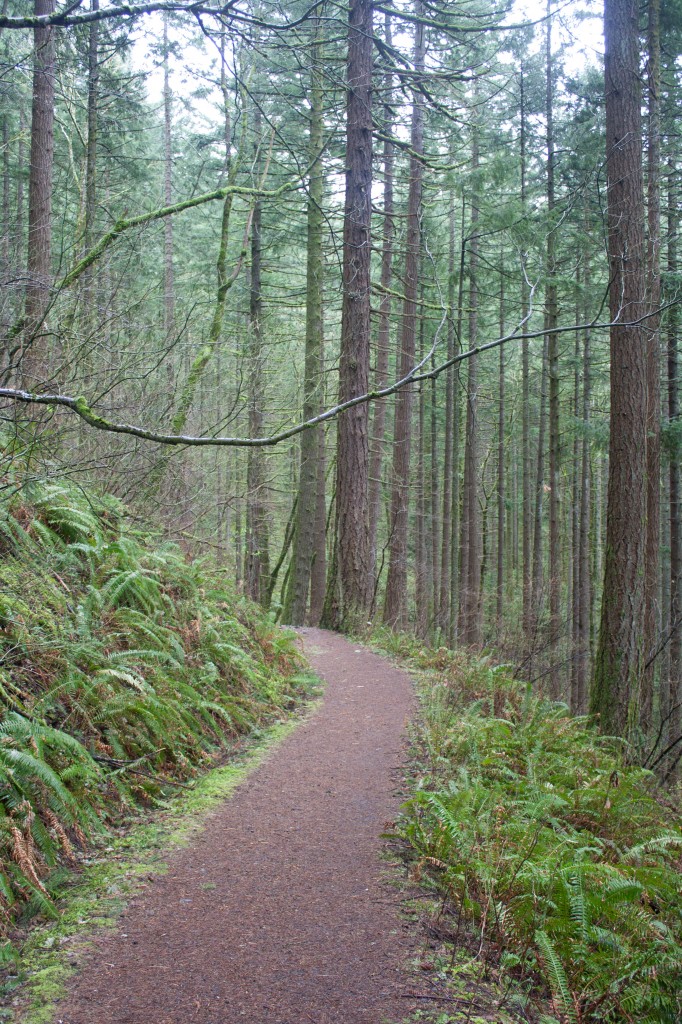 It was quiet out there; not many other hikers. My knees did pretty well the whole hike. There was some elevation changes and that got my heart rate up but I didn’t feel a strain on my knees. We rounded a corner and came to switchbacks that lead down to the waterfalls. I could hear the waterfall from half a mile away. 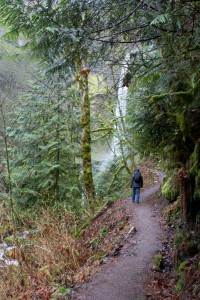 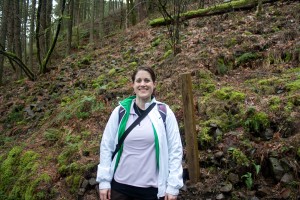 The waterfall was huge and there was a very cute bridge underneath. We didn’t get very close to it because we were getting drenched from the spray. 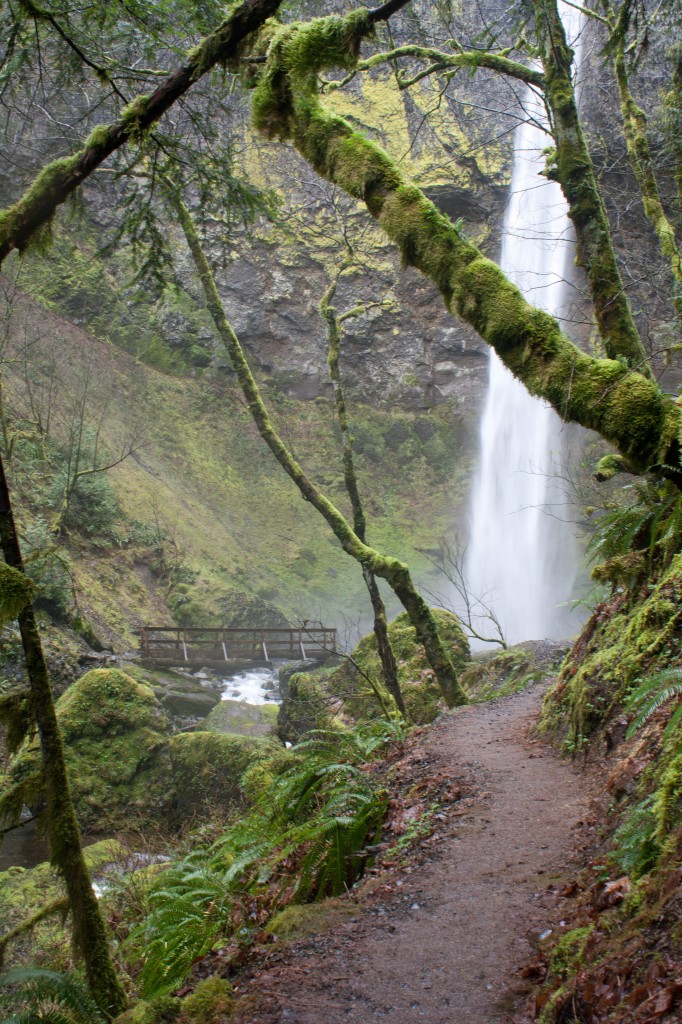 After seeing the falls, we hiked back to the start of the trail. There was a fork in the road to go onto Nesmith Point Trail. I said my knees were good so we decided to give it a try. It was a trail that lead further into the forest and uphill. We did probably a half mile up that trail and then turned around. If I had to guess, I’d say we did between 2-2.5 miles? 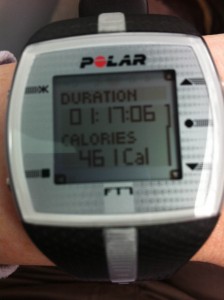 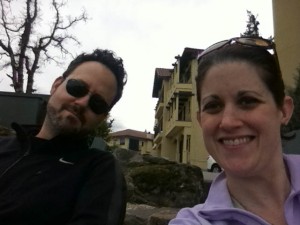 The next post is mostly about wine. So stayed tuned. 🙂

QUESTION: What have you been craving lately?