What a crazy couple of days! The weekend started with President Obama visiting Portland for two days. He just so happened to be staying in a hotel nearby where I work! We got to see all the activity with the Secret Service, Portland Police, Bomb Squad, what looked like National Guard troops, and lots of adorable K-9/Bomb-Sniffing Dogs! Then on Friday we couldn’t get into our office in the morning because there was a pretty large perimeter of streets completely shut off around the President. We stood outside and watched as the motorcade came by. 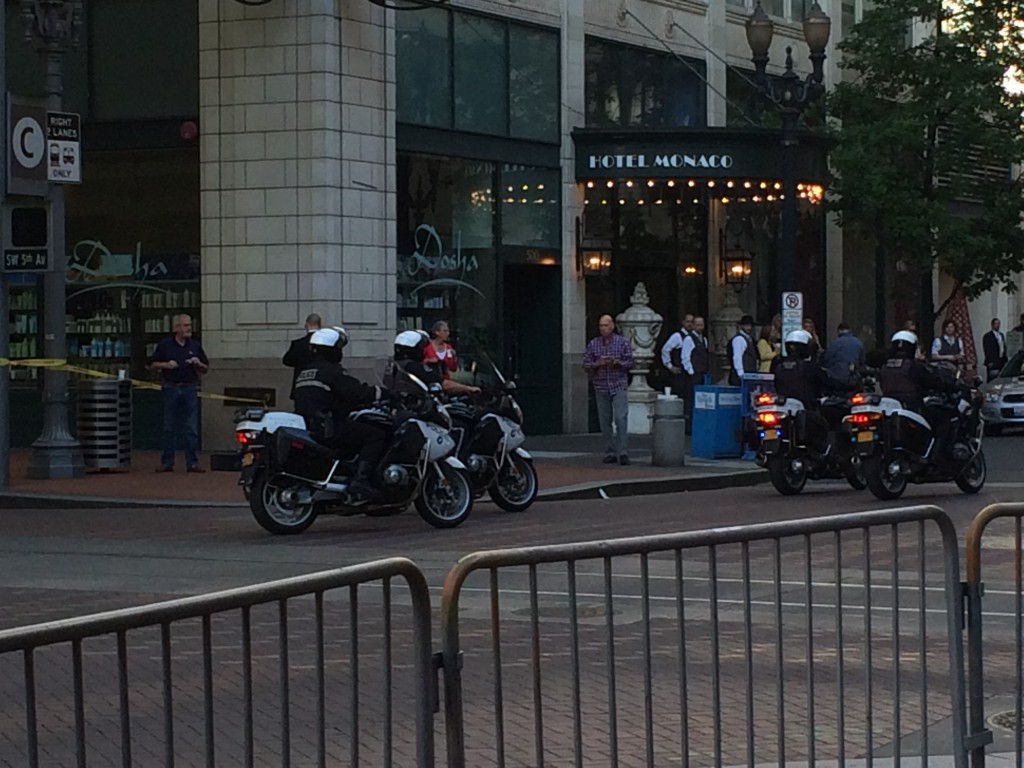 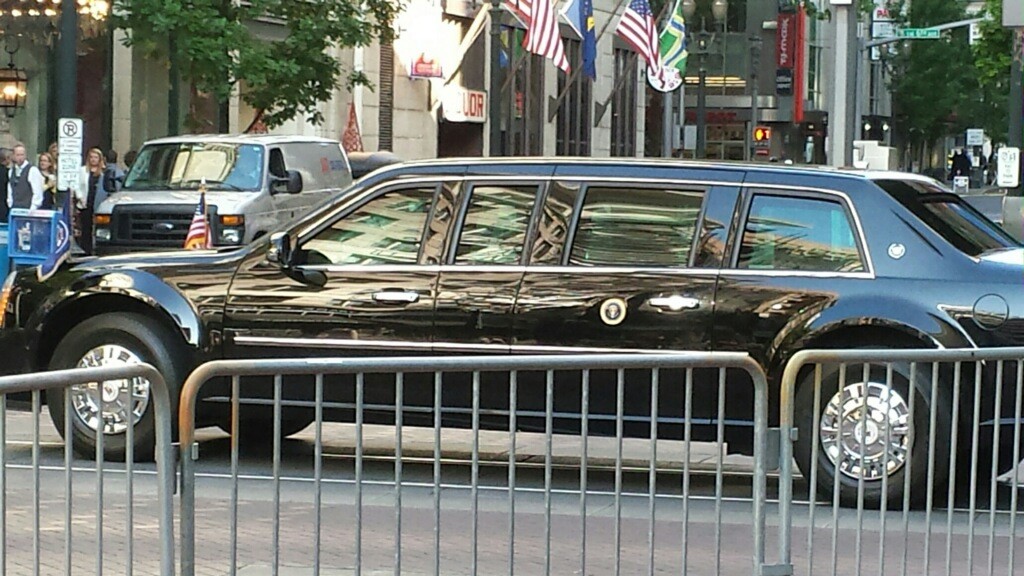 We saw snipers on the hotel roof, the super long motorcade with about 20 vehicles went by and President Obama even WAVED at all of us as they drove by! I got video but it didn’t turn out great and unfortunately can’t see that he waved! Bummer! But what an exciting, once-in-a-lifetime kind of moment! Like holy shit we saw the President!!!

Anyways, that was Friday morning. Then Friday after work I had a girl’s night with my bff Rachel! She drove down from Seattle to spend some quality girl time together. I think the last time we hung out was my wedding. Way too long ago. I was so excited about her visit.

We went out to dinner at the Savoy Tavern on SE Clinton Street. 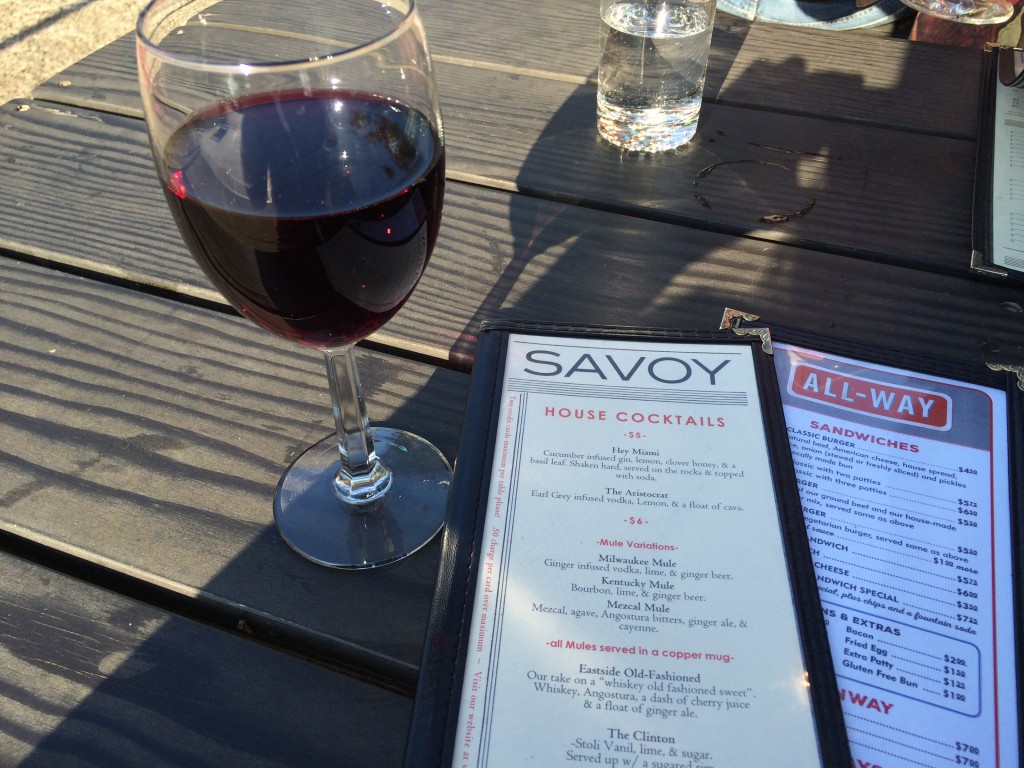 I’ve wanted to try this place out for awhile now and Rachel and I got a seat outside in the sun, which was super nice. It was in the 80’s and just gorgeous weather. We shared an appetizer of the fried cheese curds and each got a glass of wine (I got the Syrah). 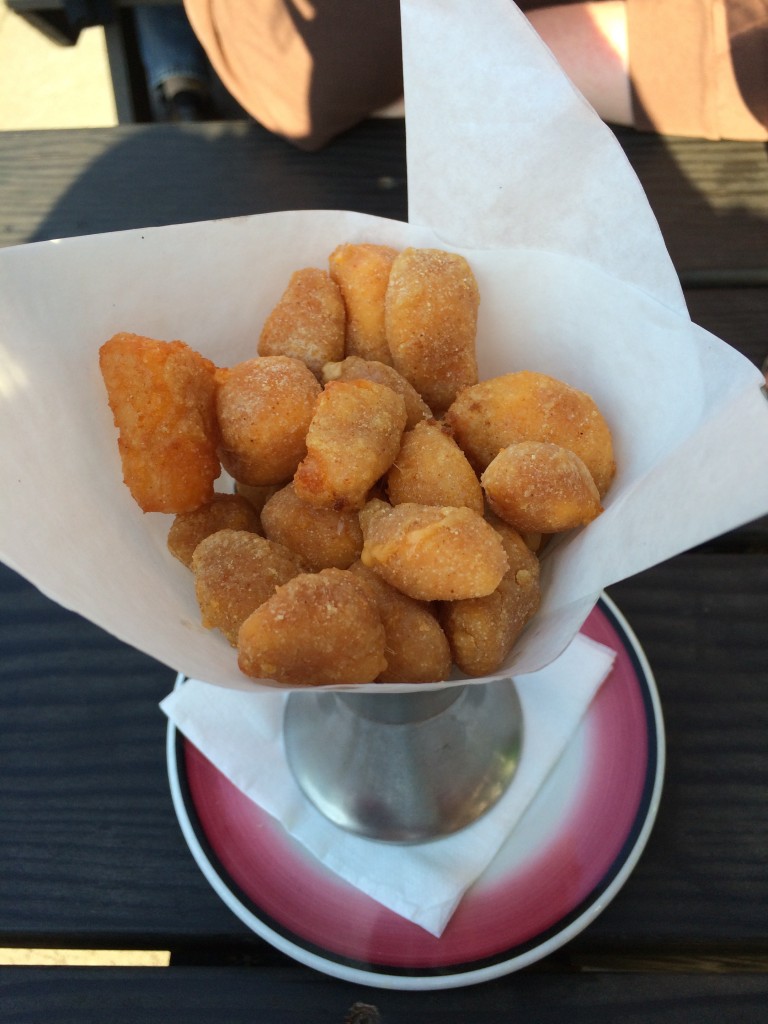 The cheese curds were good, but could have been better. We both agreed they needed some salt, or something…We both got a burger. Mine came with cheddar cheese and bacon on it. I got a side of coleslaw. The food was average. It wasn’t bad but it was just lacking something…the patty was small, which was good because I wasn’t looking for a monster huge, messy burger that is 2,000 calories. It was just the right amount of food. But once again, it was missing something. 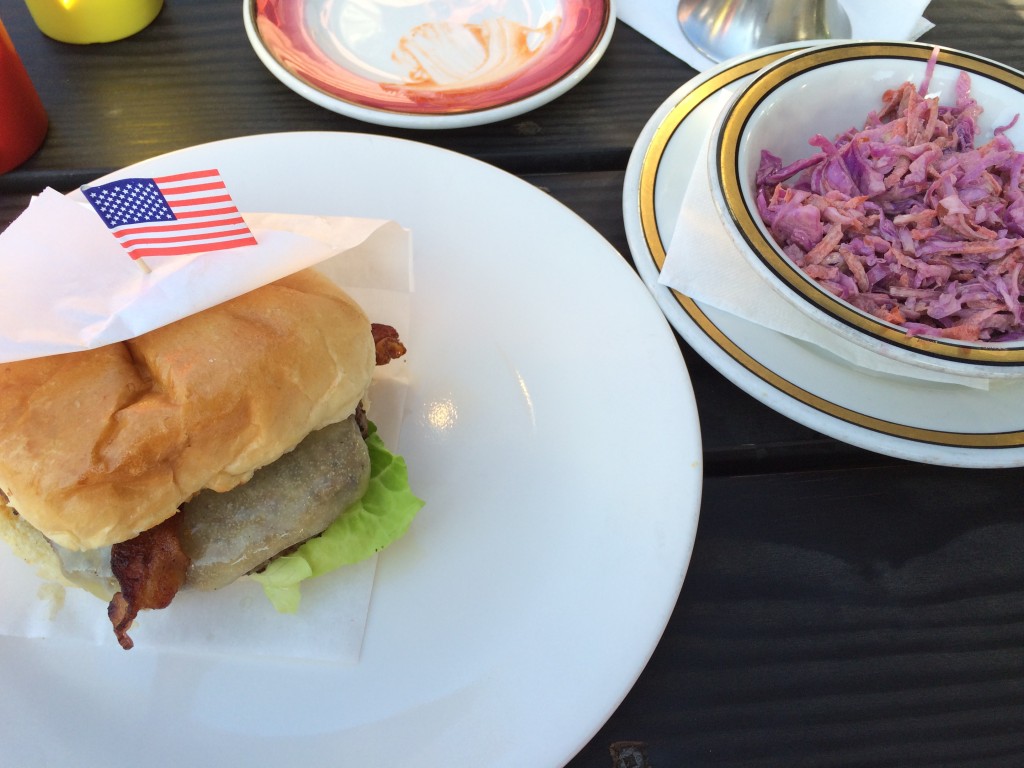 The coleslaw was kind of boring. I’ve had better. Again, the food wasn’t bad, it just wasn’t fantastic. What was fantastic? The shoestring fries Rachel got with her burger. They were to-die-for good. I was kind of disappointed that food wasn’t better, because I had heard some good things about that place. Not sure what happened there.

After dinner we went to a wine bar and spent a few hours gabbing and catching up. I got one glass of the Soave Classico Pieropan white wine from Italy. I’d never heard of it before and so I gave it a try. It definitely had lemon flavors to it. It was okay, but not my favorite white wine. Rachel got a red wine flight and we shared an order of chocolate covered blueberries. Yum! It was so nice to spend some girl time talking about stuff and reminiscing.

Saturday morning Rachel, Michael and I went to Sckavone’s for breakfast. It’s a good breakfast joint that never has a line. I got coffee and the smoked salmon scramble that came with amazing potatoes. They also bring out mini scones for the table that are drizzled with honey (so good)! 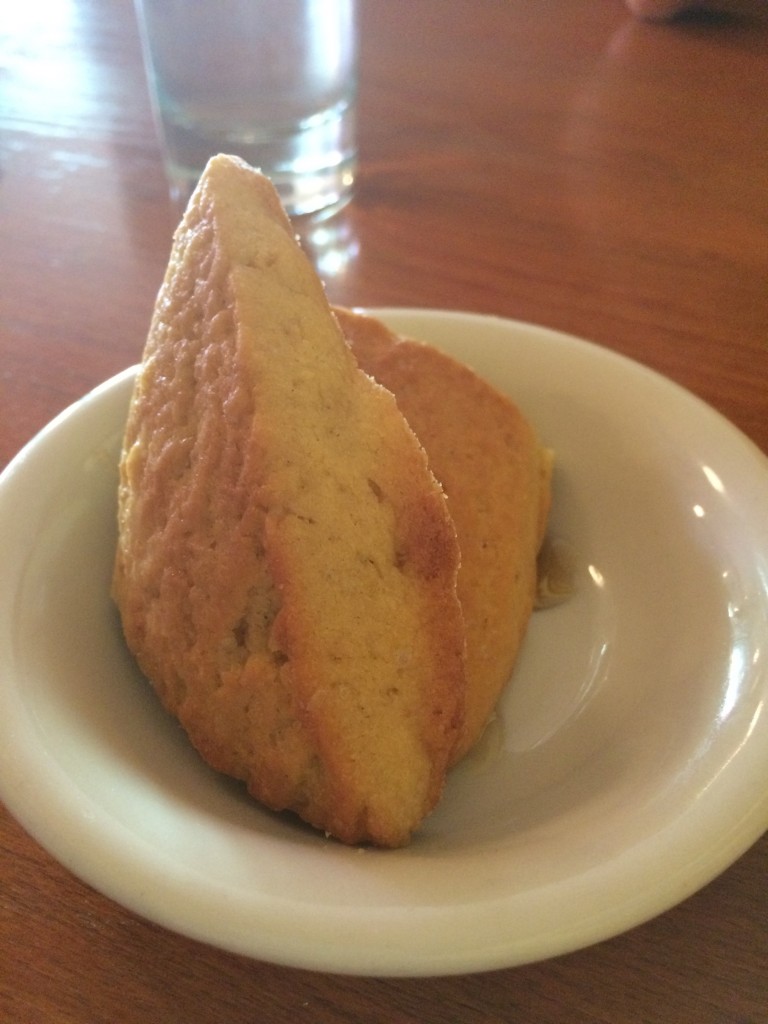 Michael got the huevos rancheros and Rachel got a Bloody Mary and the steak and eggs. They even had a Bloody Mary “garnish bar”. LOL Had I not been driving I might have had to partake. I <3 Bloody Mary drinks. 😀 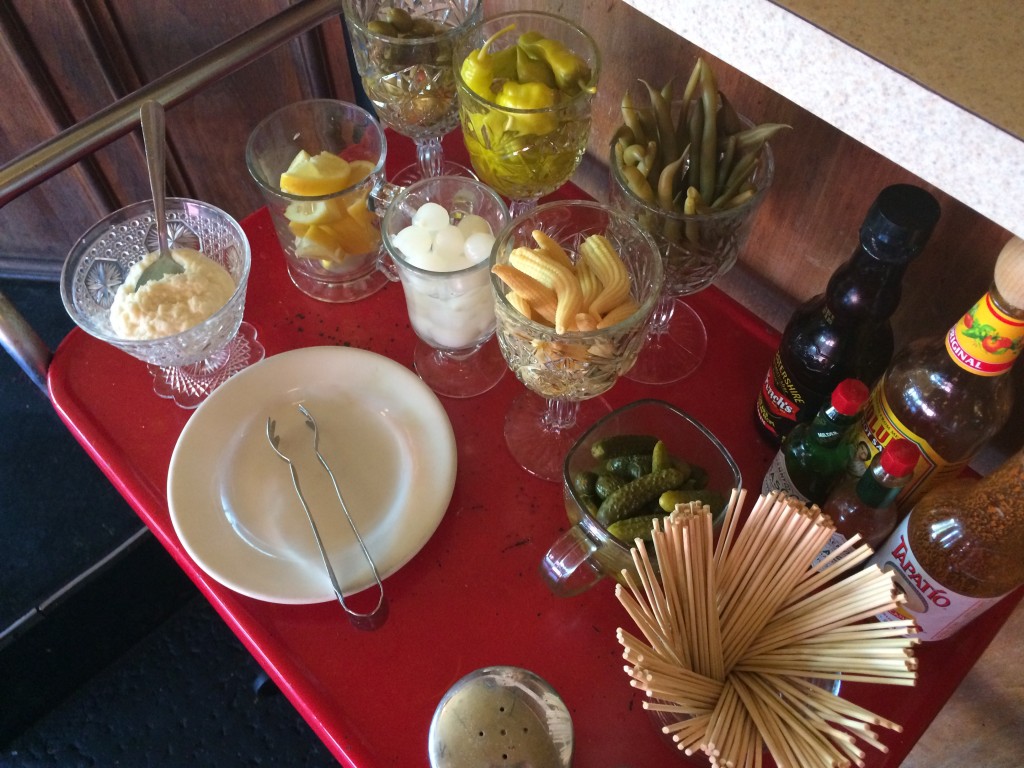 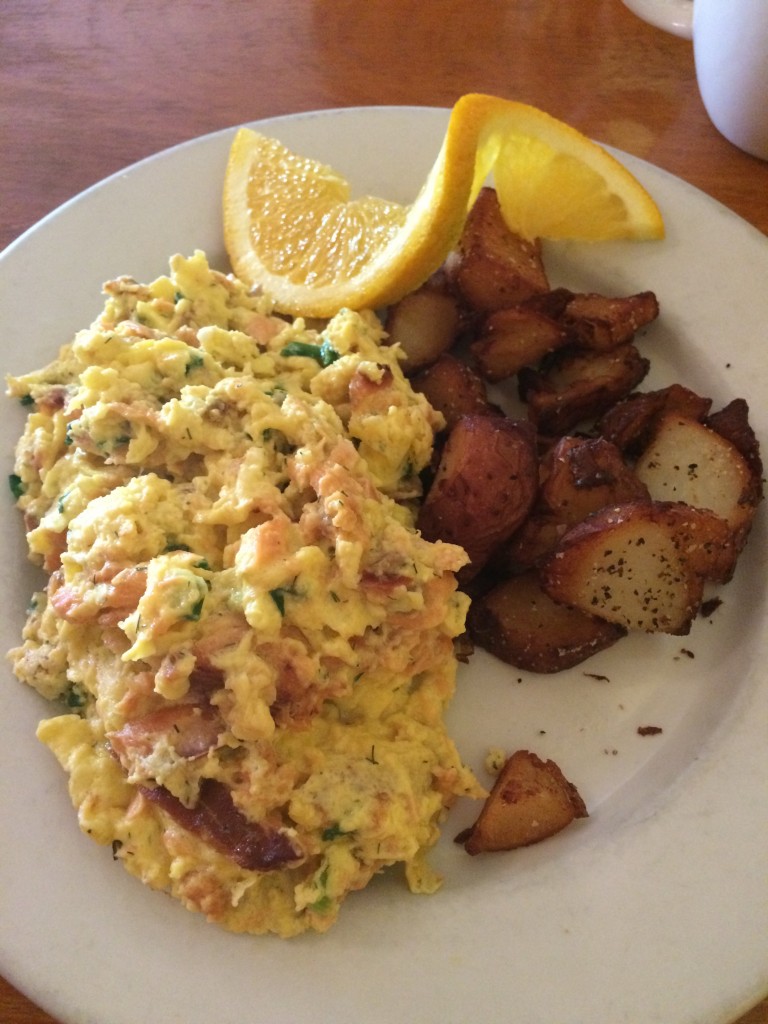 After breakfast Michael went home and us girls went over to the Hawthorne district to do some shopping. There’s a bunch of cool, quirky, fun shops and several consignment stores. I was looking for a dress for an upcoming wedding I’m going to and we had fun checking out the sometimes awful and sometimes cute clothes. Also saw these shoes: 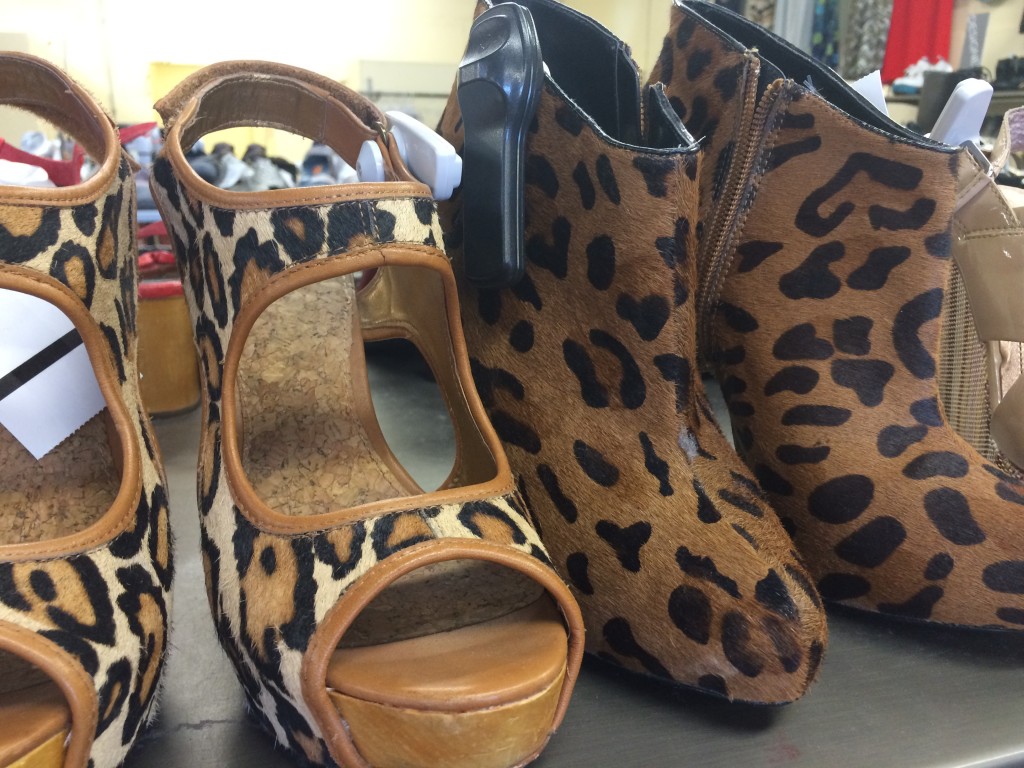 So tempted. 😉 After a few hours we went back to the house and Rachel had to hit the road. I was sad that it was such a short visit but I was glad to be able to spend some time together. After she left I went to the gym for some light weight lifting and the elliptical. 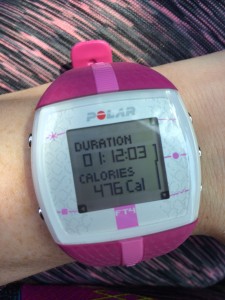 Our dog walker sent me this photo, from Bella of course. 😀 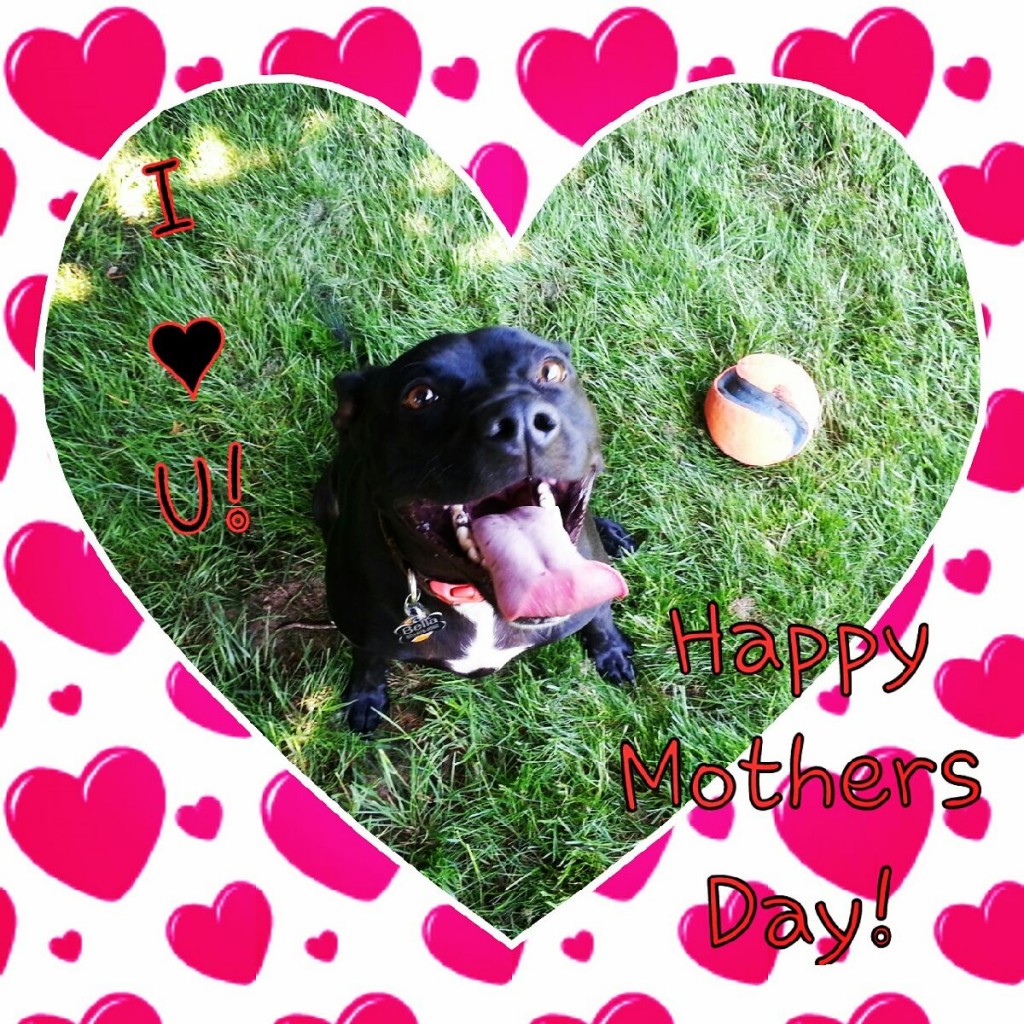 We hosted dinner at our place for Michael’s family. It was a combo birthday/Mother’s Day party for his mom. It was also a good opportunity for everyone to see the new kitchen counters. 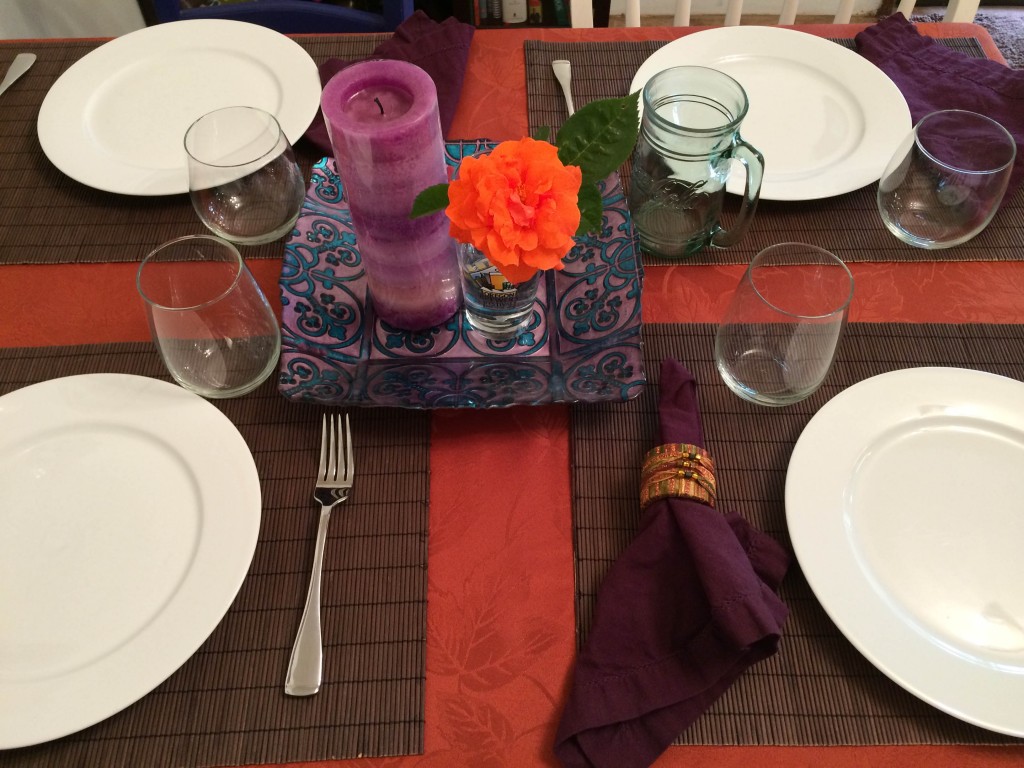 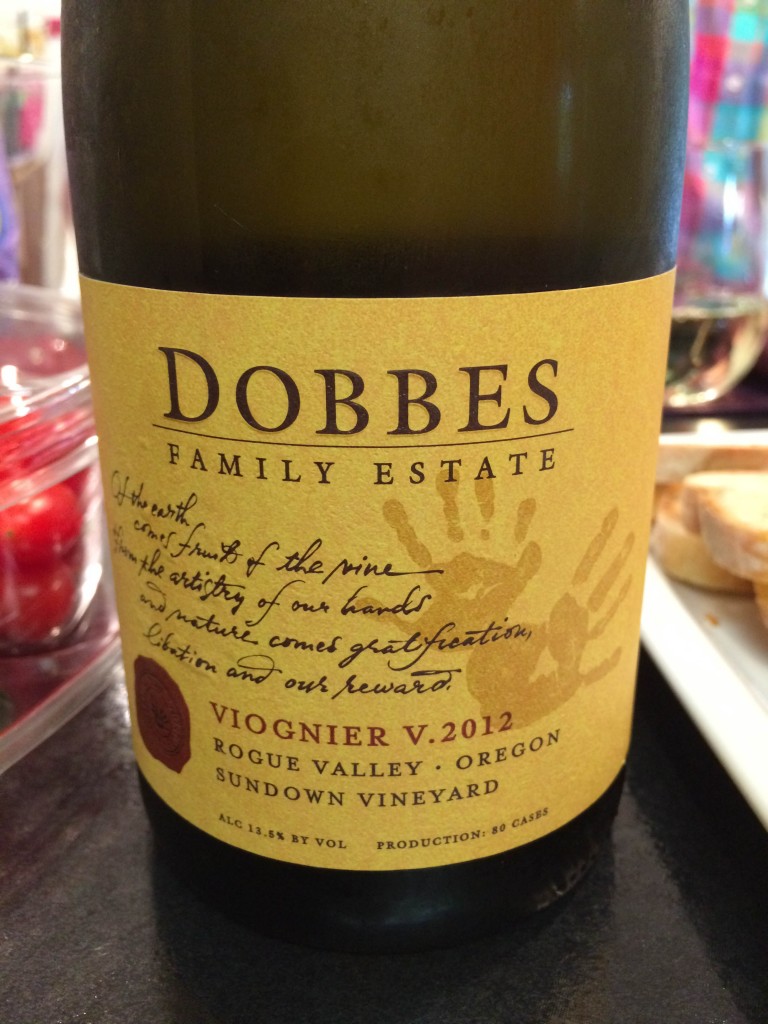 Since there were going to be 8 people over, Michael decided to make his famous mac n’ cheese since it’s a favorite and feeds a lot of people. I picked up some gluten free macaroni at Bob’s Red Mill for it. It was a huge hit, of course. 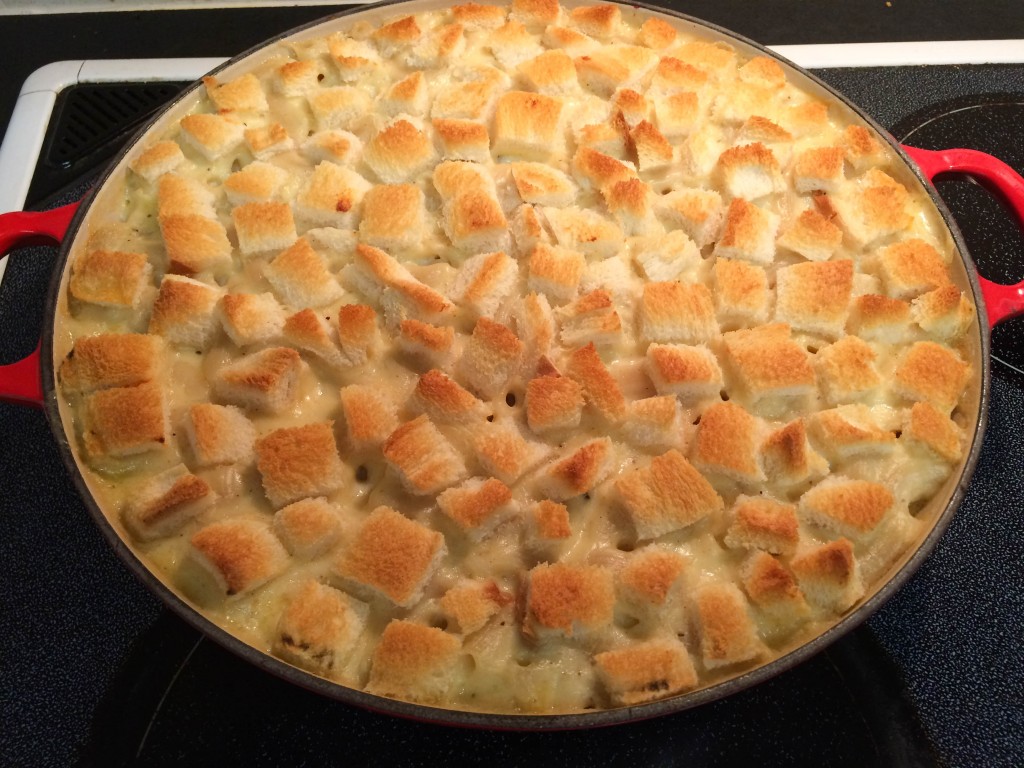 Michael’s sister brought a delicious salad and made her amazing green beans wrapped in marinated steak (they are so good). 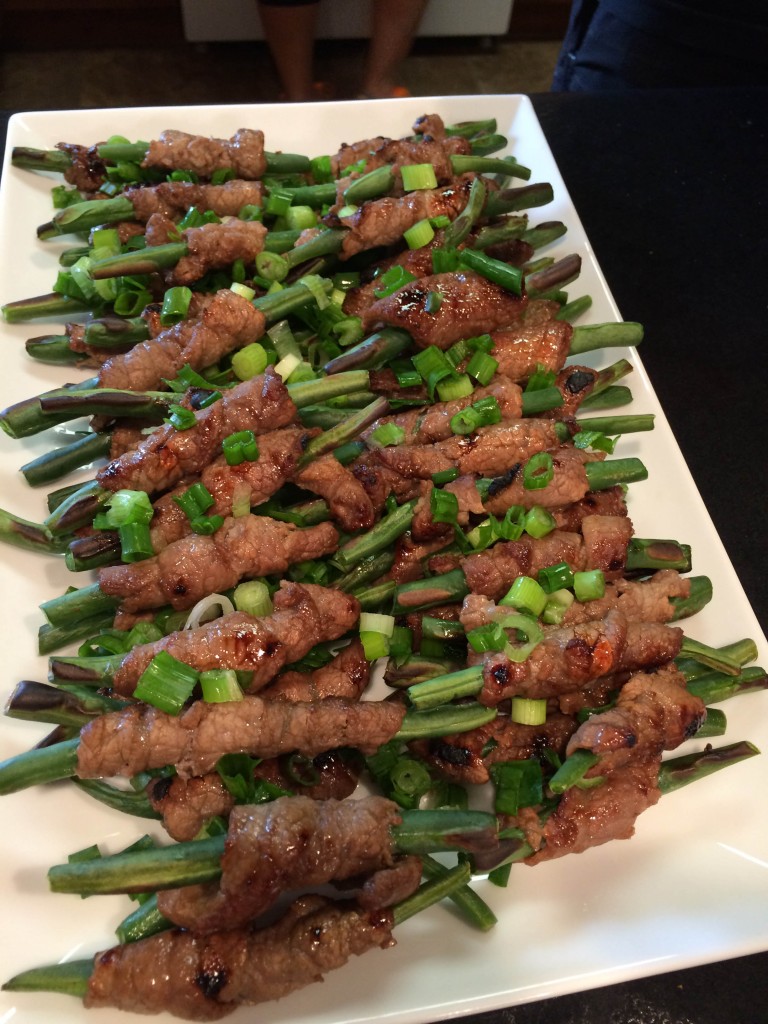 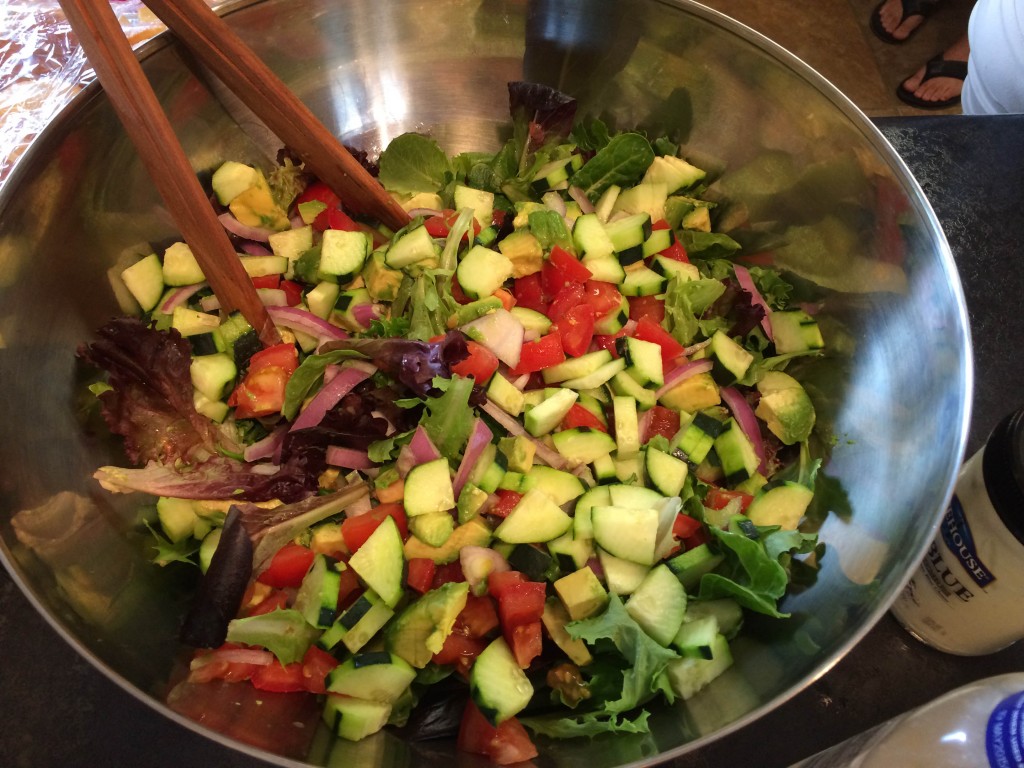 Michael’s brother brought a veggie tray and some spinach dip, plus strawberry shortcake for dessert. 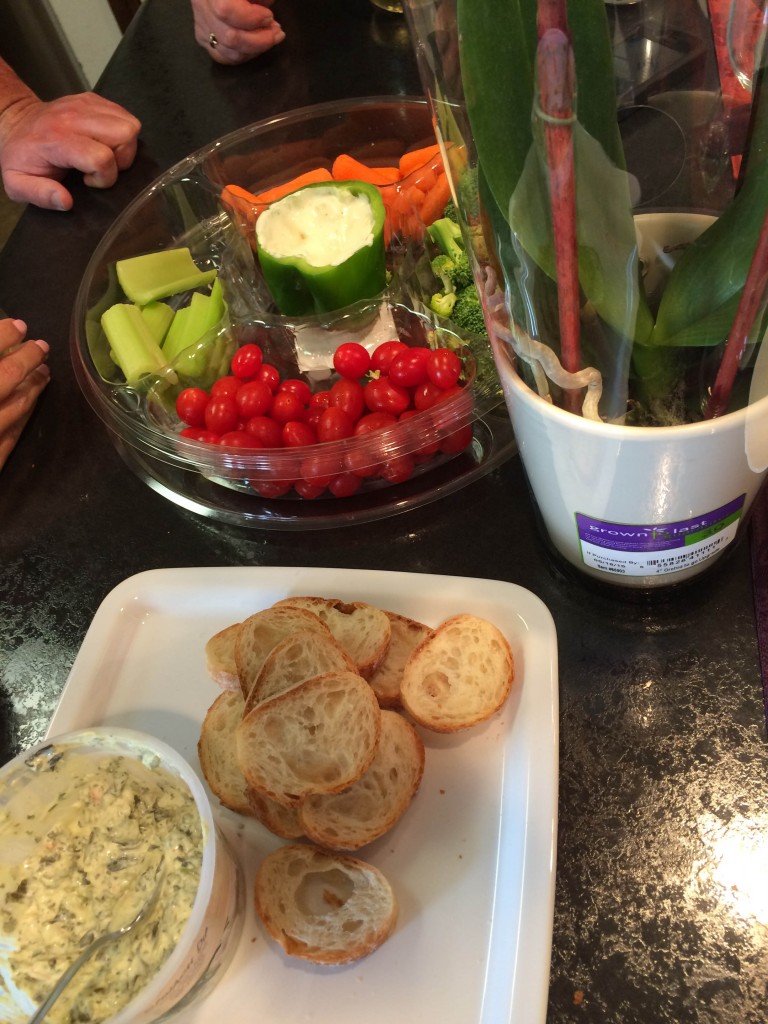 I definitely ate too much. No secret about it. Everything tasted so great. The evening was a success and we are both happy we were able to entertain a fairly large crowd comfortably. Honestly, I think 6 people is the sweet number for a dinner party. 8 is doable but difficult. Our house isn’t huge and we need a bigger dining table to do that comfortably. 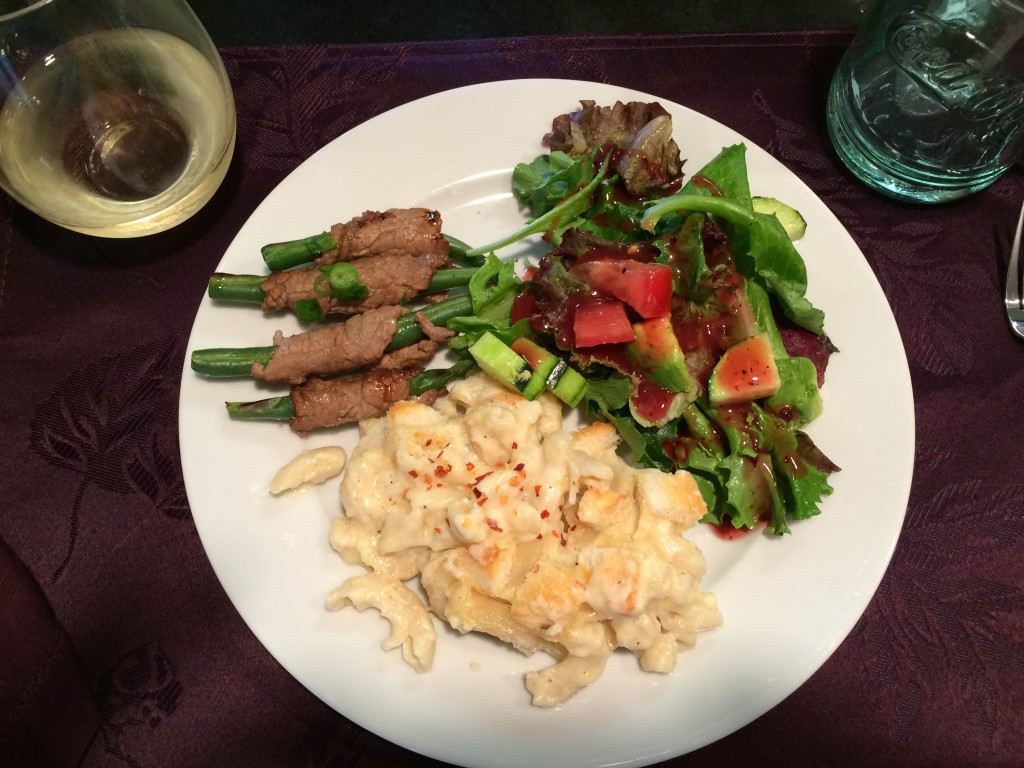 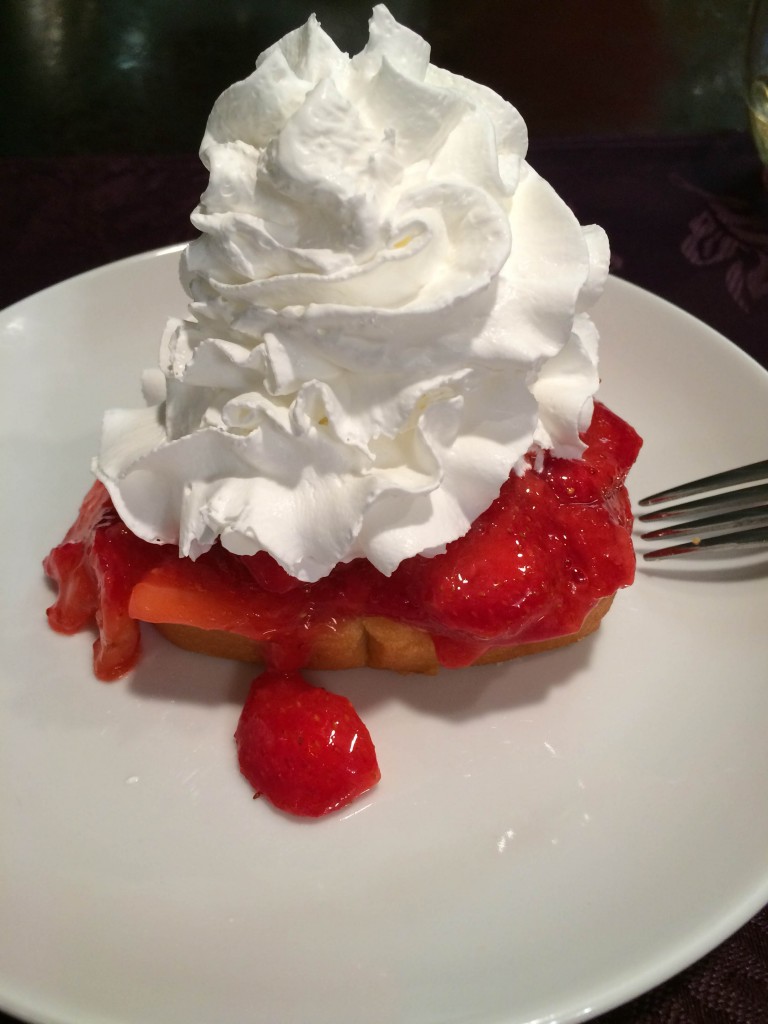 Doesn’t that dessert look decadent? It was a nice treat. I haven’t had strawberry shortcake in a million years! Homemade is even better. 😀

Hope everyone had a great weekend/Mother’s Day!

6 thoughts on “Lots of Visiting”