After much hemming and hawing I took Christmas Eve off from work. I was planning on saving as much time as possible for maternity leave but work was SO dead the day before Christmas Eve I knew Christmas Eve would be even more boring. I was glad I took it off. I slept in, went to the gym, got a haircut, ran some errands and then spent a few hours working on the soon-to-be-nursery. Lots of stuff to go through!

Christmas morning Michael and I opened presents. He got me a new camera! I LOVE it! It’s a Canon and a lot of the features are similar to my old Canon but it’s still going to take some time to figure it out. Michael said that there’s a feature on the new one that will make it easier to take pictures of moving targets–like babies and dogs. It’s so hard getting a good photo of Bella, even using all the tricks I know with my current camera, because she just moves too fast! I’m looking forward to practicing.

Fat Kitty enjoyed the wrapping paper and boxes. I got Bella a new squeak toy and she loved the sound but didn’t want to play with it, which was weird. 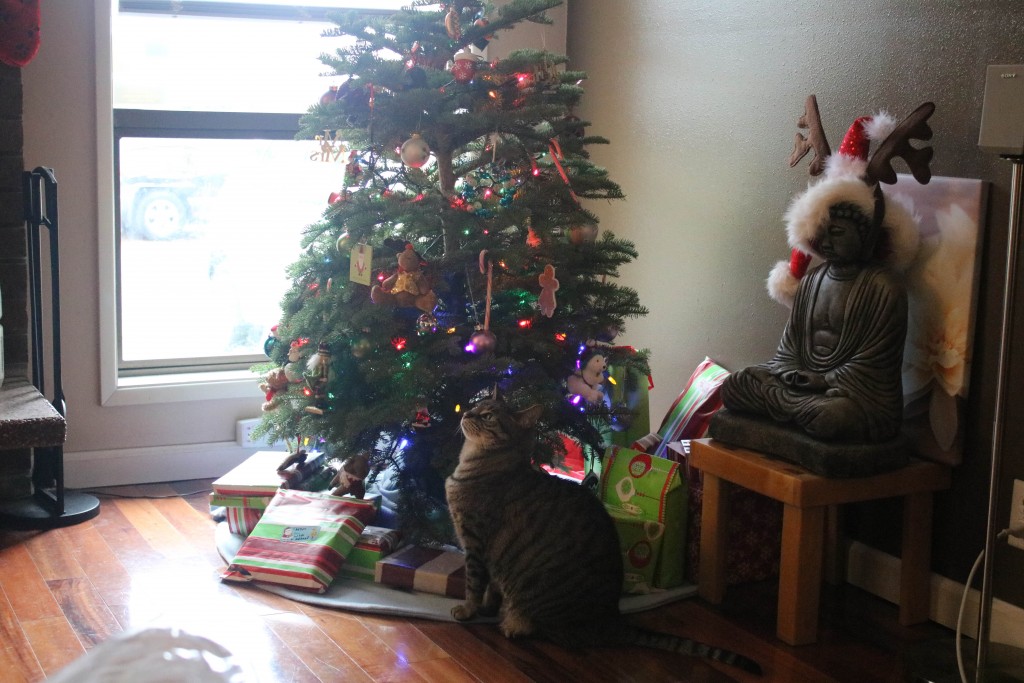 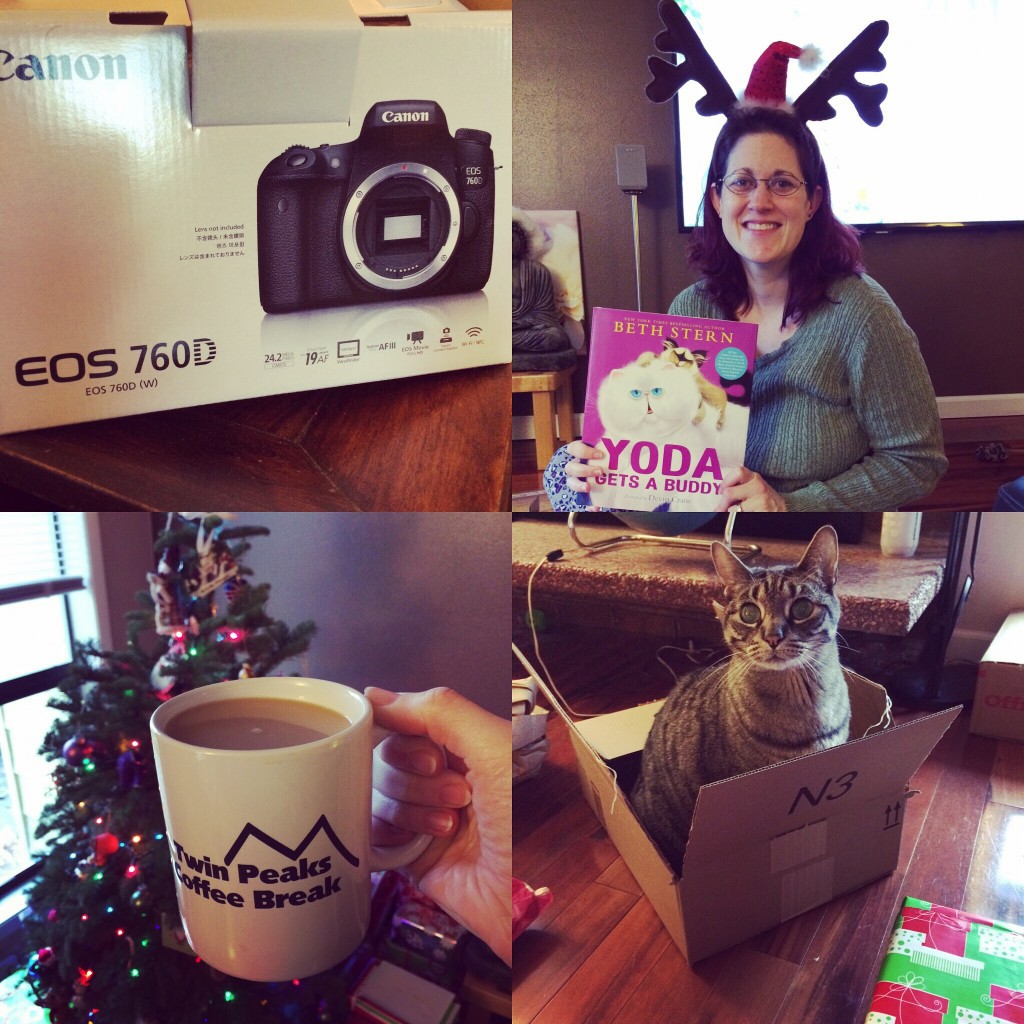 We took Bella for a walk–thankfully it was finally NOT raining here in Portland, then my parents arrived from Seattle and the four of us went to Gracie’s for our annual brunch! 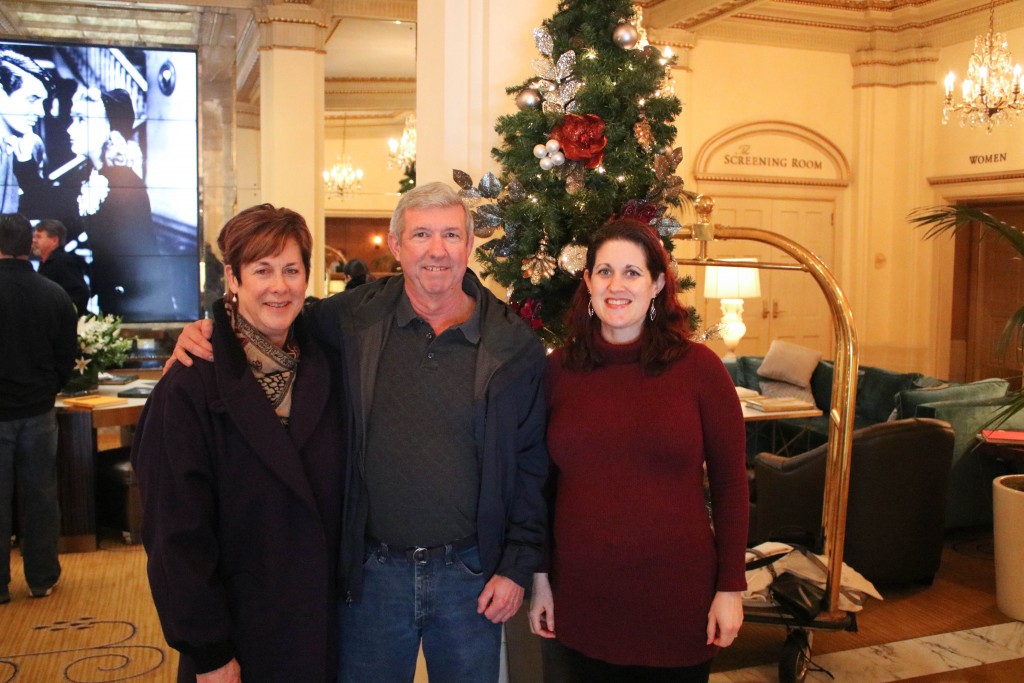 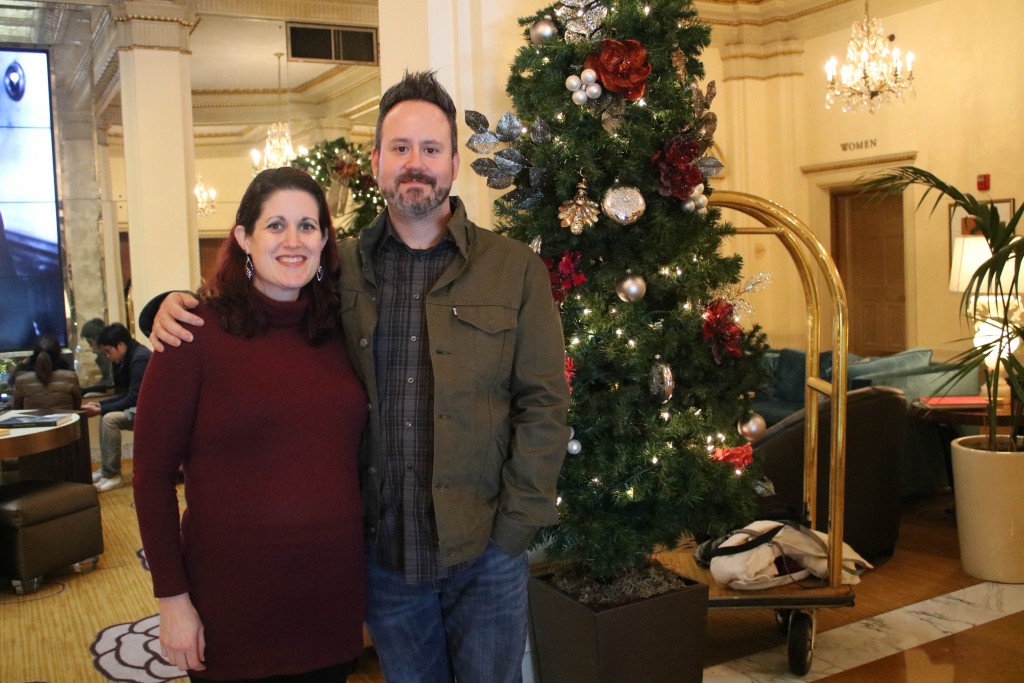 We love Gracie’s. The food is always perfect and the service is as well. This year they had a champagne cocktail menu! Dang it! It looked so good. But I did splurge and order some freshly squeezed orange juice that was absolutely amazing. 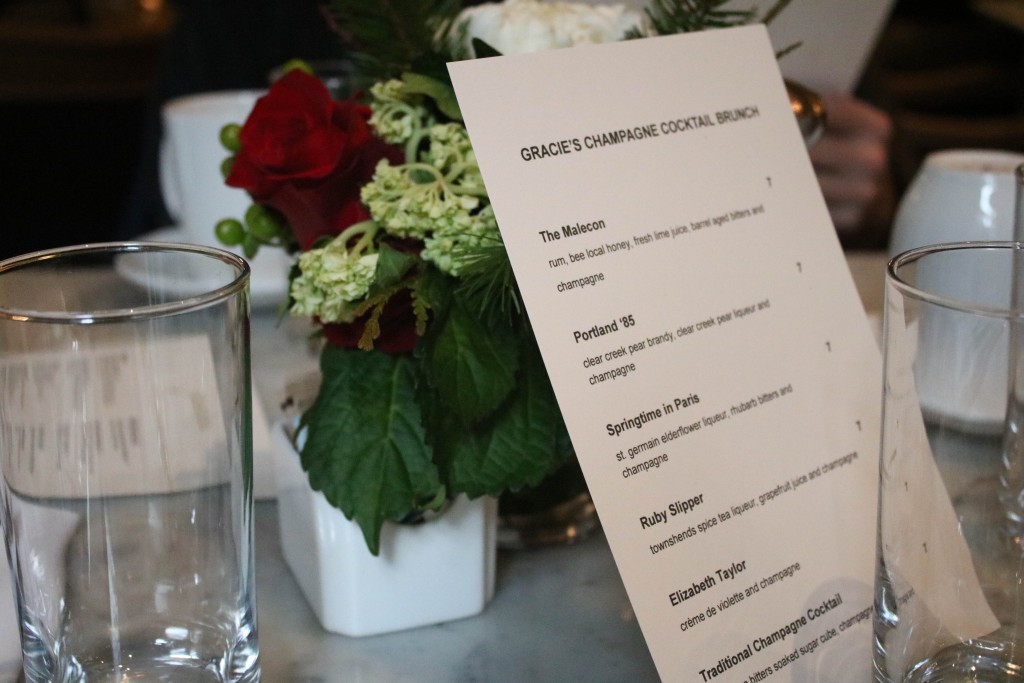 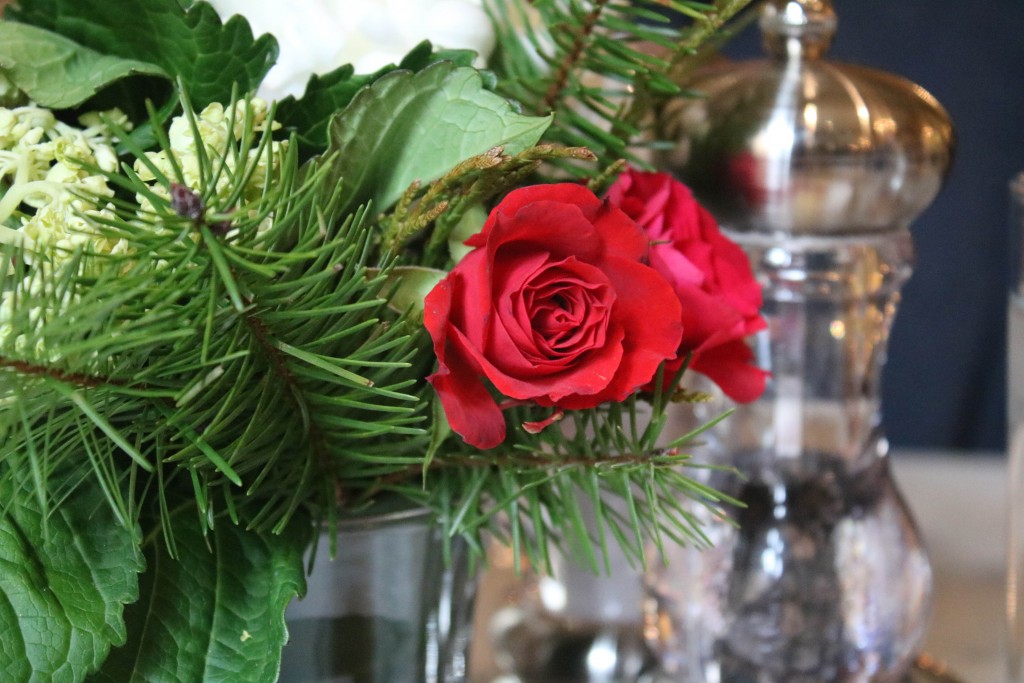 I ordered the ham and cheese omelette this year. It came with potatoes and I got sourdough toast. Michael got the Huevos Rancheros, of course, and my mom got the crab and avocado omelette. Everyone’s breakfast was fabulous. It was a nice, relaxing brunch. I’d kill for some more of that OJ. 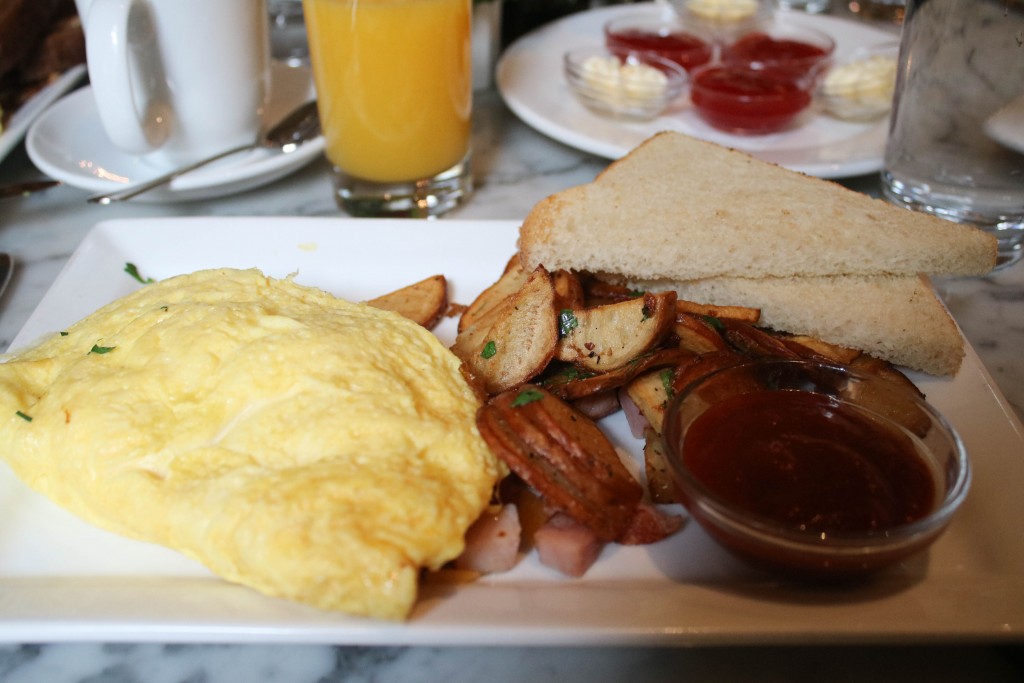 Back to the house for presents with my parents. Fat Kitty decided my dad’s lap was the best place to be, apparently. 🙂 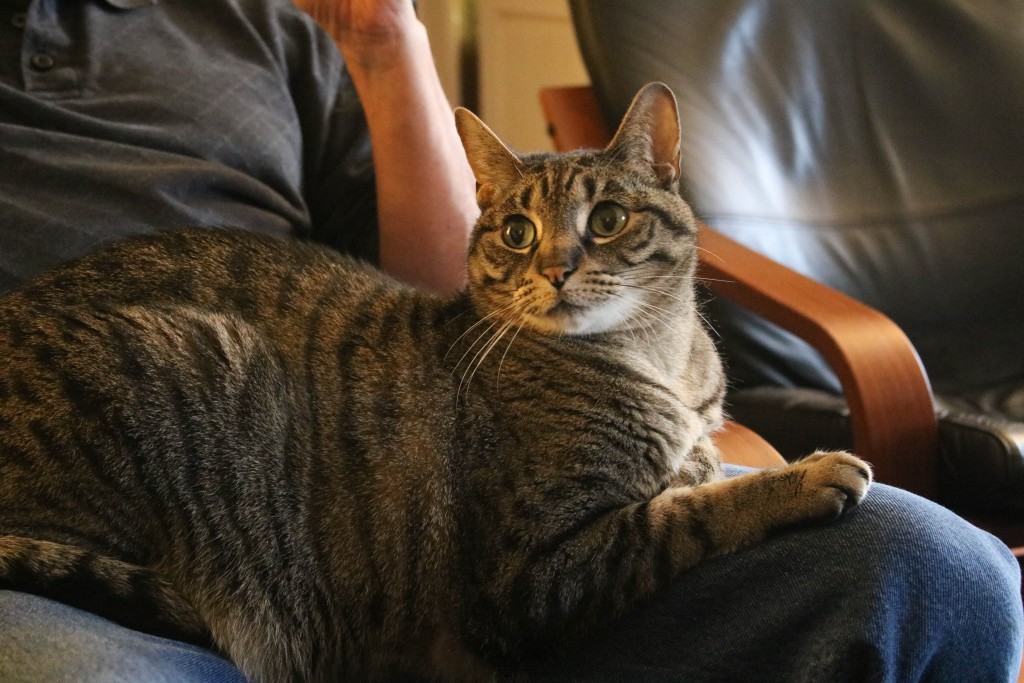 My parents got us a glider for the nursery (to be delivered next month when the nursery is finished). They also brought down this super cute chair and stool: 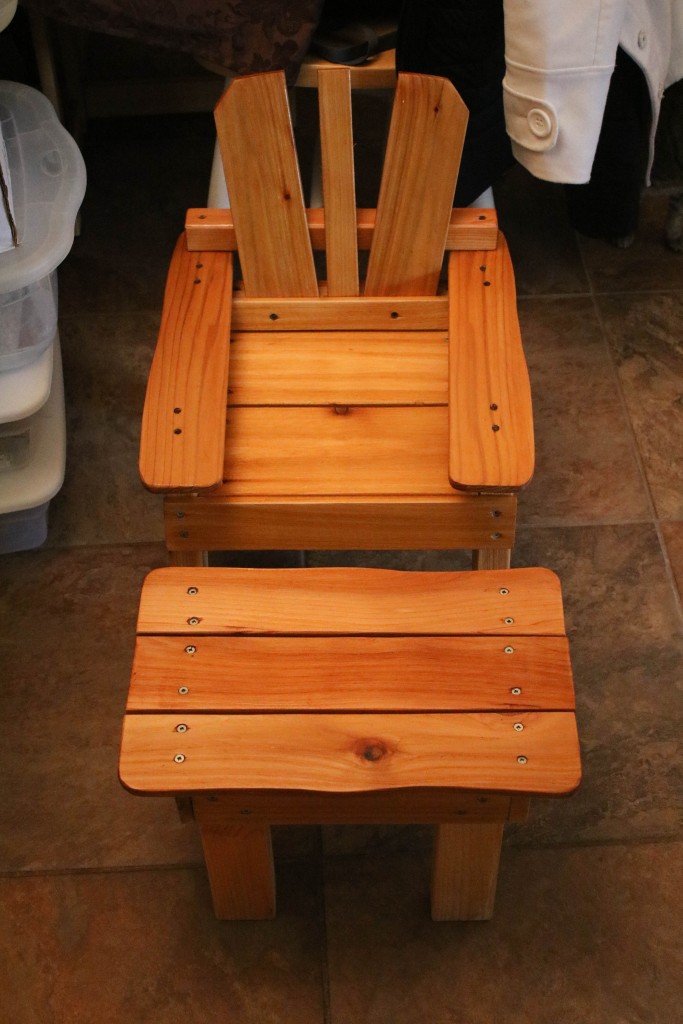 One of my dad’s friends got it in Arizona and it’s so cute! It’s small but sturdy and will be a great addition to the nursery. After spending a few hours with my folks, they took off for the beach and Michael and I went to his mom’s house for dinner. There were deviled eggs, I made a veggie tray, Michael’s sister did these pork buns that were really good. 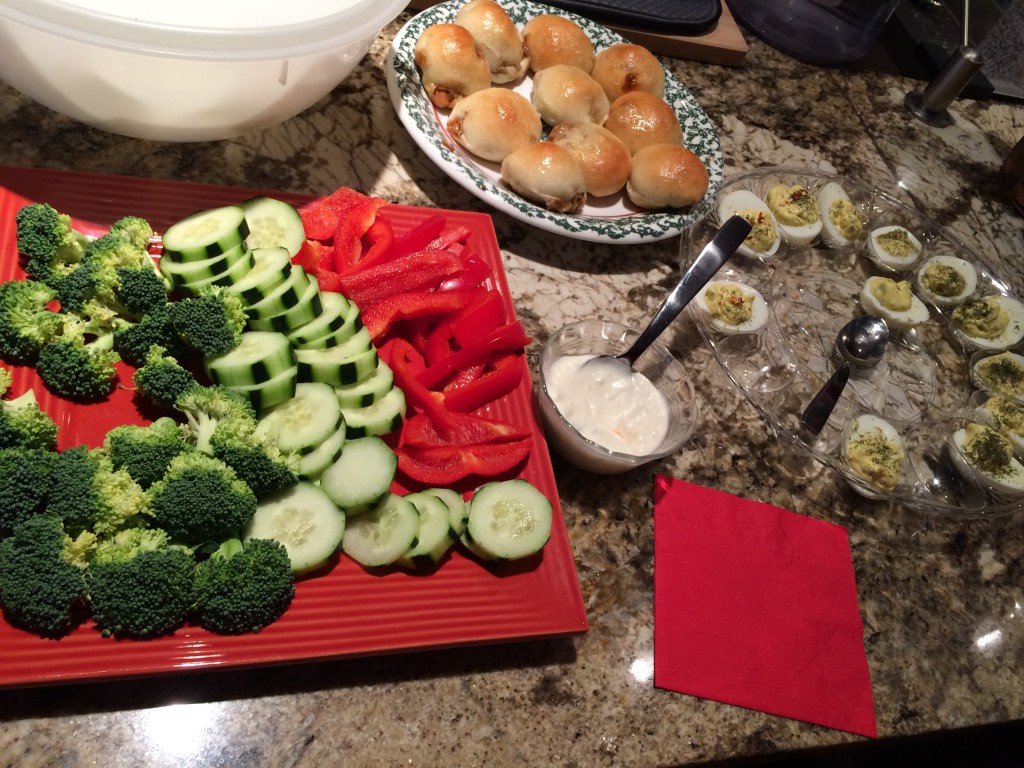 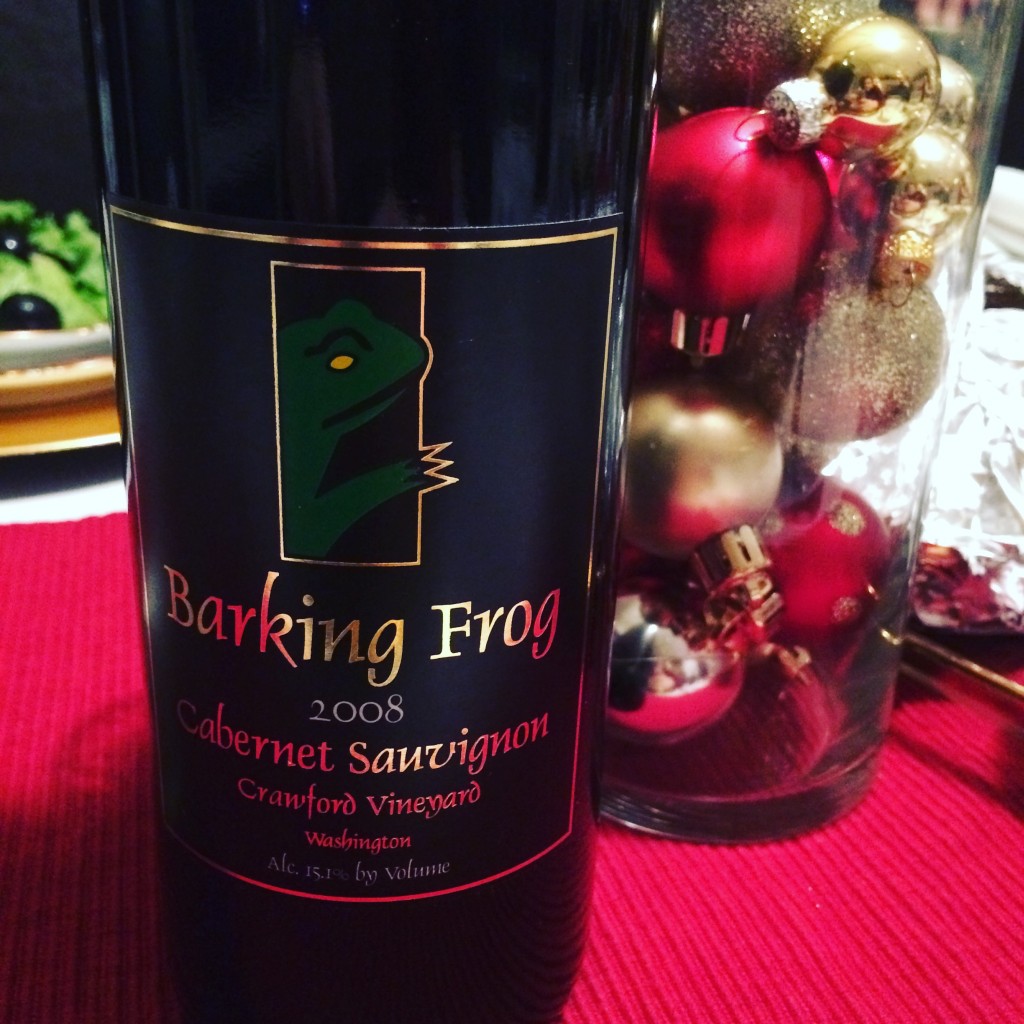 It was a very full day but it was nice that we got to see everyone and spend time with them. I got to talk to my brother on the phone for awhile and that was good, too. Maybe one of these years we’ll all be together for Christmas. Who knows, things might look very different next year! 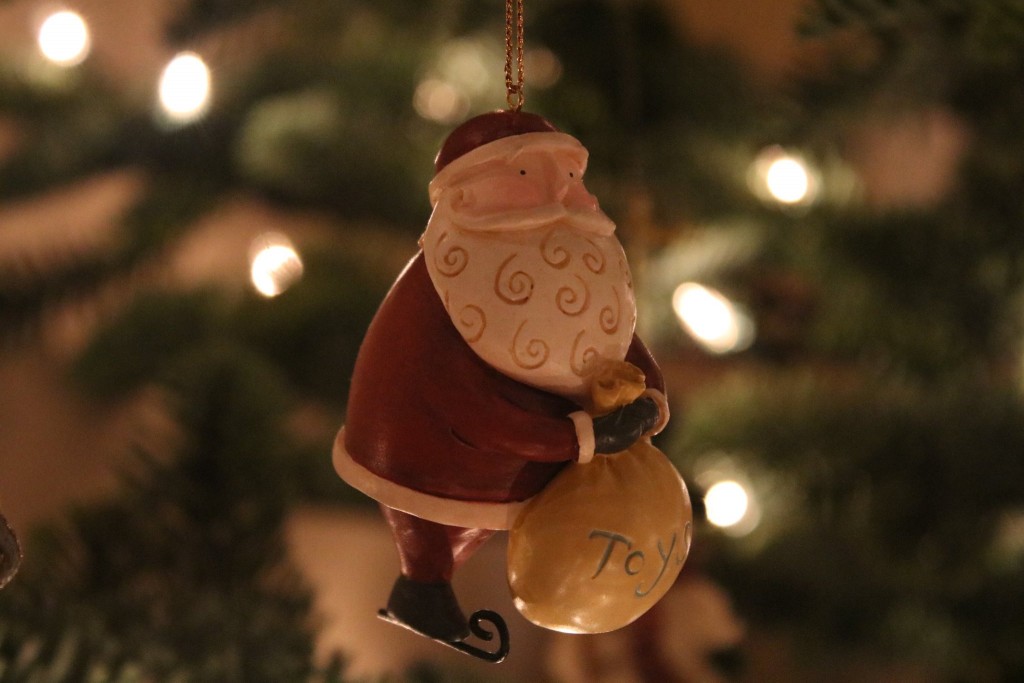 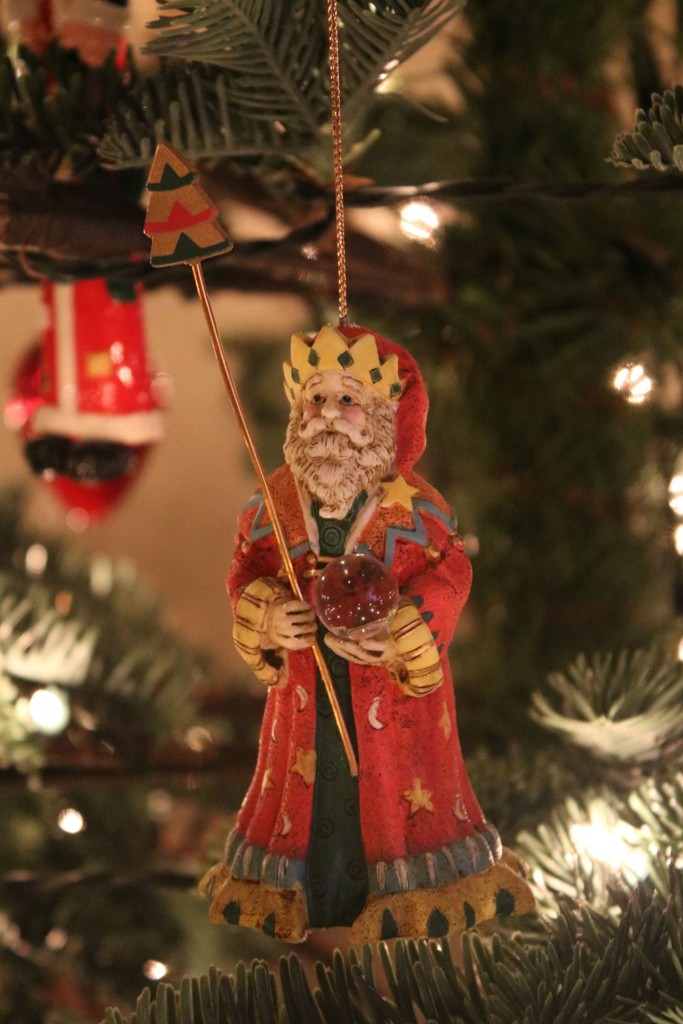 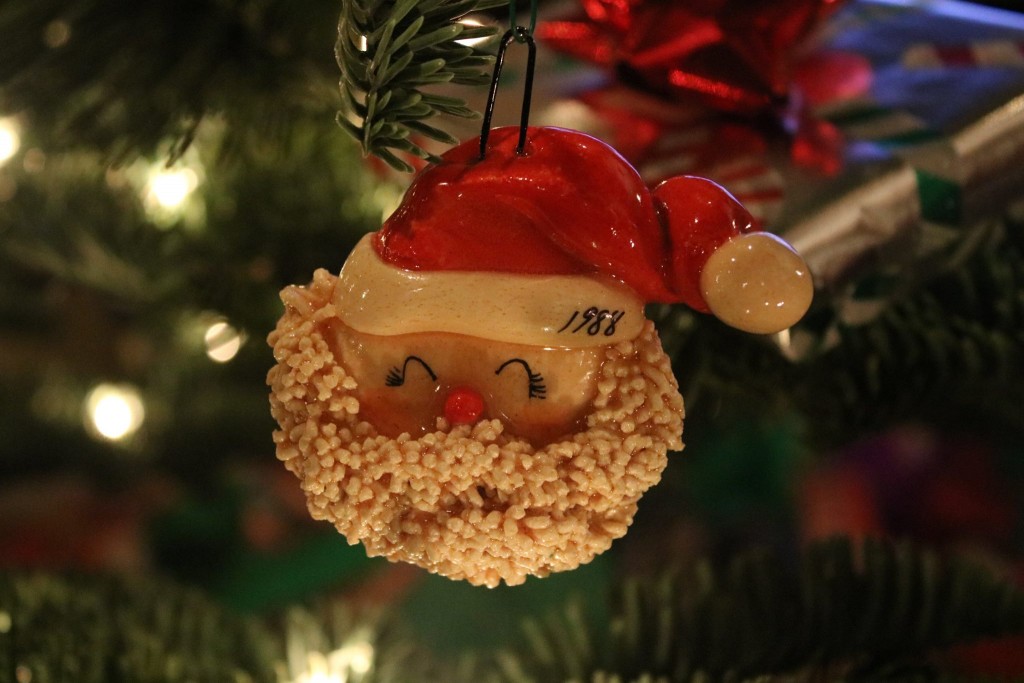 Saturday evening Michael and I went out with another couple for dinner. Michael had been planning a big group dinner with some of his childhood friends and in the end it was just the four of us, which was nice! Much more intimate and it was nice to catch up with friends we wish we saw more than a few times a year–especially since it’s not like we live all that far from each other!

We went to East Burn for dinner. The three of them shared the goat cheese and prosciutto appetizer that looked really good: 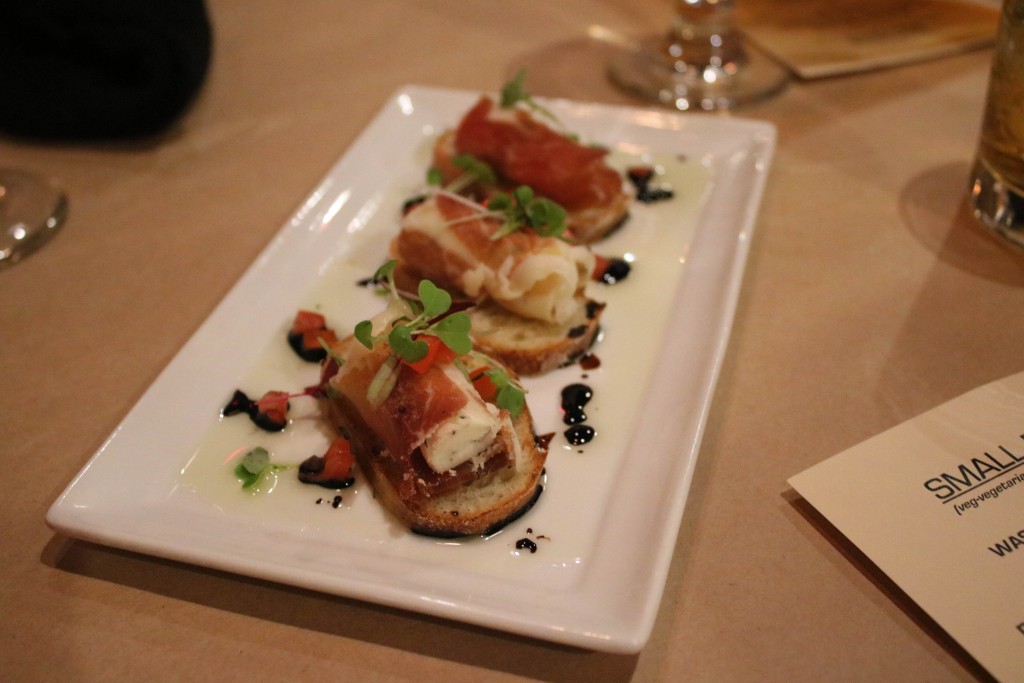 I wish I could have had some! For the entree Michael got the burger (I had a bite and it was quite tasty). I got the steelhead entree that was to die for. It was nestled on top of pumpkin risotto with cranberries. The dish sounded like it would be really sweet but it wasn’t. The pumpkin risotto was slightly sweet but tasted more like butternut squash than pumpkin and it was mild. The cranberries gave it a really nice, tart finish. There was brown sage butter drizzled on top and the steelhead was crispy and perfectly prepared. I LOVED my dish! 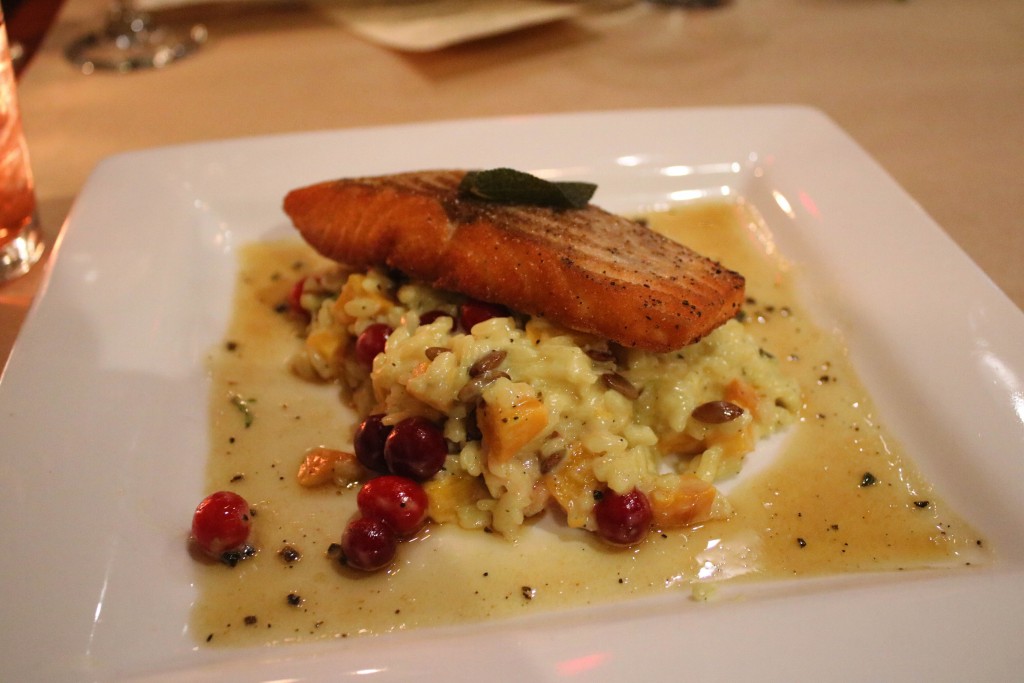 It was so so good! I wonder if I can recreate a dish like this at home… 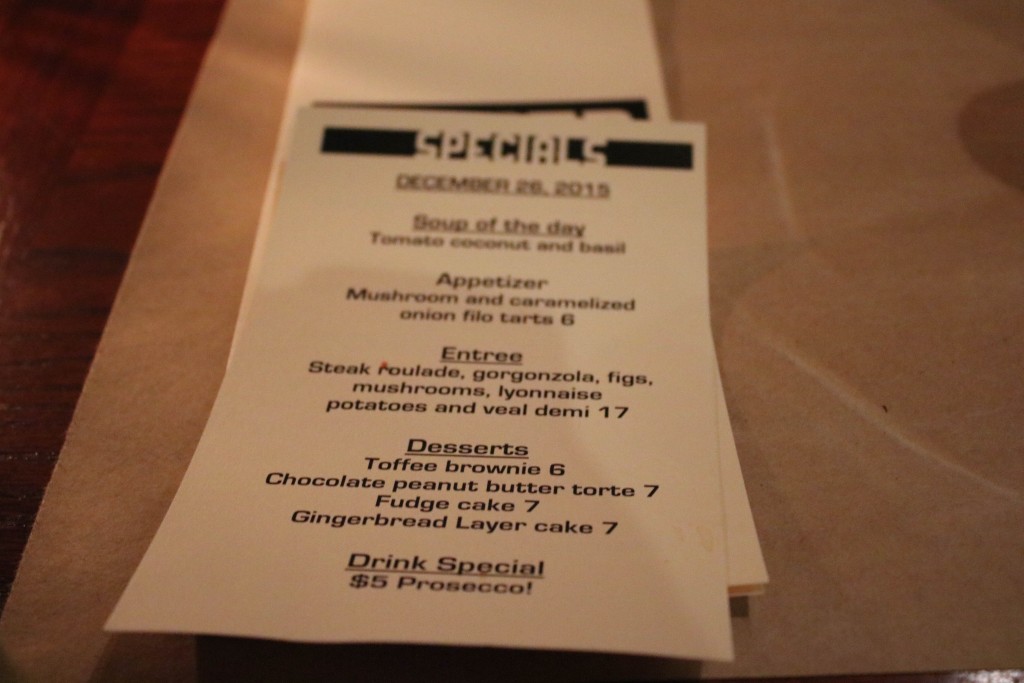 We decided to share a dessert–the Fudge cake. It was giant! Thank goodness we split it four ways. It was really thick and rich. 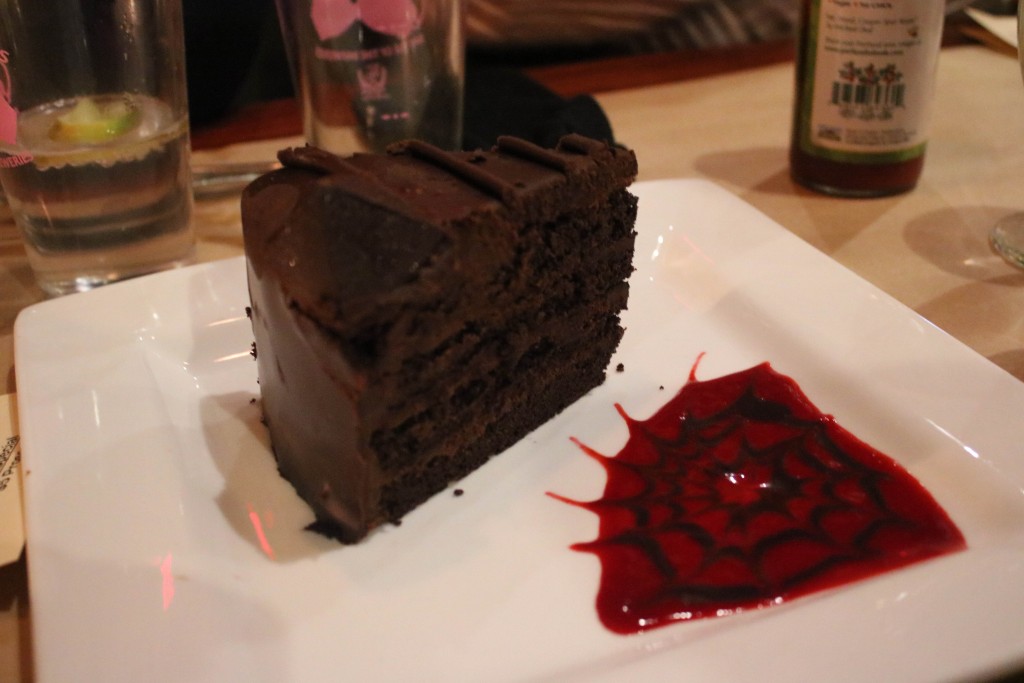 It was a nice evening and we spent a few hours hanging out with them, even after the food was done. It was also nice to pick their brains about birth and babies and such as they have two of their own. It was a decadent weekend!