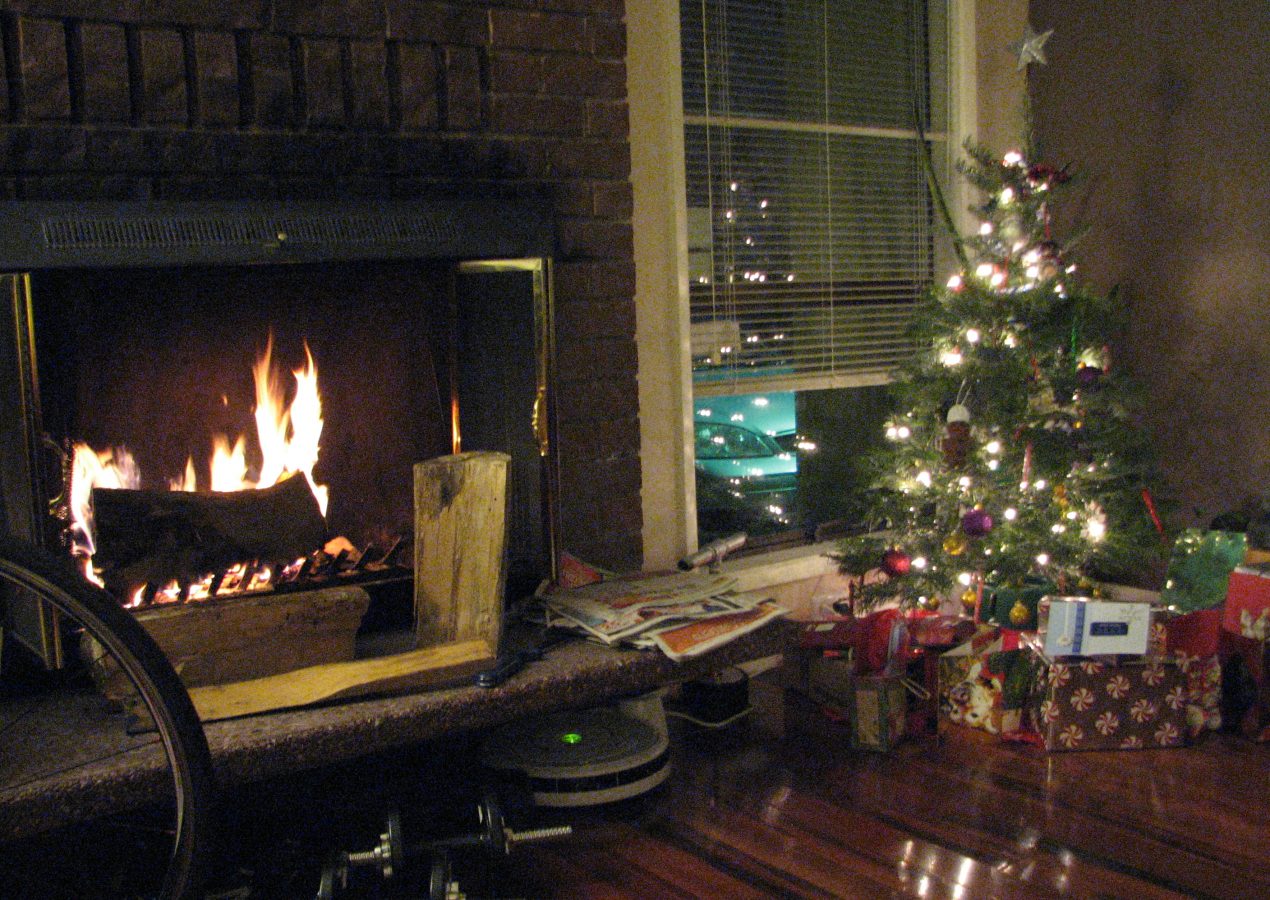 Ah, it’s that time of year again…when the gym becomes more crowded and people who obviously don’t know the etiquette of good gym behavior invade our space. Let’s all take a big, deep cleansing breath and hope they learn quickly to be polite. Despite the annoyances at the gym, I had a great sweat session. After my cardio I hit the free weights and did a bunch of circuit training including ab work, squats, triceps dips and lunges.

My gym now has a TRX thing set up. I’ve seen the infomercials but have never tried it before. It looks interesting for sure. Plus, they now have kettlebells! Yeah! I really liked the kettlebell workout I did at Christian’s gym and I gave it a go on Saturday. Loved it!

Good numbers! Saturday night Michael and I settled in to a relaxing evening with dinner and a movie. The movie: Harry Potter and the Half-Blood Prince. Dinner: homemade pizza!

The dough might have been a little deformed but it tasted great; that’s all that matters. Pepperoni, black olives and hot peppers on top, with fresh rosemary and garlic in the sauce. Michael also added oregano to the dough before mixing it. It was a tasty pizza. Michael also used his new pizza cutter that he got in his work’s white elephant exchange. Pretty nice gift!

We settled in to watch Harry Potter while we ate dinner. Michael built a fire in the fireplace (don’t you just love the bike photobombing my picture?) and I turned on the Christmas tree lights. It was a great Saturday night.

I also indulged in a seasonal treat: eggnog. I bought a small carton of eggnog at the store this week and I’ve been waiting ALL week to open it! I measured out 1/2 cup of the eggnog (a serving size) and added some fat-free milk to dilute it a bit (eggnog by itself is a little too thick for me). I added a bit of spiced rum and had the perfect Christmas drink.

The thing with eggnog for me is that I can usually only enjoy one glass of it. The calories just aren’t worth it to me and drinking more than one means I won’t enjoy it as much. So one is enough. Besides, I might have made some cookies too and wanted to eat dessert….

I’m kinda bummed at how the Harry Potter movie ended. I won’t spoil it for anyone else that is late to the game (like me) but it was sad. I know from a storyteller’s point of view it had to happen that way because Harry Potter needs to leave his mentor behind and find his way on his own–become a man, a hero, etc. But still!

When I woke up Sunday morning, I had Fat Kitty purring next to my face and Michael brought me breakfast in bed:

A pancake and bacon. What a way to start the morning right. 🙂