I mentioned earlier that I was going on vacation; I went to Tucson for a friend’s wedding. 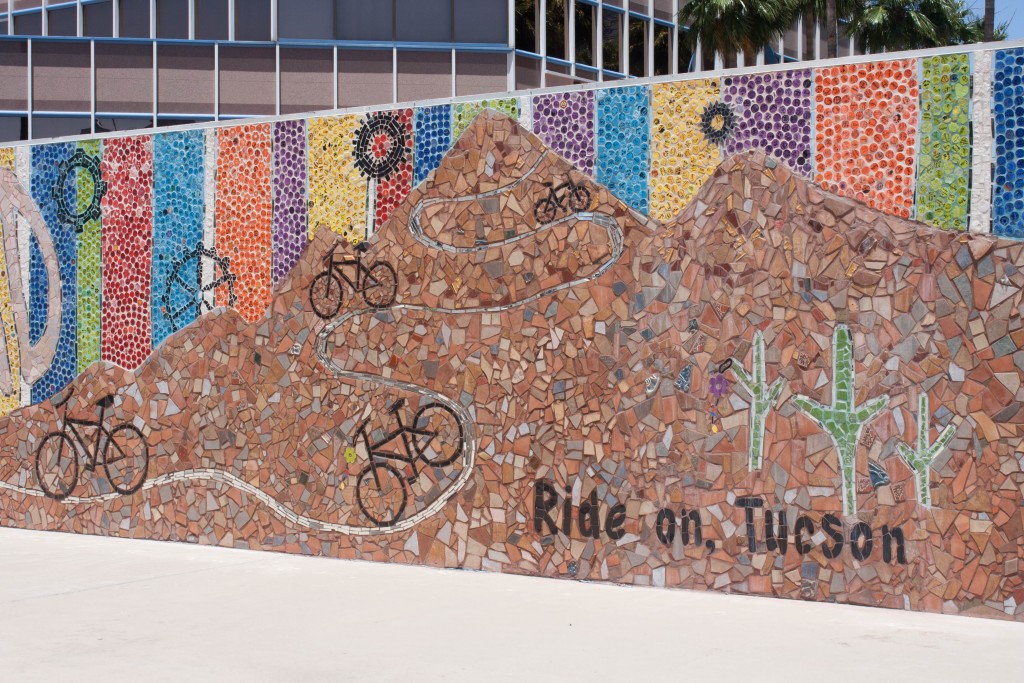 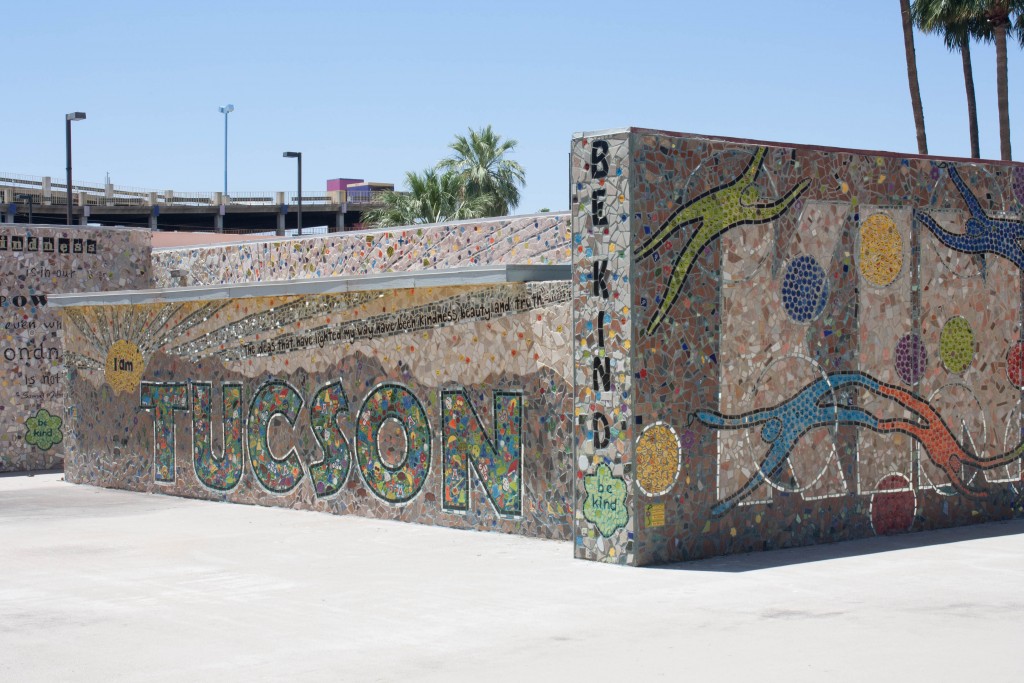 Unfortunately Michael wasn’t able to go with me but my cousin Anna was up for a girl’s trip so that was good! We flew out of Portland early Friday morning for the holiday weekend and went up to Seattle (a quick 45 min flight), waited less than an hour for our flight from Seattle and then we were in sunny Tucson! The bummer? It was REALLY windy that day and the turbulence was truly awful. Nothing like feeling like you are dropping out the sky for 30 minutes to think “oh my god we’re going to die”…

We checked into our hotel, the Marriott right by the University–which I really recommend. It was a great location, right on the street car line (only cost $4 for a 24 hour ticket and the street car runs every 15 minutes), the hotel was pretty cool and our room was huge and had a balcony with a view. The interior of the hotel was also pretty cool looking: 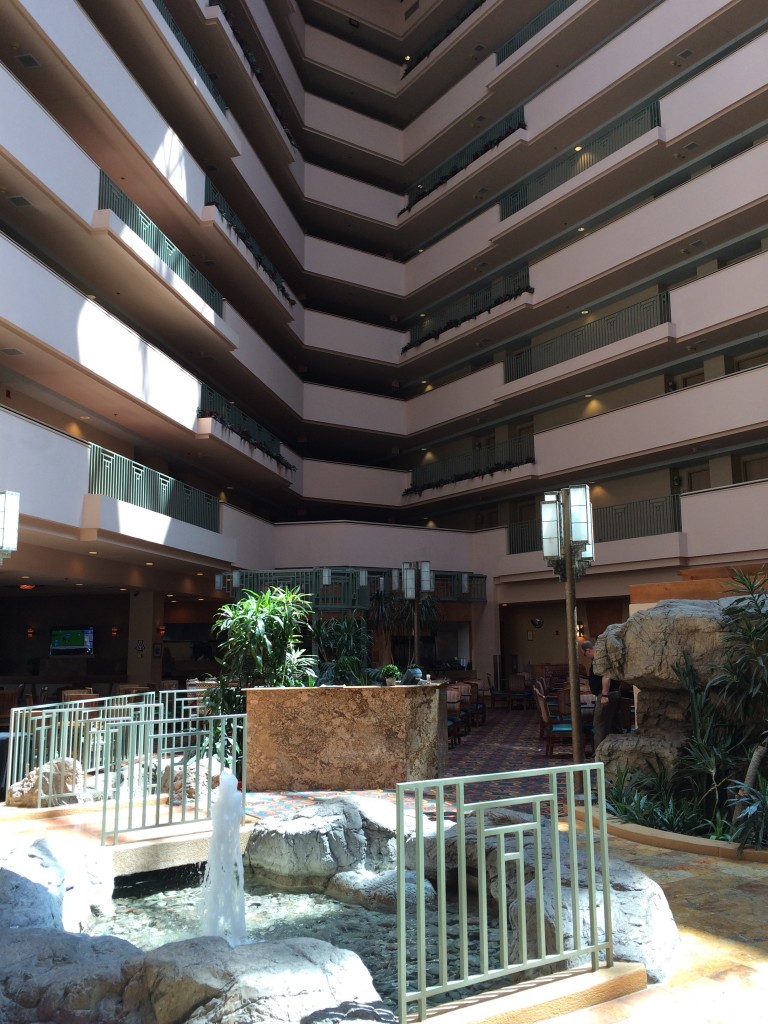 Our food schedule was a little screwy because of traveling. It was Friday afternoon, too early for dinner, too late for lunch. We stopped into Gentle Ben’s Brewing because it was right by the hotel and had outdoor seating. It was decent pub food. We split a salad and the giant pretzel and we each got a glass of wine while we tried to shake off the turbulent travel jitters and just relax a little. 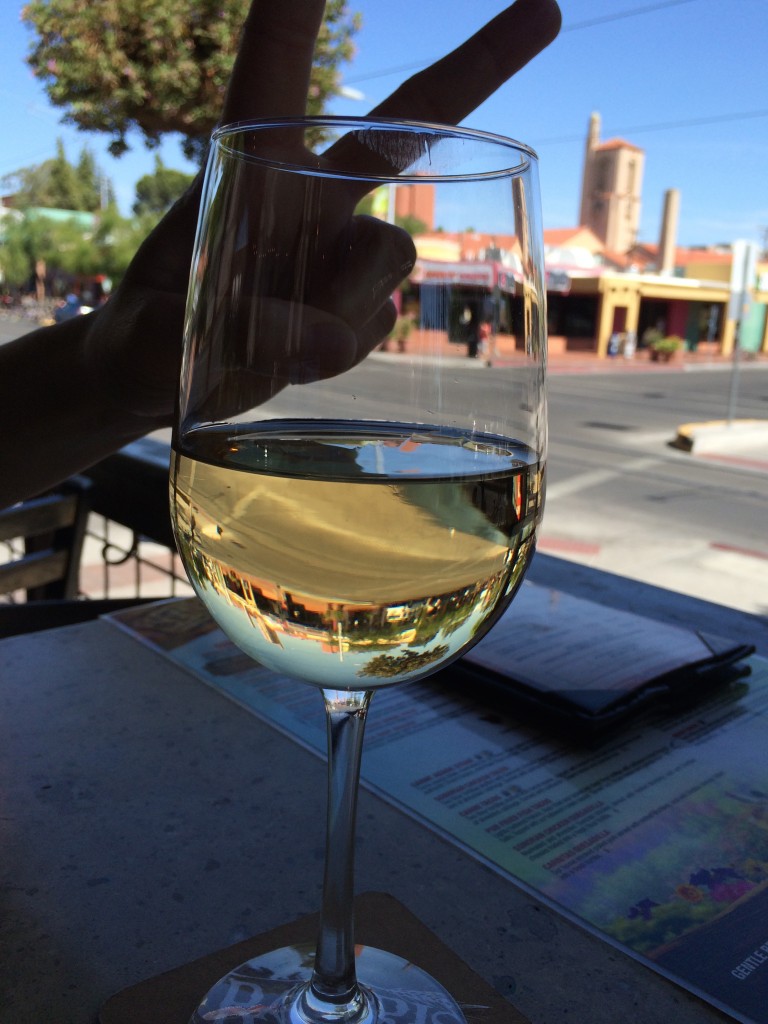 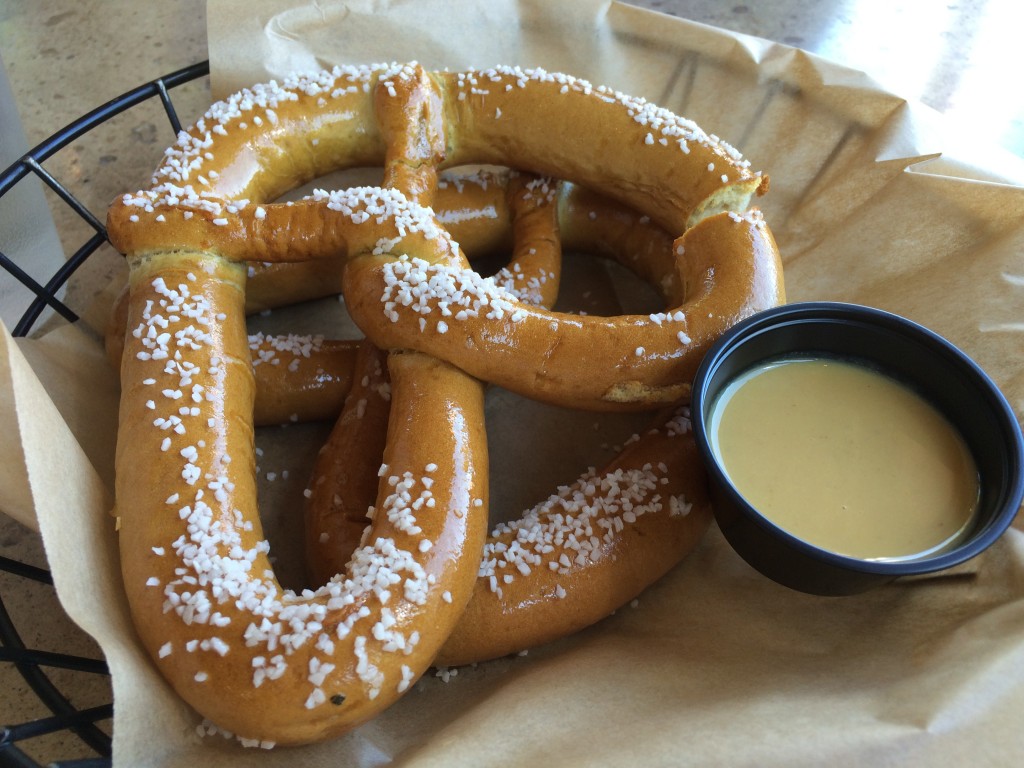 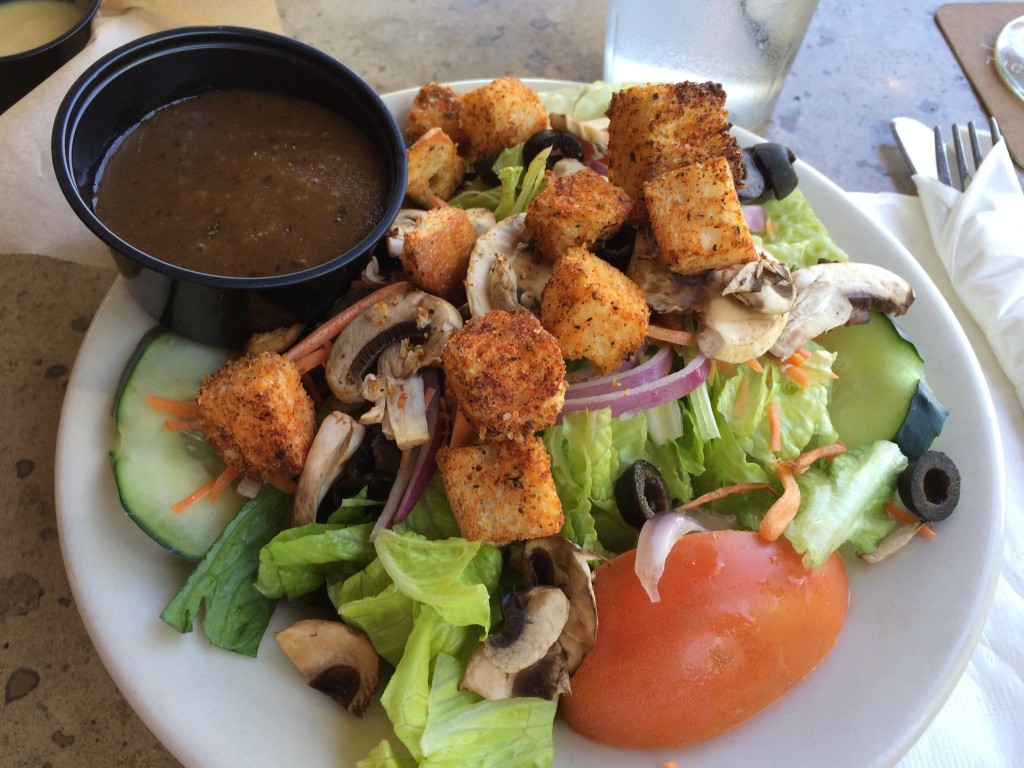 We had some time to kill before our evening plans so after that we walked around the University shops and did a little sightseeing. 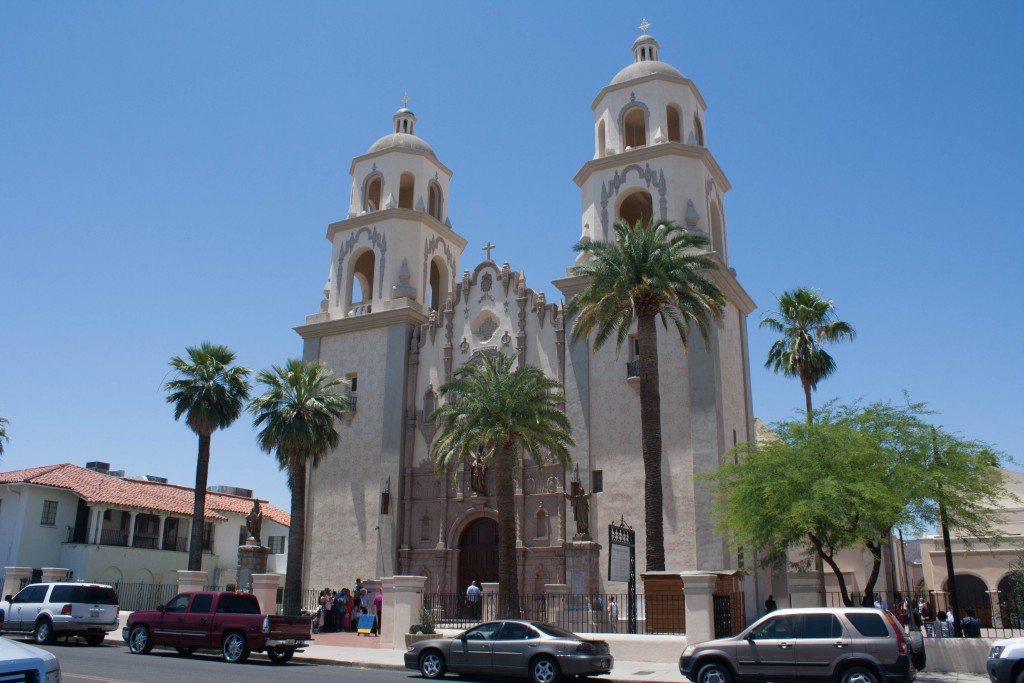 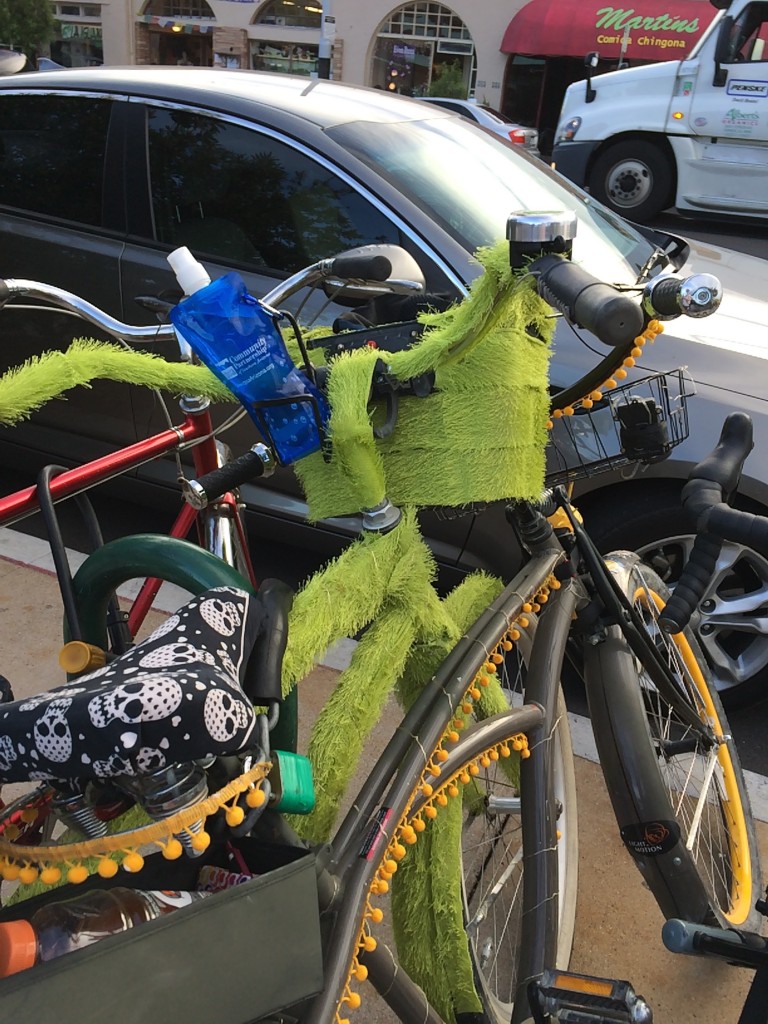 Anna wanted to take a nap (she wasn’t feeling well) and so I went down to the hotel pool to do some swimming. The wind had scared everyone off so I had the pool to myself. It was a small pool but large enough to swim some laps. I did about a mile, maybe a little less, in 40 minutes. Then went back up to the room to shower and change for the evening. 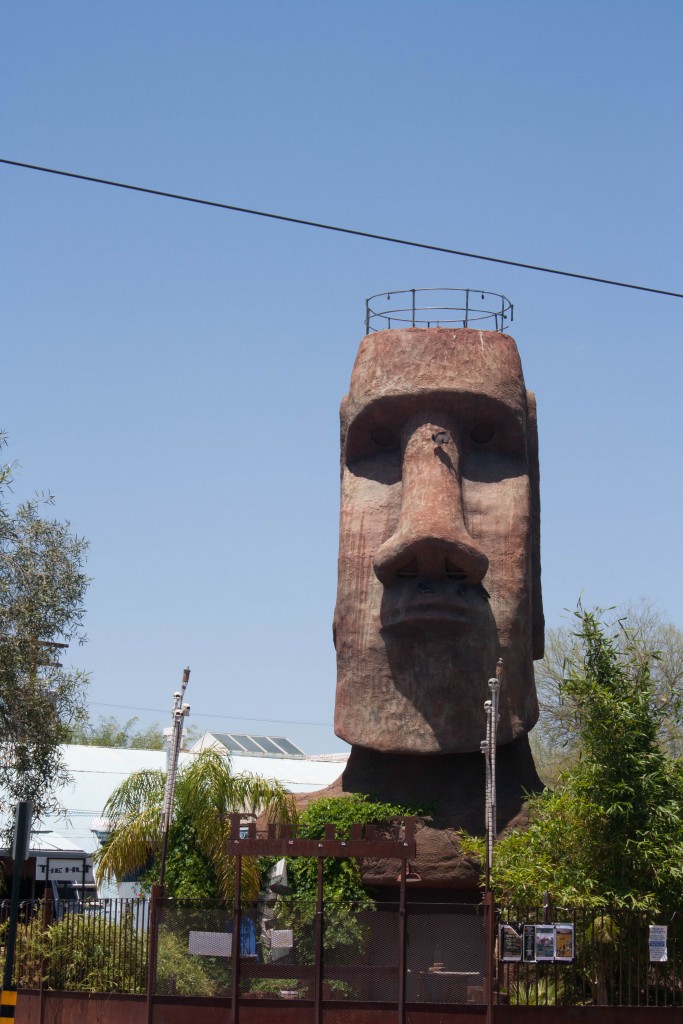 My friend Christine was getting married to her fiance Jeremy and they were hosting a post-rehearsal dinner drink event at Reilly Craft. Anna and I ended up taking a cab there because we didn’t know the area well enough yet to risk exploring at night in heels.

Reilly was SO COOL. What an awesome place! If you’re ever in Tucson you have to check this place out. We wanted to go back later that weekend and really explore it but never got the chance. Dang it! 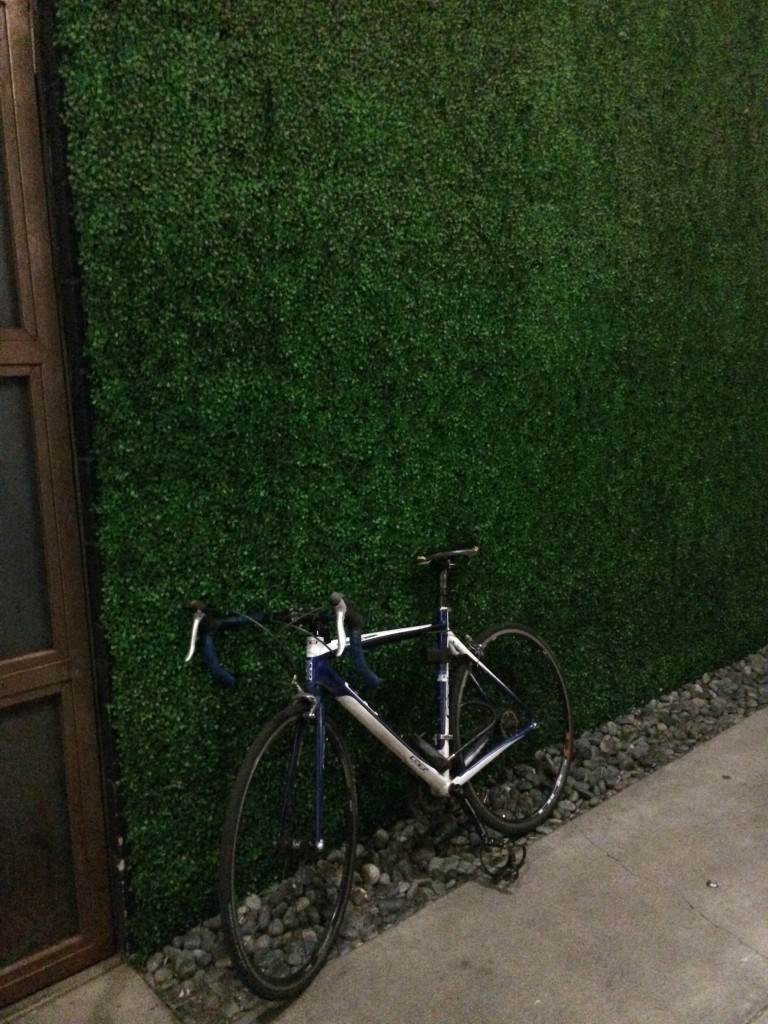 Okay so Reilly is in a building that was apparently an old mortuary. The place is huge. You walk in to a super modern restaurant with high ceilings and exposed beams and brick and a chic white marble bar. Then you walk outside to the alley way and there is a super cool space with picnic benches, fake grass on the walls and ground, exposed brick and romantic lights. 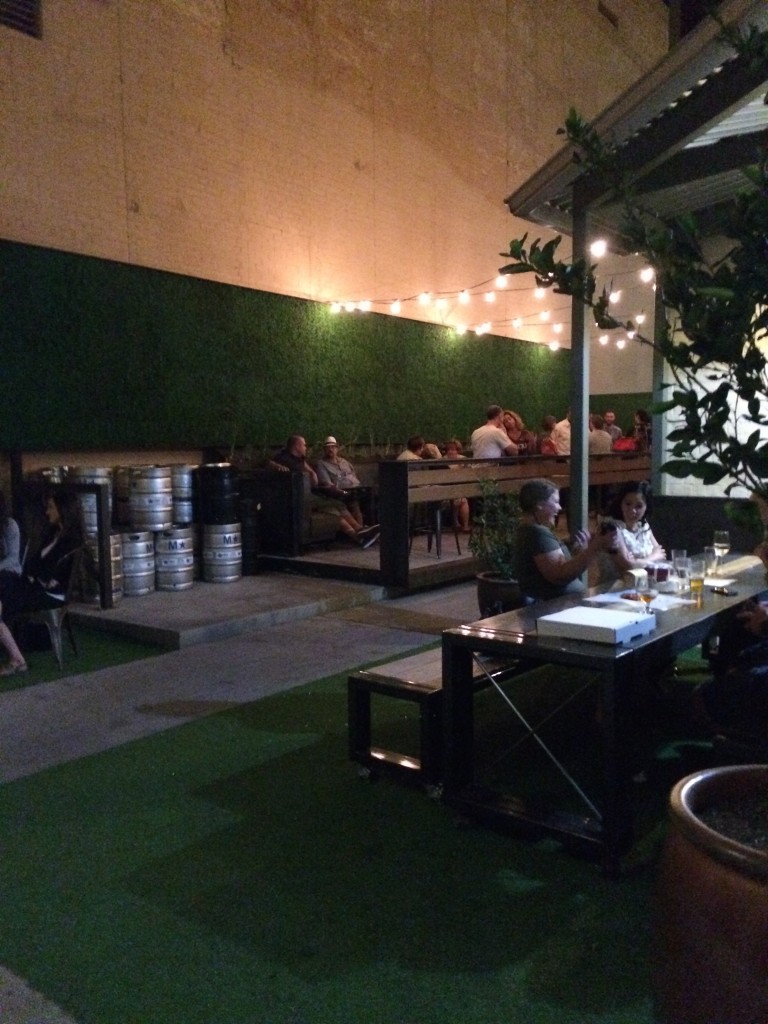 Then you walk to the beer garden, that is inside but completely open without walls. It had such an awesome vibe and I’m bummed we didn’t get a chance to explore the basement cocktail lounge! 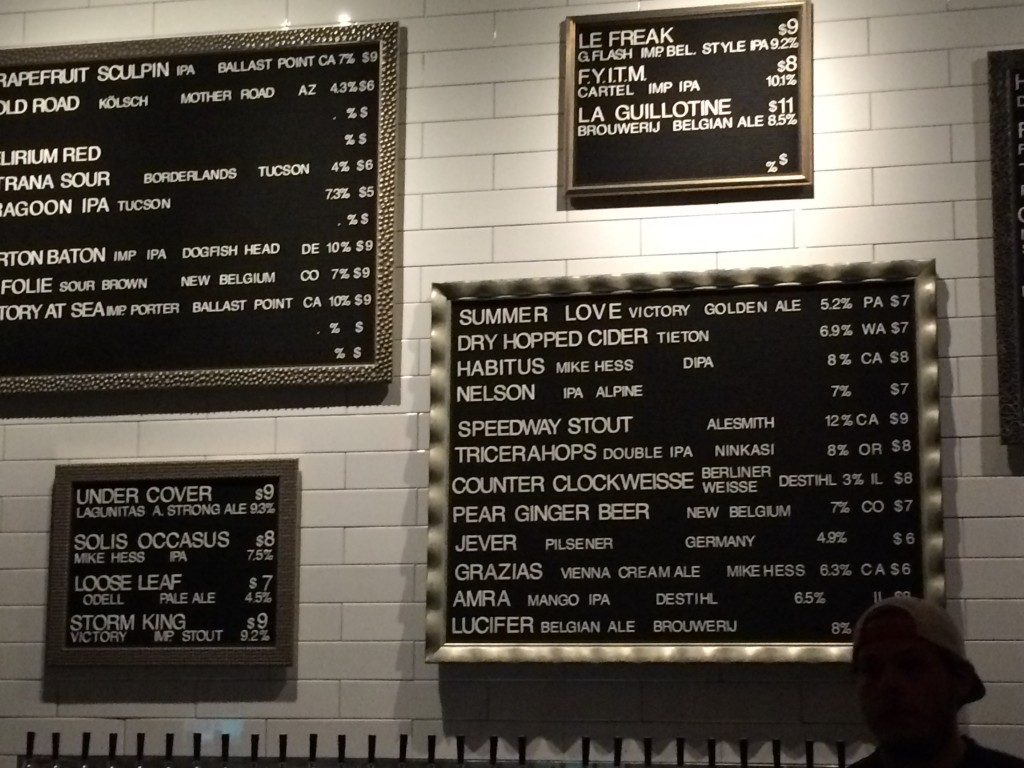 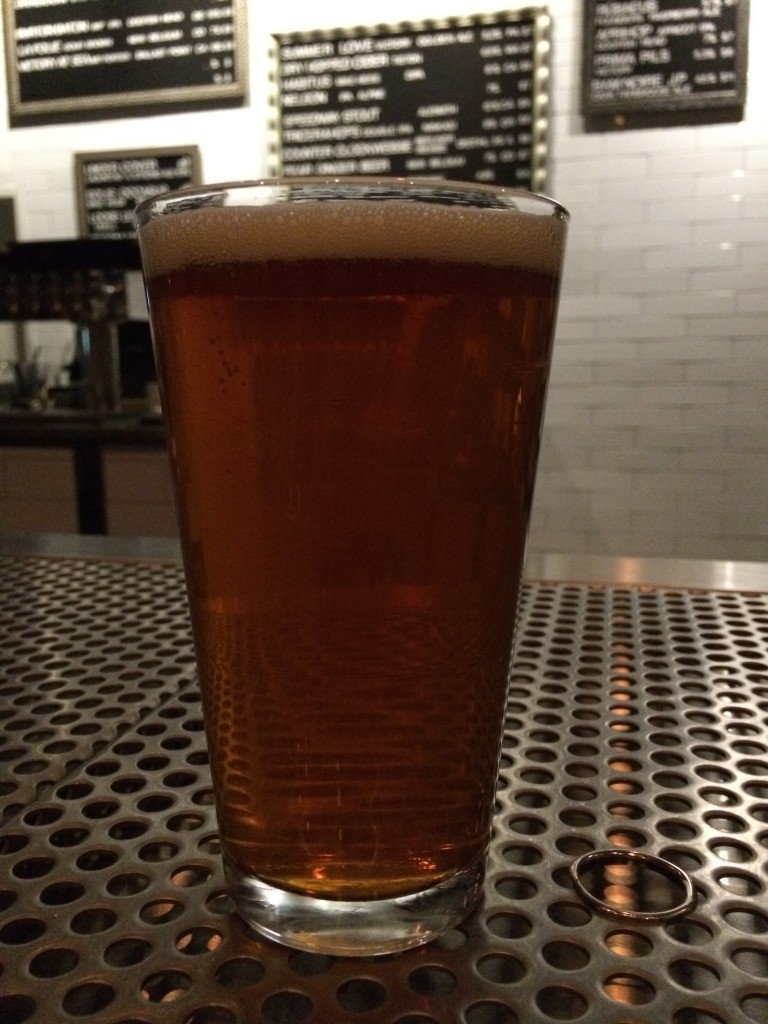 Anna and I ordered something small for dinner. I got the Ninkasi Tricerahops beer (beer from home) and probably one of the best salads I’ve ever had. Delicious greens with chicken, cranberries, some kind of toffee brittle, chopped green apple and goat cheese. It was divine and it hit the spot. Anna got the meatballs (I had one). They were really good. This place was excellent and I highly recommend it! 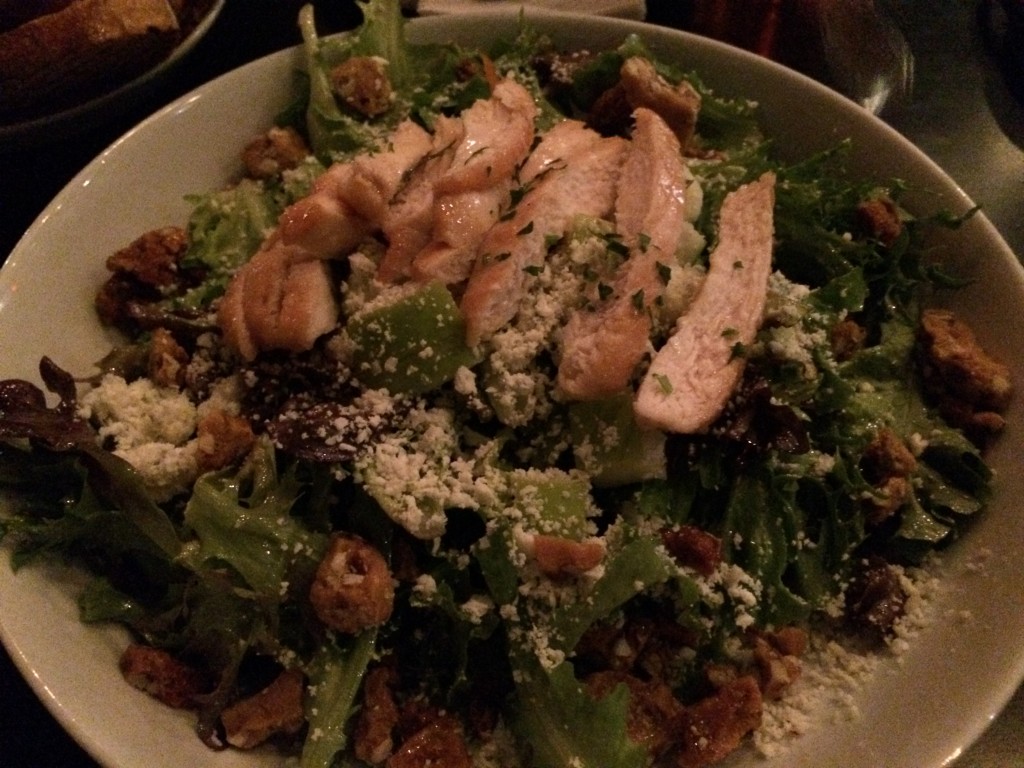 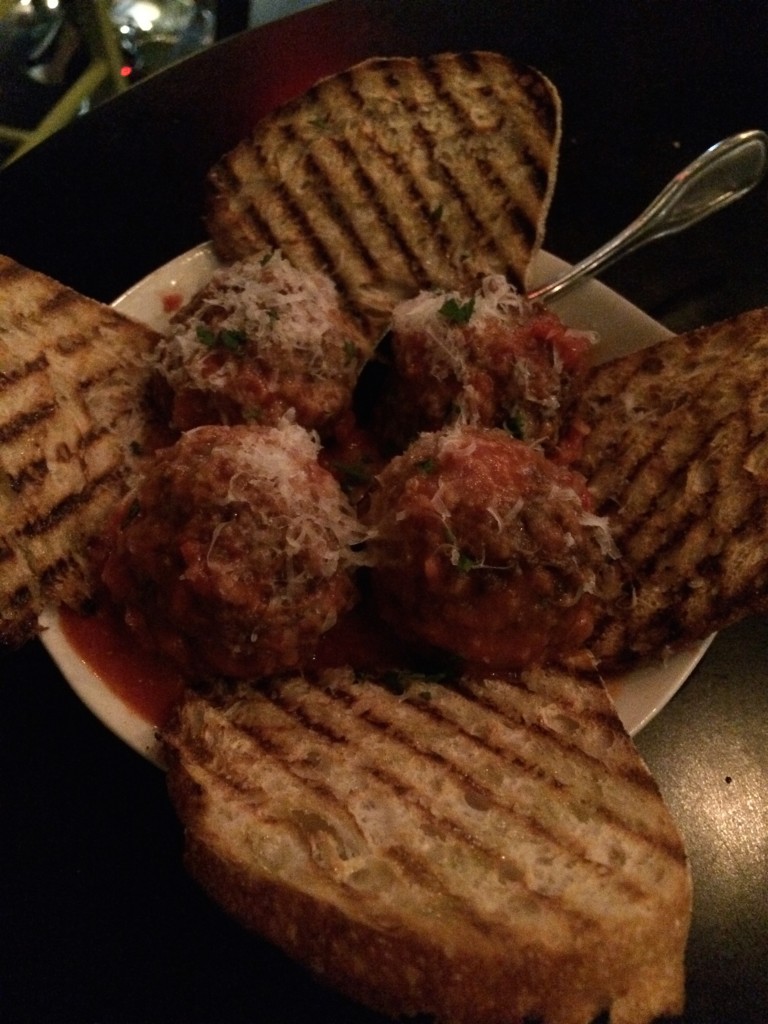 We chatted with the bride and groom a bit and then decided to head back to the hotel. 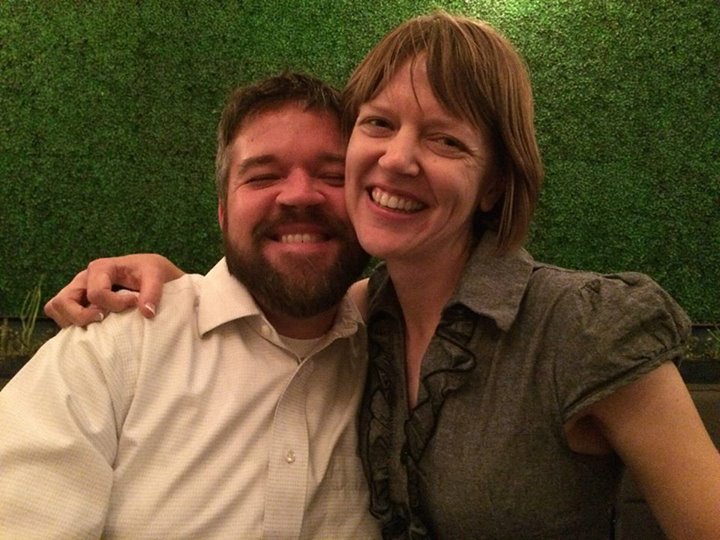 This time we were able to figure out the street car (it was like 2 blocks away) and took that back. We ended up using it for most of our trip and it worked well. 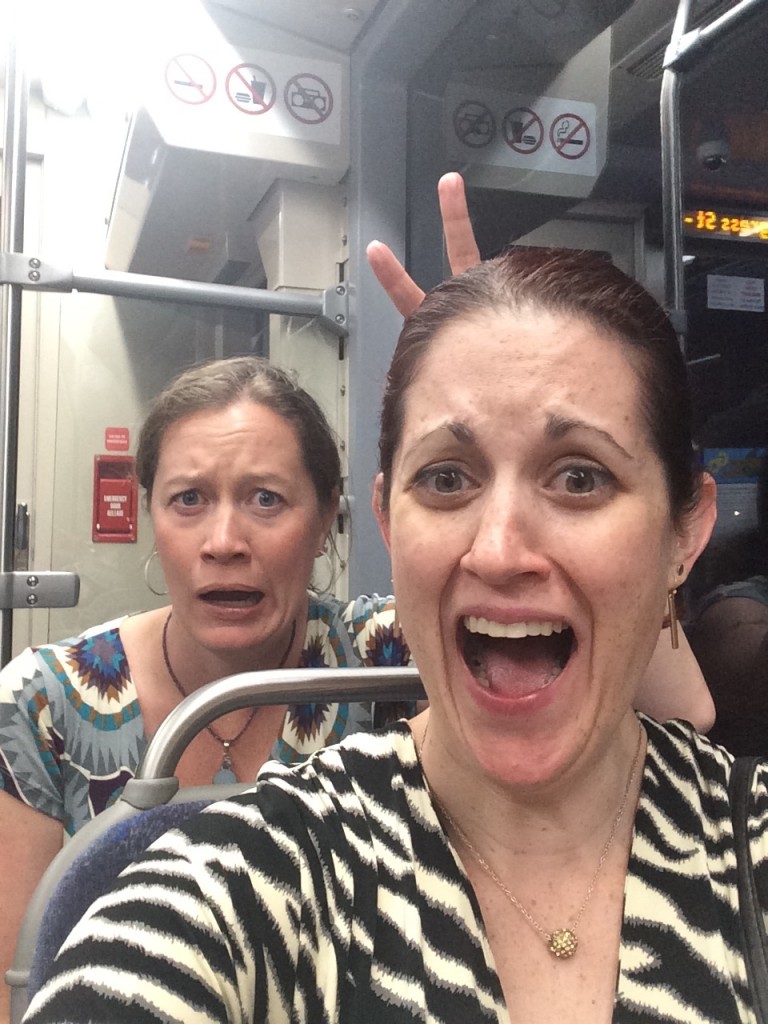 Saturday we took it pretty easy. We had the wedding to go to in the evening. We slept in and then I went to the hotel gym for a workout. For some reason I just could not get my heart rate up (no idea why) but I was glad I got some exercise in! 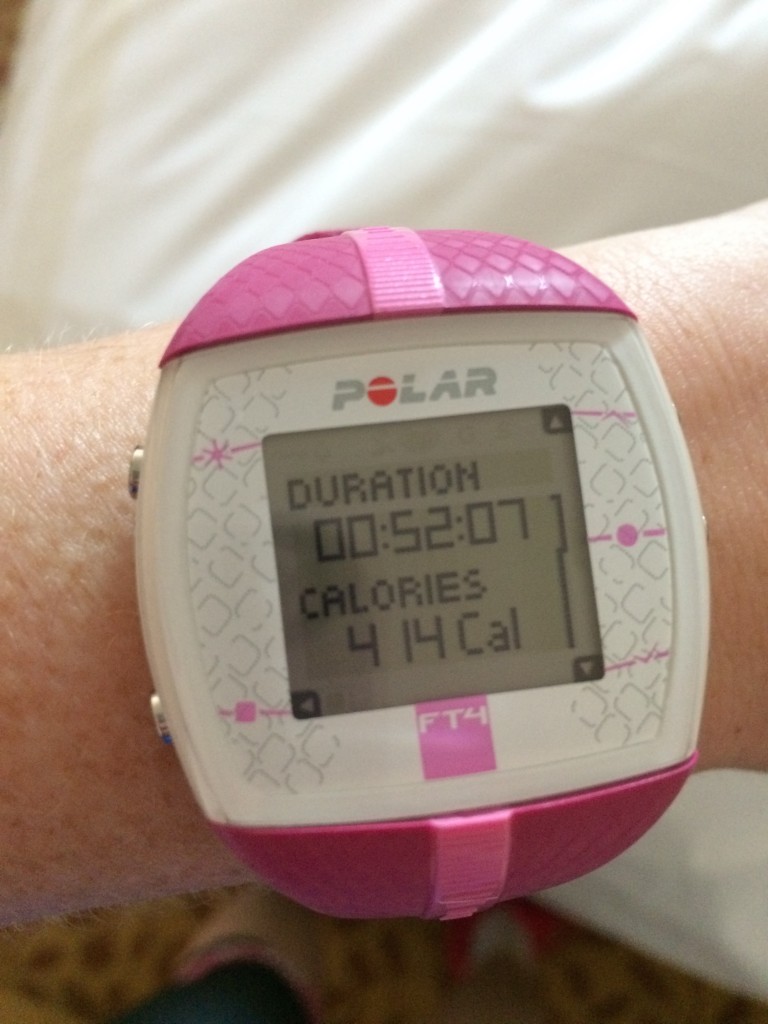 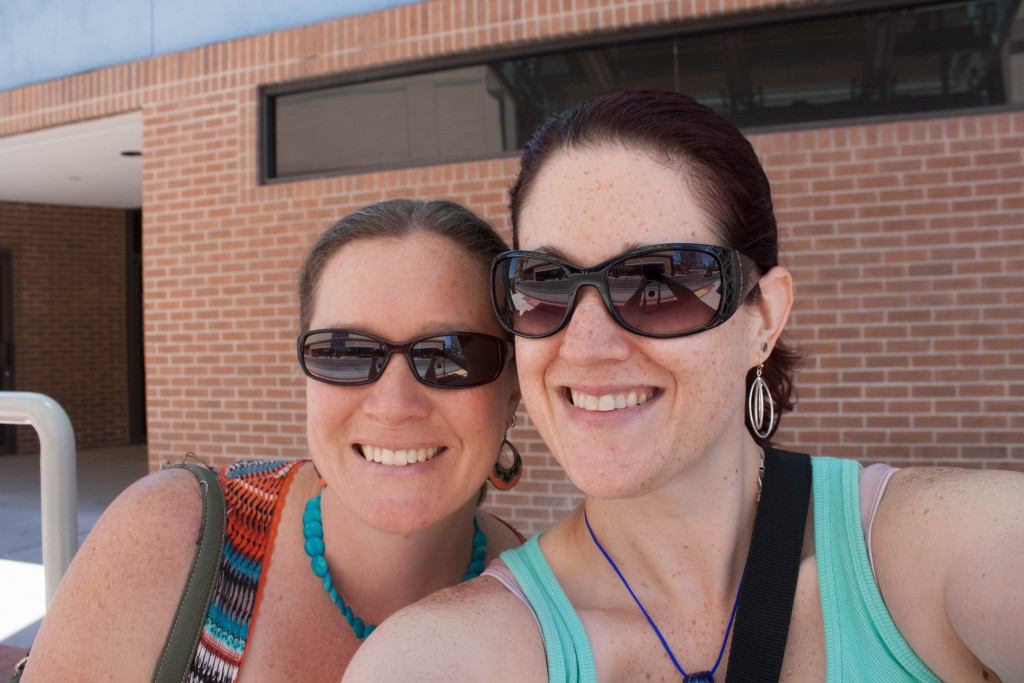 We decided to check out a local place for breakfast and took the street car to downtown (about 10-15 min away) to go to Nook. The restaurant was super cute–very modern and chic. We ended up sitting outside because HELL YEAH. We’re not in Oregon anymore! I LOVED that most everywhere in Tucson had outdoor seating. 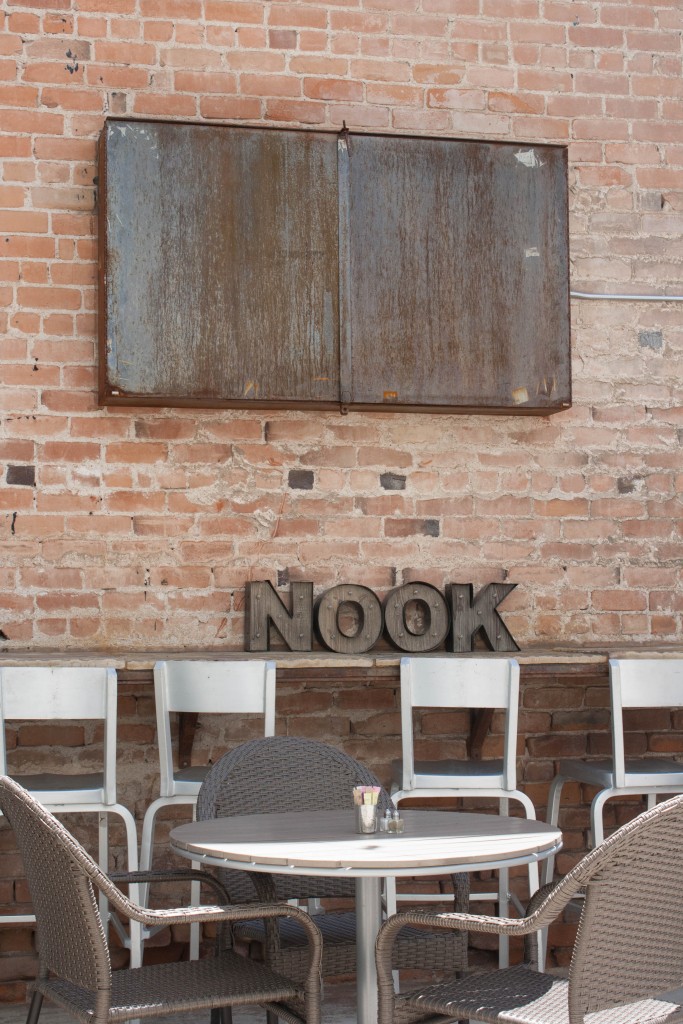 The outside patio was enchanting. It had Christmas lights, bistro tables with umbrellas (if you wanted them), big comfy outdoor couches, and there were a few hummingbirds flitting around the garden area. 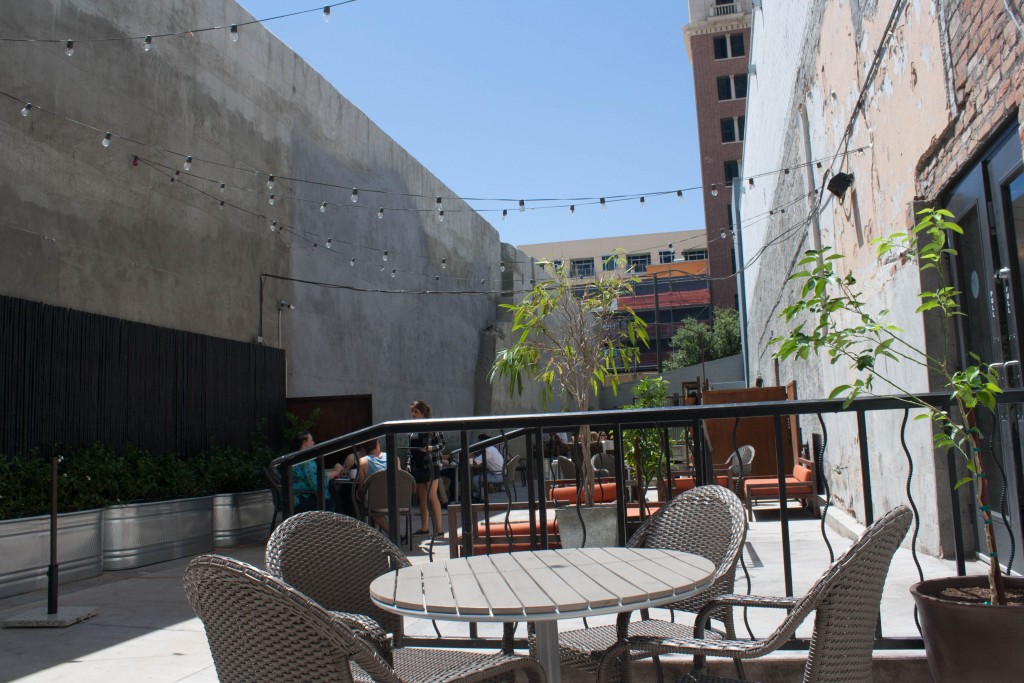 I got the BLTE: bacon over medium egg, arugula, tomato jam in housemade crumpet. It came with cottage cheese and Anna and I split a side order of fruit. It was one of the best breakfasts I’ve ever had. It was messy and gooey and the egg dripped on everything but it was to die for and I could have licked the plate it was so good! Their tropical iced tea was fantastic. 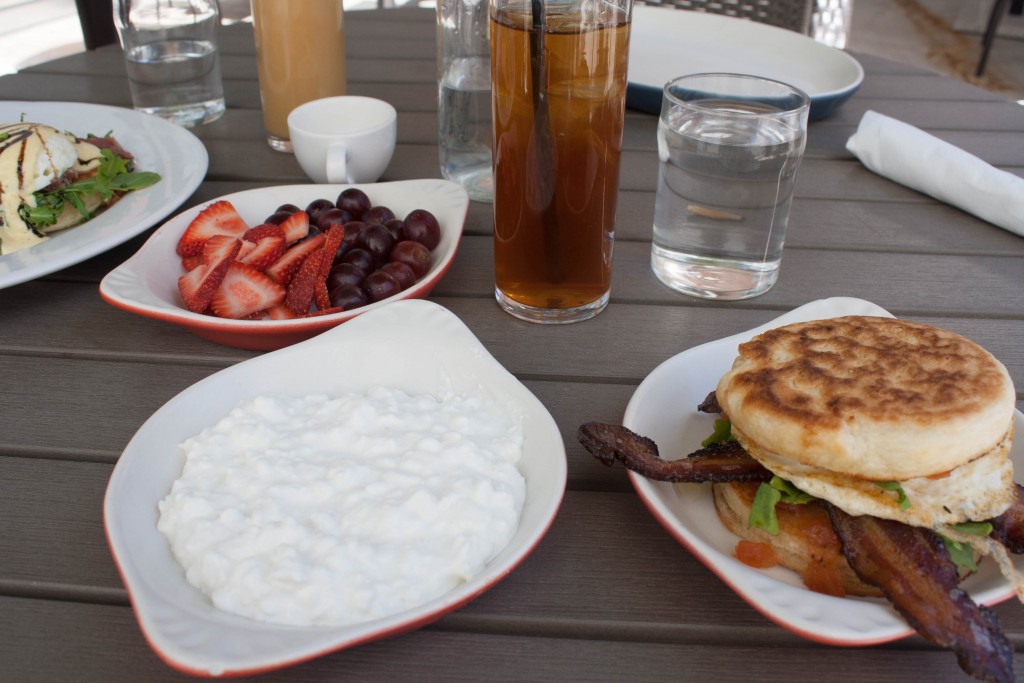 Anna got The Godfather Benedict: crumpet, prosciutto, arugula, poached egg, hollandaise, balsamic drizzle. I had a bite and holy cow was it amazing! She won at breakfast. 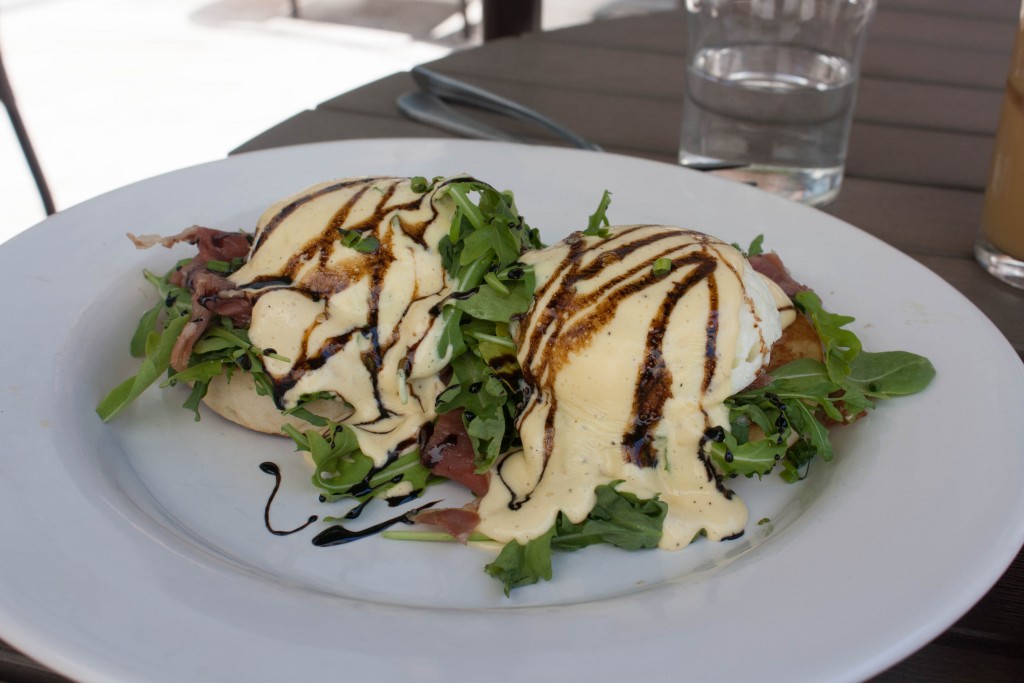 We spent the rest of the day walking around 4th Street. It was a trendy area with bars, shops and restaurants. I’ll write more about that later. We did stop in for a “lunch” beverage. 🙂 Vodka and pineapple juice at the Surly Wench. 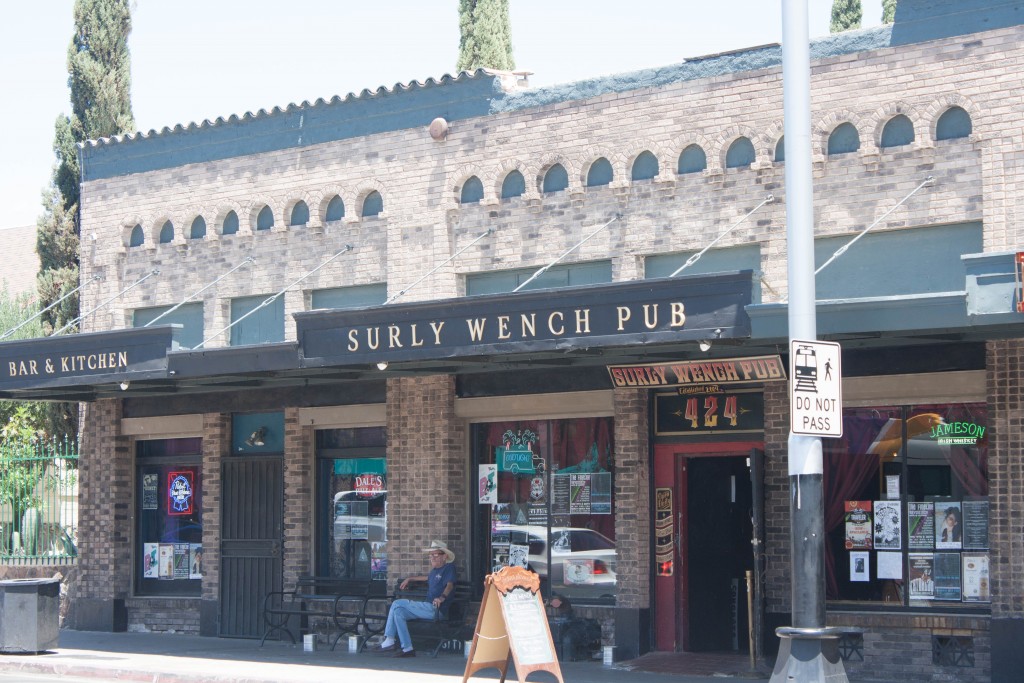 Finally, back to the hotel where we spent the next three hours poolside lounging, reading, napping, relaxing in the sunshine! 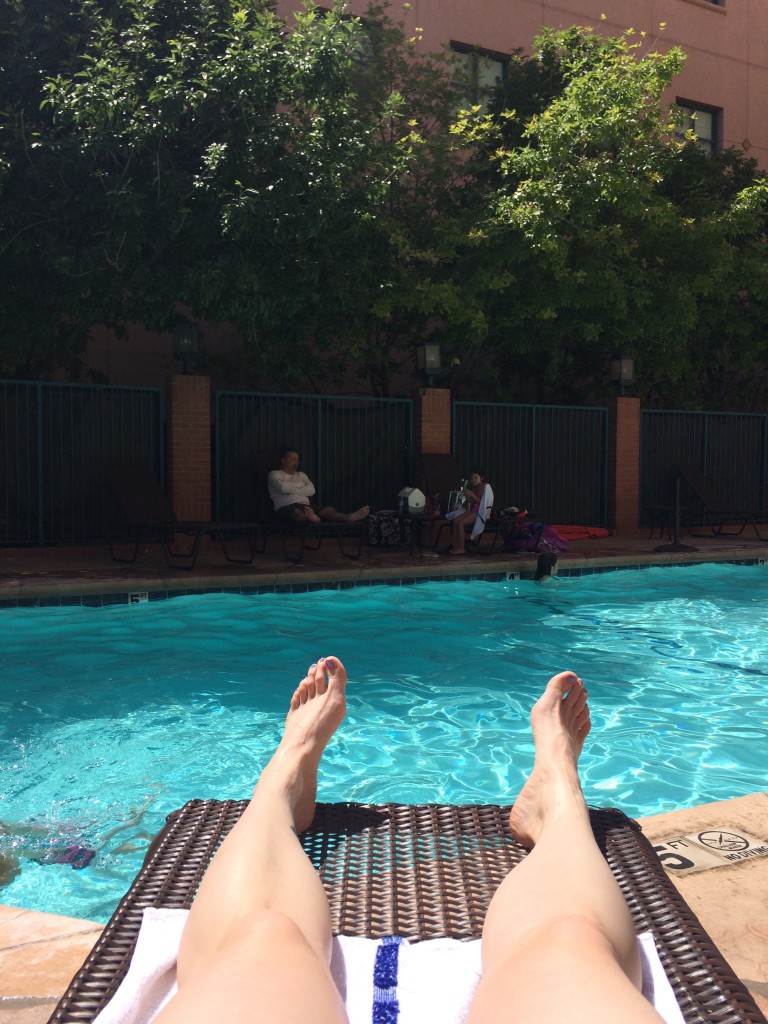