Busy weekend! Friday I went back to work. Then Saturday I went to the gym and ran 1.75 miles on the treadmill. It was 100+ degrees in Portland this weekend (TOO HOT) so it was nice to be in a cool gym.

Getting back into running is going slowly. Some days I feel great when I run, some days it feels like my body is just not ready yet. This particular run felt great and I amped it up a bit. Instead of jogging/running for 90 seconds, then walking for a 60 seconds, rinse repeat…I was running for three minute intervals and walking for one minute. It felt great and I was happy that I was able to go that long after such a long break.

Then I did about 15 minutes on the stairmaster and finished up with some weight lifting. 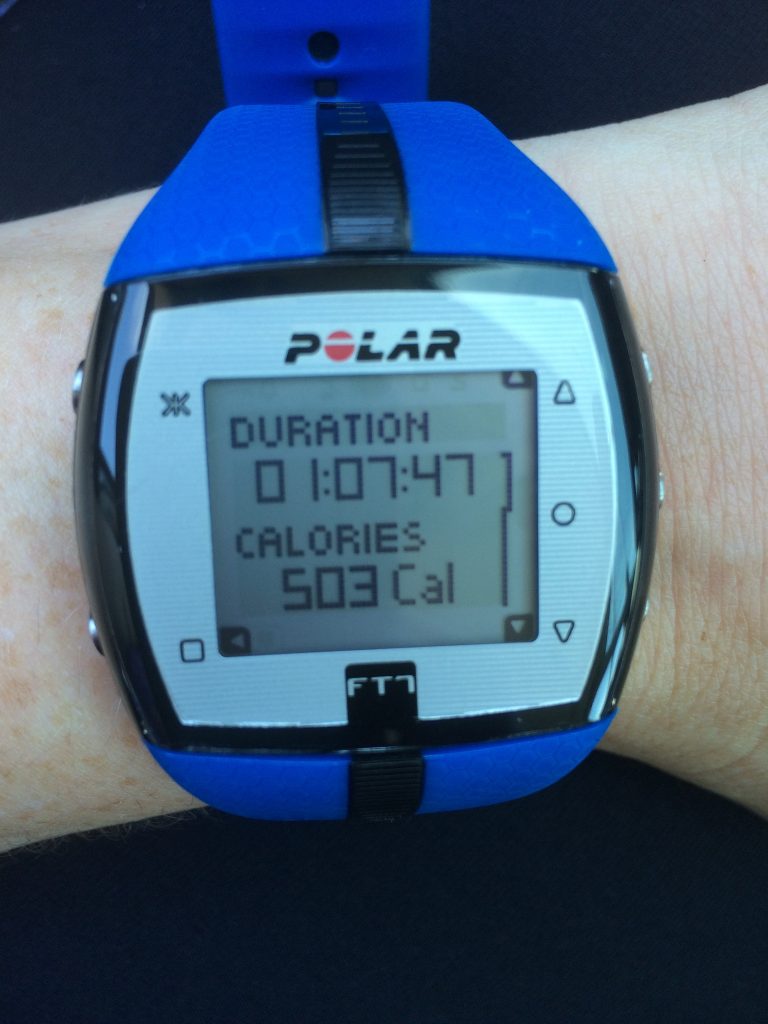 It was a good workout. The bad news is that sometime in the last 5 days I did something to screw up my back. I’m not sure what it is but Saturday it felt really, really aggravated. I don’t know if I strained it picking up the baby so many times, or if doing the ab machines at the gym did it, or if it’s a flare up of my bulging disc issue I had last March…but it sucks. UGH! Really poor timing for a back injury. 🙁

Anyways, Saturday afternoon we drove out to Hillsboro (about an hour drive from our house) to go to a birthday party. It was a friend’s daughter’s FIRST birthday! So cute and so much fun. Logan got all dressed up for it: 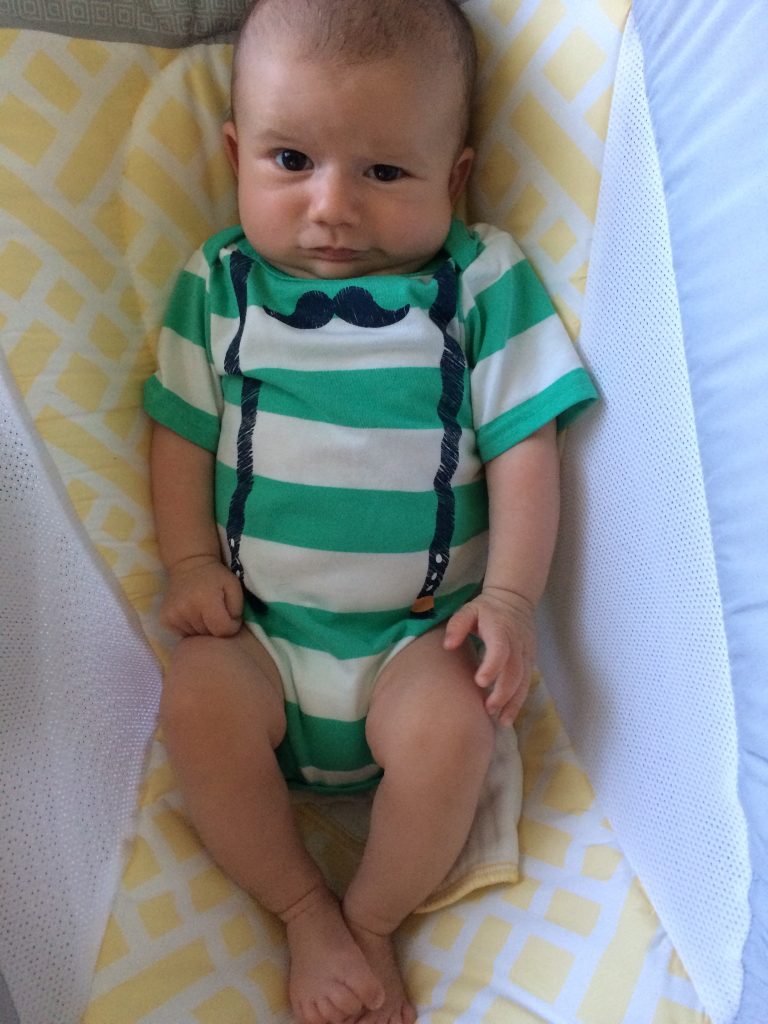 He was a real party animal! He slept in a little baby rocker swing thing the whole time. 😉

Sunday a friend stopped by for breakfast and to meet Logan. It was nice to spend some time catching up and the little guy put on quite the show for her–all smiles and giggles!

Then I went swimming, crossing my fingers it felt good on my back. And in a way it did feel good, but as soon as I was done swimming and out of the pool it was NOT good. Hot tub felt nice, steam room and sauna felt great. The nap I took that afternoon felt great…but still, back was cranky.

Sunday night we had some friends over for dinner. It was another 100+ degree day in Portland and they do not have AC in their house so we thought it would be nice to have them over for some relief. It had also been a little while since we saw them so it was good to catch up and be social after two months of sleep-deprived anti-social behavior. 😉

Logan was absolutely fascinated and riveted by the 8 year old and 3 year old boys! 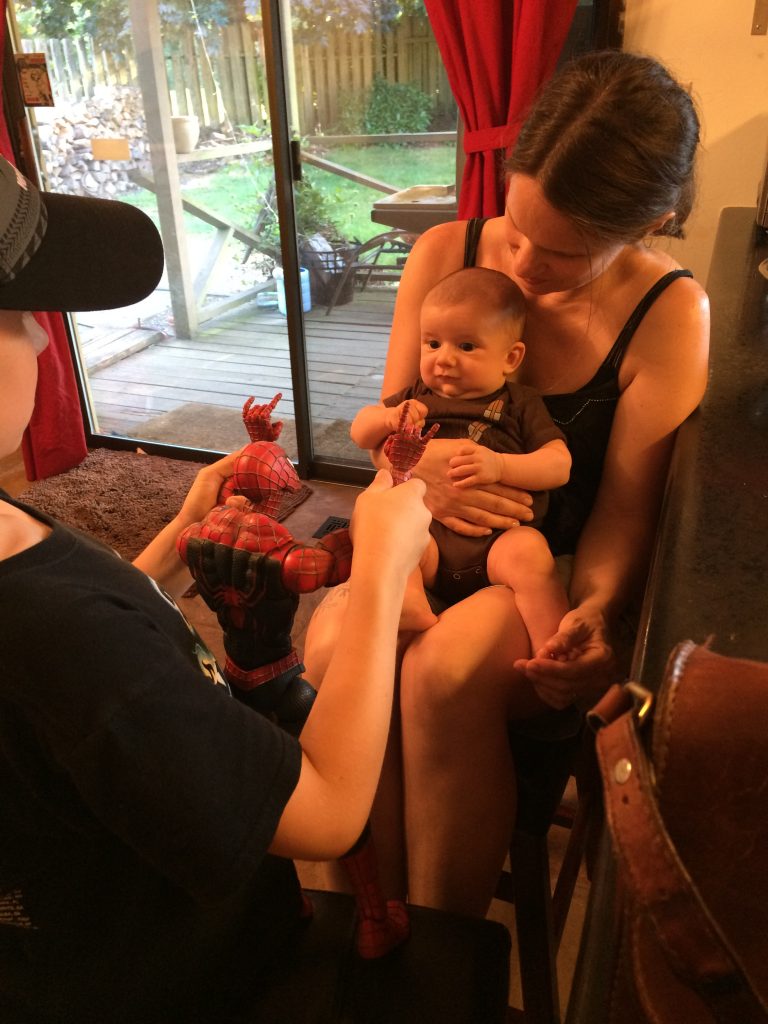 Since it was so hot I drank lighter beers and ciders:

Dinner was grilled up flanked steak, salad and corn. Ice cream for dessert. 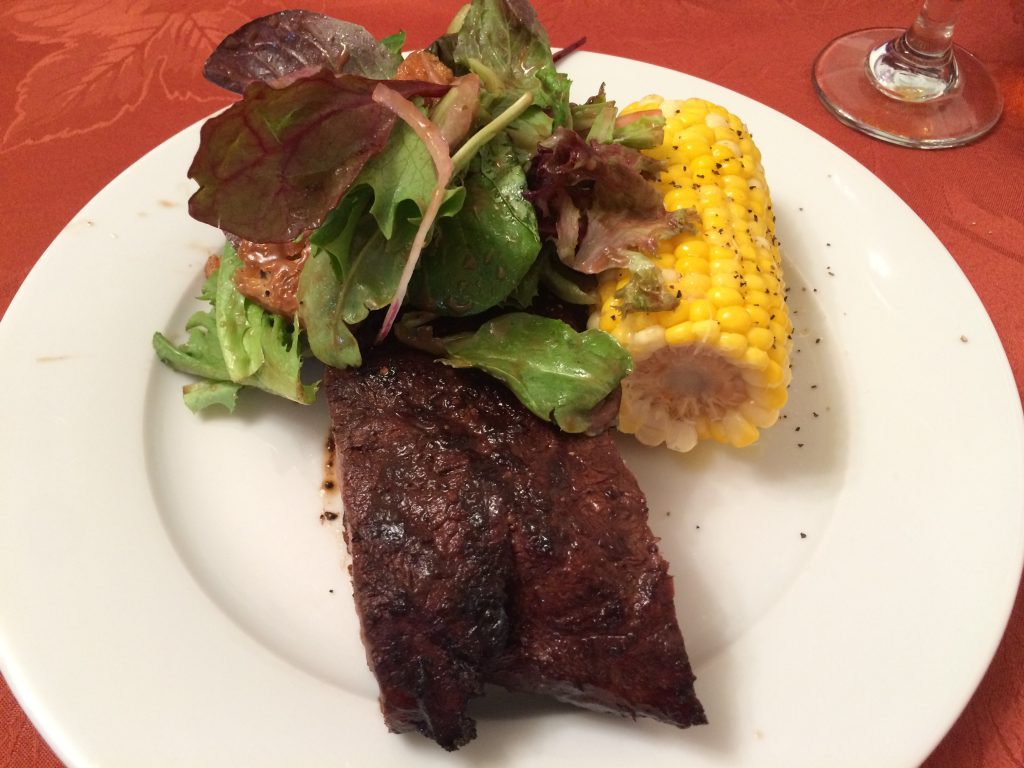 Logan did great and took a little nap while we ate, which was nice. 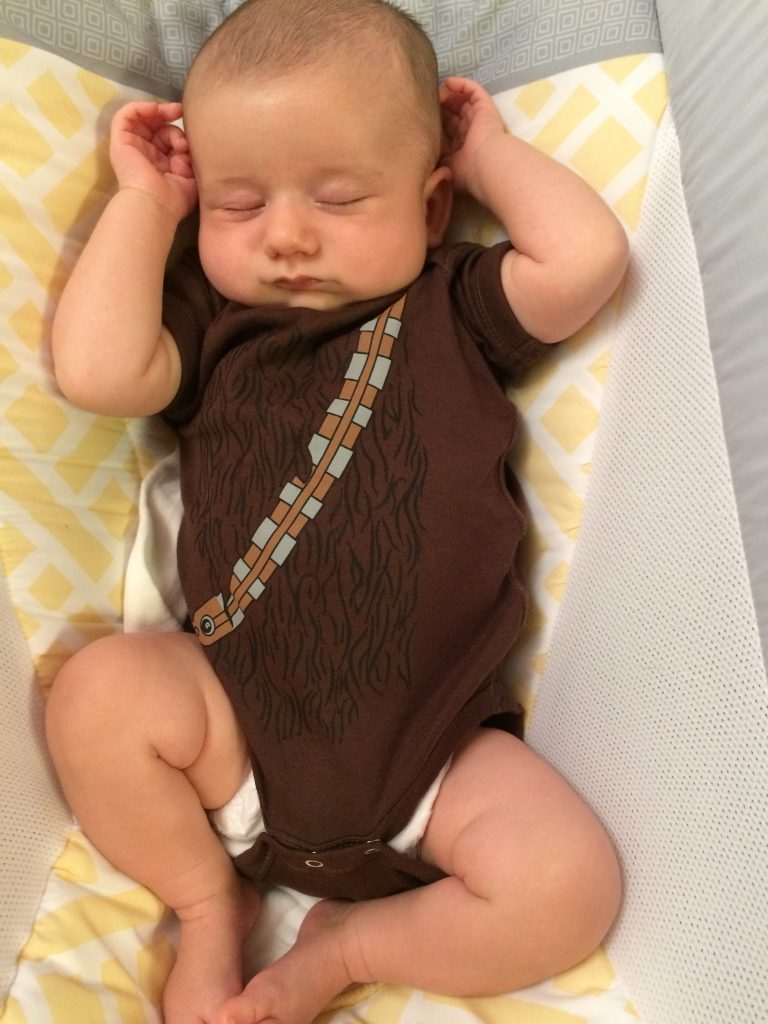 And he slept from 10pm to nearly 6am!!! I think the trick is being social and putting him to bed late. Whatever the cause was, it was a nice treat since Monday was my first day working from home. Getting some extra (and real) sleep was nice. 🙂