If you’ve been following my blog for awhile now, you know that I love beer. I was never a fan of it until about 5 years ago or so. I was young, naive and thought beer meant Coors Light and Hamm’s. Yuck! Michael wasn’t a beer fan, either, but we kind of discovered craft brews together and realized that we didn’t hate beer, we just liked GOOD beer. In fact, if someone offers me a Bud Light, I decline and stick with water. Not worth it to me. I am fully aware that I’m a beer snob and I’m okay with that.

Liquid calories add up fast and if you’re trying to lose weight or are counting calories, the stark realization of how many calories are in drinks can be shocking. For the nearly two years I was trying to lose 100 pounds I chose not to drink alcoholic drinks. I just couldn’t justify “spending” 200 or more calories on a beverage when I only had 1800 calories allotted for the day. I would have that mental debate — “Do I want this glass of wine for 150 calories or do I want a piece of bread with dinner? Or dessert?” Having to choose one or the other made it easier to forgo the beverage in order to eat more food.

The alcoholic drinks aren’t the only culprit. I’ve said before that I Had a Drinking Problem — I loved soda, I drank sweetened iced tea by the gallons, I drank a glass of orange juice with breakfast every day and a glass of milk with dinner. I drank sugary coffee desserts and was probably adding thousands of calories onto my day with just drinking! I stopped drinking my calories!

I’ve maintained my weight loss for 5 years now and I have introduced liquid calories back into my diet. I have a glass of wine or two 2-3 nights a week. It just depends. Sometimes I don’t have any. I’m definitely mindful of how much I drink and I log my calories accordingly. With this recent injury that has limited a lot of my physical activity, I’ve cut back on drinking and stick to one drink instead of two. It makes a difference. Not only that, I’ve also cut back on the beer. Why? Because I love IPAs and they are usually 200-250 calories a bottle. That’s A LOT of calories for one drink! It’s just not worth it to me.

So this summer I’ve been drinking other things that are lower in calories. This post is a few of the creations I’ve made and have enjoyed so far. 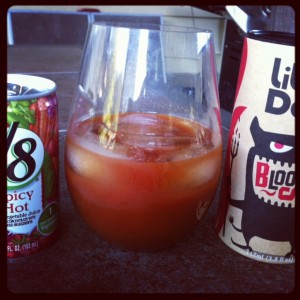 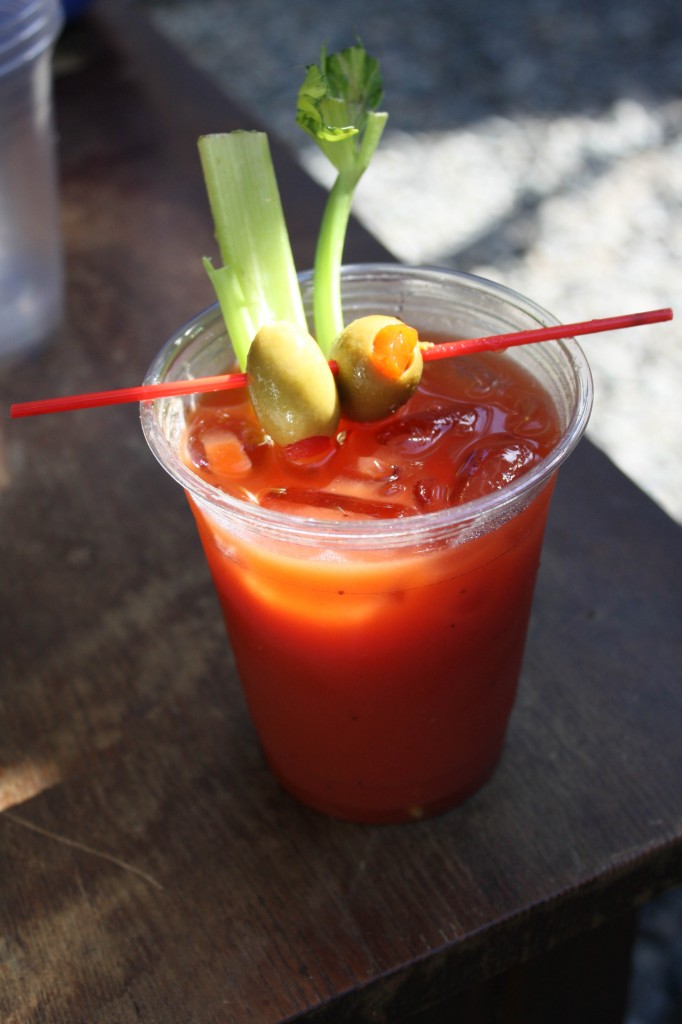 I got the Bloody Mary mix from William Sonoma and it’s called “Little Devil.” It was so good! I really liked it. I also seem to be liking “sweet” drinks less and less. Too much sugar! But a Bloody Mary is spicy and not sweet. Perfection.

My other favorite is reminiscent of a pina colada. It’s not blended but it tastes just as good to me. 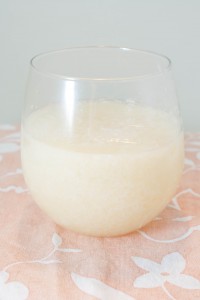 I use coconut flavored vodka, add half a small container of pineapple juice, a splash of coconut milk and some ice. It’s a really tasty drink without being too sweet. It’s around 160-175 calories depending on your pour.

This one is fun. I had some strawberries that were on their last legs and I didn’t want to just waste them, but they were a little too soft to eat. So I ground them up in my Magic Bullet with a few ice cubes, mixed with some vodka, a splash of lemon lime sparkling water and a pinch of sugar. I put two small pinches of sugar in the drink because it was a little tart without it. 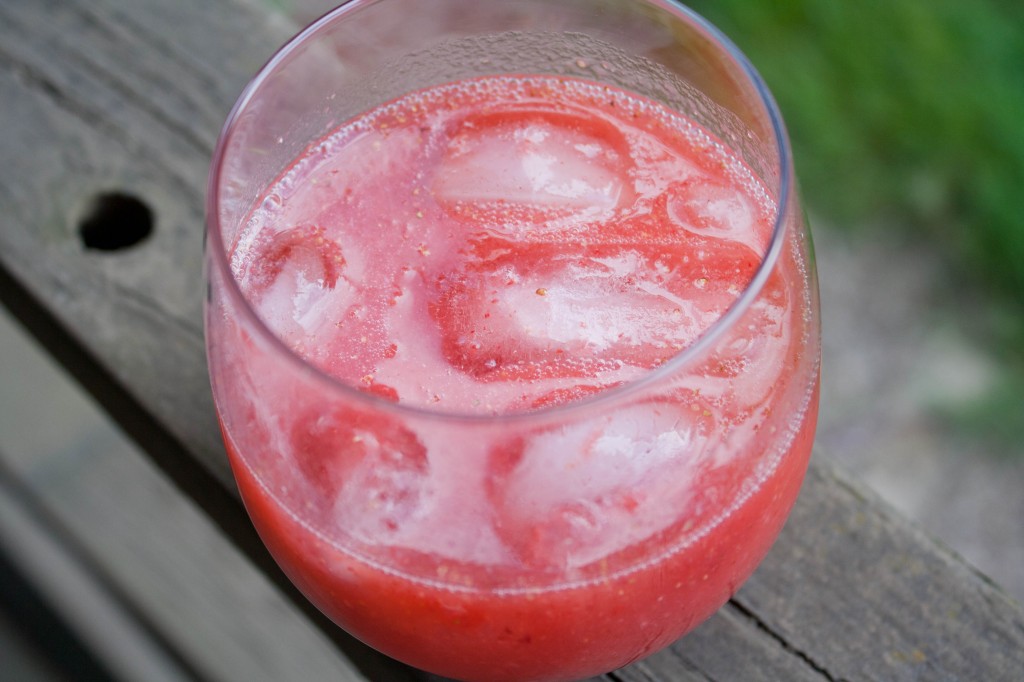 The drink was a great summer drink! Almost like a daiquiri but not. This drink was about 125 calories total.

One of my coworkers actually told me about this. He has tons of blackberries in his yard too and made upside down blackberry cobbler with his daughters. I had a bite (to die for) and then he said he also infuses his own vodka with blackberries. 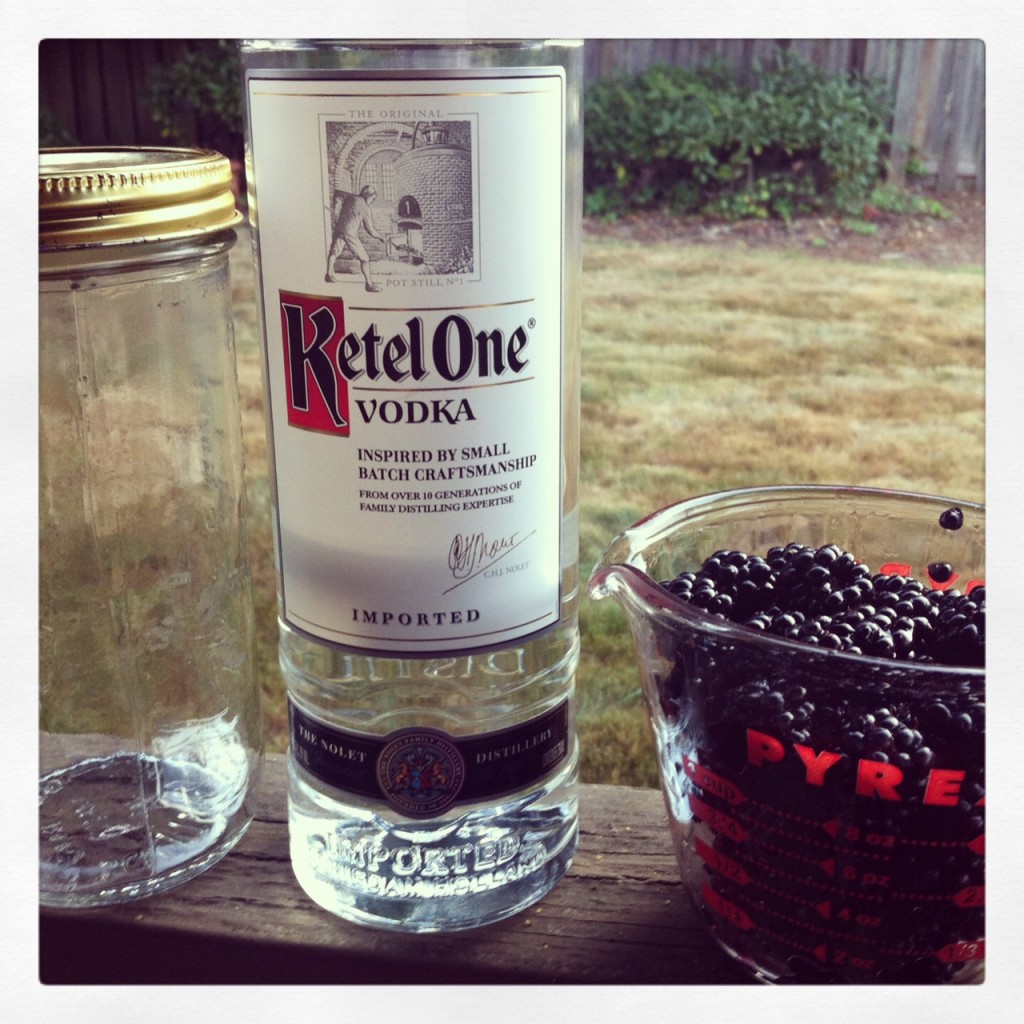 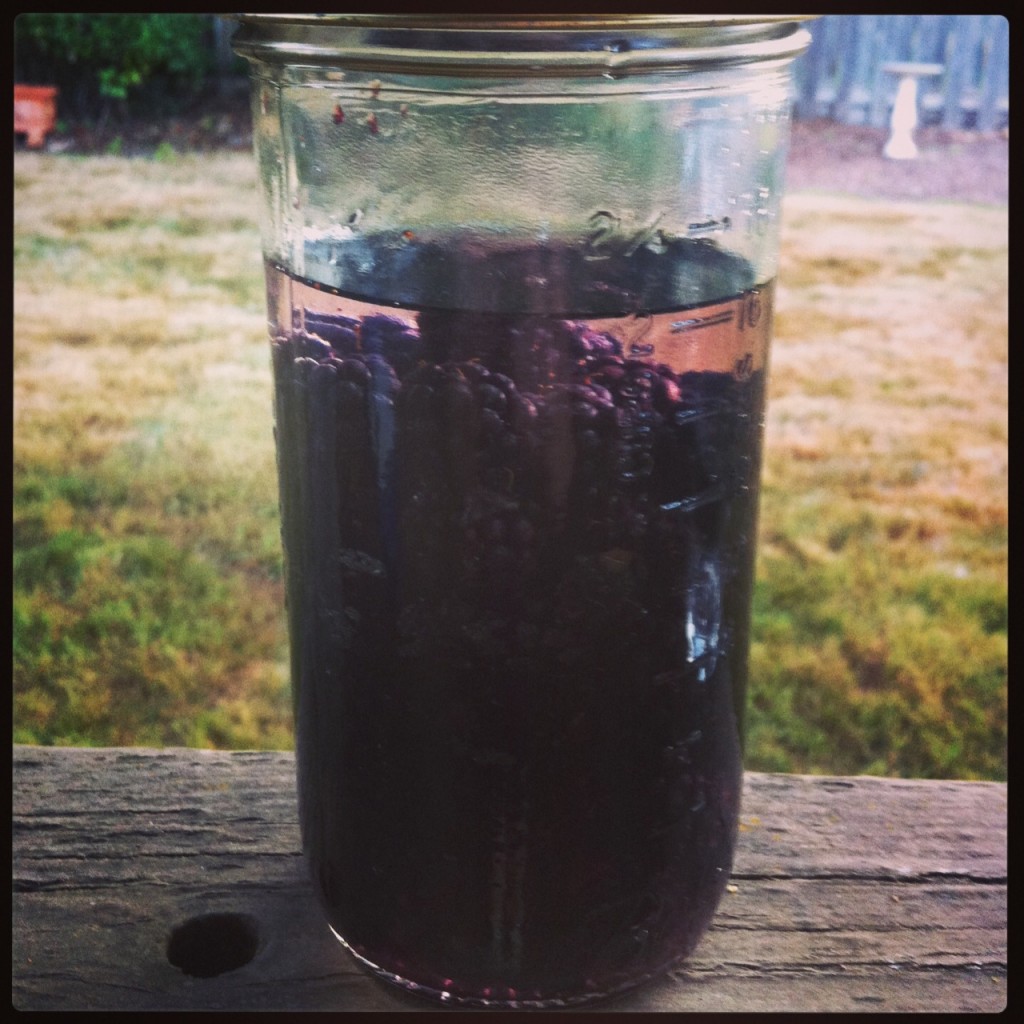 Sign me up! I love both of those things. 🙂 He didn’t really have a recipe, he just said he through some cheap vodka in a jar with blackberries, gently mixed them a few times a week for about a month or two and then it was ready to drink.

I bought a bottle of coffee infused rum from a local Portland distillery that is fantastic. Love the coffee flavor of the rum–which is weird for me because I don’t usually like flavors to be mixed (like I don’t want my ice cream to taste like coffee, etc). 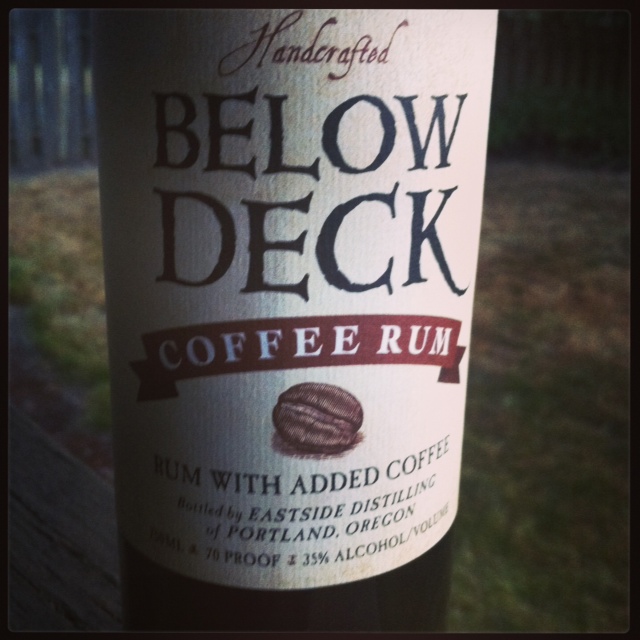 This one is a shot of the rum, a splash of almond milk or coconut milk and ice. It’s so good! But there is caffeine in it, so one is definitely enough for me.

What are your favorite low calorie drink swaps? 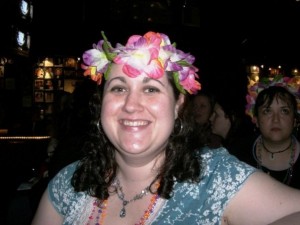 I used to have a drinking problem.

I drank my calories. All. Day. Long.

If I had to make a list of the top three things that contributed to me gaining over 100 pounds it would be in this order:

I’m going to describe a typical day of drinking in the old days. I’d wake up and I always had a big glass of orange juice with my breakfast (plus milk on my cereal). 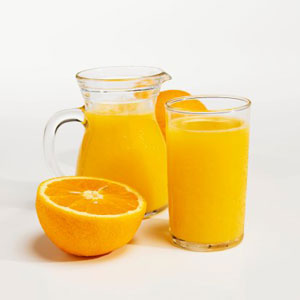 I wasn’t having just a single serving either. I poured it into a big pint glass, which is probably two servings. Calories: 250. 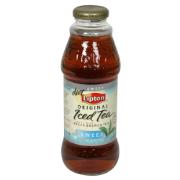 I liked to get coffee in the morning on my way to work. But I wasn’t a huge fan of coffee itself so I loaded it with sugar. My favorite was a grande white chocolate mocha with caramel syrup and whipped cream.  Calories: 500 or so. 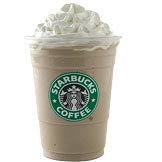 I drank a lot of soda too. On weekends I could drink  four a day. I usually had a soda with dinner. Dr. Pepper and Sprite were my favorites. 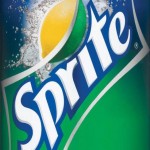 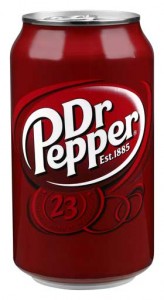 A can of Dr. Pepper is about 150 calories. Say I drank three in a day (sometimes one right after another). Calories: 450.

If was going out to a bar with friends, my drink of choice varied but it was often a strawberry daiquiri (with whipped cream of course) or a White Russian. Calories: 300. 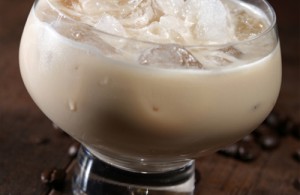 And of course when you are at a bar with your friends, eating fried food and feeling good, you don’t just have one drink. Maybe two or three? Estimate that evening at over 1,000 calories just for the liquids. Have you noticed that I’m not drinking any water?? 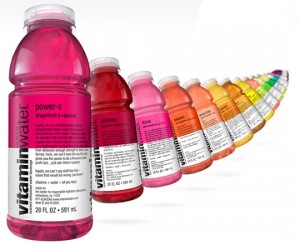 Another favorite was the Vitamin Water. Not real water, but sugar water. My favorite flavor was the dragonfruit. Calories: 150.

I haven’t even gotten to my snacking habits. I ate a lot of candy bars. Butterfingers and 5th Avenue bars were my absolute favorite. And you can’t enjoy chocolate without a big glass of cold milk. They went hand in hand for me. 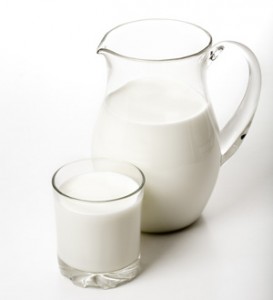 I’d estimate the milk to be about 200 calories a glass.

That’s a lot of drinking! The above calories total 2, 270! No wonder I was developing diabetes! That’s more calories than what I currently EAT nowadays.

Boy have things changed. I started making small changes in the beginning. When I started counting my calories to stay under 2,000 a day I was shocked at how fast it added up when I drank my calories. I put an end to that. 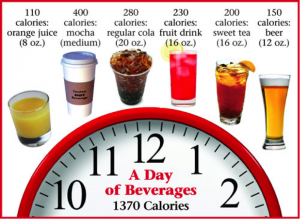 How am I different now? I try to avoid any liquid that has calories. I prefer sparkling water or regular water. I drink unsweetened ice tea. Once in awhile I drink diet soda but not very often because I don’t like how it feels. The only time I ever drink juice now is when I am sick. I drink plain old black coffee with a little bit of creamer in it.

I do drink things with calories in them. I have a glass of milk with dessert on occasion but it’s not an every day thing. I drink wine. I drink beer. Again, in moderation and not everyday. Writing down all the calories I consumed in liquid form is pretty shocking to me. It’s hard to believe I did that for so long.

QUESTION: How many calories a day to you consume in drinks?