Saturday we planned on going for a long bike ride but I was uncertain how my body would hold up after the painful hike the day before. The good news: I could walk around the house without pain or discomfort. I was worried about my knees. I slept in and was SUPER lazy all day. We watched the rest of the Californication, had leftover pizza for lunch and then finally left the house around 1:30 or so.

I had no idea if I could ride at all but I wanted to try. We rode from the house to the trail and headed to downtown. Michael wanted to do 40 so his total for the week would be 75. We biked down to OMSI and took a quick break for GUs. 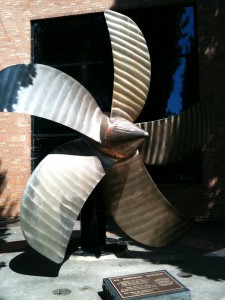 After the quick snack, we continued on the Esplanade to North Portland. I was feeling good so far. No knee pain. 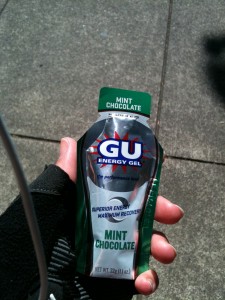 We took the bike lane by the Rose Garden to N. Williams because it has a wide, safe bike lane. 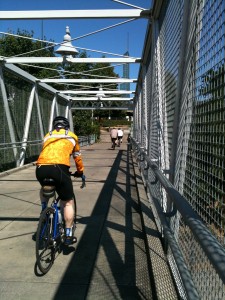 Last time we did this route we ended up on a horrible street that had no bike lane. It was terrifying and we almost got hit by a car (scary!!). This time we found a route that was much safer! 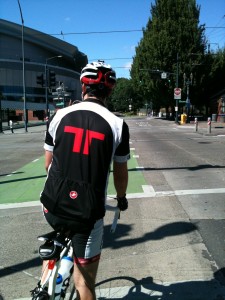 The bike lanes in North Portland are really nice and the scenery is pretty cool. Lots of buildings had beautiful graffiti art on them. There were some other cyclists going the same way as we were going and we asked if they knew a safer route than that scary street that had no bike lane. They gave suggestions and they turned out great. 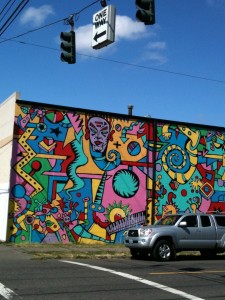 We left the Vancouver street with the bike lanes. We followed the signs and ended up on MLK. It was scary but short and we were quickly on Marine Drive. 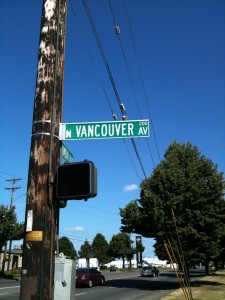 We rode passed Salty’s to the Marine Drive trail. We stopped for another GU break and continued on. 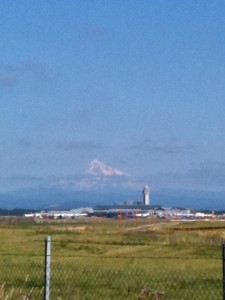 So far I was feeling good. No issues! We were about halfway there–20 miles done. 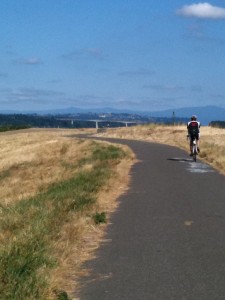 For once the wind on Marine Drive was at my back. It was a quick and easy stretch. I enjoyed the water and watching the people on boats. It seemed like a nice way to spend a sunny summer day. 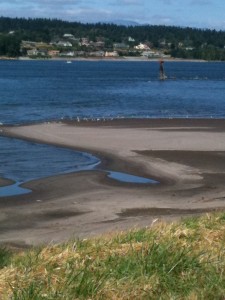 We left Marine Drive for the I-205 Bike Path. I had a huge hill in store for me and I was not looking forward to it. The hill is a long steady climb that doesn’t seem to end. It’s definitely a challenge–I usually see people on bikes walking up that hill (well, people on mountain bikes or cruisers). 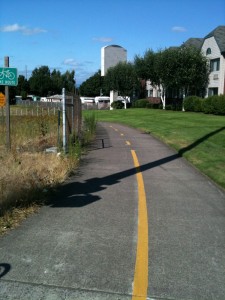 We stopped at a small park on the trail to rest, eat another Gu and drink some water before facing The Big Hill. It was a nice break. 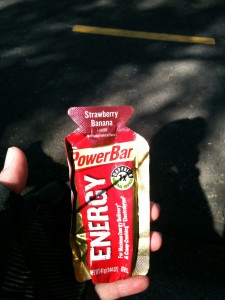 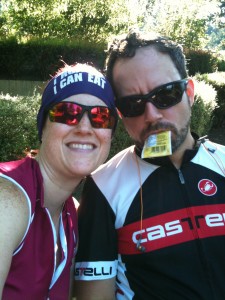 We got back on the bikes. It was time to face it. Michael took off and I grinded up the hill. I wish I could accurately capture the size of this hill but pictures just don’t do it just. And honestly, when I’m at the base of the hill I’m counting on momentum to get me part of the way up so I don’t stop to take photos. 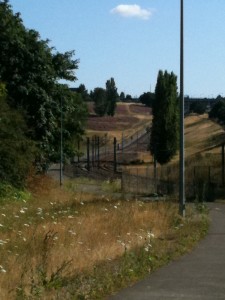 I took the hill slow and steady but SURPRISE! The hill was not as bad as it has been in the past! I just hunkered down and made it up that hill. It wasn’t bad. I was so happy and surprised that I made it up the hill. Going into it I’d wondered if it would be the first time I’d have to WALK up that hill… 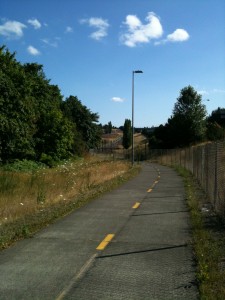 I got to the top of the hill where Michael was waiting for me at the light and I asked, “That was the killer hill right? I’m not mistaking it for a different one right?” He said no, that was the killer hill and I happily made it! Woo hoo! The rest of the ride was smooth sailings–mostly downhill. Instead of continuing on the I-205 trail we veered back to the Springwater home. It was good to be home! 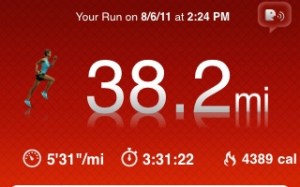 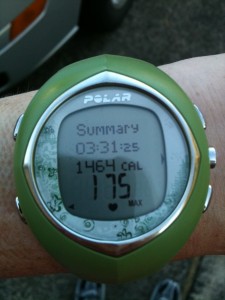 Michael and I split a GenUCan Recovery shake as soon as we got home. It was a good snack to tide us over before dinner. Since we’ve been so busy the last few weeks we had no food in the house! Grocery shopping was a must (not exactly what you want to do after biking almost 40 miles).

For dinner Michael made us grilled ham and cheese sandwiches. I steamed some fresh green beans as my side. 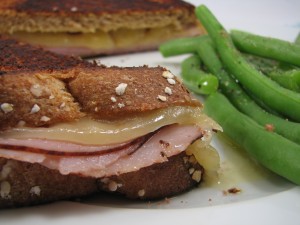 By almost 7:30pm we finally were able to sit down and eat dinner, watch some TV and relax! 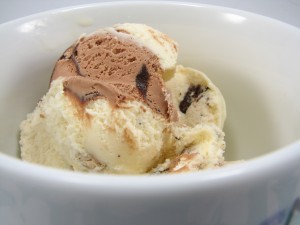 QUESTION: When you’re sore and tired, do you take a day off or do continue with the planned activities?