Our weekend started pretty well. Daycare had a “date night” for parents and held a Halloween party for the kiddos so Michael and I got to go out to dinner just us. I think the last date night at daycare was back in June. Michael made the reservations for Laurelhurst Market a month ago and we were both really excited! 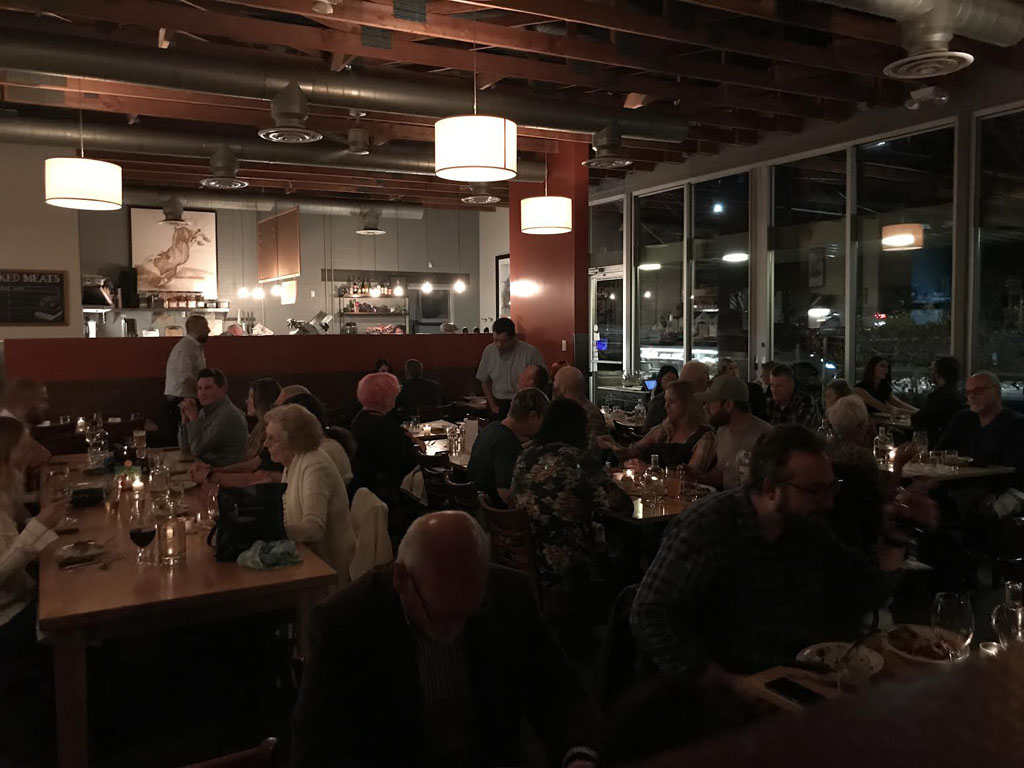 The place was packed. Glad we had reservations! We had a drink in the bar area while we waited for our table. The wait wasn’t very long. It was a cool space. We’ve been to Laurelhurst Market a few times but it’s been years for me. So this was a nice treat. 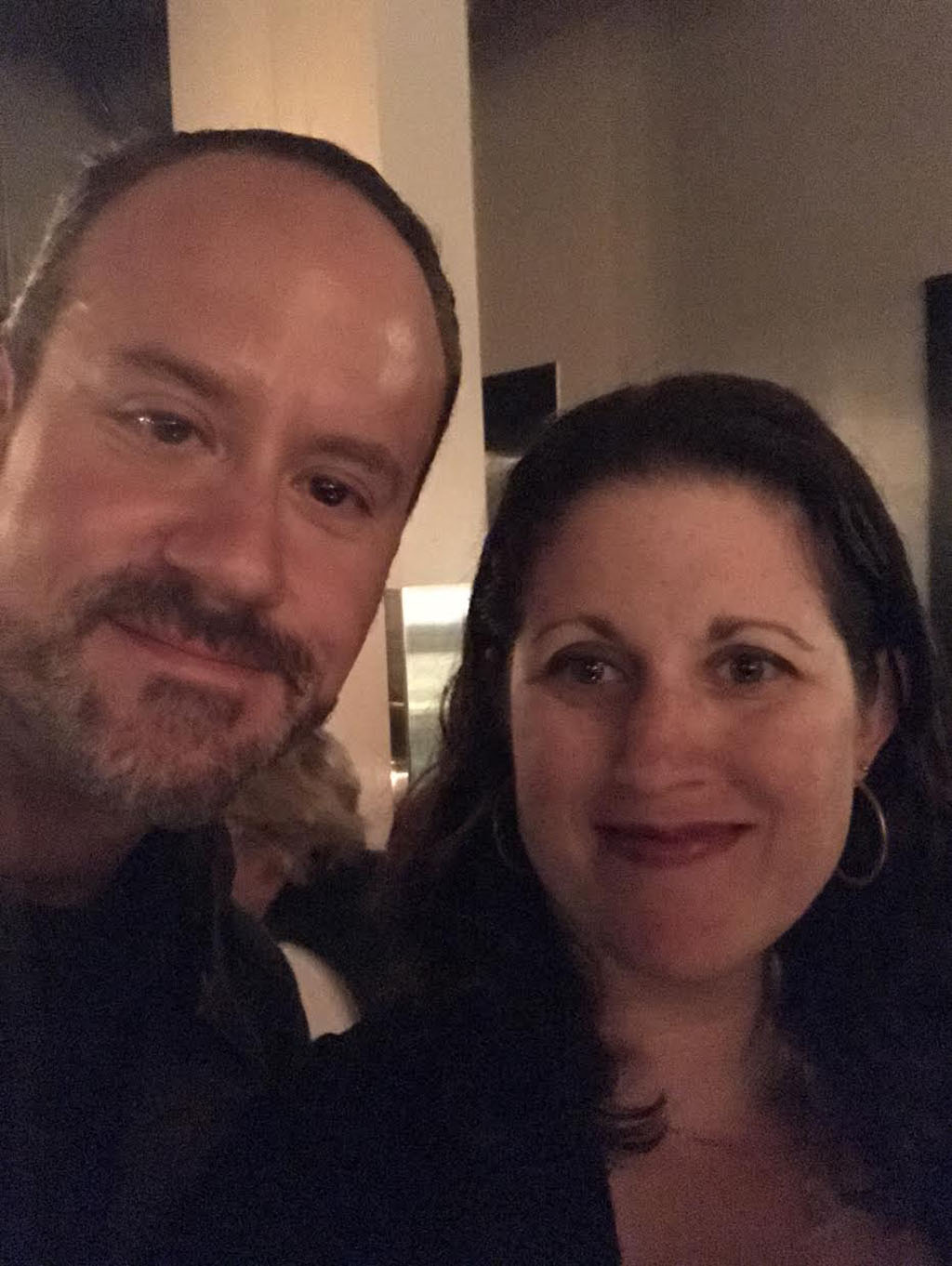 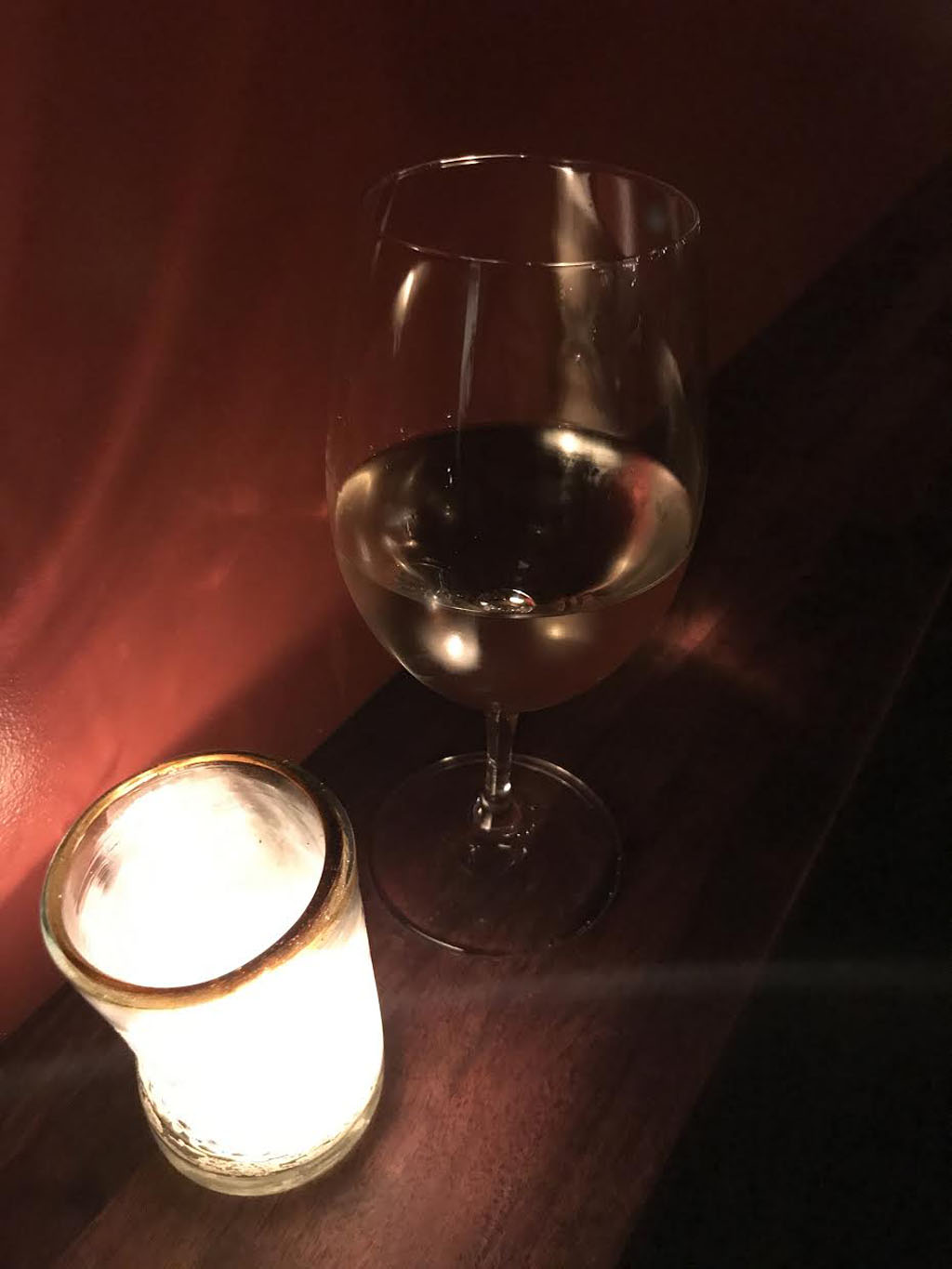 Laurelhurst Market is a very nice restaurant with a meat market attached to it. One of these days I’d like to get some stuff from the market.

Okay–the food. SO GOOD! We started with a few appetizers. The first was the bone marrow. Michael has been raving about it–he had it a few months ago when he was there for a work dinner and has been talking about it ever since. I’ve never had it before.

It arrived on a plate with a horseradish sauce (I usually hate horseradish but this was really good). It also came with a pretzel cut in half to share. The bone marrow was in the bone and there were some pickled radishes and celery on the side.

You used a tiny fork to get the bone marrow out and spread it on the pretzels. The flavor was really rich. If it sounds creepy, I understand and I can see where someone would be apprehensive. But it wasn’t creepy. It wasn’t amazing, but it was flavorful and went well with the other things on the plate. 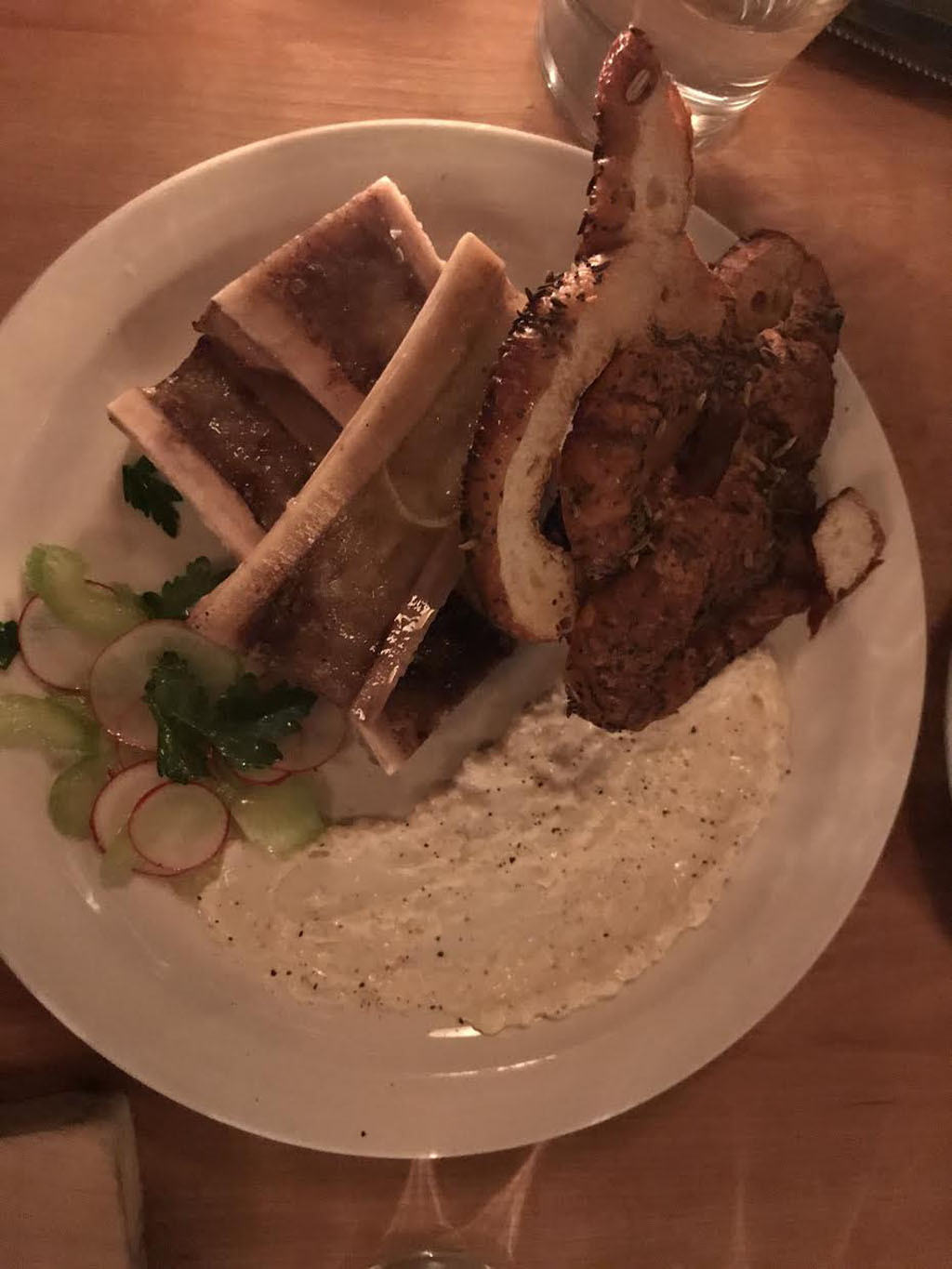 The winner for me was the deviled egg appetizers. They were topped with thin slices of prosciutto. These babies were soooo good and I could have eaten a dozen of them. 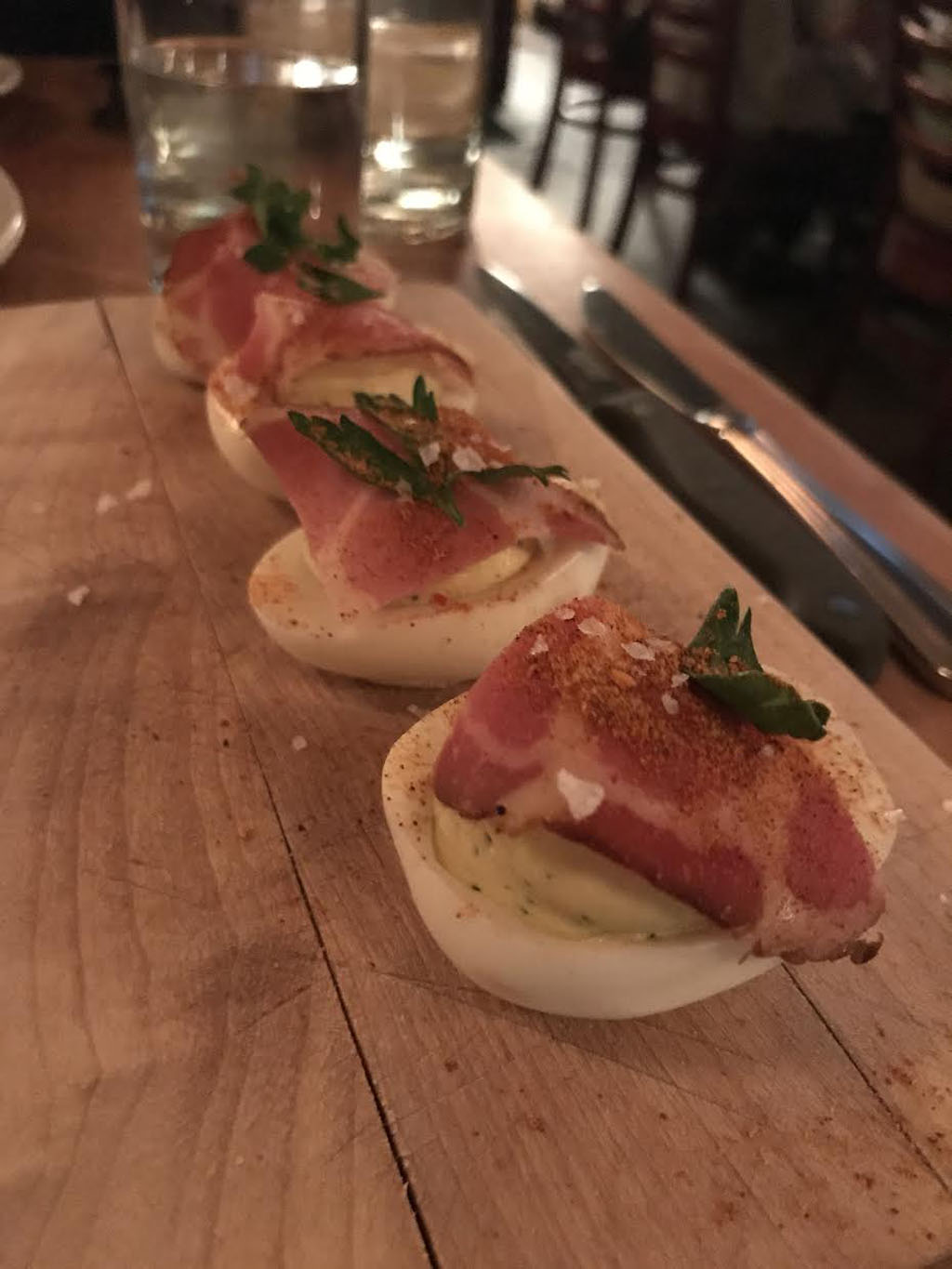 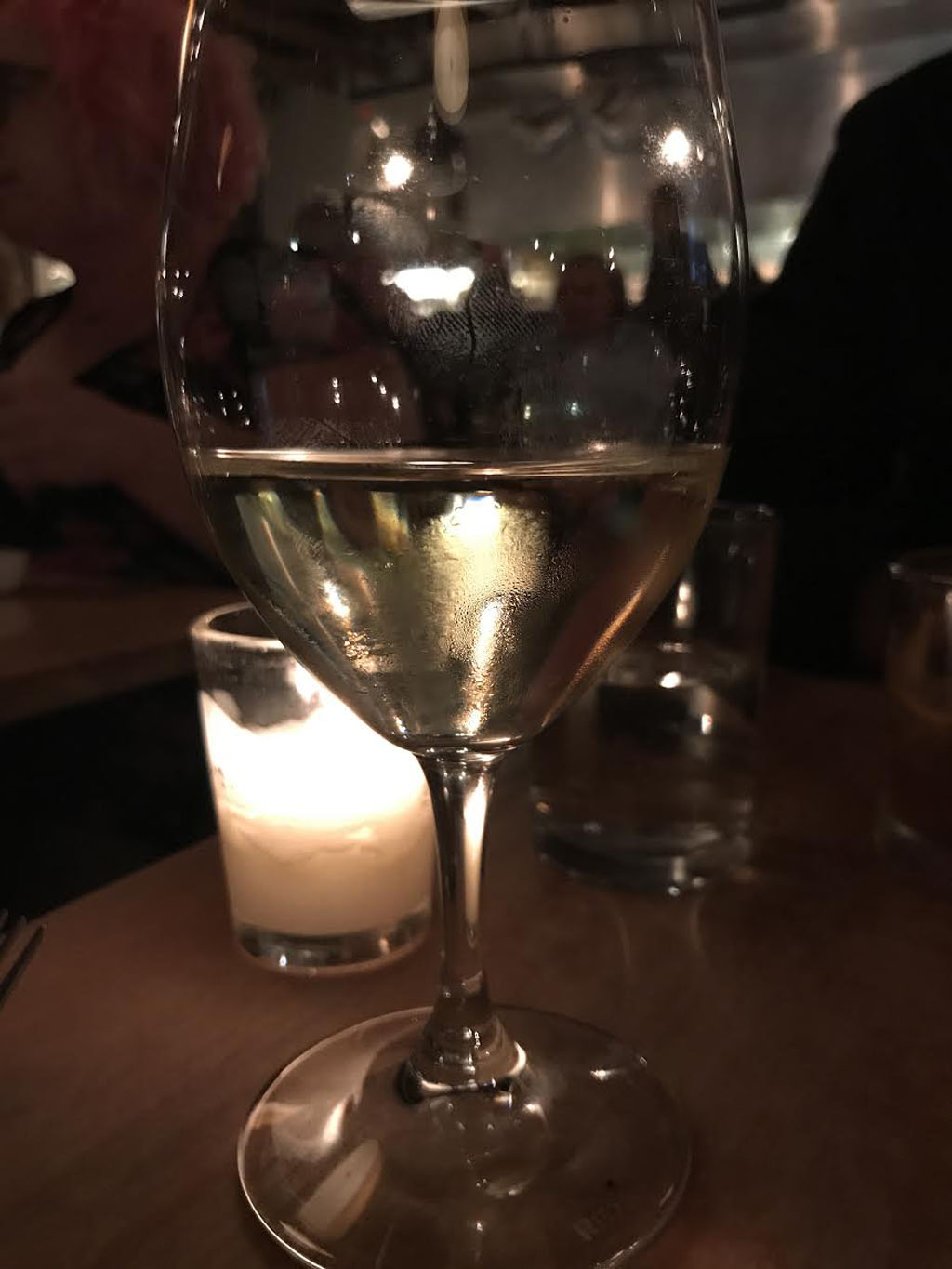 Michael got the Rib Eye steak with avocado puree and cowboy candy (I love cowboy candy!). I had a few bites of his steak and it was fantastic. Perfectly seared with a little crunch and rare in the middle. The flavors were outstanding. 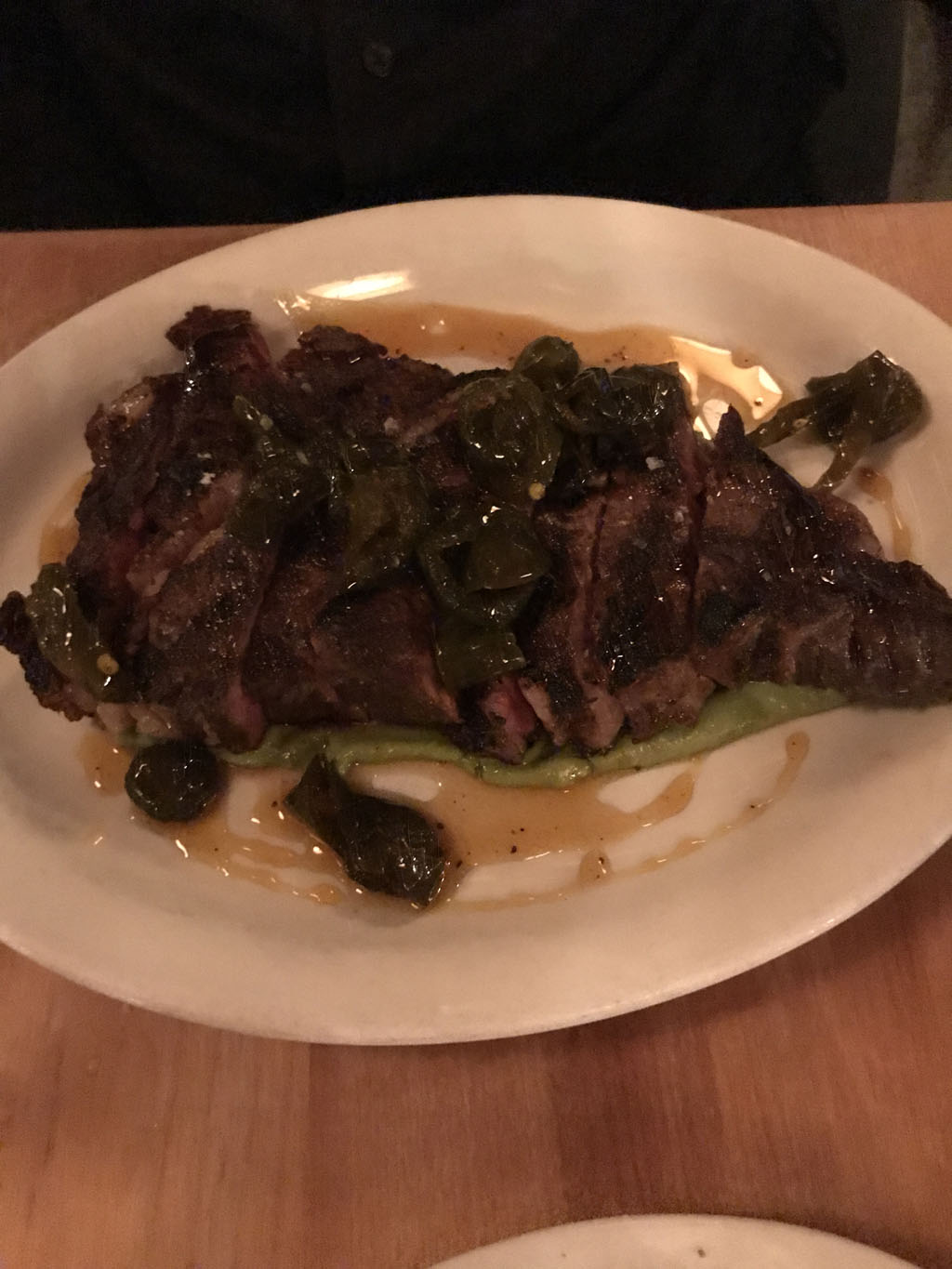 I got the seared scallops. It came with raw fennel and caramelized onions, plus an egg yolk that you were supposed to swirl around in everything on the plate to kind of “cook” it. So the menu had said the dish came with some sausage. I kind of forgot about it and then realized that they made the sausage to look exactly like the scallops! 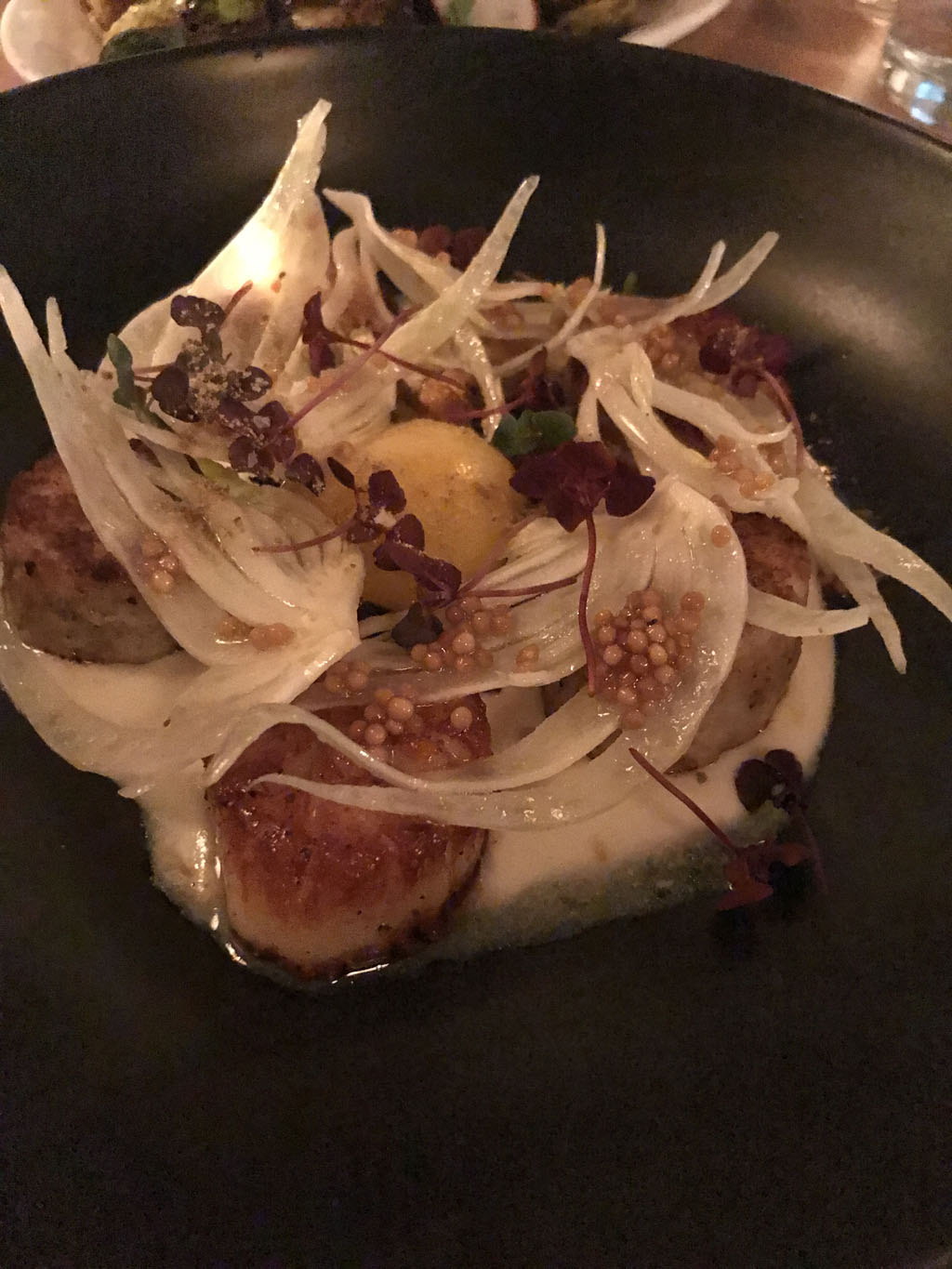 So there were two “scallops” in there that were actually sausage. The (real) scallops were absolutely perfect. I love scallops and haven’t had them in ages. So this was a really great dish for me. I loved my meal. It was so unique. I also had Brussels Sprouts on the side. 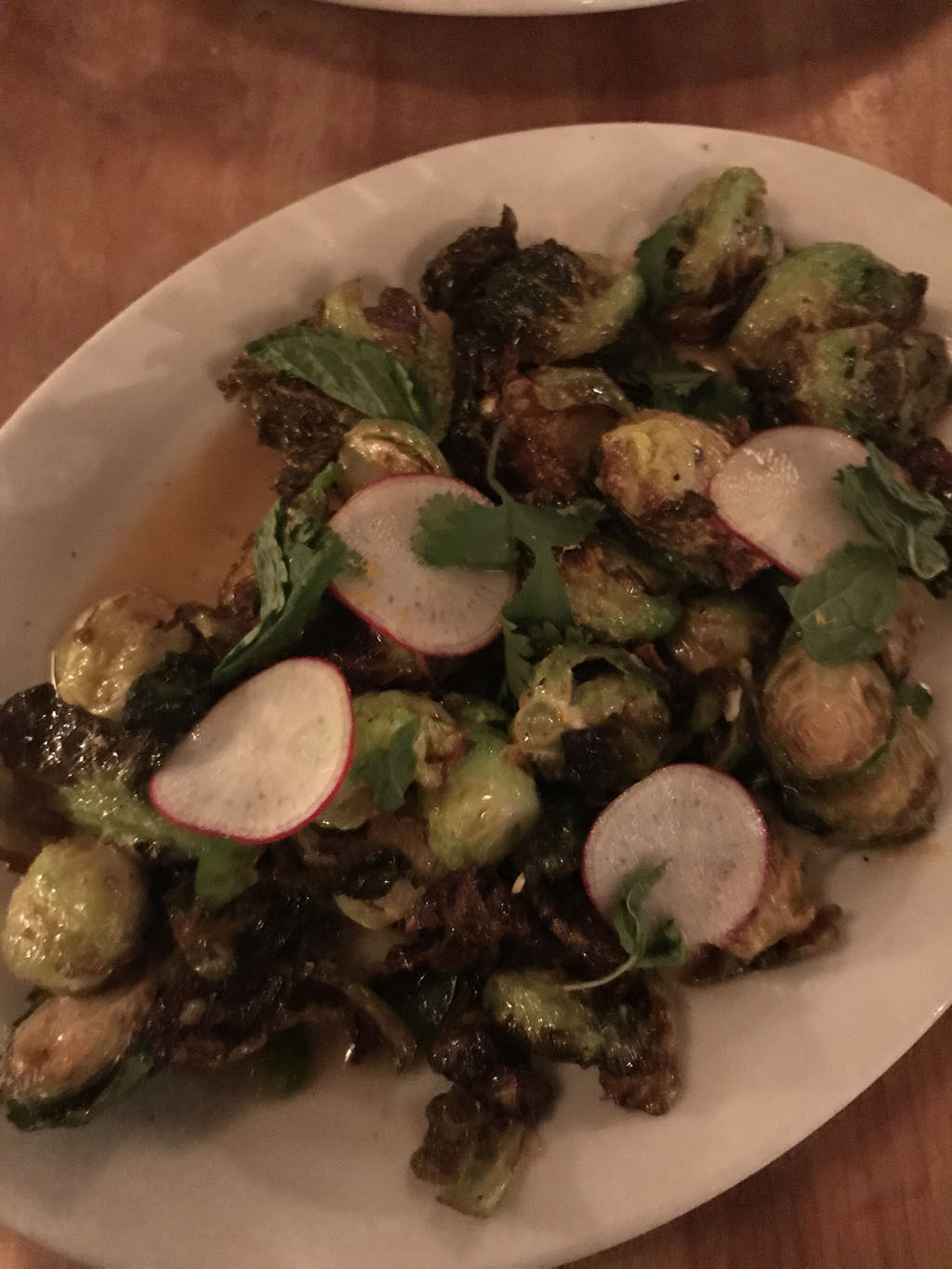 The sprouts were sautéed and a little crispy with jalapeños, maple syrup and radishes on top. It was slightly too sweet but I still loved the sprouts.

After our meal, we had some time before we had to pick up Logan from the party so we stopped at Papa Haydn’s to get some dessert to go. It was that time of year–pumpkin pie cheesecake! I really wanted to get that but Michael wasn’t into the idea (his loss). Boo! We ended up with a slice of New York cheesecake to go. 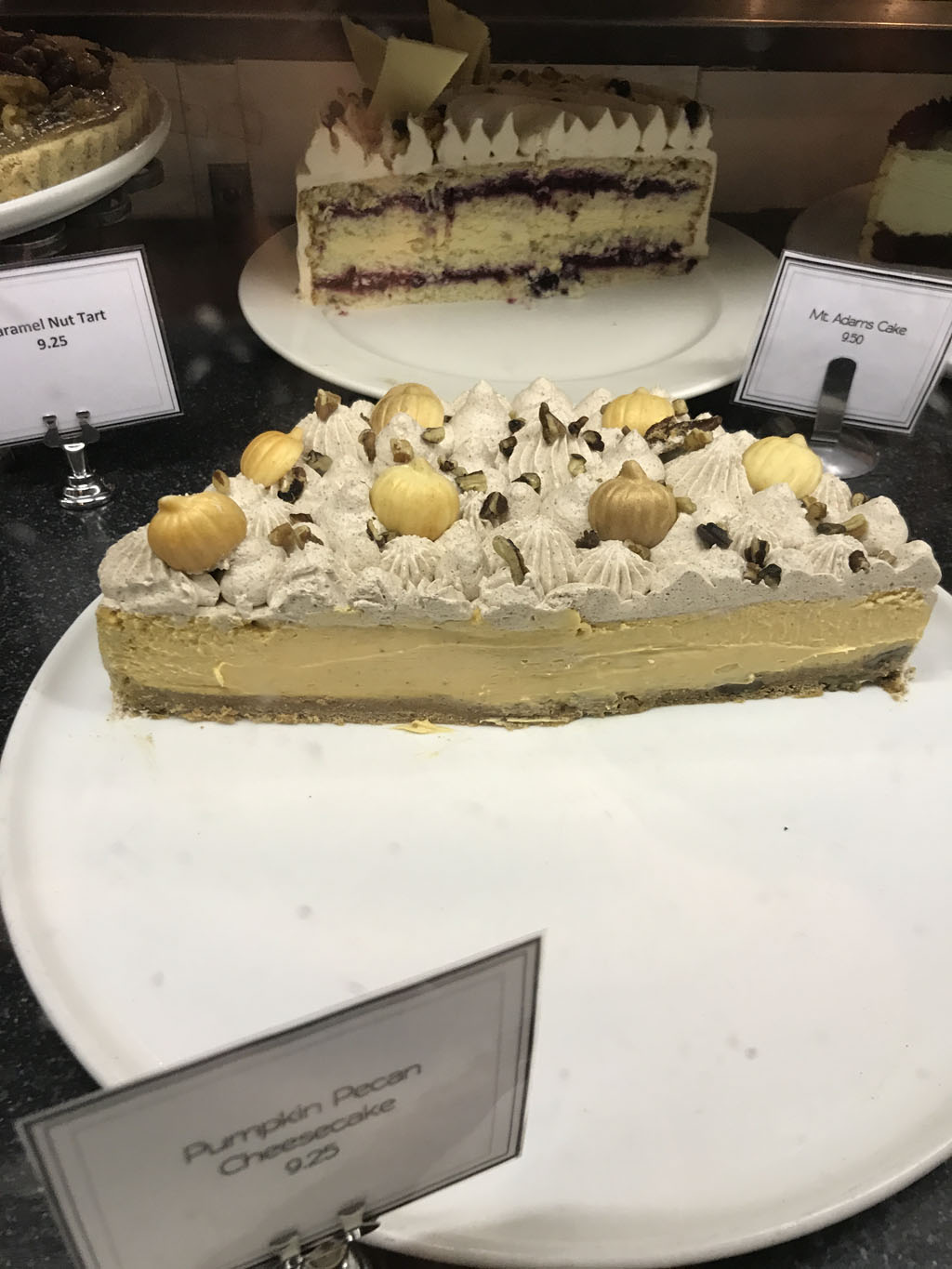 How good do these desserts look, though? Yum! 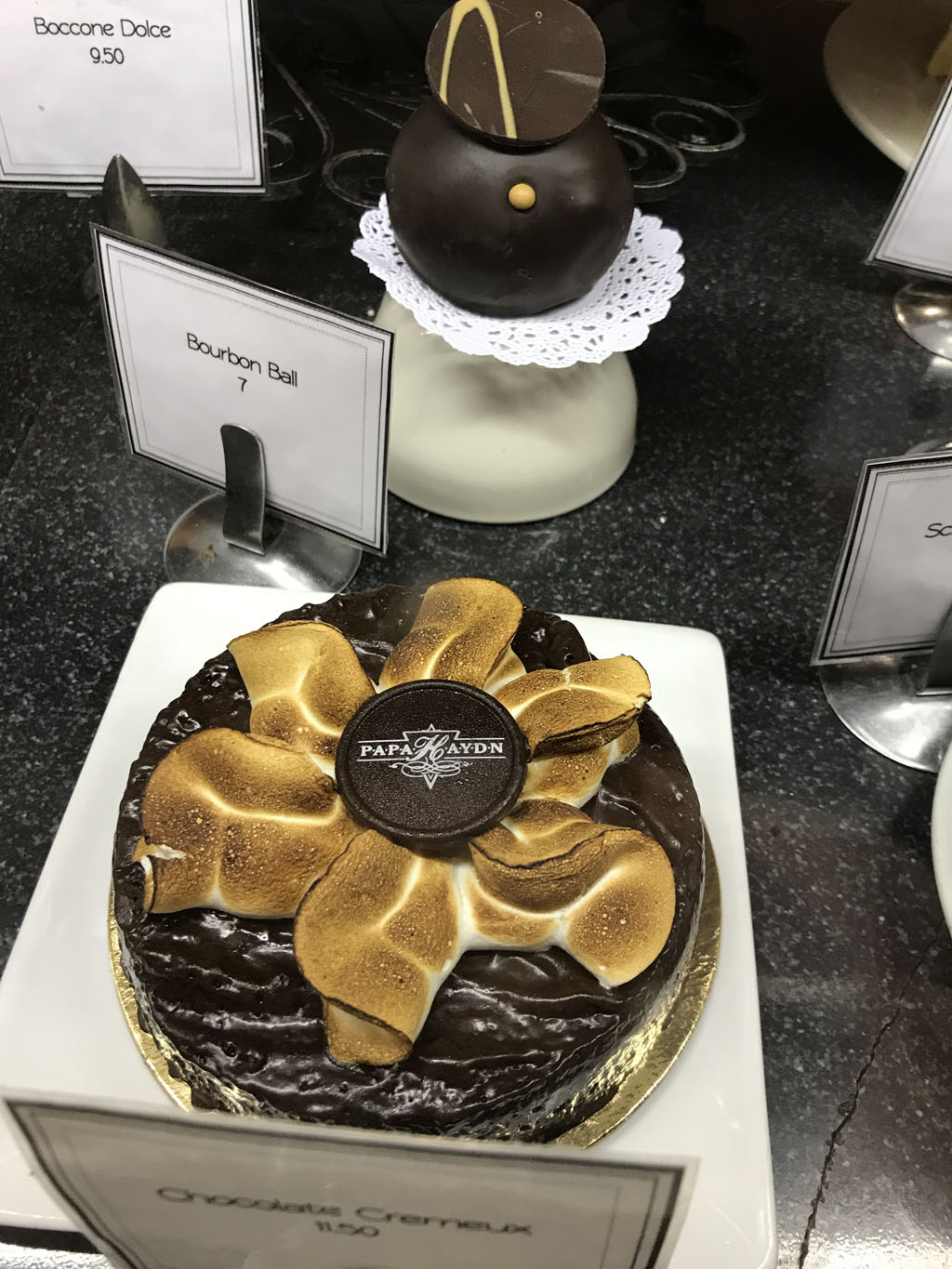 Our cheesecake was amazing, as usual. Papa Haydn’s never disappoints. 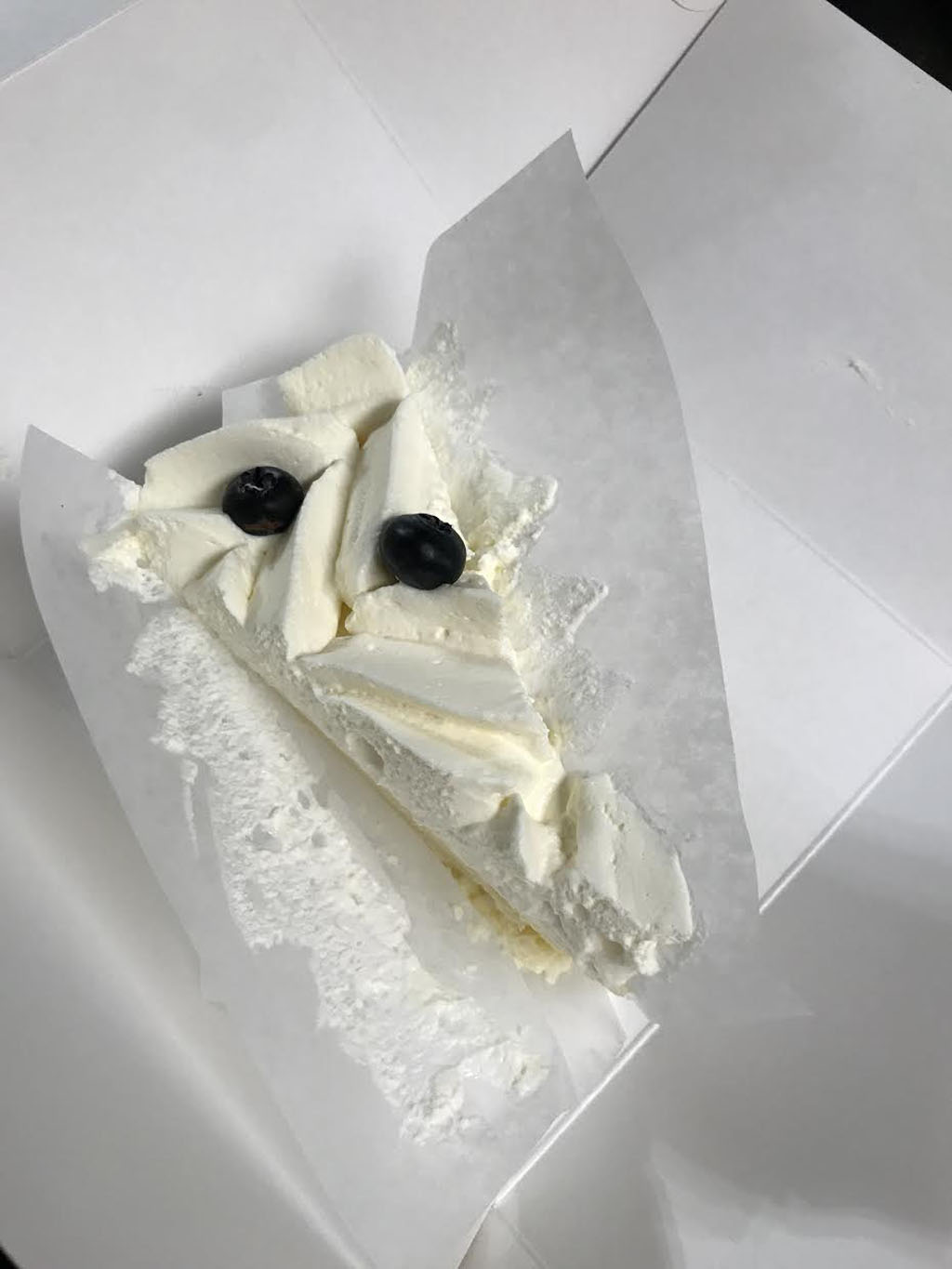 We picked up a very sleepy Logan who had had a fabulous night! Pizza, cupcakes and Halloween games. His face and fingers were stained blue from decorating cupcakes. So adorable!

The next day we went for a family hike. 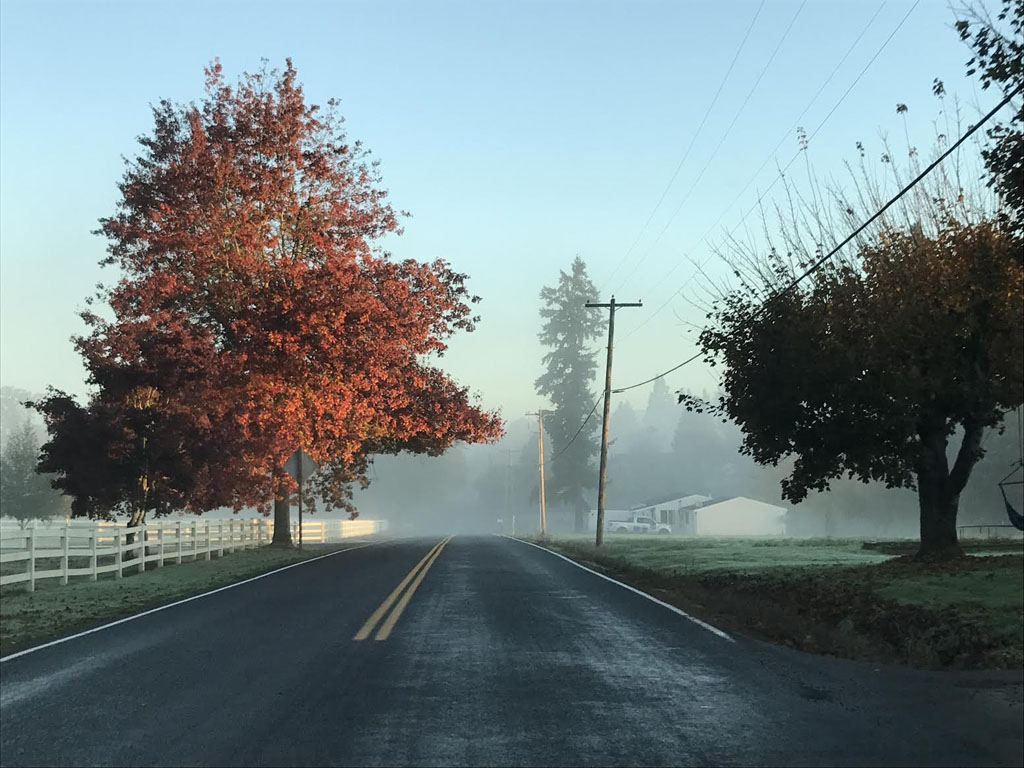 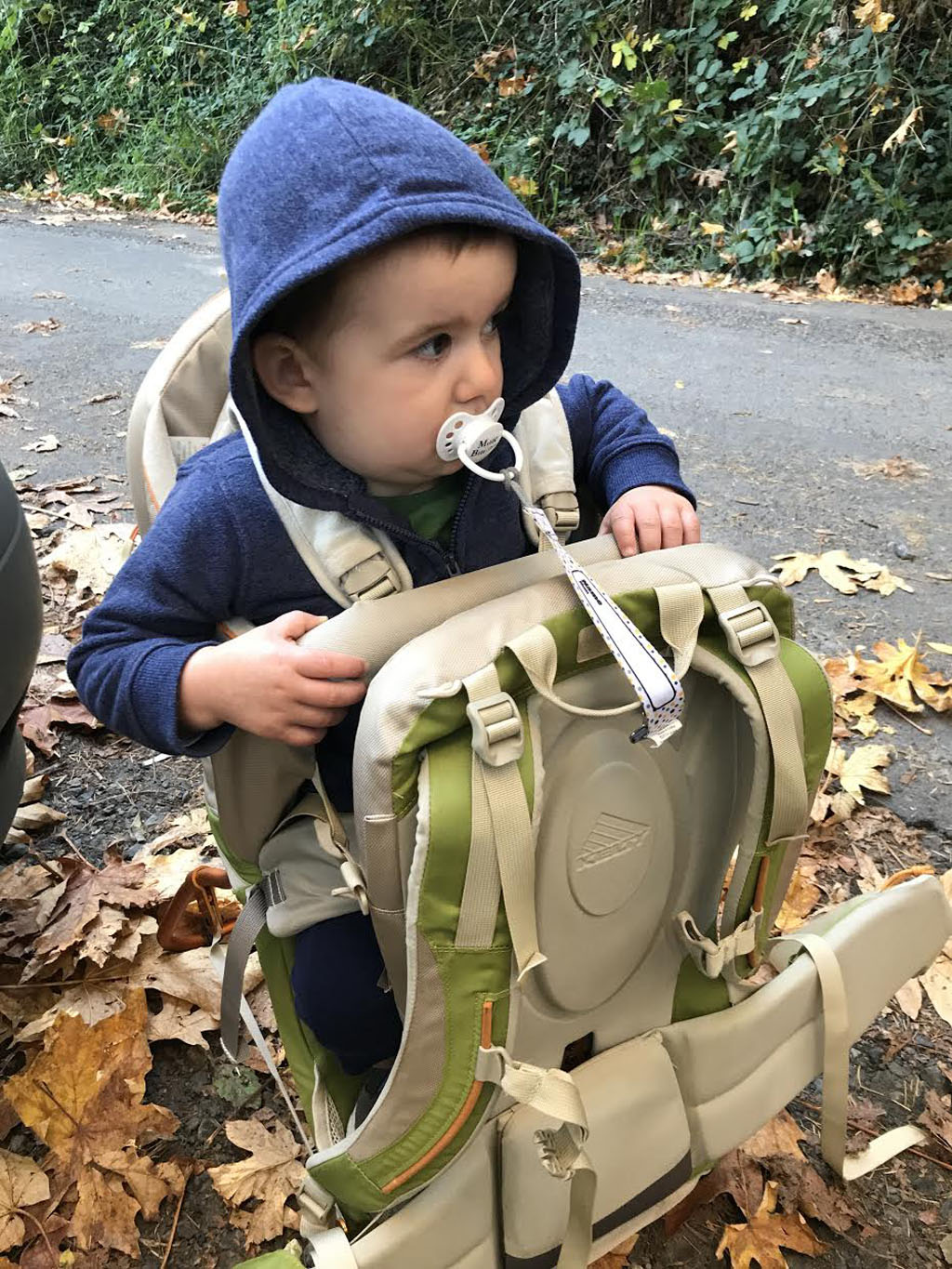 It was a nice fall day, almost 60+ degrees pretty early and by noon it was about 70. The sun was out, it wasn’t foggy or cold like it usually is early in the morning. We decided to do Saltzman Road. It’s close to the city, so not too far to drive to. We needed something closer in town, so this was it. 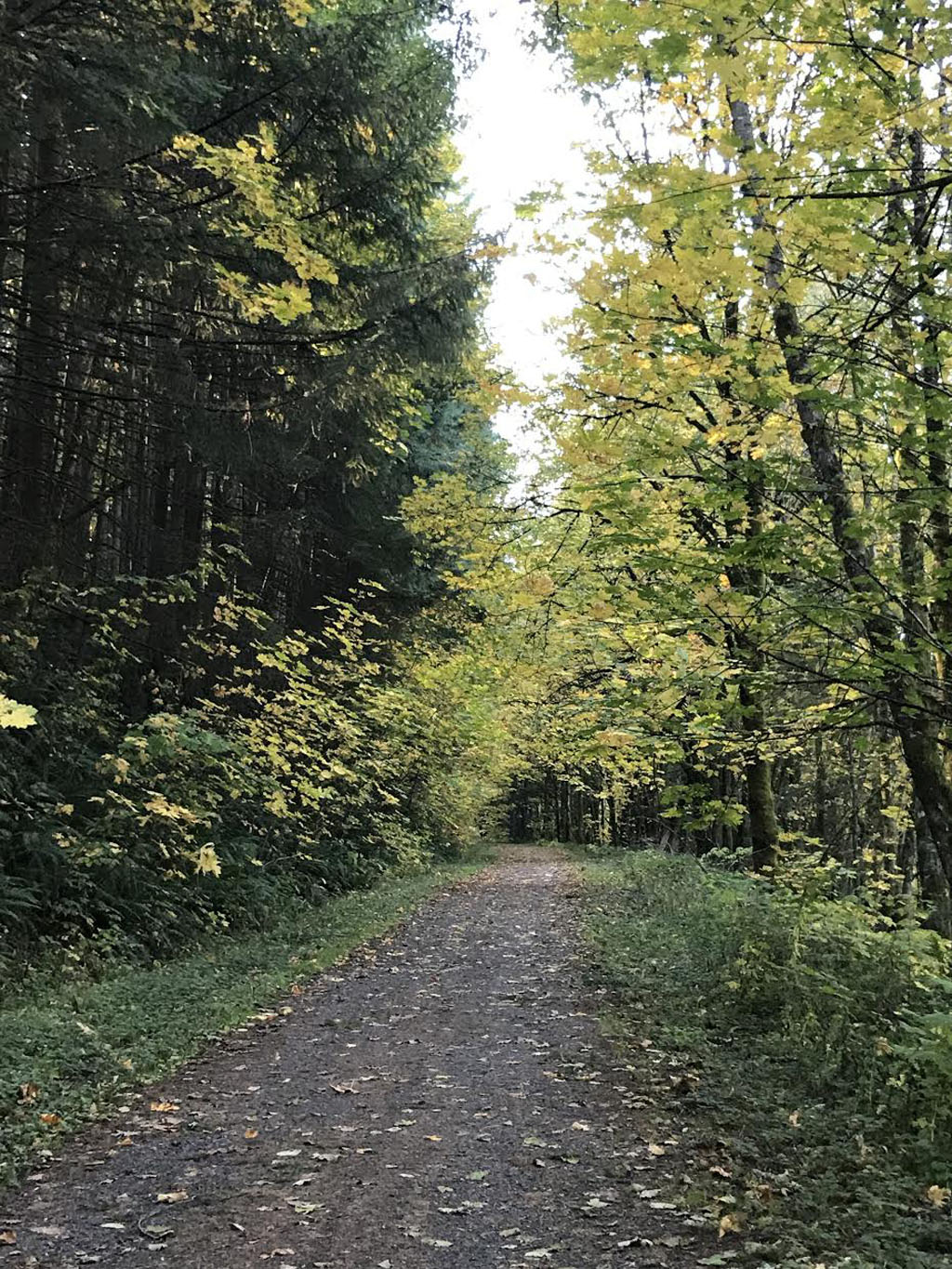 We’ve done this hike a bunch of times. It’s a deceptive workout. It doesn’t feel all that strenuous and sometimes I kind of think it’s not worth a hike because the calories won’t be in there. But sometimes it surprises you and you do get a decent workout from it. 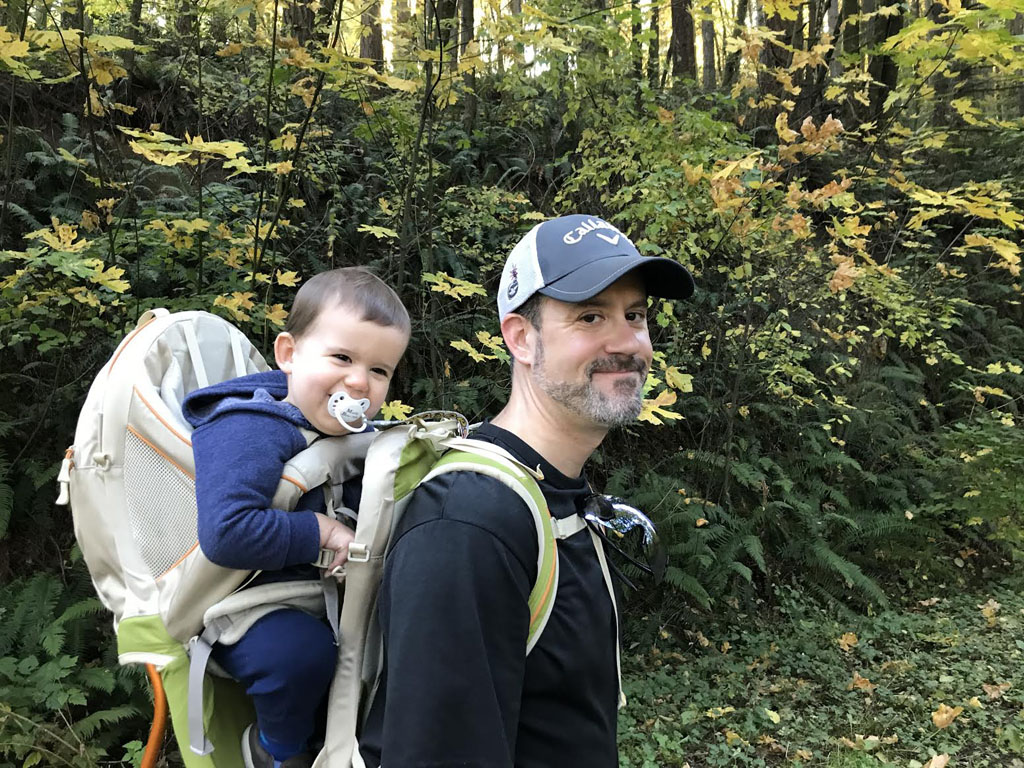 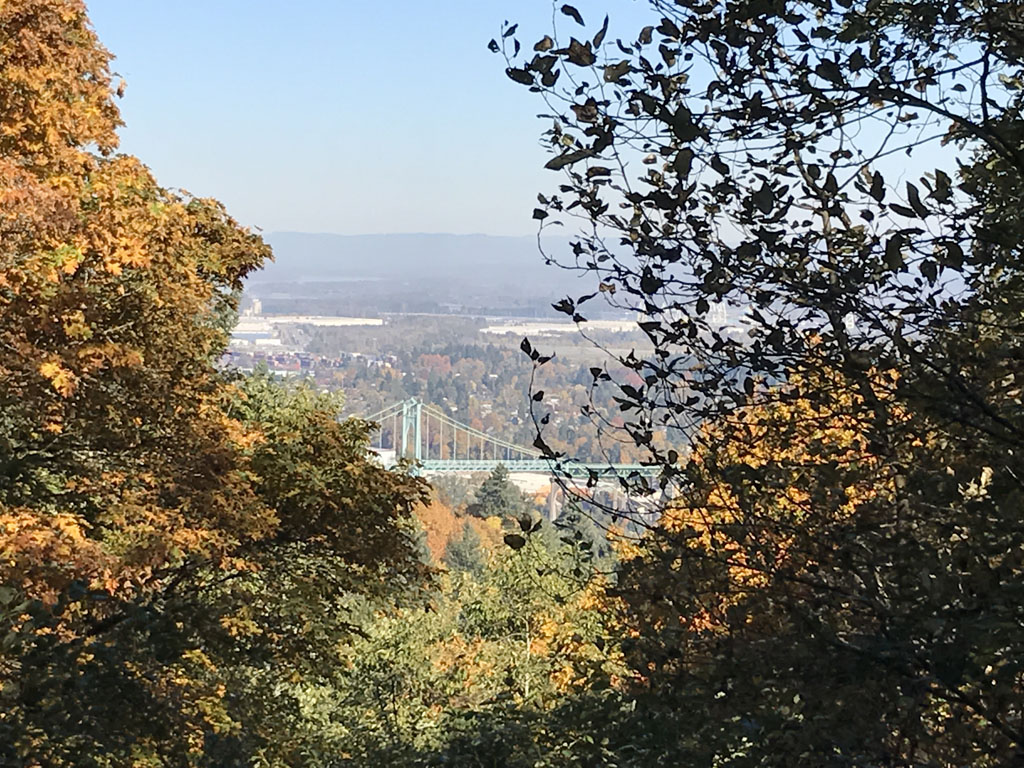 There were beautiful fall colors everywhere. It was a nice day for a hike. The trail wasn’t too busy, which was nice. Logan was doing well so we kept going past where we usually turn around. 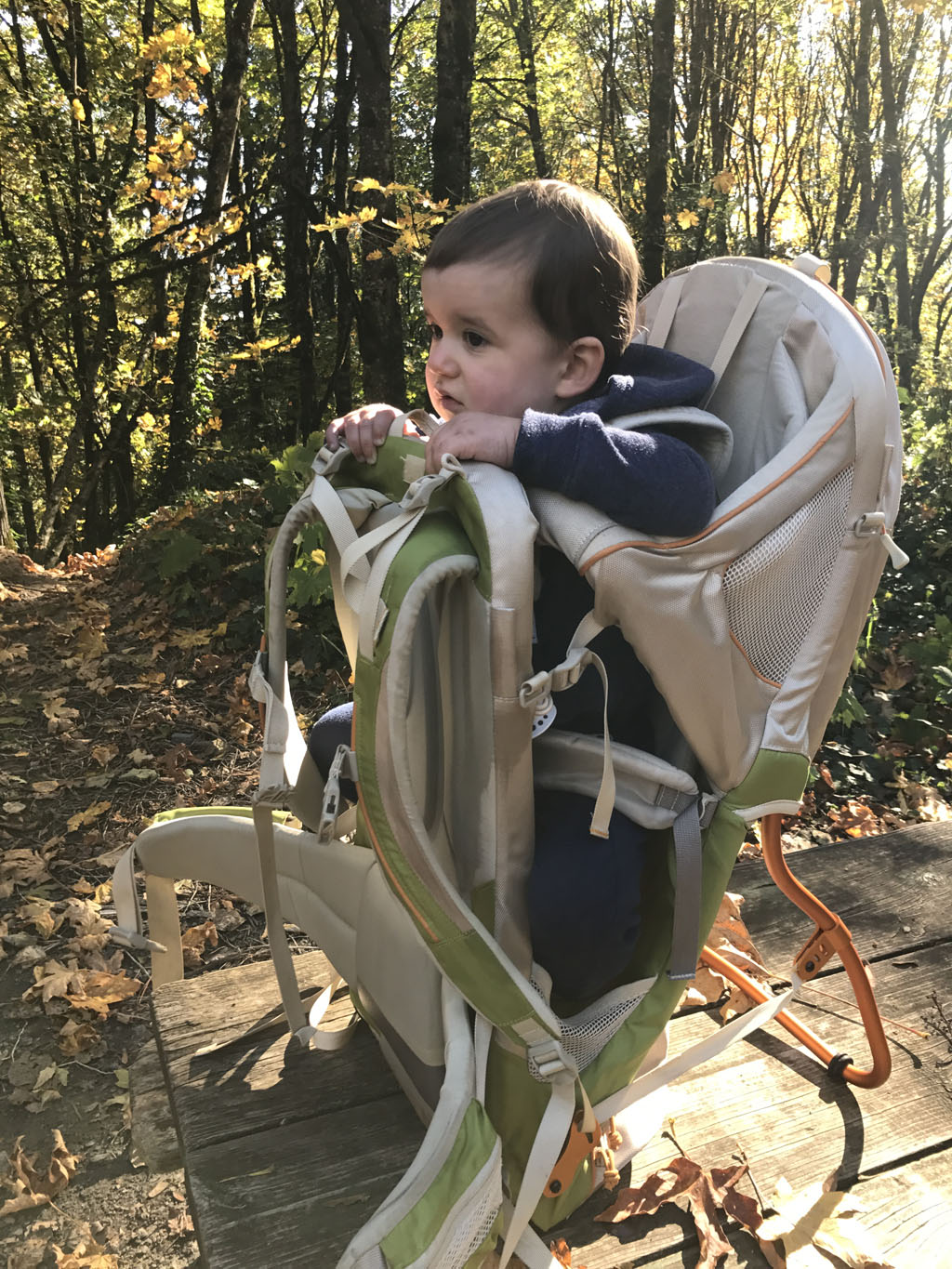 We ended up doing the whole hike! I’ve never done it before–Michael did it once before without me. It was just under 6 miles round trip. Towards the end of the hike we let Logan out of the pack and he “hiked” for almost a mile. 😉 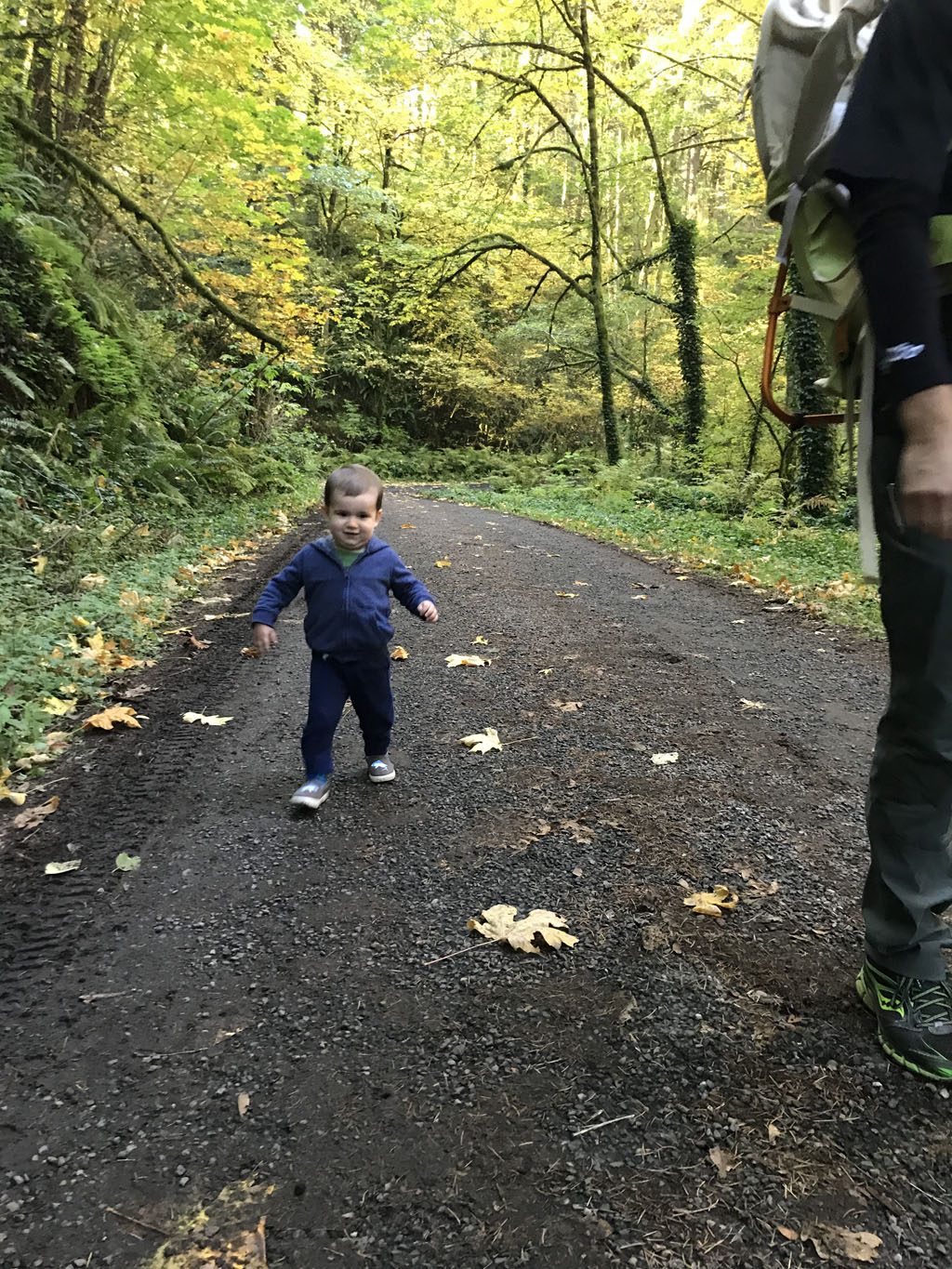 So we ended up hiking 5.75 miles! It might be the longest hike we’ve done in a long time. Like I said–this was deceptively hard. I ended up burning a pretty good calorie number. 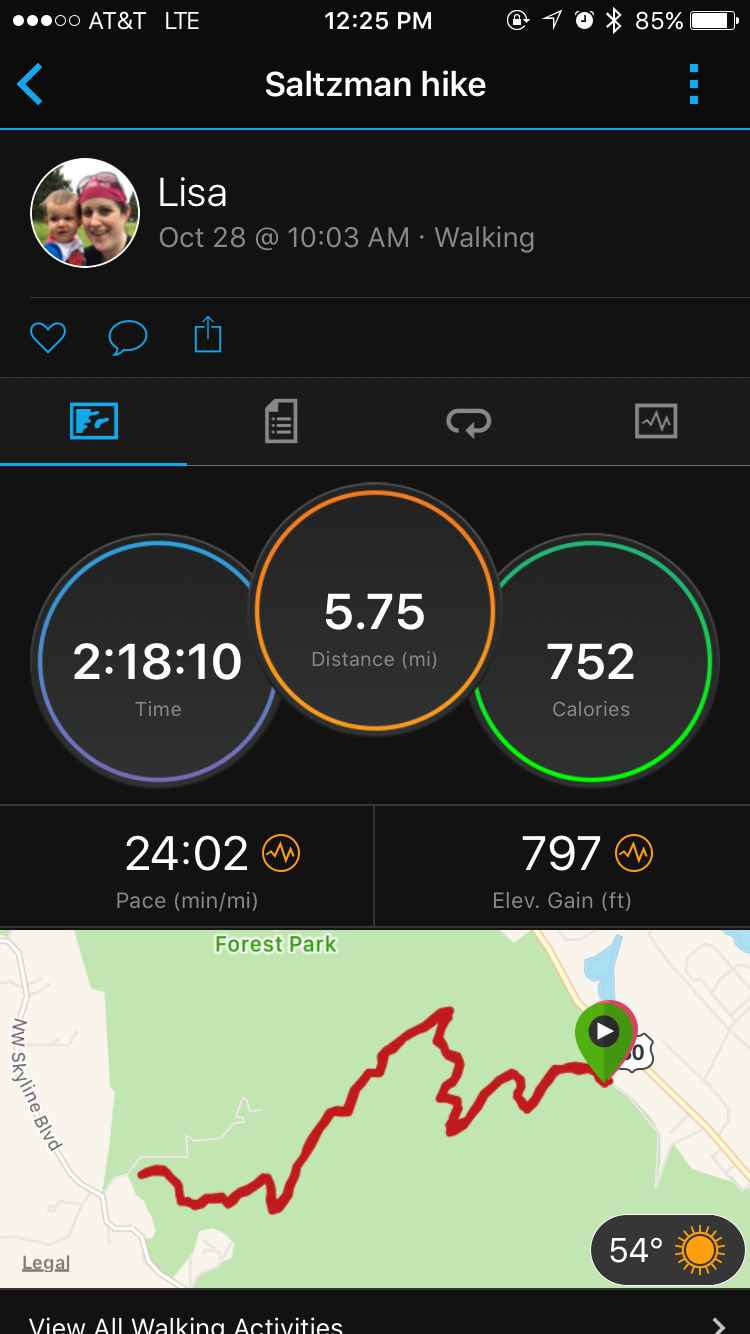 My shins and calves were SO SORE afterwards.

After the hike we headed home for lunch, naps and showers. Logan was wiped out and fell asleep in the car on the way home. Unfortunately, when he woke up from his nap he was sick and we ended up spending a few hours at urgent care. 🙁 He’s ok, it’s just a virus, but it made for a bummer for the rest of the weekend. We left urgent care at like 8pm and got drive-thru burgers for dinner. Boo–so much for the diet for that day.