If you’ve never tried a TENS Device you are missing out, baby. 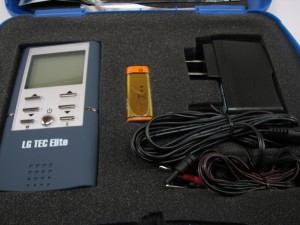 I’ve experienced TENS a few times, at chiropractic appointments and also recently when I had acupuncture again. It’s a little device that sends electrical stimulation to the muscles. It can be used for joint pain (arthritis), chronic injury and muscle soreness.

Michael recently purchased a device for us to use at home. He bought it for his back. After testing, treatments and X-rays he found out he has scoliosis which is messing up his back muscles. The tens treatment should help. At the very least, provide some relief from the pain he’s experiencing.

I for one am totally excited about using the device to work out aches and pains. This little device will do wonders for both of us. For example, we both work desk jobs in front of a computer and as a result we both have huge knots in our shoulders. Even massage therapy hasn’t gotten those knots out. I think this will help. After my acupuncture appointment where she used the tens device I felt like a million bucks. My aches and pains were gone. 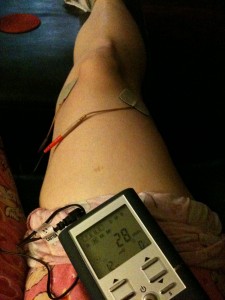 How it works is that you put the sticky patches on your skin in the area to treat and plug the electrodes into the patches. 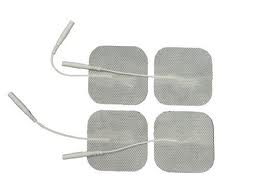 Then turn the device on and slowly increase the number until it’s comfortable. Here’s a guide of where to put the electrodes: 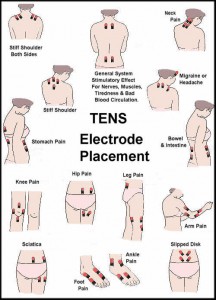 Last Friday night I sat next to the fireplace with Michael and we watched Harry Potter and the Goblet of Fire. I used the TENS device on my leg. I’ve been running a lot more lately and I noticed my knee was starting to have issues again. I just chilled and let it do it’s work. It feels weird. It’s a pulsating, vibrating sensation. 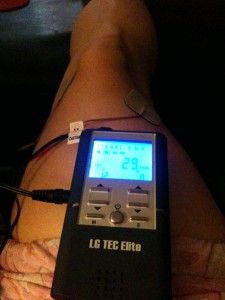 My muscles twitched like a beating heart until I turned it down a little bit. It was bizarre to look down and see my leg muscles pulsating but cool too. I hope to see some progress in our differing pains.

After the relaxing electrical stimulation we made a homey dinner of New York Strip steak with some Gorgonzola cheese on top. I steamed some broccoli to go with dinner. The steak was pretty big so we split it. 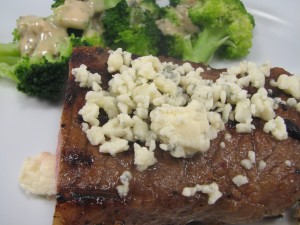 I made a salad with half a serving of Craisins, chopped cashews and yellow peppers. A glass of Sangiovese complimented the steak nicely. 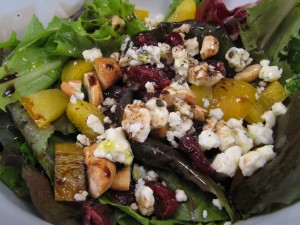 There’s nothing better than good food, a fire in the fireplace, romantic partner to watch a movie with and….electric shock therapy. Winning!

QUESTION: Have you ever used a TENS device? What did you think?

Tuesday I woke up at my normal time and felt a whole lot better. The acupuncture and tens treatment I’d had Monday worked wonders. I had a new-found love of acupuncture. Now I want to buy more Groupon and Living Social deals for acupuncture treatment and do it more often.

I had an appointment mid-morning so I headed to the gym before that. I hopped on the treadmill for a four mile run and felt great. My sacrum irritation that had been bugging me for a few days wasn’t present. My knees felt good. It was an all around good workout. Loving running again! Even if it IS on a treadmill! I followed up with free weights afterward. I wanted to skip the machines and just focus on my arms. I was doing so good before I took a break from lifting weights. 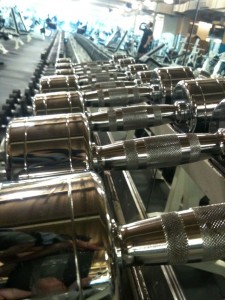 I decided to do a Nike Training Club workout for the arms–only 15 minutes but it was a good little workout. 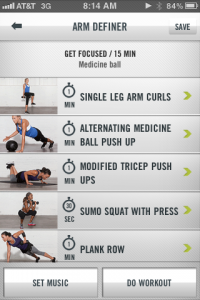 I modified the medicine ball push-up and instead did regular push-ups. It was just more comfortable for me. Things that require a lot of balance aren’t my thing. 😉 Just ask Michael. 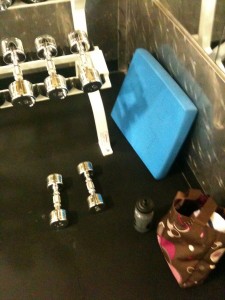 It was a great sweat. I felt good getting my workout done early and having the rest of the day for appointments and then a work training.  If you’re a fitness nut, how do you get in extra focus on a certain body part? Any websites or workouts you prefer for arms? 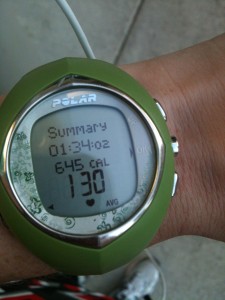 Tuesday evening Michael and I headed out for the Chuck Palahniuk reading and signing for his new book! It was held at the Bagdad Theatre. I’ve been a huge Chuck fan for years. The first book I ever read of his was Invisible Monsters and it was so different and so disturbing and moving that I fell in love with him as a writer. I devoured the rest of his books (except for Fight Club–haven’t read it yet and not sure I want to because I love the movie so much). 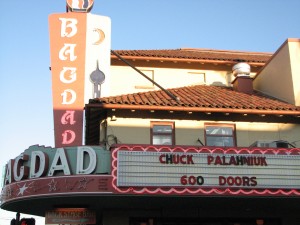 We got there thirty minutes before the doors opened and got in line so we’d get good seats. And we did get great seats, only a few rows from the front. 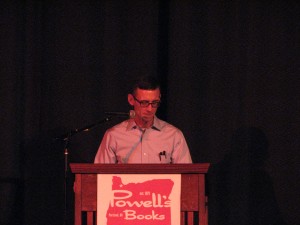 There was another writer there for the Q&A and I’m really interested in reading her book now too. It sounded like she was a great writer. They introduced Chuck and they did a Q&A first. It was hilarious! He was such a great speaker: entertaining, funny, offensive. The questions were from the Powell’s website and they varied from idiotic to funny. 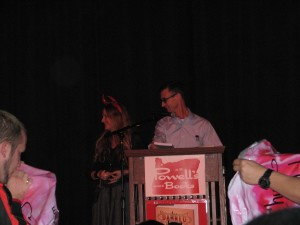 Then Chuck read a short story that he wrote. I guess on his book tours he writes a new short story and reads it to the audience instead of reading an excerpt from the newest book. 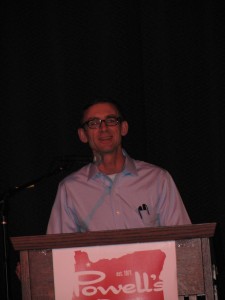 The short story was funny, offensive and bizarre but he’s such a good writer and speaker it sucked me in immediately. Despite it’s offensive nature it had a sweet message at the end. Then they tossed out souvenirs to the crowd–a giant inflatable brain signed by Chuck (which Michael caught) and a giant inflatable skeleton (which I caught). We also got signed copies of his newest book, Damned. I can’t wait to read it!

After the show Michael and I stopped at Dot’s Cafe for dinner. It was late and not much was open. 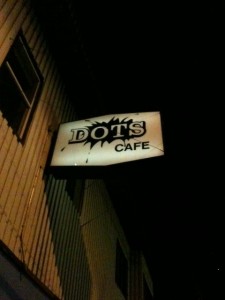 I ordered the BLT sandwich. For some reason nothing really appealed to me. I was hungry, for sure, because I hadn’t eaten since about 4pm. But nothing sounded good. So BLT it was. 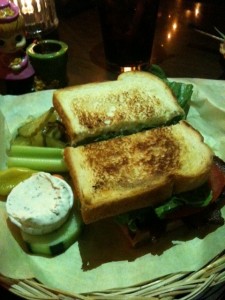 Sometimes basics are good. The night ended happy. I was so glad we’d gotten tickets to see Chuck! It was a fun, different kind of Date Night. 🙂

QUESTION: Are you a Chuck fan? What’s your favorite book?