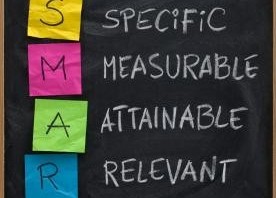 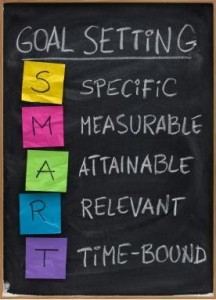 First, thank you all for the kind comments on the post about Michael’s job. I appreciate the supportive suggestions. I think we will be okay. The common theme of comments was that Michael needs to stay busy while he’s looking for a job. I think he’ll be really productive. He was unemployed about 10 years ago and he says that he regrets not using that time wisely. Since he’s known that the lay off was coming, he’s made a list of all the home and self-improvement things he wants to accomplish. I think he’ll be successful in those things.

I’ve never been unemployed as an adult, so I can’t even imagine the stress and devastation Michael is feeling. The one time I got laid off I was still living at home. I was heartbroken and upset but I didn’t have the extra stress of having to make rent payments (thankfully).

Okay, enough of the heavy stuff! Let’s talk about something fun. BEER.

I associate January with beer. I think part of the reason is that our tradition is to go to Bend in January to play in the snow. Deschutes Brewery is one of my favorites and we always drink beer in Bend! Good stuff! The January is Beer Month began on Friday the 13th with my friend Robyn’s birthday celebration. It was her 40th birthday party and she had it at the Pyramid Alehouse here in Portland. 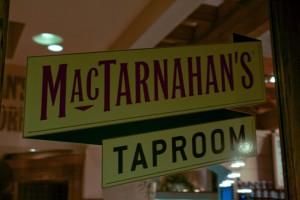 Robyn has been a really good friend for over 10 years now. In fact, she was laid off from her job this time last year, too, after working there for like 12 years. She has spent her time unemployed going back to school to change her career. I think that’s a fantastic and incredibly brave thing to do! 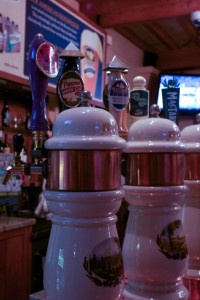 I got off work an hour early to fit in my swim before Michael and I headed to the brewery. I wore a new outfit that my mom had gotten me for Christmas. A Merino Wool sweater and a new skirt. 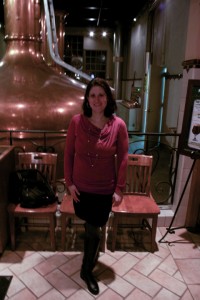 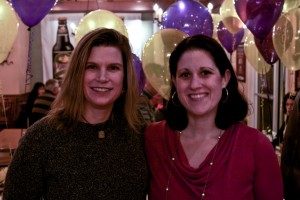 It was a cute place in the Industrial area of town. The party was a lot of fun. Michael and I had a budget for the night of $30. We successfully enjoyed ourselves and came in at $25 for the night! I sampled a few of the beers before deciding which one to get. 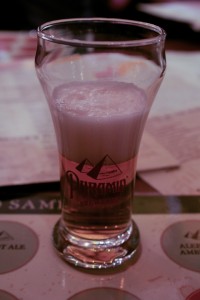 We split a burger and fries. Not only did splitting the entree save our budget but it saved some calories too. I enjoyed the burger, even though it was a little overcooked for my tastes. It had a smokey flavor that I enjoyed. The fries were rosemary and garlic flavored. 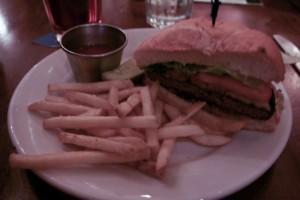 Michael had the Thunderhead IPA beer. 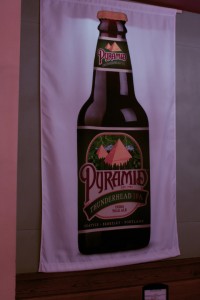 I had one Pyramid Outburst Imperial IPA. LOVED it. It was a dark red and deliciously hoppy. And also 8.5%–which is why I only needed one of those babies. The beer was sweet and crisp. 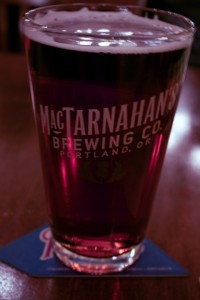 On the way home from the party, Michael and I stopped by the store to grab some ice cream as a treat. We did come out under our $30 budget so dessert was an option! The ice cream at home wasn’t quite the same as the awesome dessert Robyn had, but she was the birthday girl! 🙂 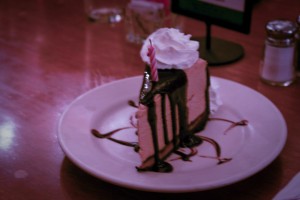 It was such a good night. I was happy to be able to celebrate with Robyn and have a nice night out without breaking the bank.

QUESTION: How do you tighten your budget? What’s your favorite beer?