Michael and I have been together for 2 1/2 years but this year marks our first “real” Thanksgiving. The first year we were dating I drove home to Seattle to be with the whole family. Last year Michael and I were on our own and decided we’d skip the turkey and make pork chops with mashed potatoes. The pork chops were not a success. 😉 But it was still fun. 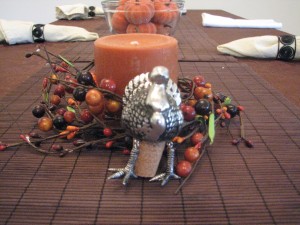 A few months ago we decided to host our first Thanksgiving–officially; with turkey and gravy and the whole thing. We wanted to invite friends over who didn’t have anywhere else to go. 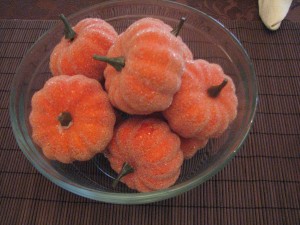 I got excited about the prospect because I used to LOVE throwing dinner parties and potlucks. We invited our friends and gave each of them to bring something. We took care of the turkey, the vegetable dish, and the appetizers.

I put together three appetizer plates. There were 7 of us total and I wanted to make sure there was enough food for everyone…plus the turkey was an “Unknown”…Would it turn out? Would it be edible? If it’s not edible what do we feed our guests?? 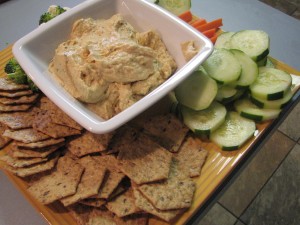 So we had tons of veggies and crackers to munch on with Buttermilk Ranch Dip, Creamy Hummus, and a homemade smoked salmon and cream cheese spread. It was all delicious! About half of the veggies were eaten by dinner. There are still tons of leftovers (yay). 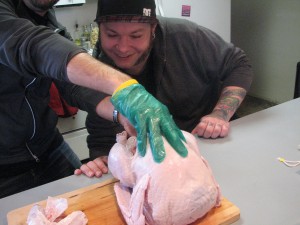 Michael and his friend Josh were in charge of getting the bird ready. Michael cleaned it and seasoned it, then they tied it together and put it in the oven bag. 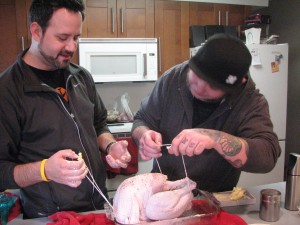 It was quite the show as they tried to figure out how to tie the bird up. As per usual in every party situation–everyone was in the kitchen. That seems to be the mecca of all parties. At least, it always was with my family growing up! 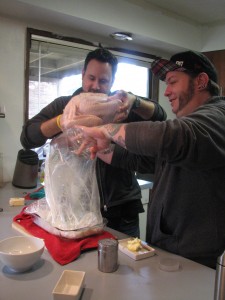 We got an 11 pound turkey and the instructions said to bake it for 2 1/2 hours. At an hour in Michael checked on the turkey with the meat thermometer. It read 176 degrees. There was no way it was already cooked after just one hour! All 7 guests weighed in with opinions, phone calls were made to various family members and the concensus was that there was no way it was done. I made an executive decision to put it back in the oven for at least the time it took for Josh to make his stuffing and mashed potatoes. 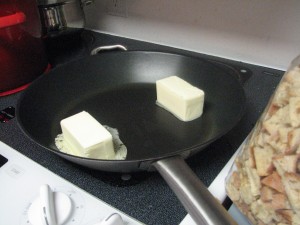 Yes, that is two sticks of butter. Holy moly! Josh made the stuffing. He brought regular plain stuffing and some leftover cornbread to use in the stuffing. He’d already browned the ground sausage, measured out the spices, and brought a Tupperware container of all the veggies to go into the stuffing. He also added cashews! That was a fantastic addition. He melted the sticks of butter in the skillet, cooked the veggies (celery, onion, red and green peppers) and then mixed it all together with the minced garlic. He added that to the stuffing (along with two cans of Cream of Chicken soup). 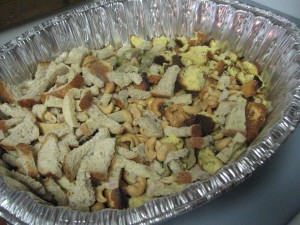 It was popped into the oven next to the turkey to bake. Next up: mashed potatoes. 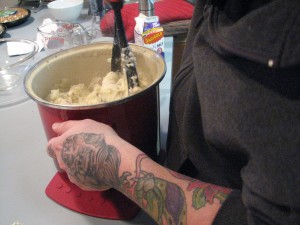 Garlic and Parmesan mashed potatoes to be exact. Around this time, it was clear that the turkey was almost done. Michael got the crescent rolls ready to go into the oven when the turkey got out. I chopped up the onion and zucchini to go into the green bean saute. 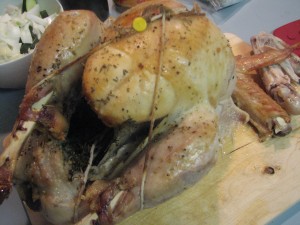 The turkey was done! And it finally LOOKED done! The boys all took turns carving the turkey. Michael’s old roommate Shoe: 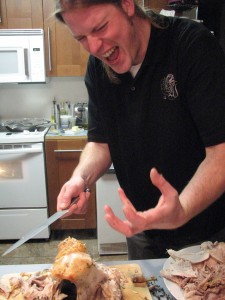 Plus Josh took a turn at carving the turkey. Who knew it was such a coveted task? Men! 🙂 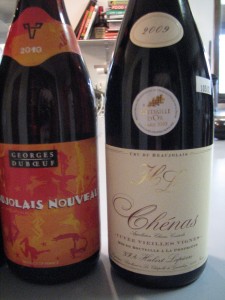 Speaking of Shoe, he brought over three bottles of excellent wine. One was a special seasonal wine that was only sold 2 weeks before Thanksgiving. When I started to tell my brother about it he knew exactly which one and rattled of the name. It was pretty funny. I had some of each bottle and it was fantastic! 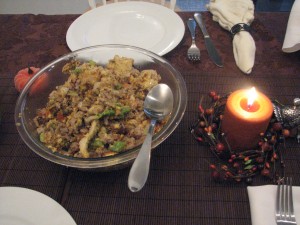 Everything ended up being finished at the same time and made it to the table without stress. The stuffing was awesome. I loved the cashews in it. 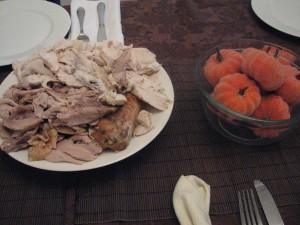 The turkey was delicious and not dried out. Bonus: no one got food poisoning. 😉 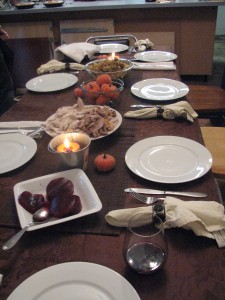 Next time I’d add garlic to the green bean saute but it was still good. 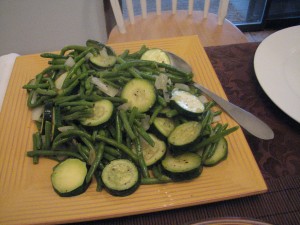 All of the food turned out wonderfully. I am so happy that nothing got ruined (or inedible). 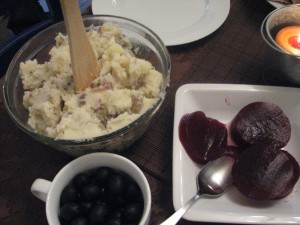 I think I’m the only one that ate the cranberry from the can. Oh well! I like it. It reminds me of my childhood. 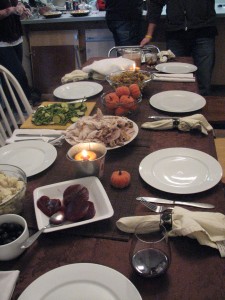 Everything turned out just as I imagined it. I felt truly blessed and thankful for the friends that joined us. 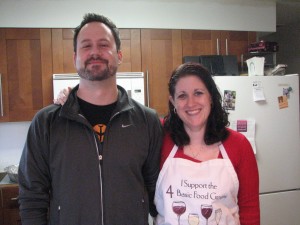 After dinner we ate pie! Apple and pumpkin to be exact. 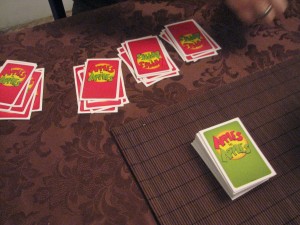 Then we played a few rounds of Apples to Apples before everyone headed home. 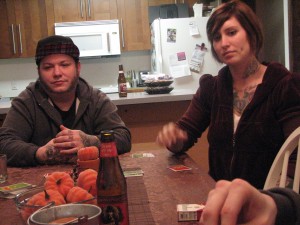 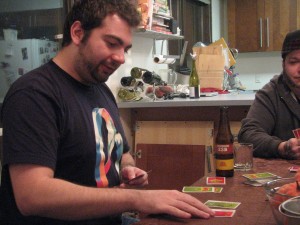 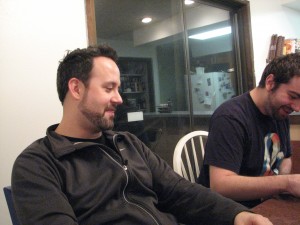 QUESTION: How was your Thanksgiving? And how did you prepare the turkey?