After biking 30 miles in the sunshine we decided the next best thing was to drink beer in the sunshine! Michael and I headed downtown to meet up with our friends at the Oregon Brewfest on the waterfront. We parked across the river and walked the 1.25 miles or so across the Hawthorne Bridge and somehow managed to find out posse in the throng of people. 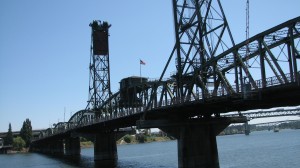 Usually we go to the Brewfest on Friday (it’s always the last full weekend in July) but this year we weren’t going to be able to do that so we bumped it to Thursday. We thought that would be a good idea–beat the crowds! Unfortunately I think everyone else in Portland had the same idea because when we got there it was PACKED. Like Friday evening packed. I was shocked. 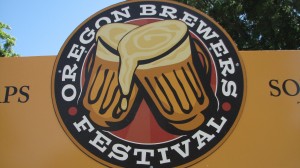 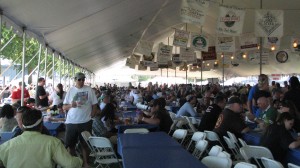 Michael was ready to eat someone’s arm so the first thing on the agenda was food. I was happy to oblige because I knew I was teetering on the edge of “Crazy Hunger Freak” too after our 30 mile bike ride. I surveyed the options and got a lamb gyro that was dripping in sauce. It totally hit the spot. 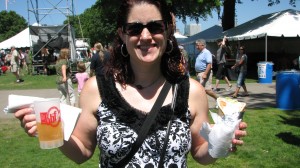 Michael grabbed a hot dog from the Gustav’s tent and I think we ate our lunches in seconds flat. Next up: tasting. 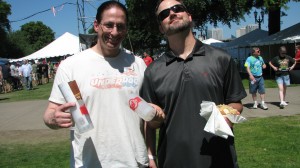 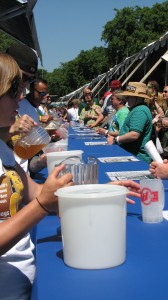 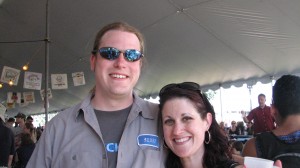 My friend Greg met up with us after he got off work. 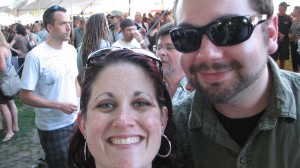 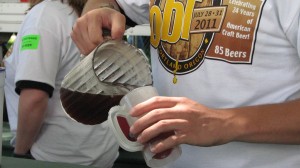 Michael’s friend Jeremy was there with us and he brought his friends who were visiting from England and Ireland. His friend Max also brought Voodoo Donuts! He’s definitely a keeper. 🙂 (Michael and I split a donut.) 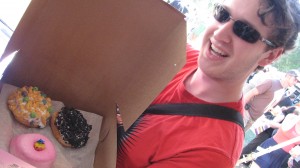 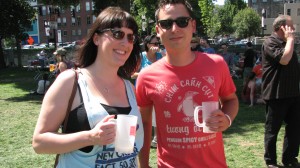 I ran into some old coworkers and friends, plus my friend Robyn was there! It was clearly the place to be on a Thursday afternoon! I like it. 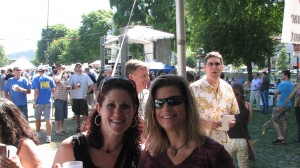 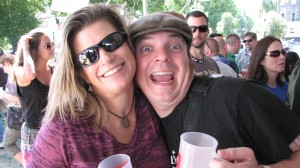 So how was the beet this year? This is I think the third year I’ve been going to this event and I think last year was by far the best–we had a great time, lots of friends joined us and the beer was exceptional. This year’s selections of beers didn’t really stand out for me. I can’t name one beer that I MUST TRY AGAIN. 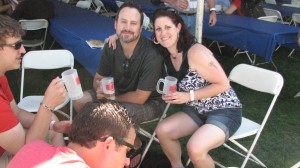 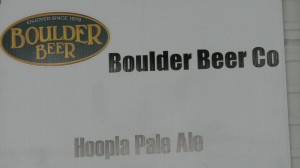 And quite a few that I did not like at all. (Pelican Pub & Brewery Ankle Buster Belgian Ale; Surly Brewing Hell; Anderson Valley Brewing Summer Cream Ale; Bison Brewing Co Honey Basil Ale)

But nothing really caught my fancy. I did branch out and try some things I wouldn’t normally try. For example, ESB (Extra Strong Bitters) are not really my thing. But I tried the Mad River Brewing Jamaica Sunrise ESB  and was surprised at how lovely it was. 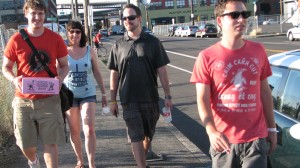 After the Brewfest we walked back across the Hawthorne Bridge to get happy hour dinner at Clarklewis. BOY was there a change since the last time we were there. It was only a few months ago and we had such good service and outstanding food. Thursday night? Not so much. The service was lame, the waitress screwed up several of our orders–including not bringing out a friend’s order at ALL and then forgetting to remove the charge from the bill. The food was lackluster at best. 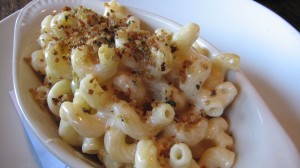 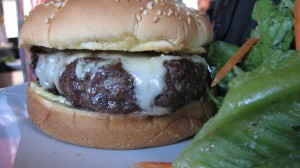 The mac n’ cheese was just okay. The burger was so overcooked I almost didn’t want to finish it, but we didn’t have time to send it back for another. I am so so disappointed. Did they change chefs? What happened to the delicious restaurant we went to in March?! 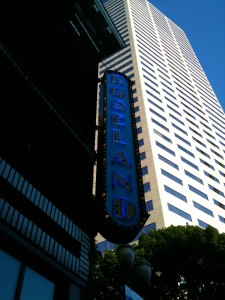 After dinner we headed to the Roseland on Burnside to see Queens of the Stone Age. Because dinner took longer than expected we missed the opening band, which several of us wanted to see. 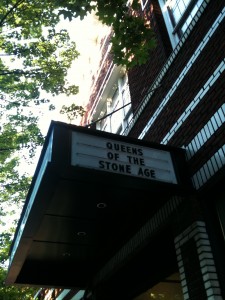 The show was really good. The crowd was energetic, the music sounded great. The Queens of the Stone Age are definitely a fun band to see live. And the nice thing about concerts at the Roseland Theatre is that they are very intimate. You can get pretty close to the bands. I’ve seen a bunch of shows there and they are always fun. 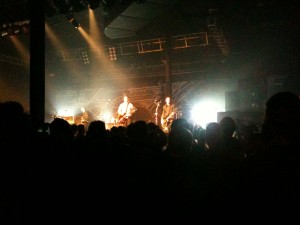 Even though the band was great live, the day was fun and the company was nice, I was utterly exhausted by the time we got to the show. 30 miles on the bike, lots and lots of walking and drinking beer in the sunshine = a sleepy Lisa. 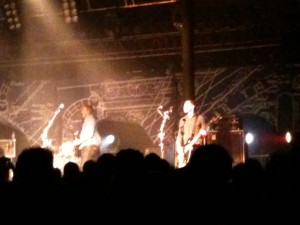 So the fact that the show was early and ended by 9:30 was no problem for me! All I wanted to do was go home and crawl into bed!

QUESTION: What’s your favorite summer beer right now? Are there any annual traditions in your neck of the woods?

4 thoughts on “Brews and Queens”