My “cheat” meal this week was a little different. I decided to split it between lunch and dinner.

I took Friday off as a me day. I went to physical therapy, then to the gym, ran a few errands and spent the rest of the day relaxing on the couch cuddling with Bella and Yggdrasil and catching up on TV shows. (Currently LOVING Feud!!) I decided I wanted a burrito for lunch (I used leftover shredded chicken in my tortilla) and had some chips and salsa. Then for dinner Michael and I had pork tenderloin and some Trader Joe’s garlic fries. I really wanted mashed potatoes but the fries were a good substitute.

The last few weeks my cheat meals were pizza or a burger on a bun with a beer. Those were very satisfying.

New To Us This Week

After our hike on Saturday, Michael made cauliflower pizza for the first time. I’ve never had it before. Here is the recipe Michael used: 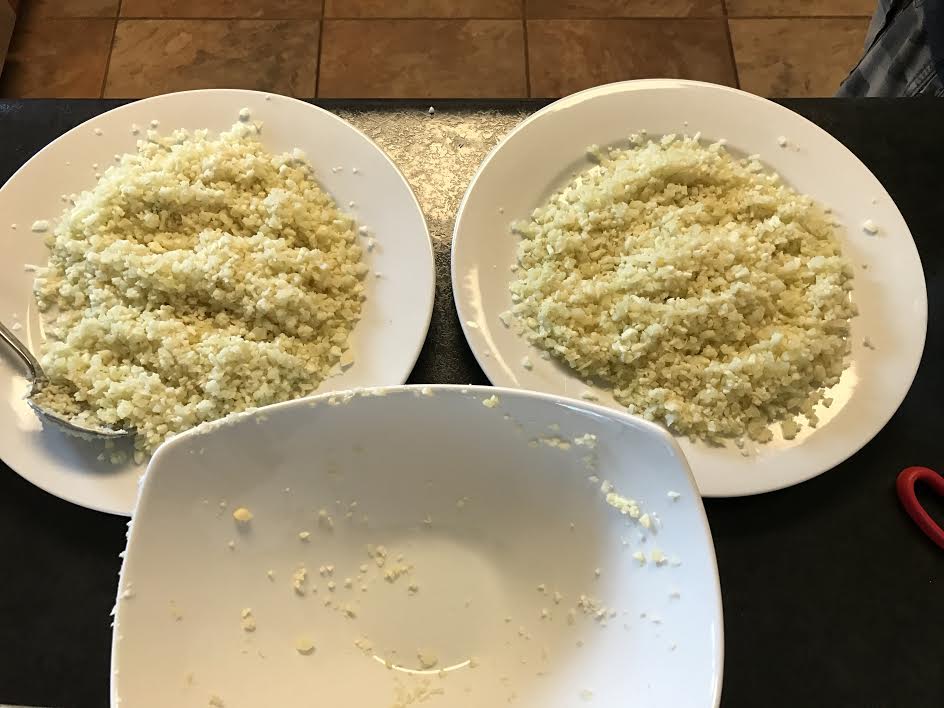 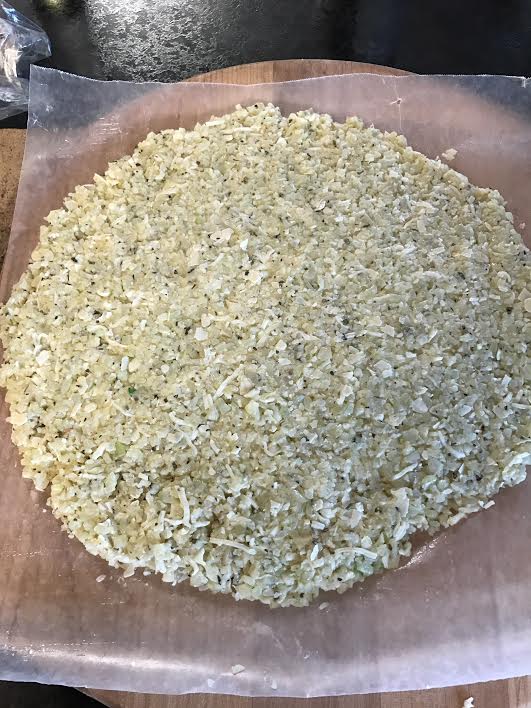 I opened a bottle of wine that we bought for my birthday in January: 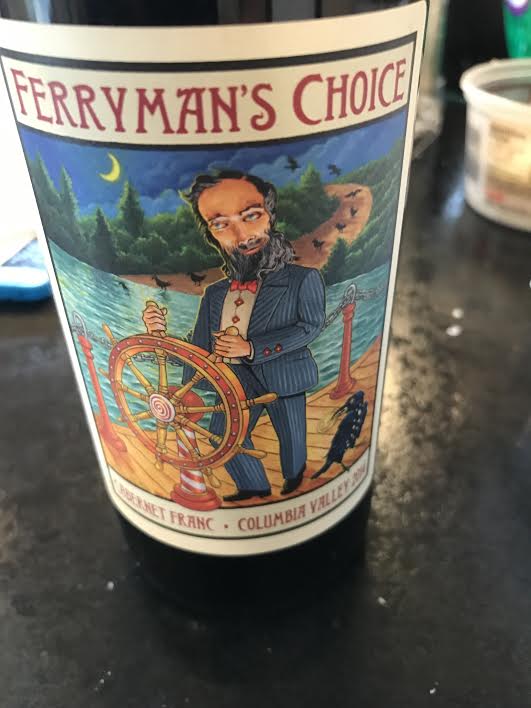 It was a small pizza, perfect for two people. It turned out pretty good! The downside? It was very time consuming. Michael worked really hard on the pizza and the second downside was the crust stuck to the parchment paper after it was cooked, so that was difficult. We eventually figure out how to salvage the pizza and the paper off the bottom. 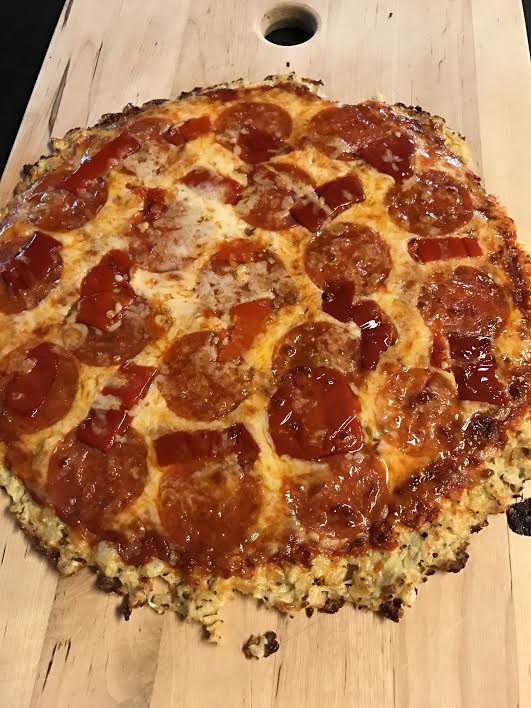 How did it taste? Pretty darn good. It was really tasty, much better than I was expecting, but was it as good as a bread pizza? Not quite. Michael thinks we should try again and maybe make the cauliflower a little smaller, and make sure ALL the water was out. I didn’t help much, I was on Logan duty, so I’m not sure how the process went but I think for a first attempt, this was pretty good. 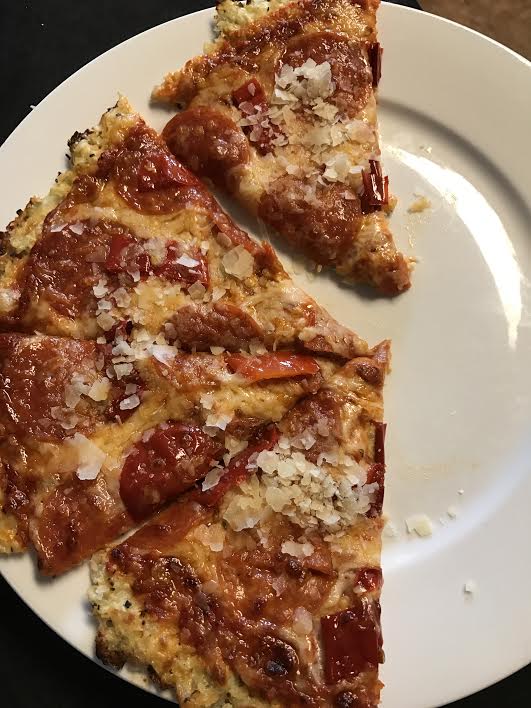 The first challenge was cravings. I was feeling a bit run-down for some reason and even though I haven’t been having cravings since those first few days of quitting bread, I started to crave bread. No idea why! I was doing really well, not missing it too much. Then boom. I wanted a grilled cheese sandwich with tomato soup (which is surprisingly high in carbs! Why?! I don’t understand how tomato soup is almost as high as a sandwich) and then I craved pancakes and French toast! I resisted but I was seriously craving it.

The second challenge was Easter. We went to Michael’s mom’s house for brunch and I knew there would be lots of carbs for breakfast (it’s the same delicious meal every year). Michael did let her know we were doing low-carb and she made a carb-free egg casserole that was really good, so that was nice! I had salad, fruit, many deviled eggs, then the ham and egg casserole. 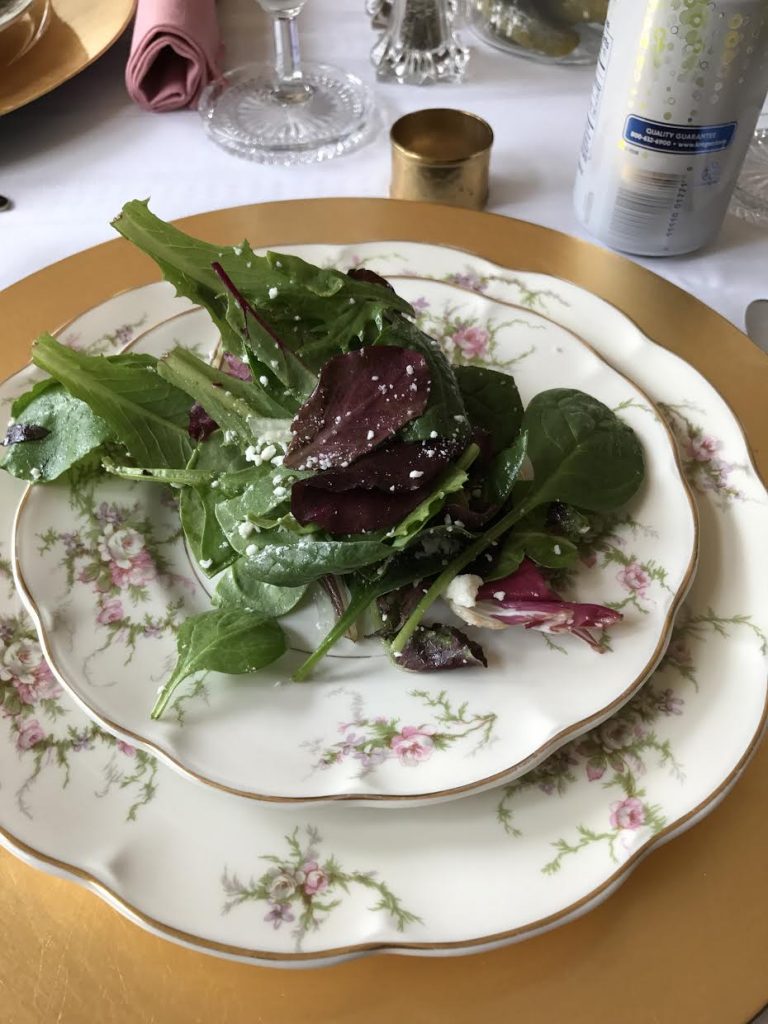 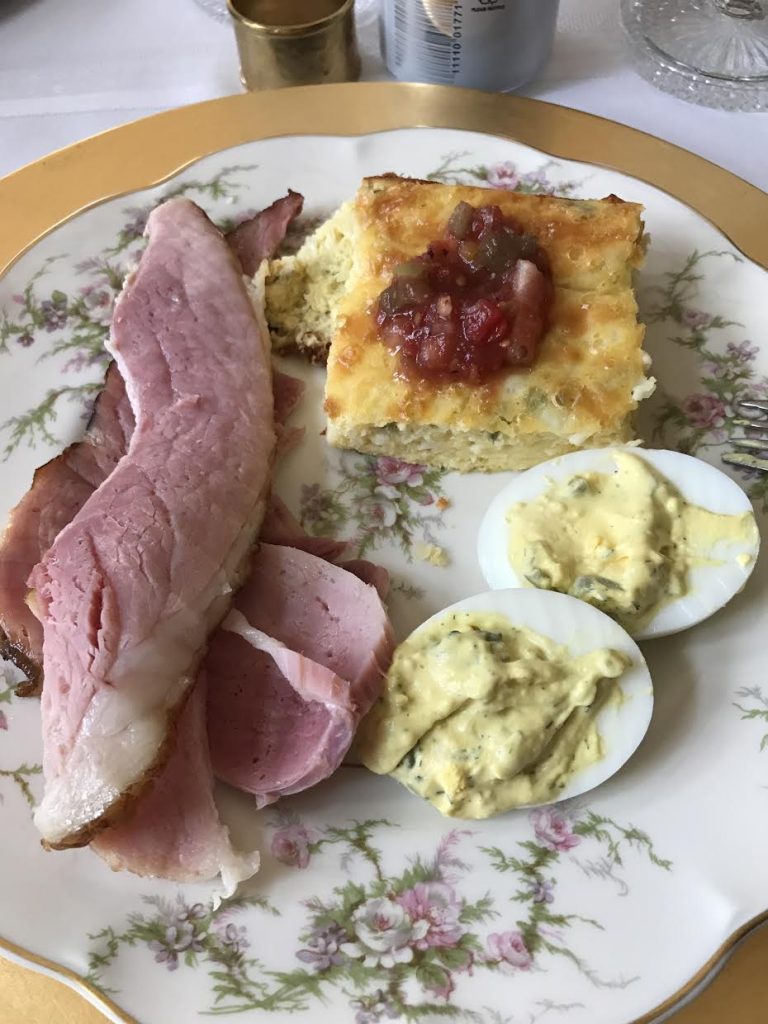 I skipped the delicious potato, sausage, cheese casserole and went with the egg casserole instead. I did “cheat” and have 1 mini cinnamon roll. It tasted really good, too. 🙁 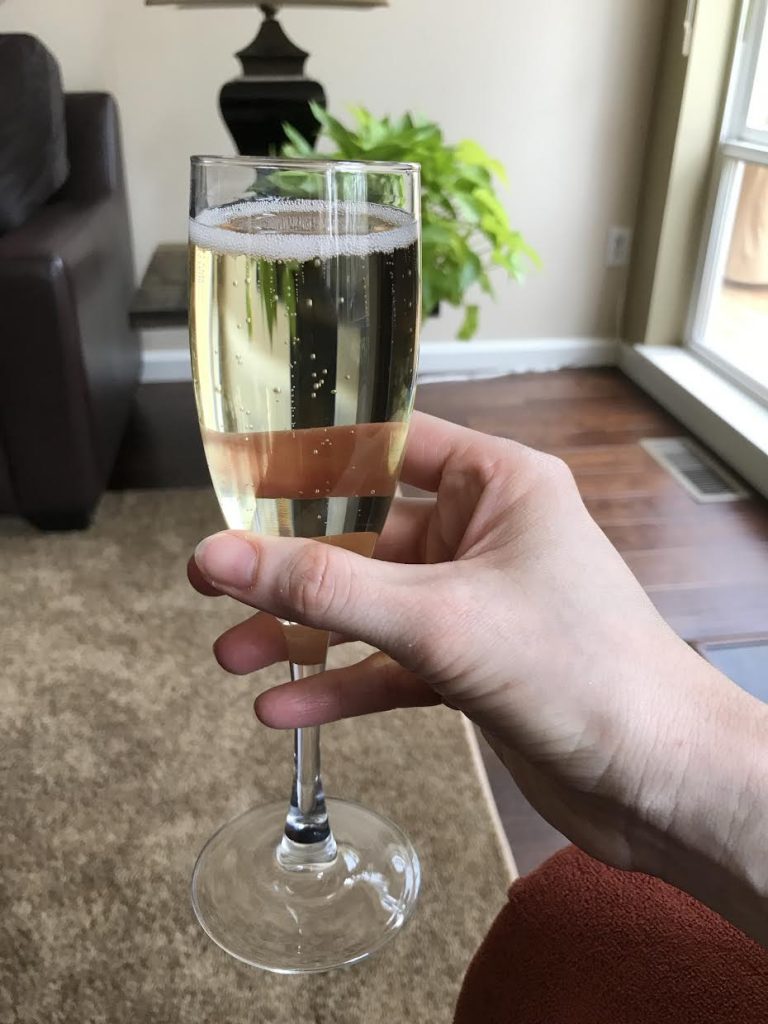 Several shirts and a pair of jeans (that have been slightly too tight for months) were suddenly very loose. YAY for NSV!

I’m up 1 pound this week. (Wine, ice cream, Easter candy…) I’m slightly disappointed, but am back on track and we’ll see how it goes next week.