The End of a Scale-Free Summer 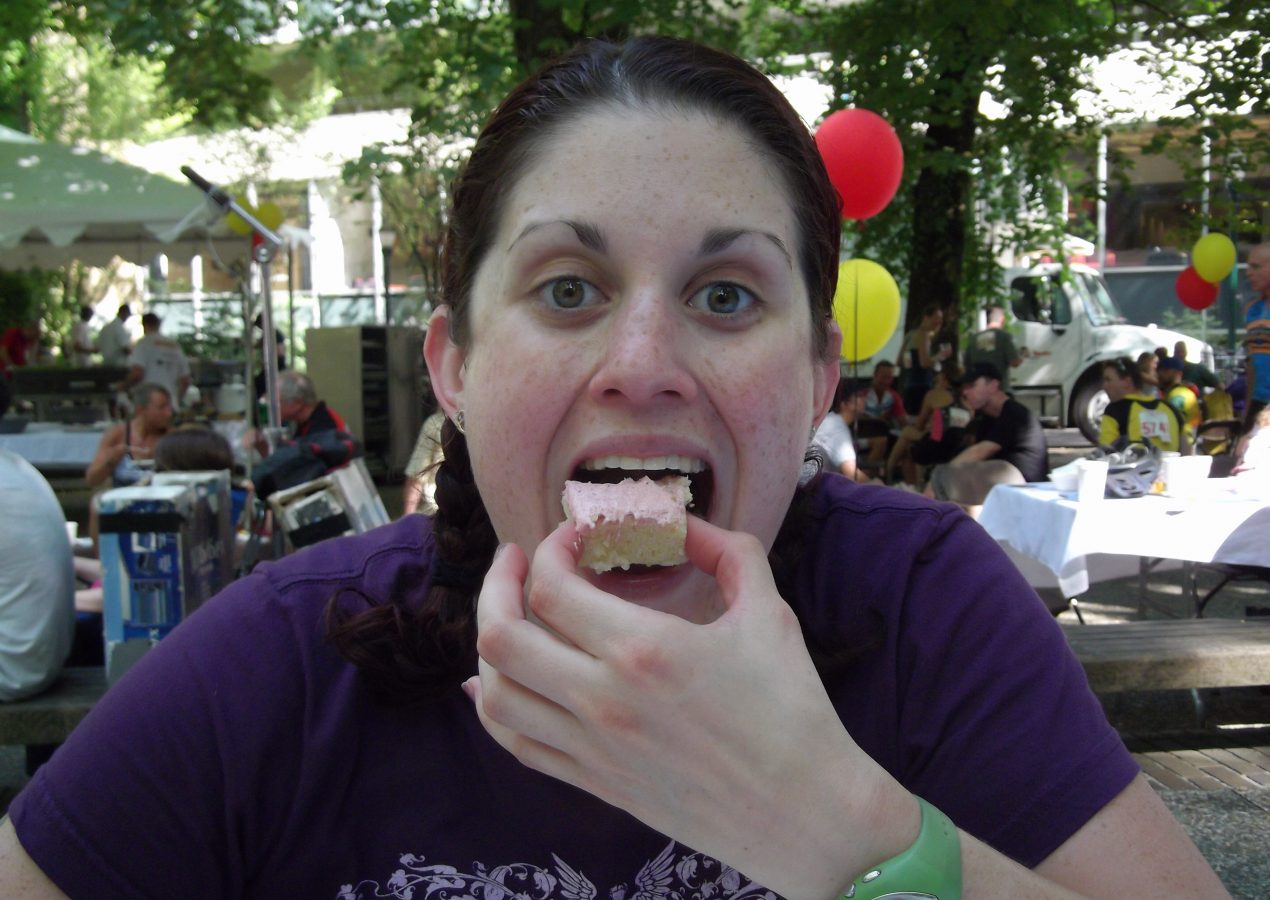 It began on June 1st–the start of an experiment. I was going scale-free for the summer. I was tired of giving that stupid little device so much power over my emotions. That number on the scale had the enormous potential of MAKING or RUINING my entire day. I had lots of anxiety about going scale-free. Would I gain a bunch of weight? Would this be a huge set back after how far I’ve come?

I was faced with a lot of challenges and temptations this summer. Road trips and lots of restaurant eating. I tried to make good choices when it came to eating out but there was a LOT of eating out. More than I would have liked, to be honest. But the food was good.

Not to say it was all puppies and kittens this summer. I did struggle with going scale-free in the beginning. I was convinced I had gained about 10 pounds. I was sure I could see it when I looked in the mirror.  Sometime around mid-July I made peace with it. I honestly FORGOT about the scale and forgot about how much I weighed. I stopped wondering what that number was, or feeling like I had gained 10 pounds. I just enjoyed the summer.

It was a refreshing feeling. Freedom. Freedom from feeling bad about myself based on a number. While I don’t think it’s wise to completely go scale-free for the rest of my life, I think I can go in spurts where I take a break from the scale. As it stands I’ll go back to weighing myself once a month if I feel like it.

So what was the outcome? What number was on the scale when I finally ended the Scale Free Summer?

I was 144.2 in June when I started this experiment.

After going Scale-Free for the summer: 144.4

Exactly the same as far as I am concerned. I might have fluctuated up and down a few pounds but I never saw it, so it didn’t happen. I ended exactly where I started in June. I am so happy that my experiment was a success. It gave me even more confidence that what I’m doing works– The affirmation that I needed. It proved to me that I’m secure in my routine, my habits, my life.

Where do I go from here? With the hard decisions I have about the gym situation, my hope is that my waistline is not affected by the hiatus. I will probably weigh-in for awhile until I figure out what my gym/workout decision will be just to make sure I stay on track.

QUESTION: Were you surprised by the outcome of my summer experiment? How often to you weigh yourself?